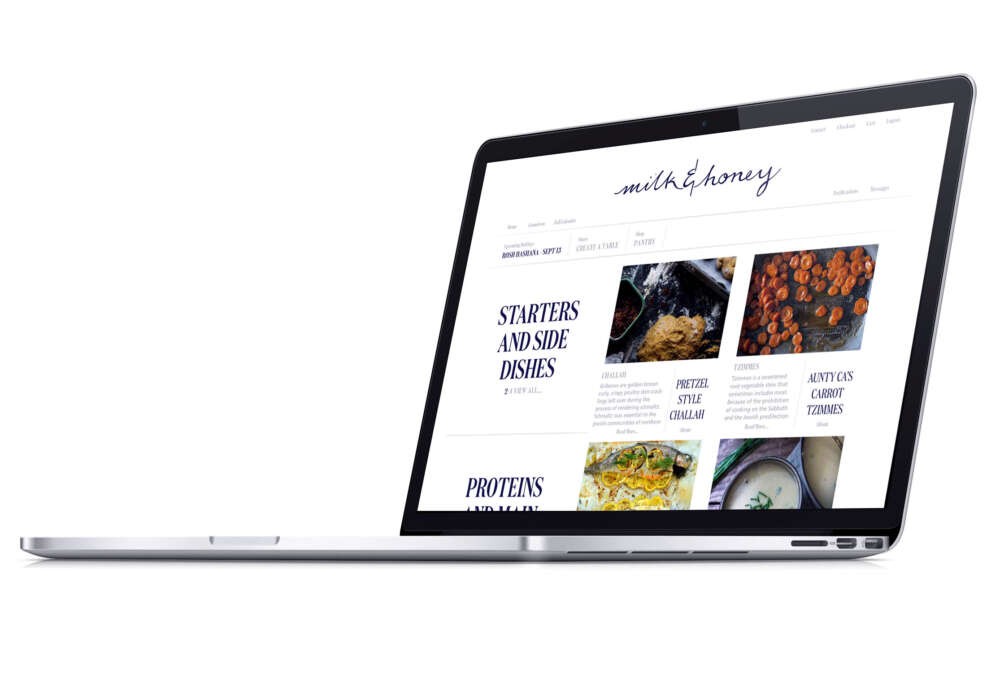 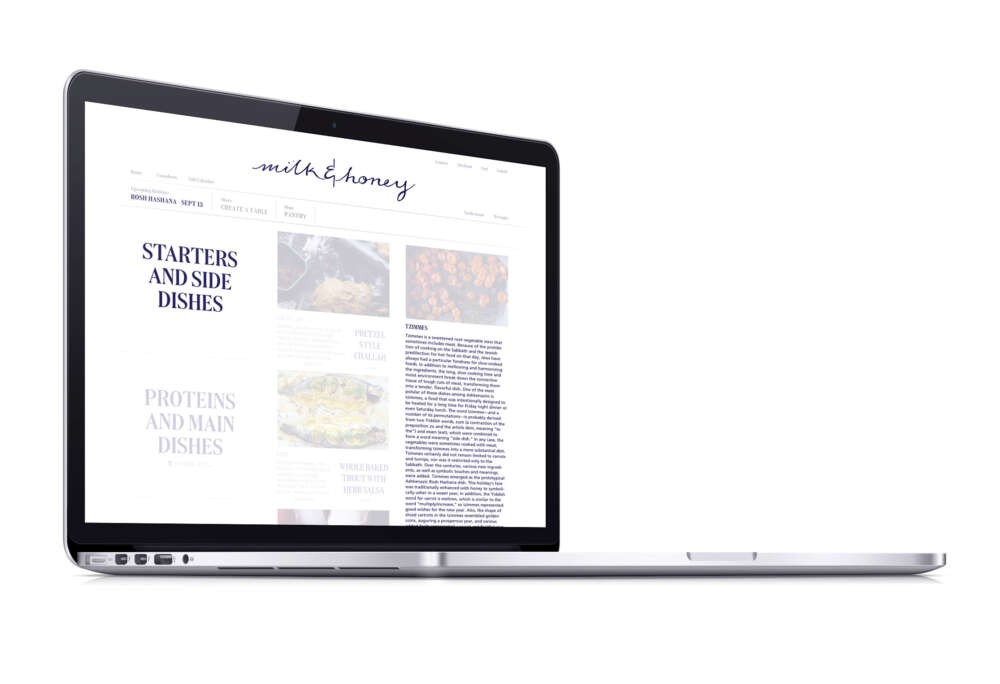 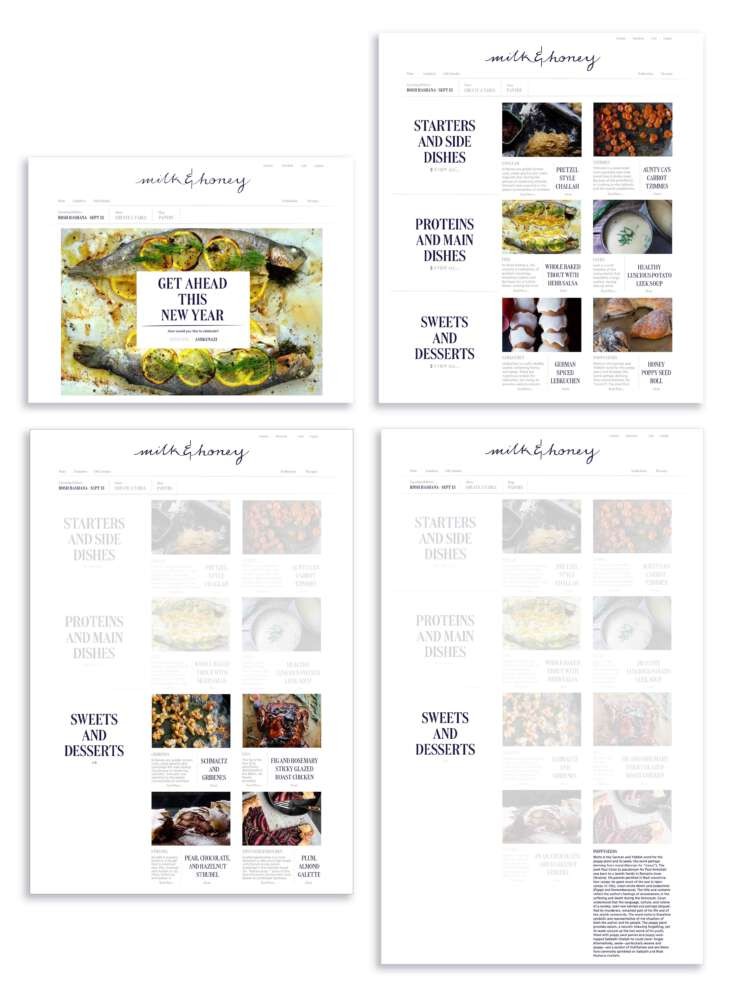 In every culture, food is a key component that links people to tradition. Not only does it create a space for intimate gatherings and unity, it is another artistic medium and the focal point for conversations, new experiences, and memories. I realized that one of the main structures that ties my religious life as a Modern Orthodox Jew to my life in New York City is food. New York is a cultural food hub, connecting us to people all around the globe. Much like food, Judaism is composed of different threads; concepts, traditions, and cultures that together create a woven tapestry of practices and beliefs. Separately these threads and ideas are simply: threads and ideas. When ordered together, they become tradition. Milk & Honey takes influences from Jewish food culture and places them in a new context. It is an online space that unites the conveniences of online shopping with the values of Jewish tradition. More specifically, it is a chronological representation of the Jewish Holidays and the foods that accompany each one. However, Milk & Honey is not concerned with foods that are typically associated with Judaism. It strives to reinvent the traditional delicacies of Eastern European, Middle Eastern, and Northern African Jewry, allowing for new flavors to emerge and aiming to transform the ways people interact and gather around the table. The website presents a beautiful irony that utilizes a digital space in the cultivation of physical encounters. Milk & Honey is therefore a means to redefine tradition and spark a conversation about food that inspires.