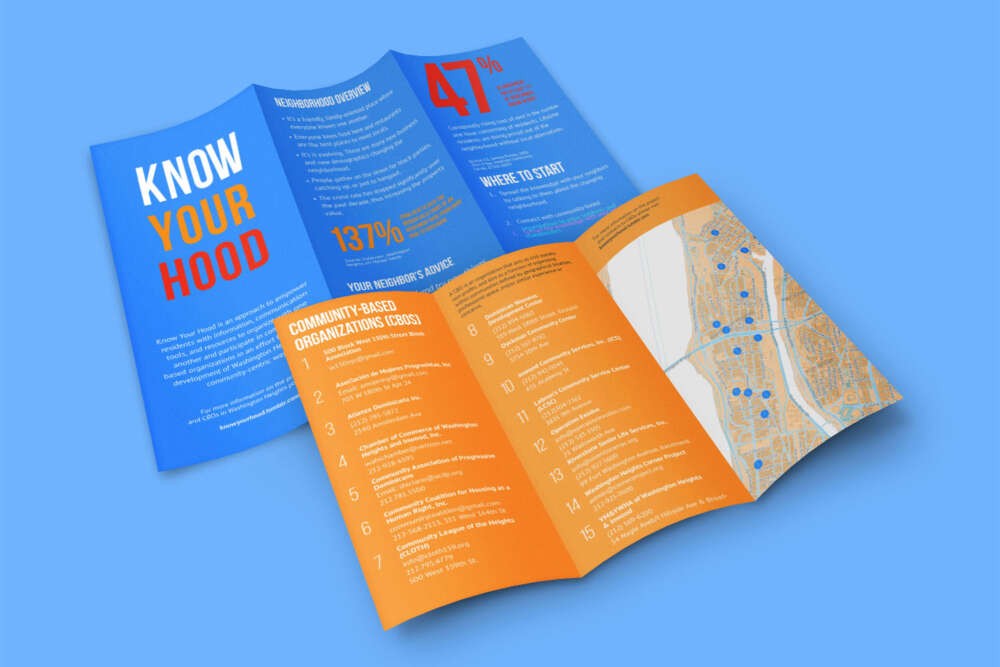 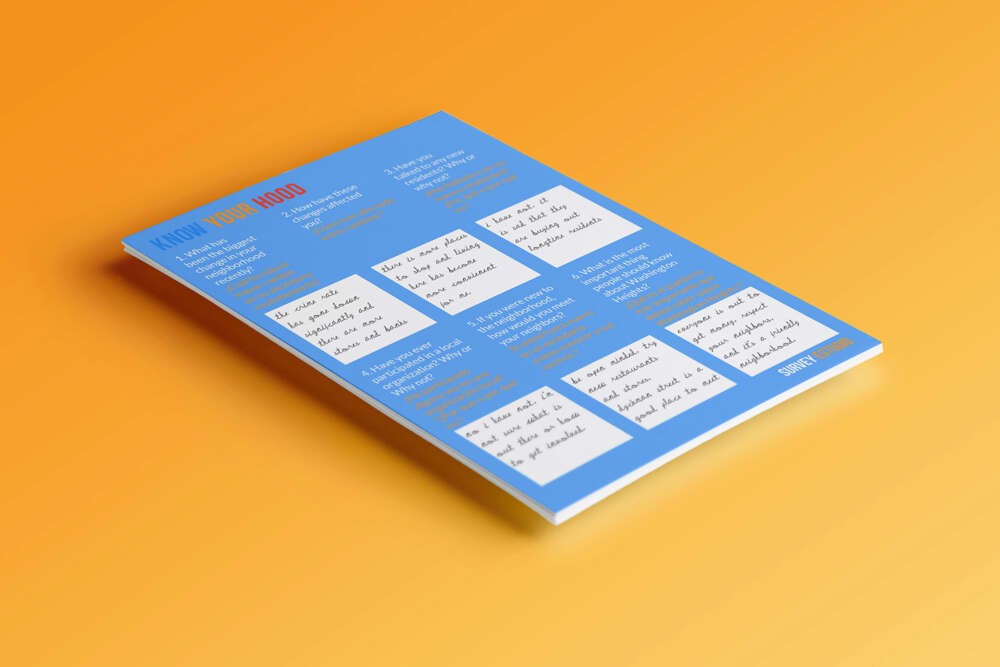 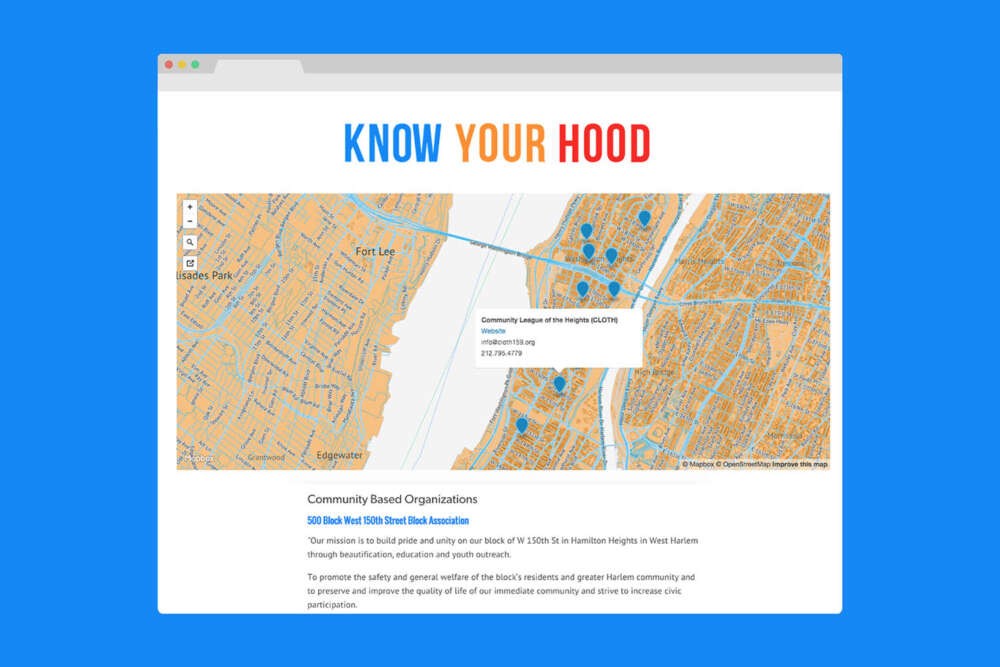 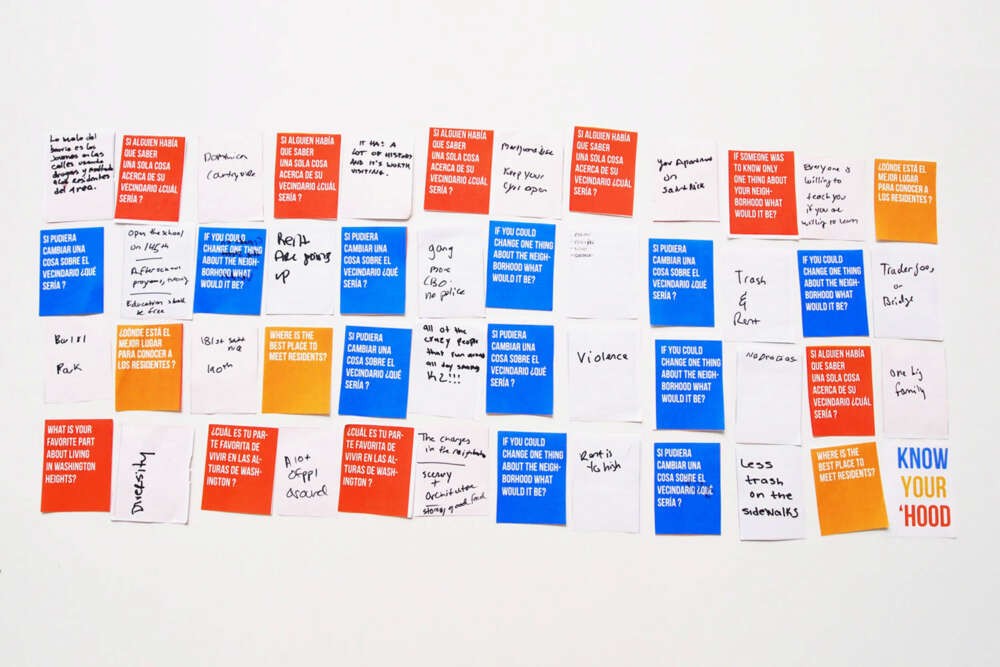 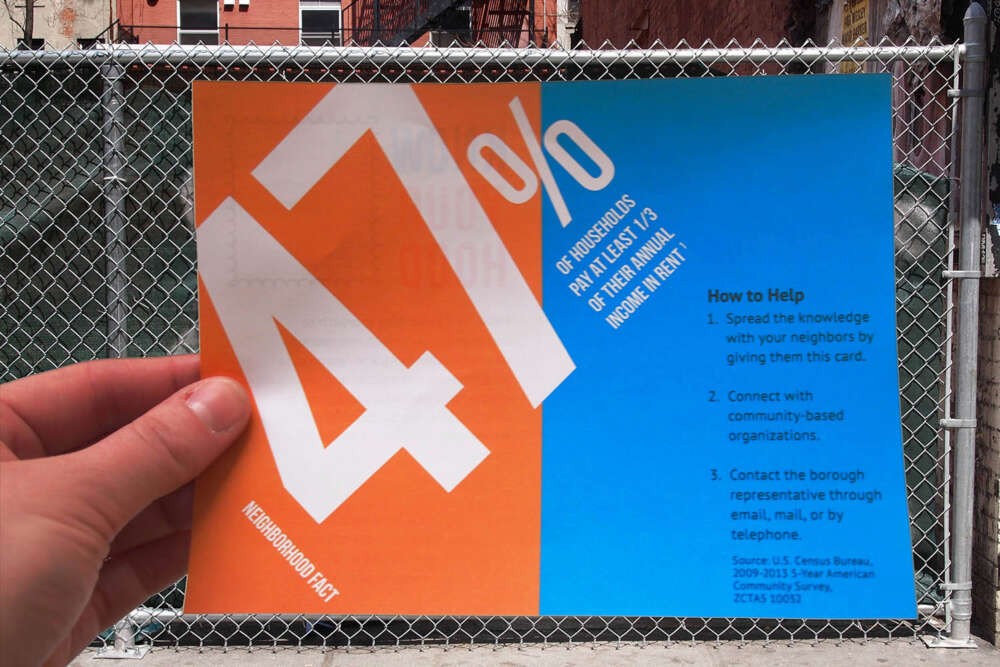 Over the last decade, the economy of Washington Heights transformed. Waves of new residents, businesses, stores, restaurants, and nightlife established themselves in the neighborhood, bringing more convenience, goods, and opportunities to Upper Manhattan. Alongside this rapid economic development, a gap in communication expanded between new and longstanding residents due to differences in language, education, nationality, religion, and ethnicity. As witnessed in other boroughs of New York City, without a basis of mutual interest to begin communication, the community of Washington Heights will splinter until its splits apart into isolated sections. Know Your Hood is an approach to help facilitate a conversation between new and longtime residents by providing the information, tools, and resources to communicate and organize with one another. By starting with a conversation fellow residents and neighbors will find that they can relate to one another in the context of the changing neighborhood. As a result of having the information and access to community-based organizations residents will be more likely to participate and direct the development of Washington Heights in a community-oriented way. Know Your Hood is an expandable service that aims to preserve and centralize communities in New York by providing the tools to begin a conversation about the rapidly developing neighborhoods.