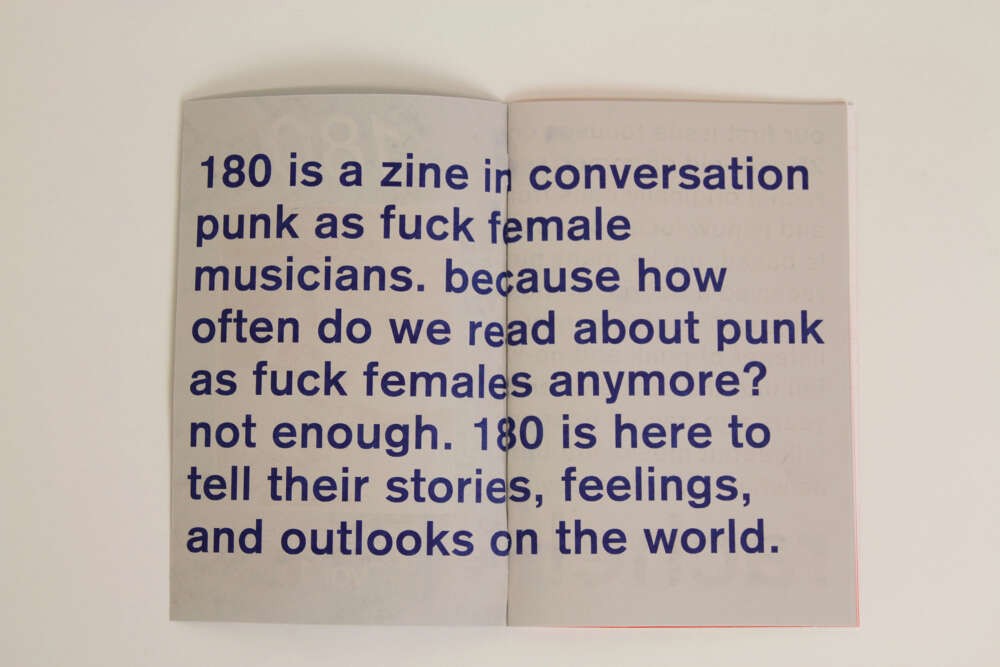 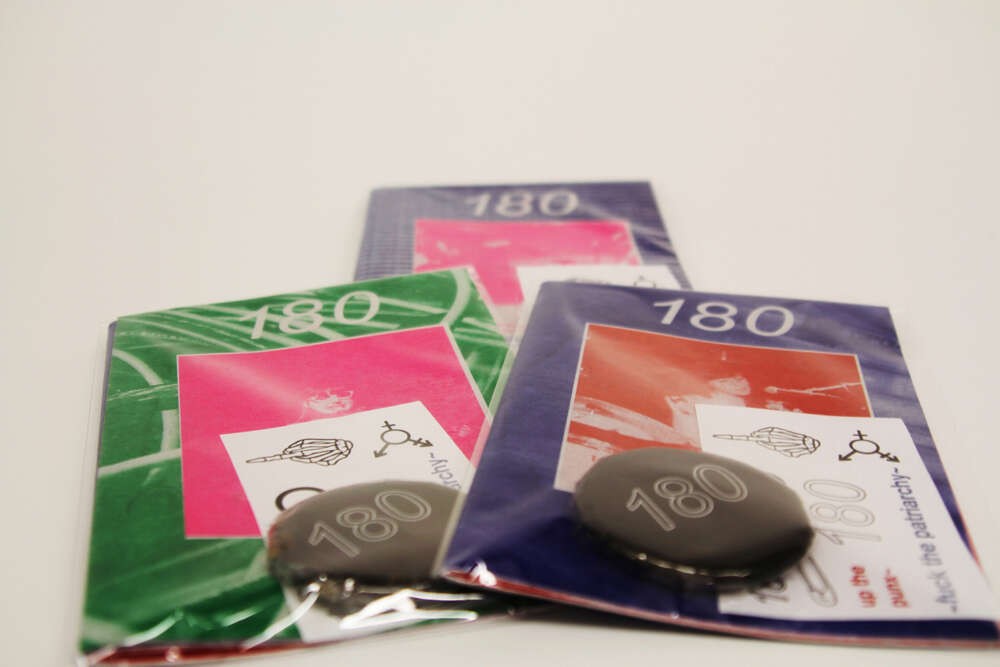 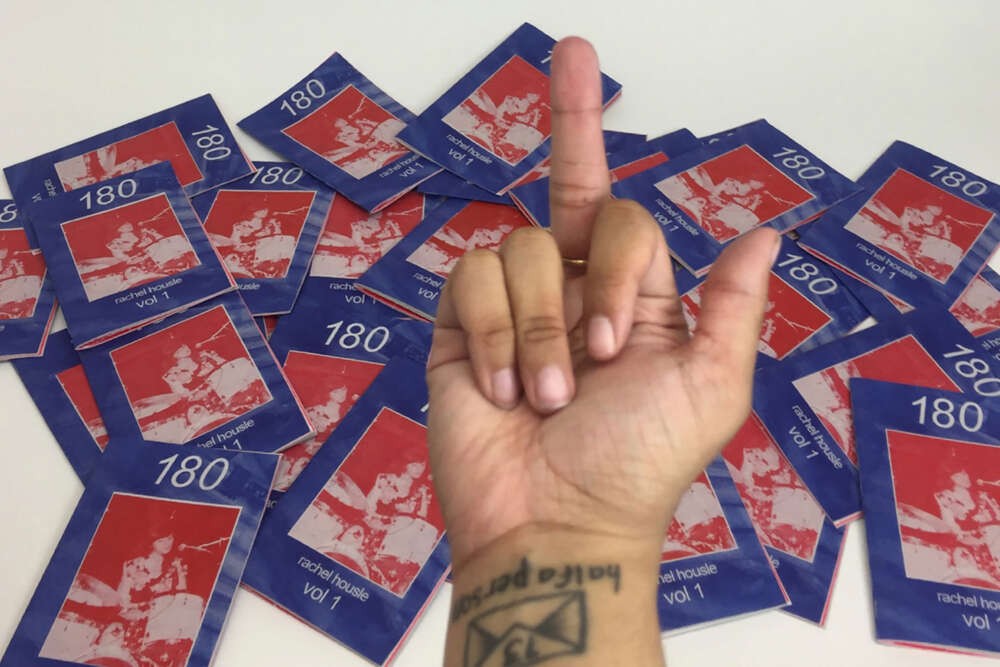 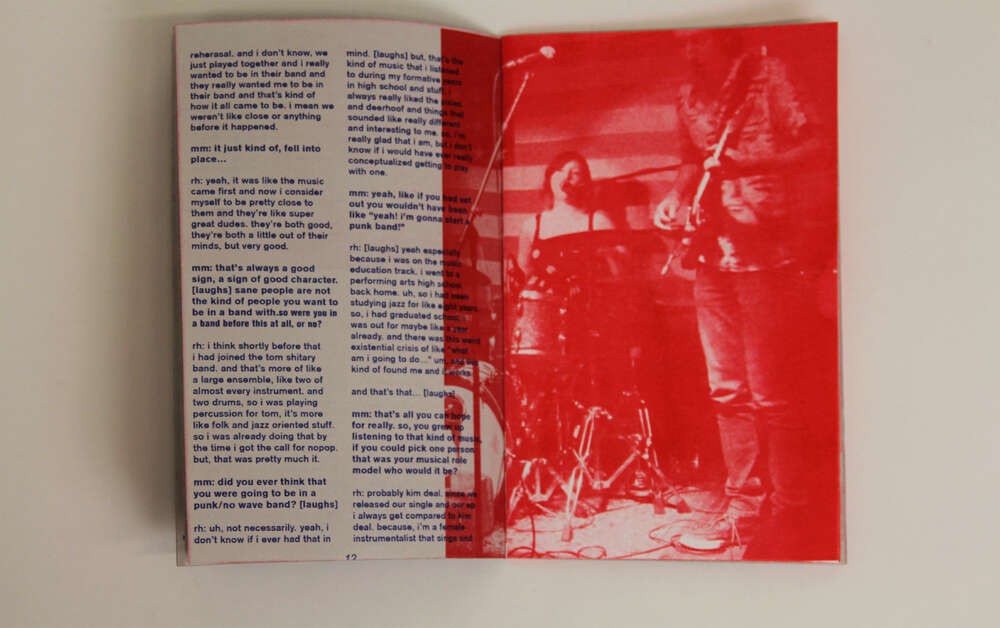 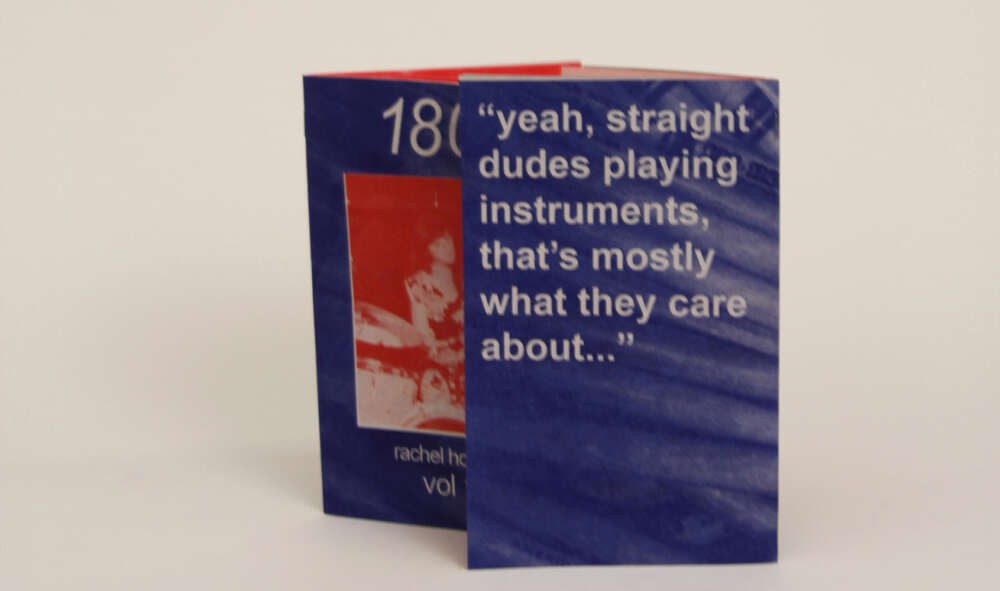 Punk is a genre that has never been fully accessible to women. Women have been seen as accessories to men within the scene. Though Punk has its roots in rebelling against the mainstream, women have remained secondary. When one does a scan through “best punk bands” by outlets such as Rolling Stone or Pitchfork, the only band containing females mentioned is Bikini Kill. 180 is a zine that reconciles the lack of representation in the punk scene. The name comes from Kathleen Hanna’s “girls to the front” speech in which she makes males retreat to the back, so that the women can come forward and feel safe. 180 is a symbol for this shift of women from the back to the front, as equals. The idea is to tell these women’s stories, their thoughts, and their outlooks on the world. The Punk aesthetic comes through in the form of the conversation lacking formal structure. Each conversation is free flowing with no pre-planning. As for design, 180 inverts the Punk aesthetic making it more accessible to the masses. The cut and paste vernacular of Punk, is what deters many people that are not involved within the scene. By using a more "polished" aesthetic, it will open up these women’s stories to a larger crowd. Through use accepted design conventions. Women’s stories are important, yet they aren’t being told. By being a punk zine focused on women in a post riot grrrl era, 180 brings women to the front once again.