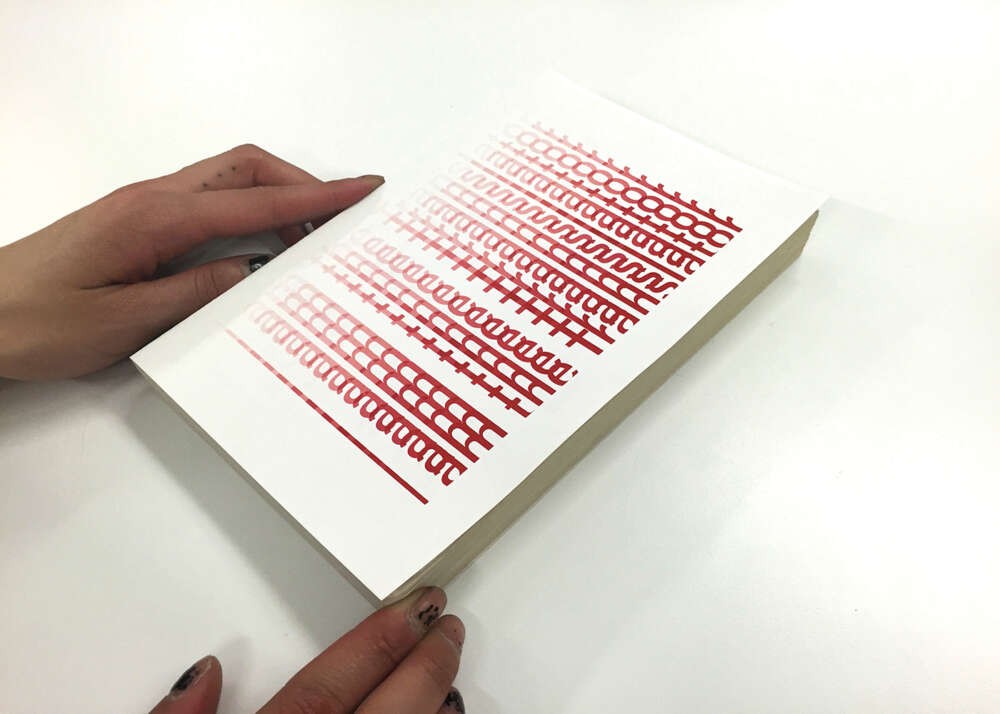 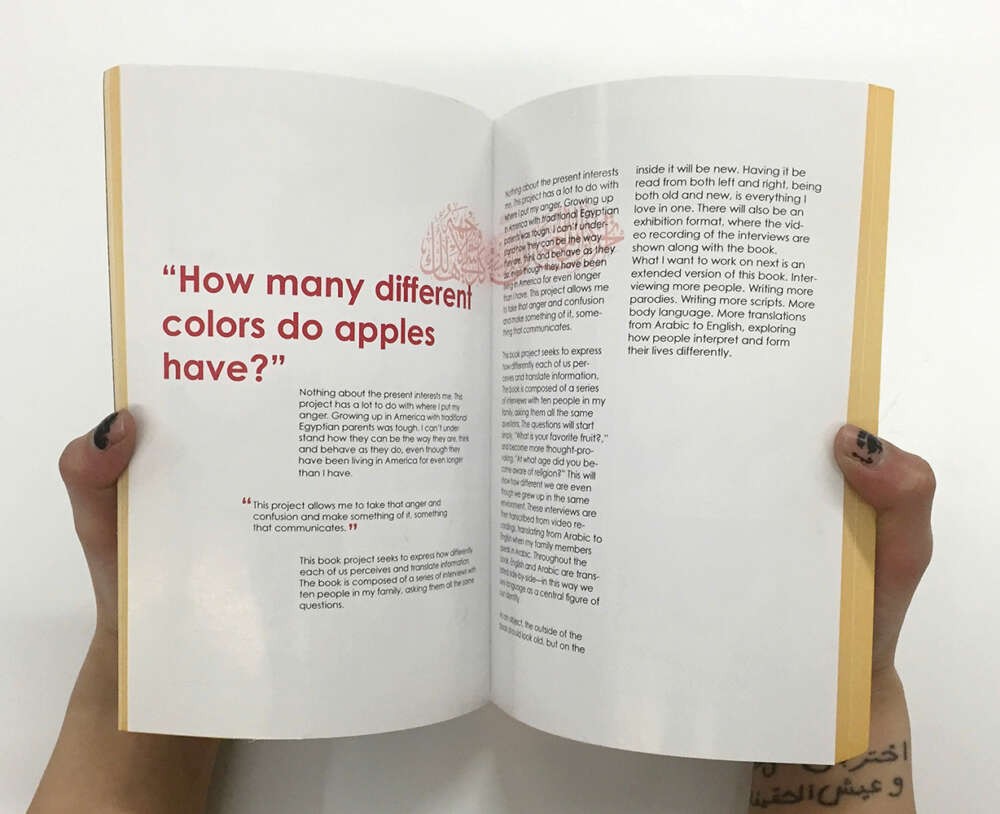 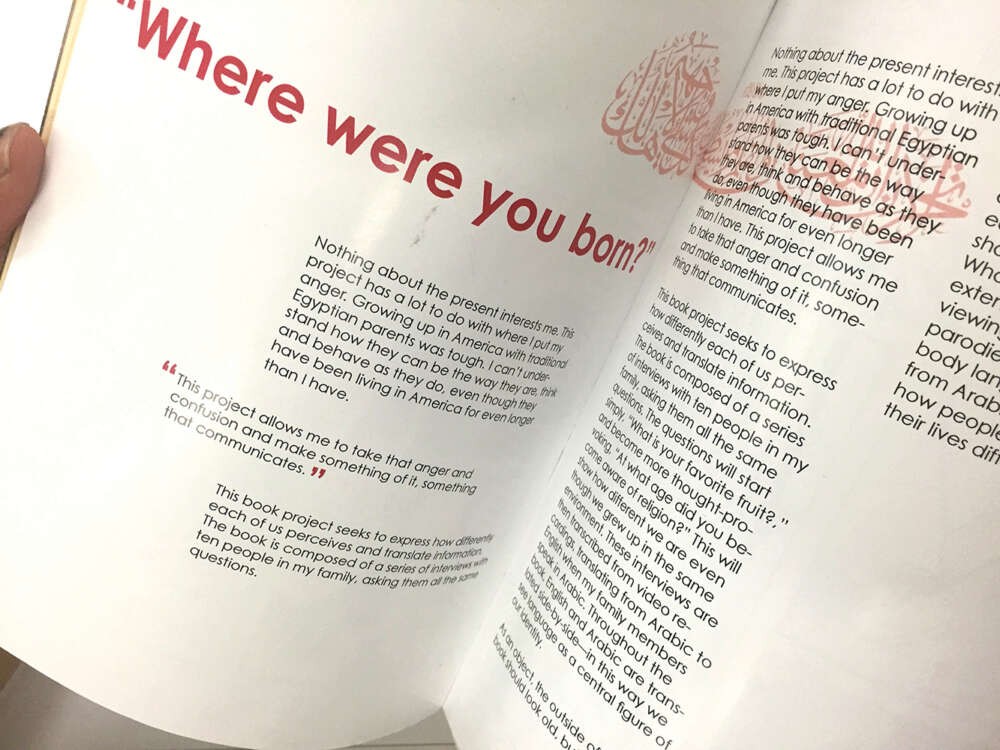 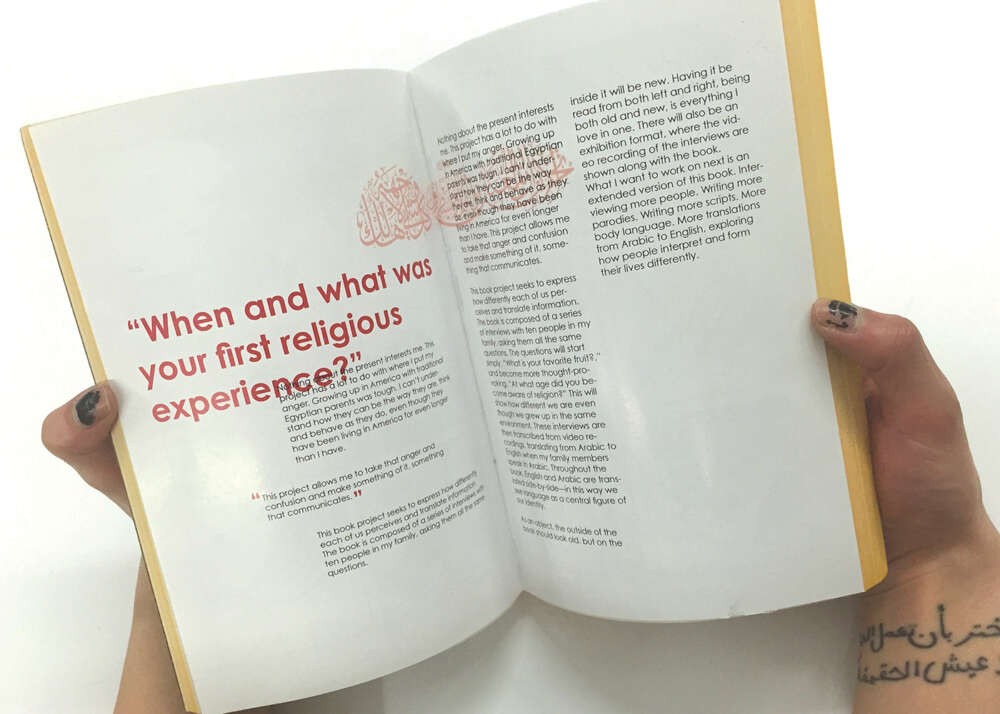 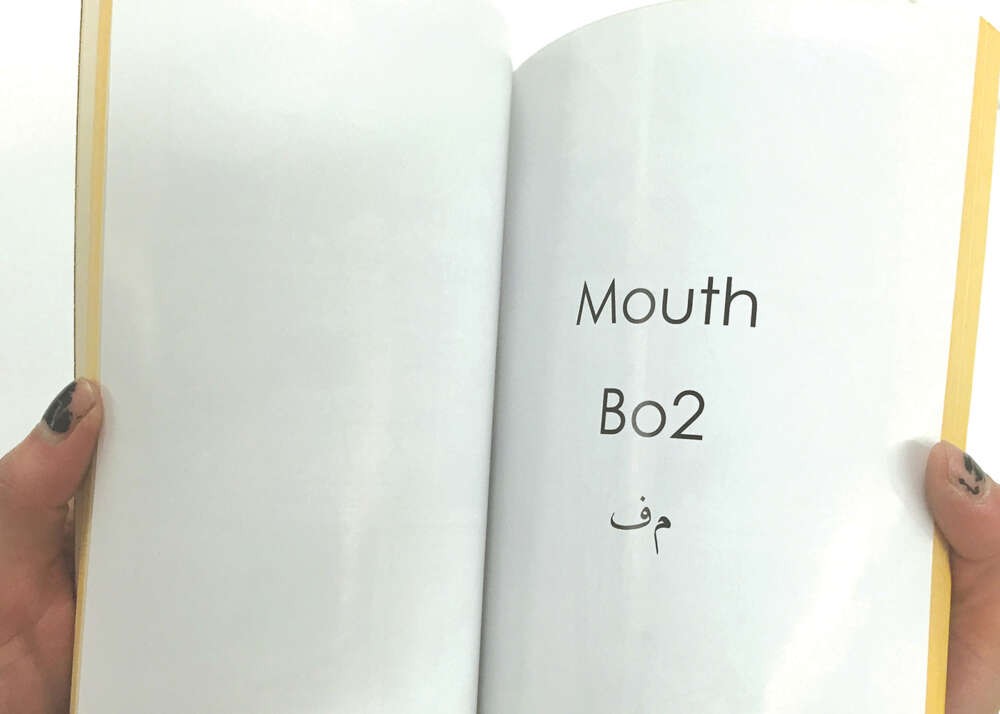 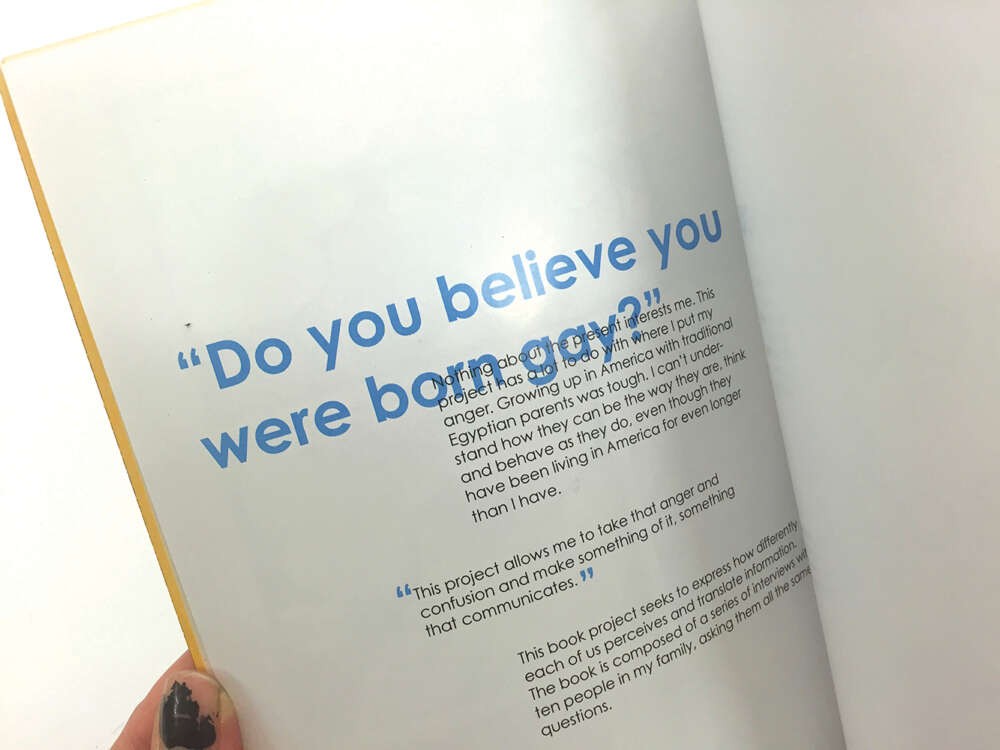 Nothing about the present interests me. I am the Translator has a lot to do with where I put my anger. Growing up in America with traditional Egyptian parents was tough. I can’t understand how they can be the way they are, think and behave as they do, even though they have been living in America for even longer than I have. This book allows me to take that anger and confusion and make something of it, something that communicates. I am the Translator seeks to express how differently each of us perceives and translate information. The book is composed of a series of interviews with ten people in my family, asking them all the same questions. The questions start simply, “What is your favorite fruit?” and become more thought-provoking: “At what age did you become aware of religion?” This shows how different we are even though we grew up in the same environment. These interviews are transcribed from video recordings, translating from Arabic to English when my family members speak in Arabic. Throughout the book, English and Arabic are translated side-by-side—in this way we see language as a central figure of our identity. As an object, the outside of the book looks old, but on the inside it is new. Having it be read from both left and right, being both old and new, is everything I love in one. There is also an exhibition format, where the video recording of the interviews are shown along with the book. What I want to work on next is an extended version of this book, interviewing more people and writing more parodies, scripts and body language, with more translations from Arabic to English, exploring how people interpret and form their lives differently.