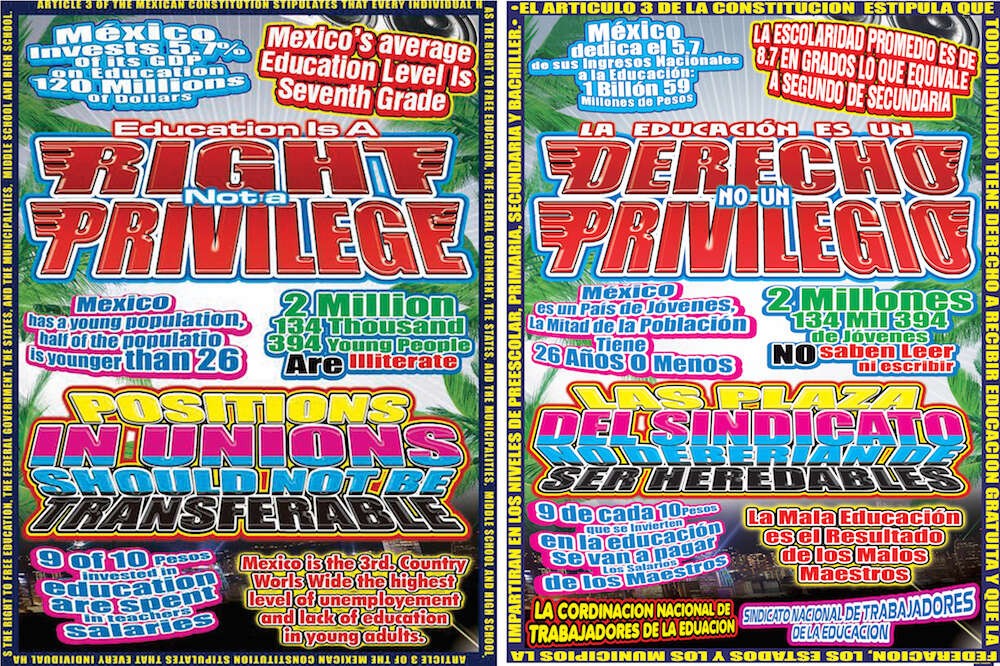 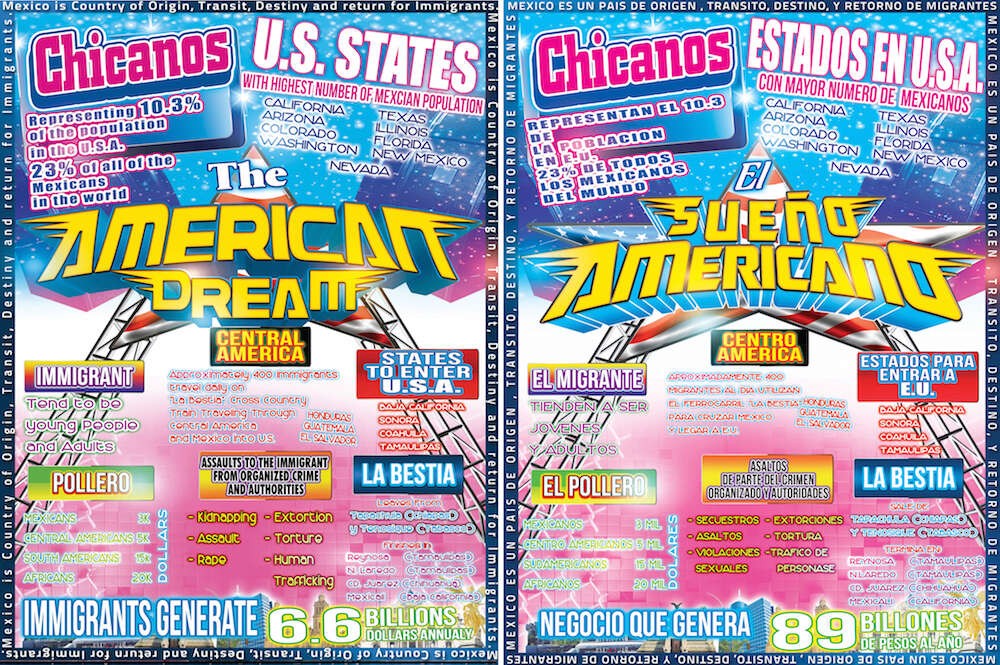 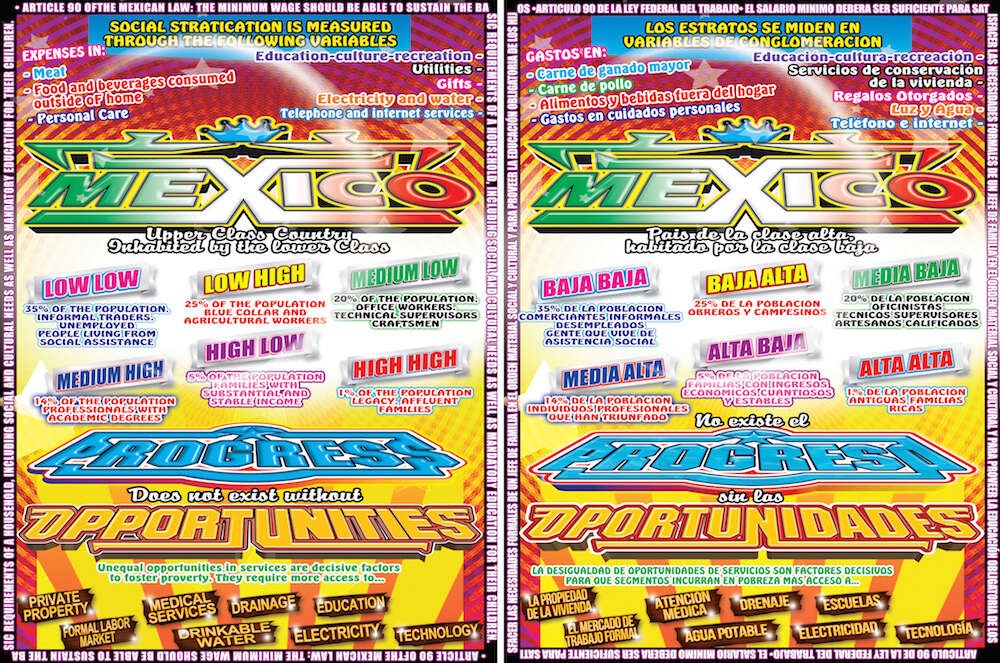 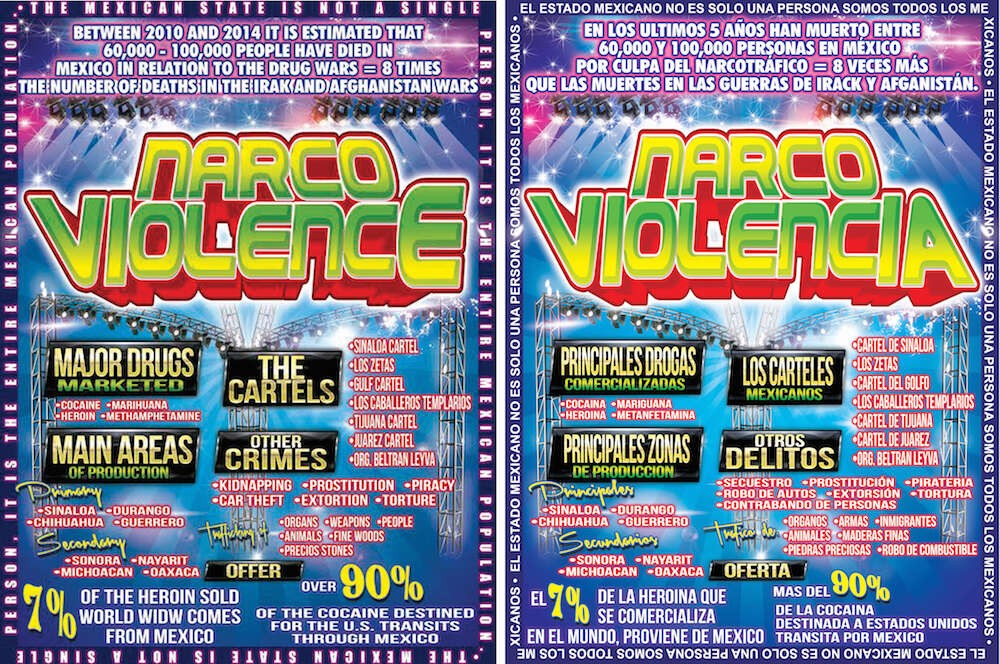 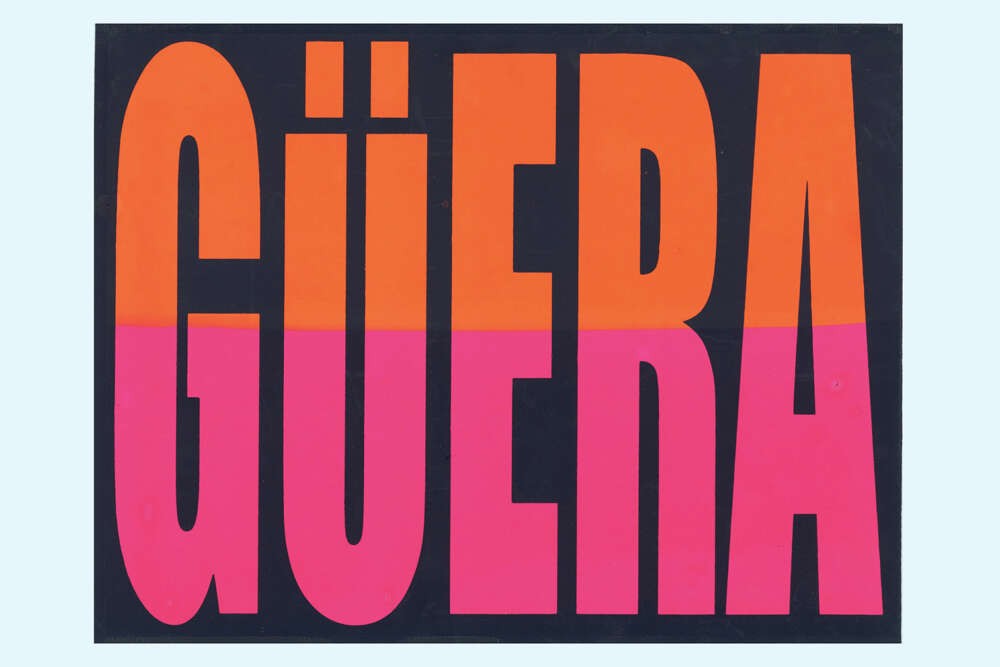 The signage used in public transportation in Mexico and Sonidero Posters is created by craftsmen who are not often recognized as artists. However, their work communicates the folklore, identity, and playfulness of Mexican society, and their work is incarnated in our every day life. My project is a tribute to these artists by using their techniques to address every day problems is an unexpected manner which will make us more aware of the current problems which affects us all as a society. The Bus Signs are used to inform passengers the routes. During the 80s, signs were produced manually with neon aerosols, which permitted people to read locations accurately. Language unifies the population as it crosses social classes and colloquial language is never learned formally at an institution, it tends to be created within a subculture. The bus signs and colloquial language represent communication routes, they convey ideas and shake the masses, hence the slang incorporated into the bus signage. The Sonidero Posters are another example of a subcultures in Mexico. Sonidero parties arise in low income neighborhoods in Mexico during the 70s. They have been massive block parties where bands perform. Posters are designed and distributed to promote the events, and the colors, figures, and text placement was imitated in order to comment on the 4 most important important problems that exist in Mexico: education, Drug Trafficking, Immigration, and Social Classes. The intention in both projects is to use design as a vehicle for progress.