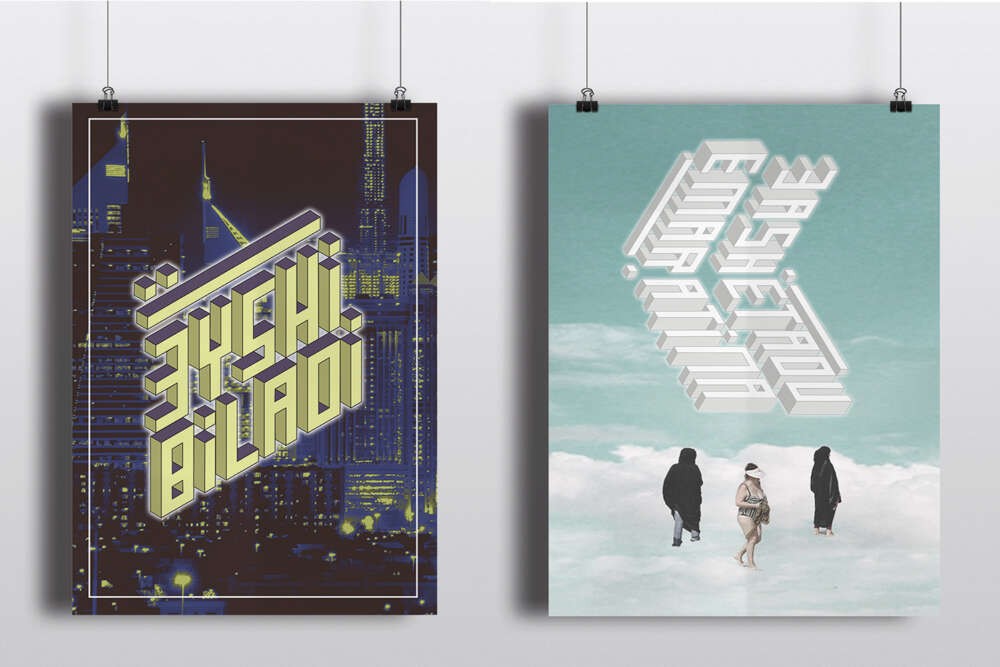 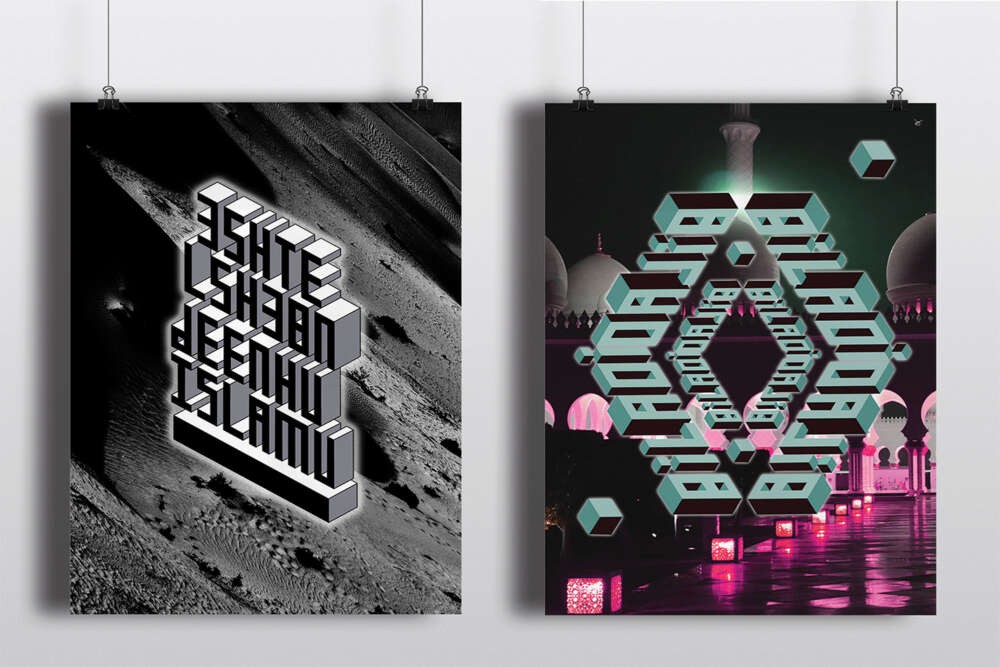 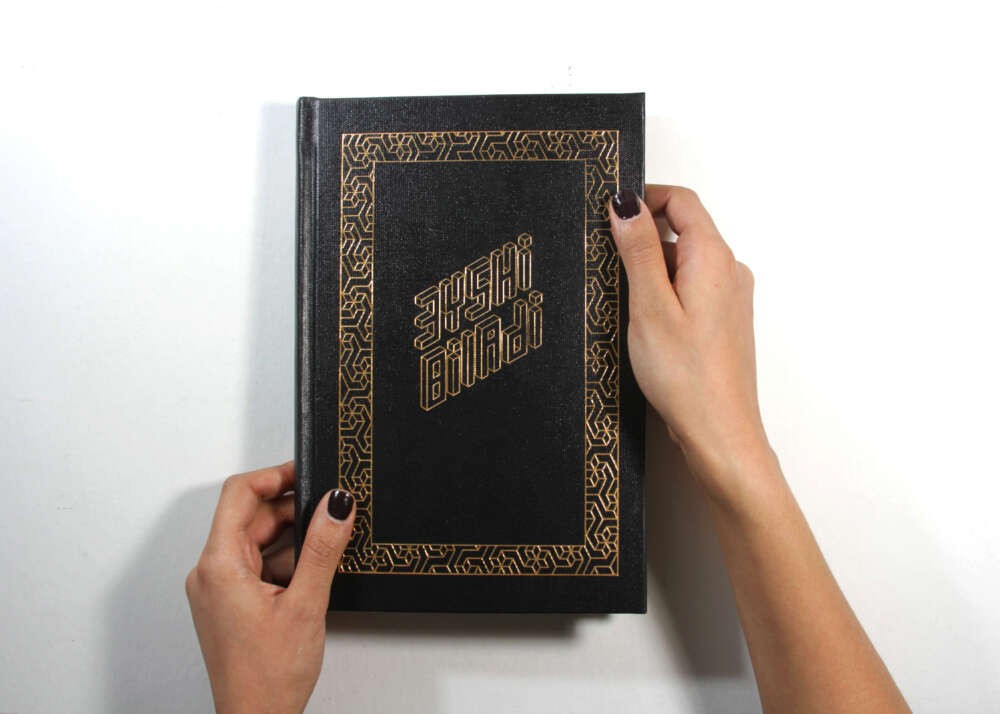 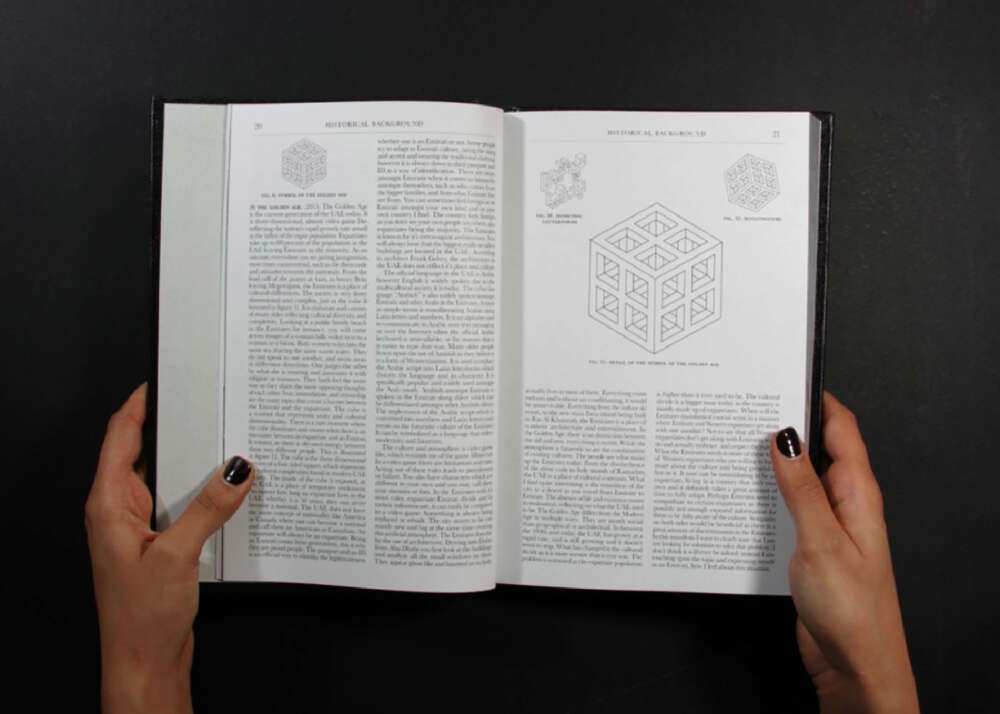 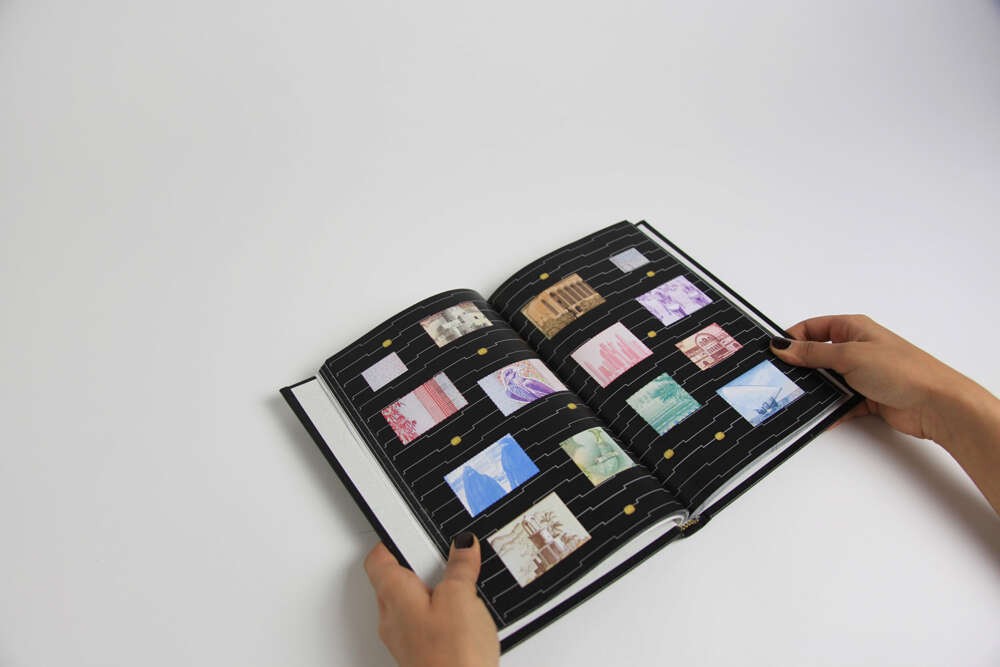 At just 44 years old, the United Arab Emirates has undergone a rapid transformation from a conservative, traditional Middle Eastern culture to a cosmopolitan and futuristic melting pot of nationalities from all over the globe. This change, married with the almost warp speed development of the country from a barren desert to futuristic metropolis, has birthed a variety of unique issues. Expatriates make up the vast majority of the country’s population (88.5%), and the population of local citizens is meager in comparison. Despite occupying the same land, both sides struggle to understand each other and rarely integrate. This generates a cultural imbalance. Western norms such as short skirts and alcohol consumption stand in stark contrast to the traditional values and beliefs held dear by locals. A lack of understanding creates confusion, social segregation, and in some cases resentment. The project consists of a set of five posters and a hand-bound manifesto. The posters feature lyrics from the UAE national anthem presented in a futuristic aesthetic, as well as Arabish, a hybrid digital vernacular. The manifesto features voices from the author, expatriates and other Emiratis in text drawn from personal interviews, written articles, and online expatriate forums. This visual interpretation of the cultural divide in Emirates aims to educate viewers to become more encouraging than critical about the cultural division. Setting differences aside and working towards a joint culture is what is needed. This thesis strives to promote an aesthetic of cultural integration, as well as educate viewers outside the UAE about this diverse utopia.