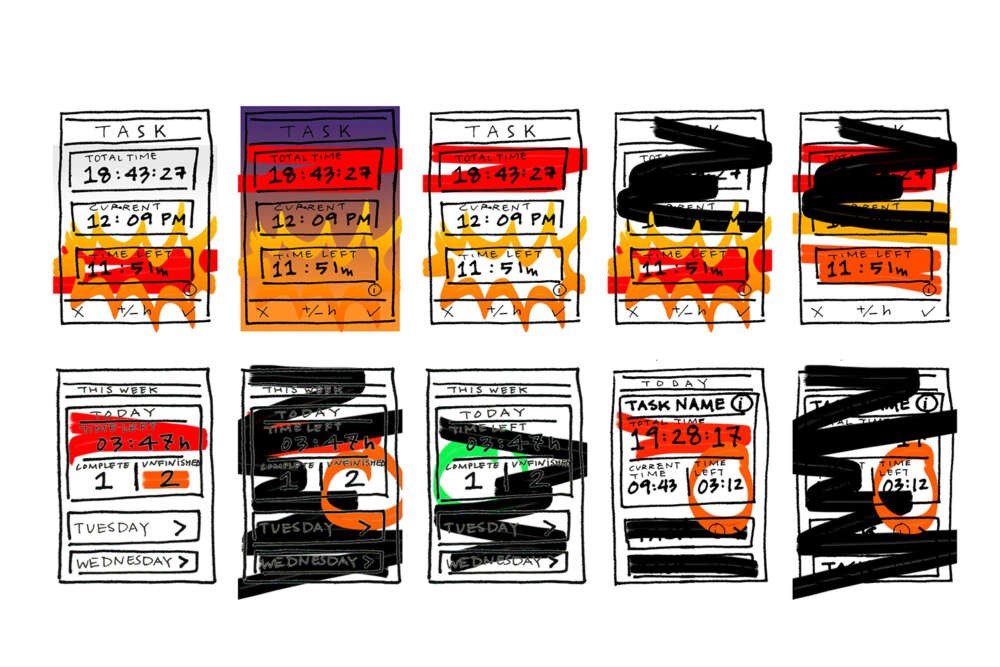 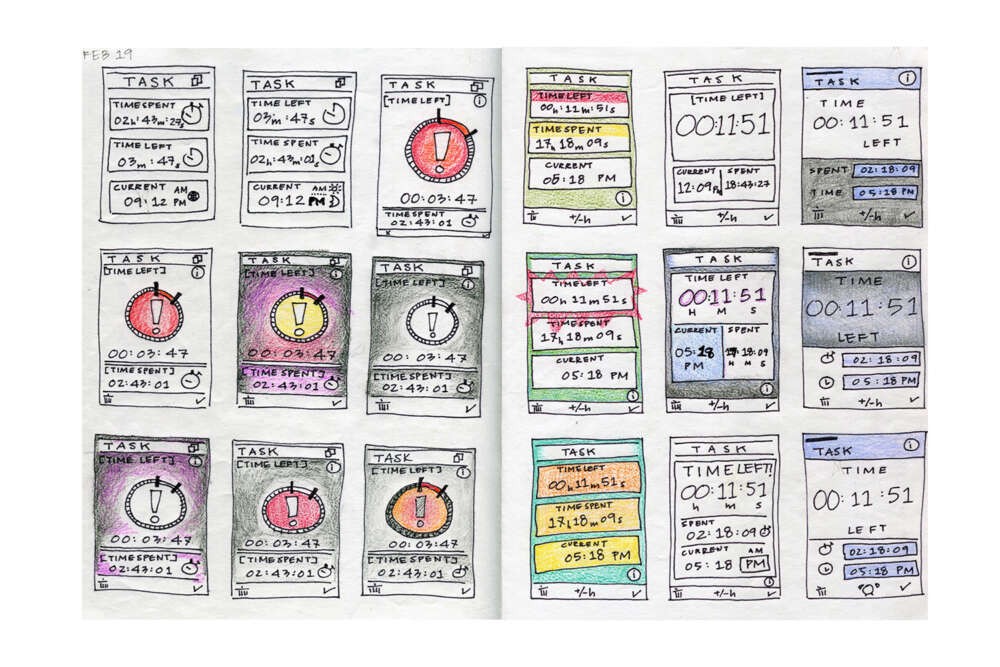 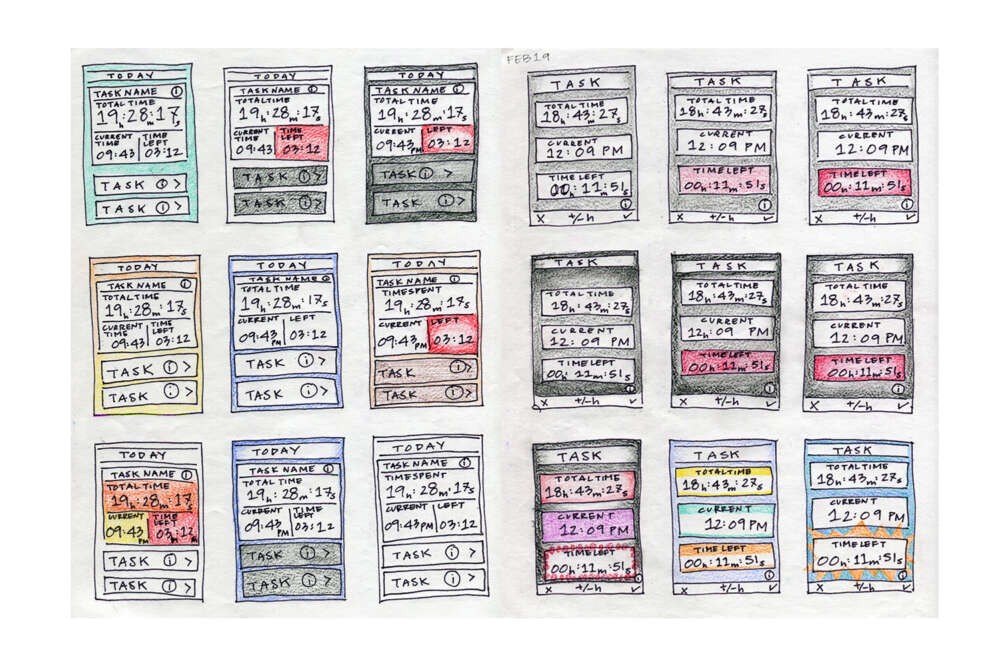 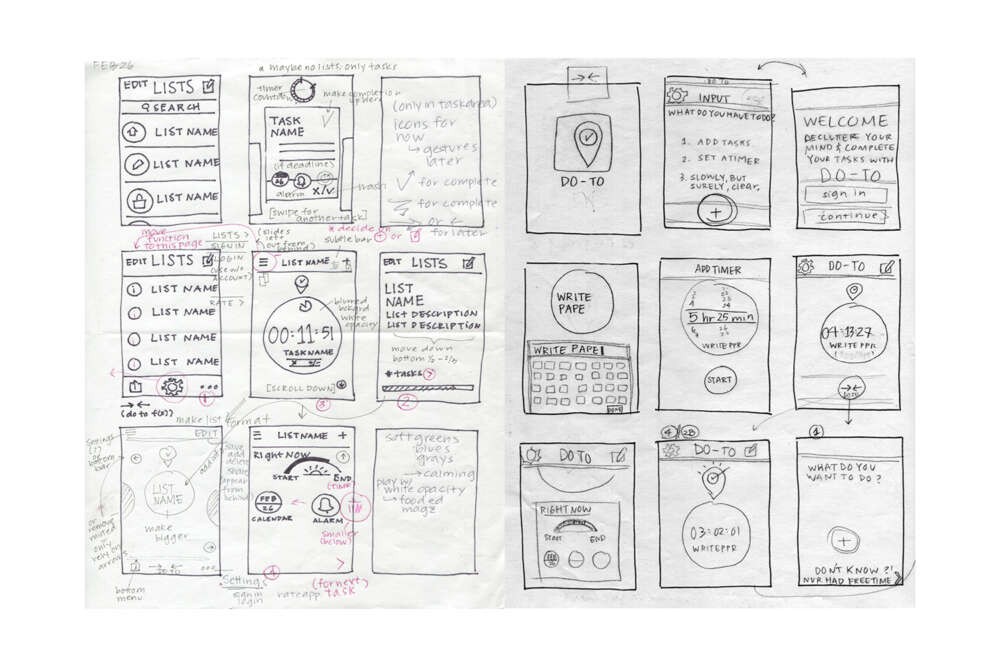 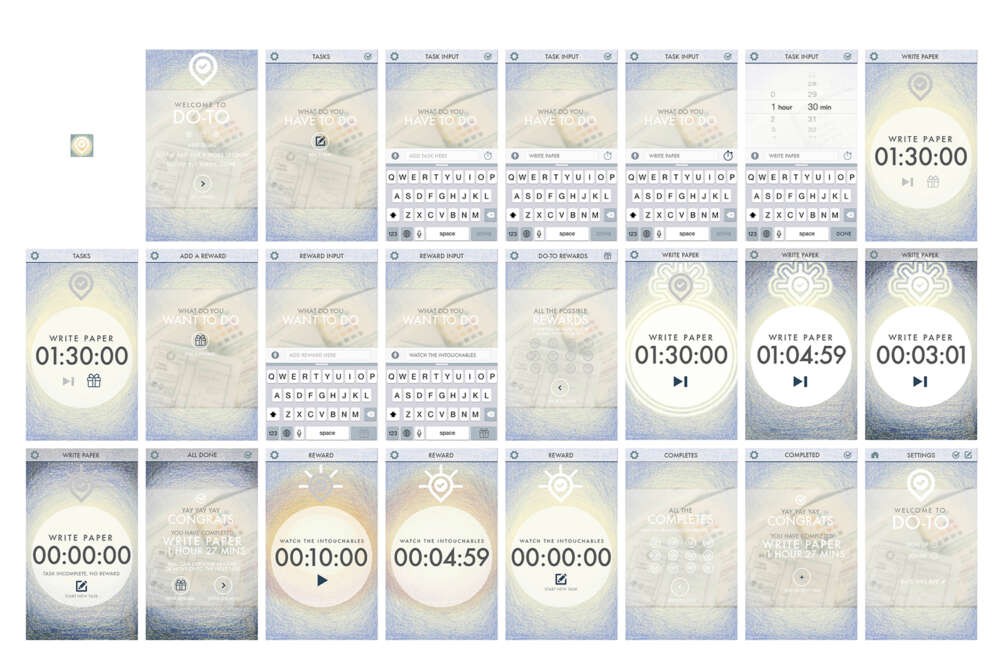 Time is a four-letter word that triggers stress. The amount of time and attention becomes divided as the number of tasks increases, and stress builds. This stress causes a division in work ethics; some are able to work more efficiently while others will procrastinate.Do-To is a productivity app based on a reward system that emphasizes productivity without triggering stress, lowering anxiety levels while creating a better work-completion environment. It focuses on the “have-to-dos” and “want-to-dos” and pairs them up. Unlike other apps, Do-To does not have a “list” function that diverts attention to other tasks and crowds the mind with anxiety. The simplicity behind the app allows the user to focus only on one task at a time, with one reward, building positive productivity habits that will further improve the workflow.Time flow ceases to exist during a procrastination period as the mind focuses on the redundant tasks, factoring in what to include and exclude, organizing the chaos, and experiencing a productive flow that channels all the stress into positive energy. We are working hard, not hardly working. However, time spent procrastinating may be time we don’t have. As Charles Dickens wrote in David Copperfield, procrastination is the thief of time.Through continuous usage of this app, the user will increase productivity while creating a clear mind that can better focus at the task at hand. With a better understanding of how the passage of time affects our work habits, we will have better control over the stress that builds and the procrastination that follows.