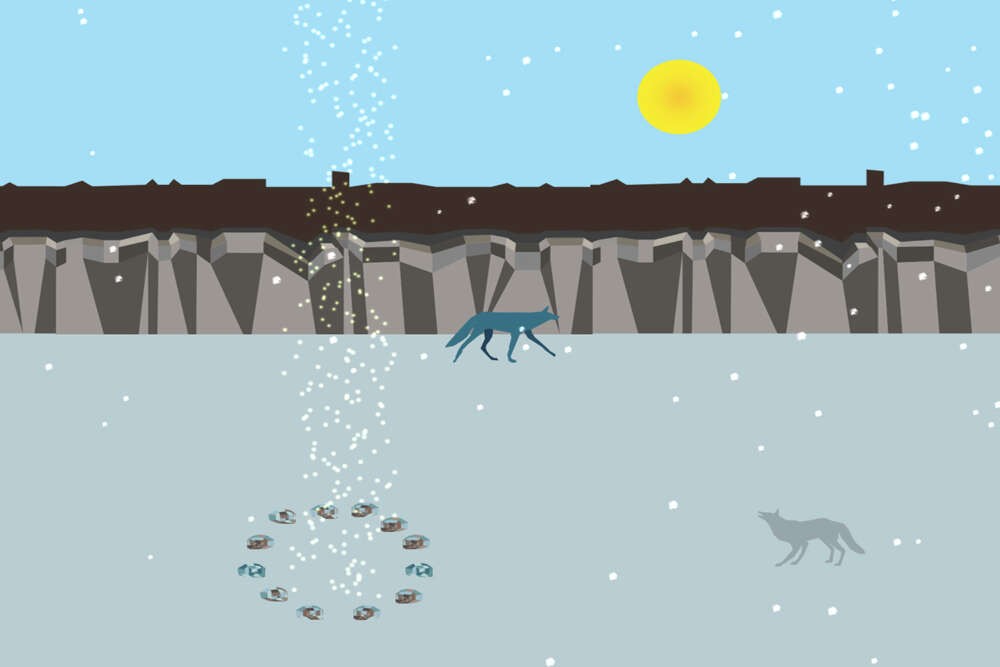 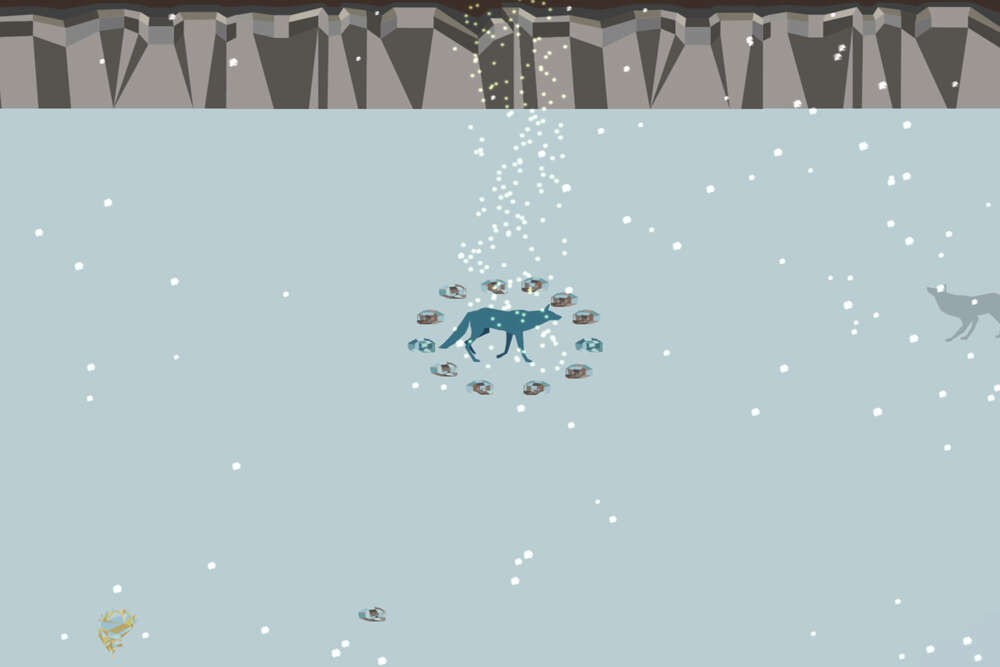 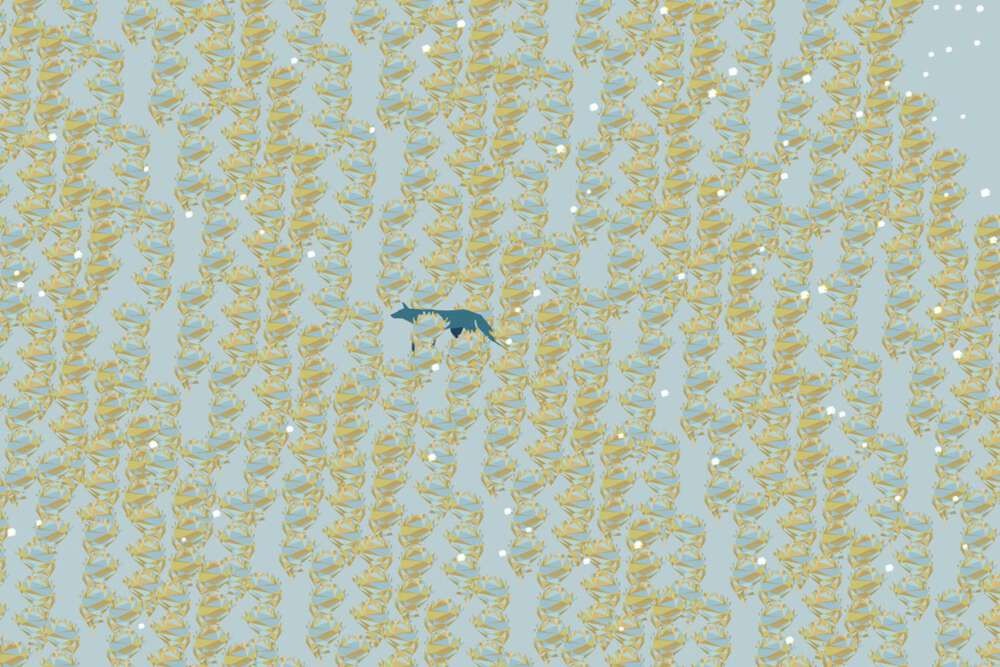 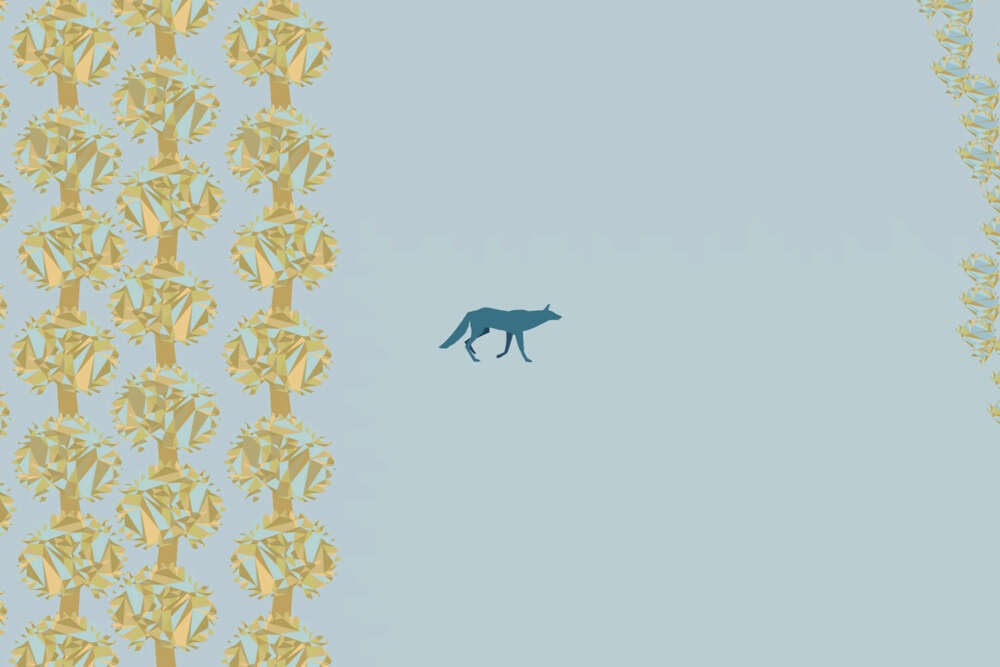 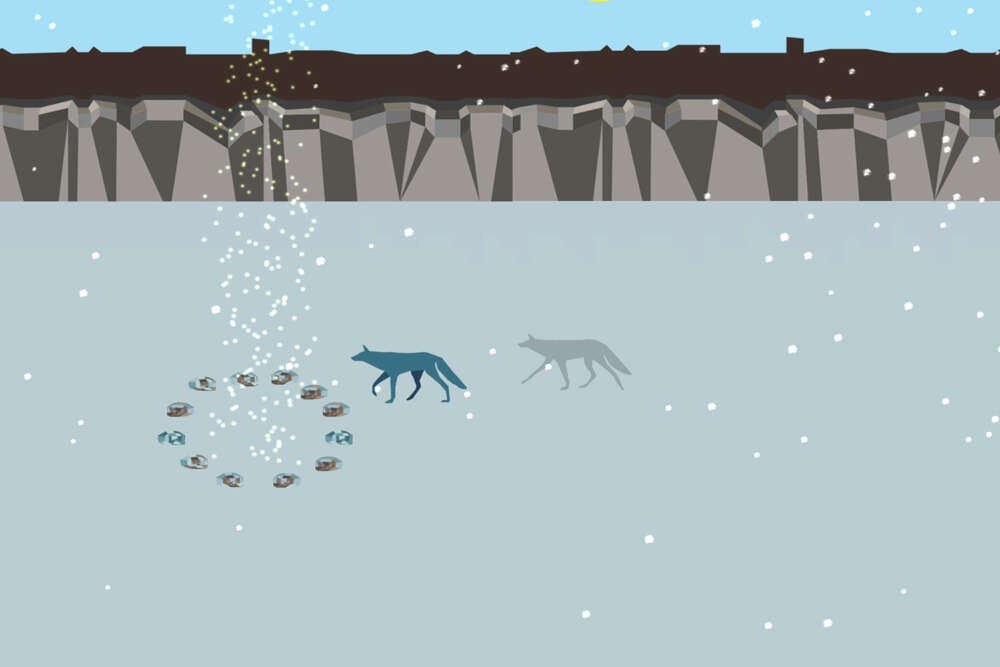 Howl is a musical iPad game slice where the player controls a wolf during a snowstorm and tries to gather native wolf spirits back to their den. The game focuses on exploring the wolf’s sense of home within a community. Howl is inspired by games that integrate music and soundscapes with interaction like Proteus and Sound Shapes, as well as games that tell a narrative through their mechanics (narrative mechanics) such as Journey and Another World. Unlike many games that rely on cutscenes and text/dialogue to communicate their story, Howl’s story is told through narrative mechanics, music and sound. The player locates the spirits by using headphones to listen to their howls. music and sounds pan to the left or right of the player’s headphones, depending on the wolf’s position and the position of other objects in the stage. Once the player is close to a spirit, the spirit follows the player back to the den, where the spirit is put to rest as another starts to howl. As each spirit is returned to the den, a new layer of music is added and loops throughout the game. The looping music fades in and out as the player gets closer to or further away from the den. The looping allows one to find the location of the den when one is guiding a spirit back. As the player moves through each spirit’s environment, short melodies and sounds can be heard, which add to the overall narrative experience.