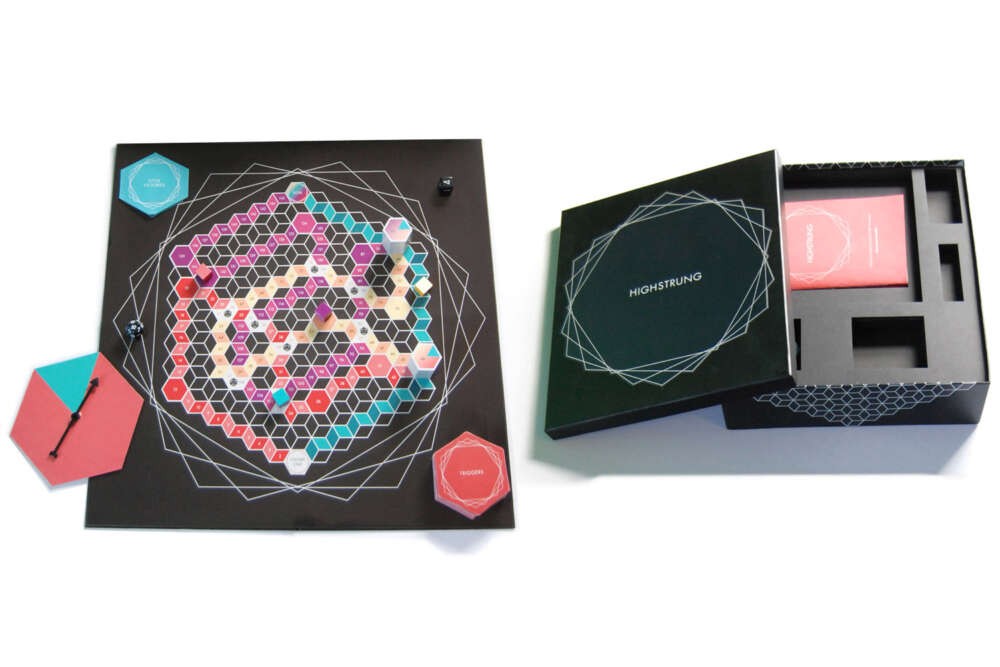 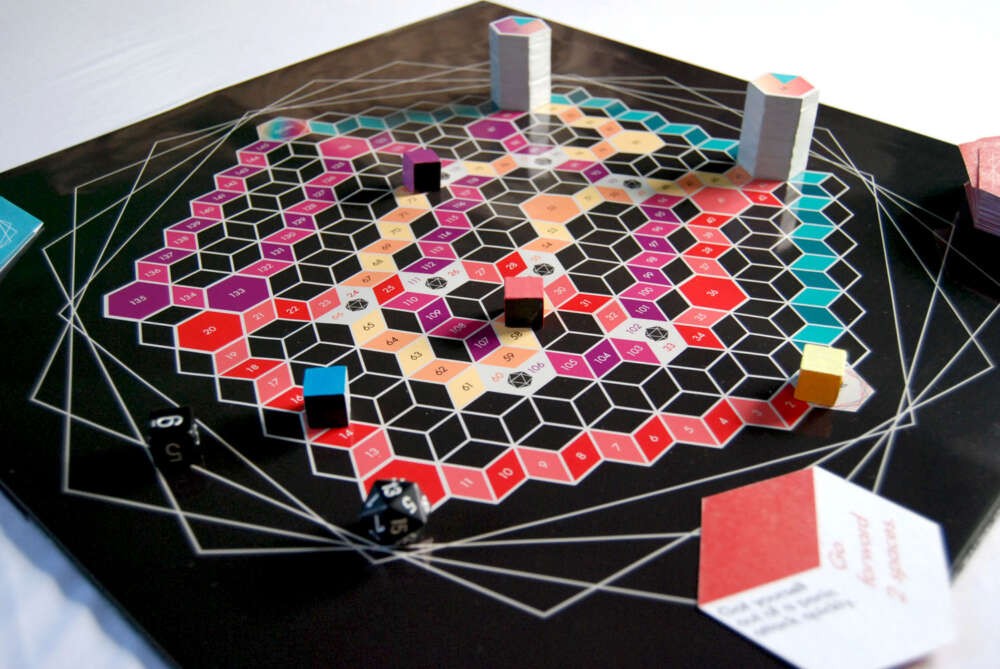 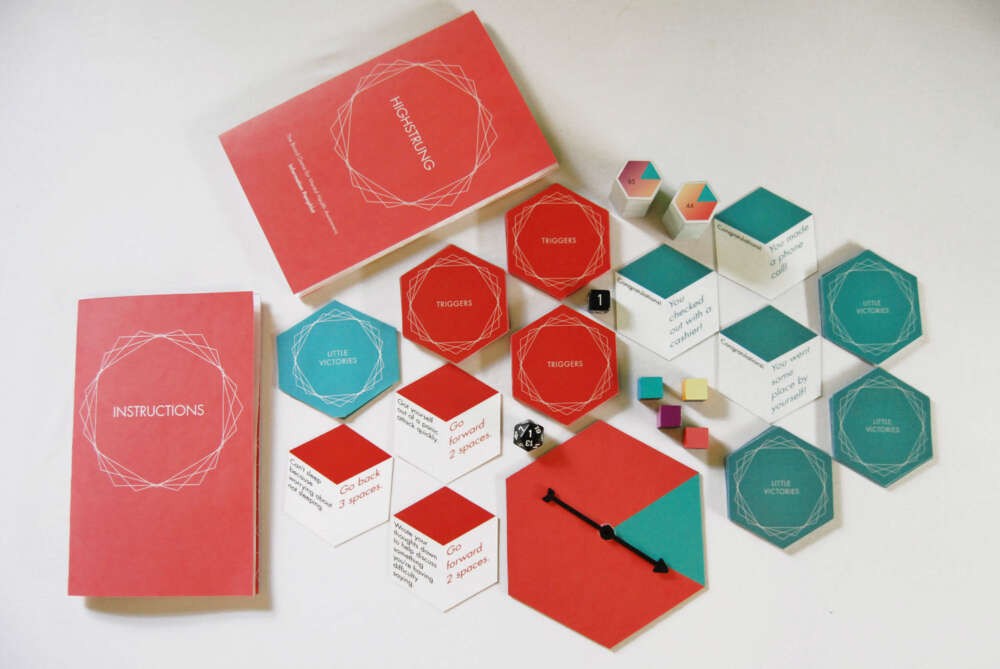 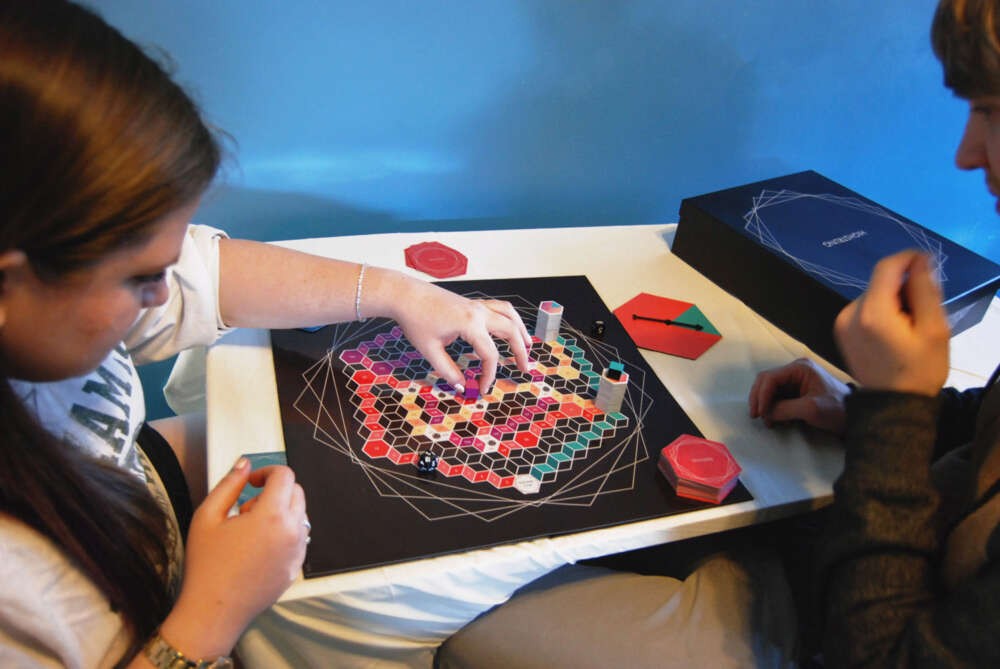 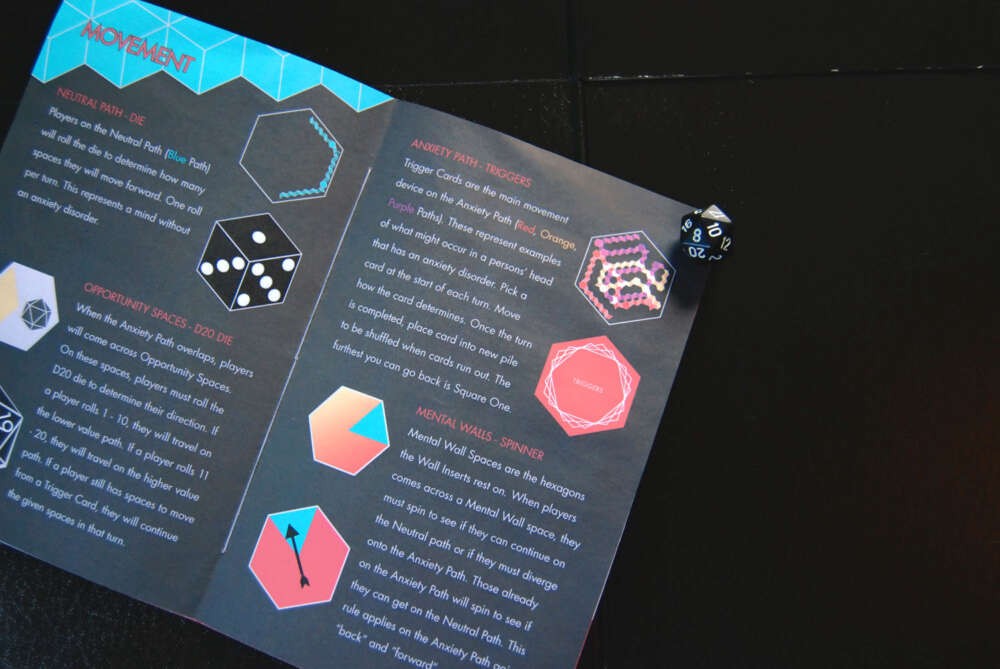 Two thirds who suffer from mental disorders, such as anxiety disorders, do it in silence, as they fear rejection or judgment. Affirming their fear is the chronic misunderstandings the general population has of mental disorders. There have been attempts of confronting this problem, such as social media campaigns, to promote communication. However, while these campaigns have noble motives, many who suffer from mental illnesses have difficulty communicating their thoughts. This issue leaves people feeling alone and discouraged, amongst other disheartening emotions. Highstrung is an exploration into inciting empathy from those who don’t understand through experiencing frustrations, restrictions, and anxiety by means of symbolic devices, such as rules and aesthetics. The format of board games was chosen, as games require participation with others. Highstrung’s rules are comparable to the mental rules that might control a person’s life and does not allow players to make any choices. This game is not meant to be fun, it is meant to be a challenge. The geometric, cube-based design messes with perception, as this project aims to change perception. While those attain understanding, participants with anxiety disorders can feel at ease within the familiar environment of gaming and reassuring tips within gameplay. Highstrung is an experience and a tool, not a form of entertainment. Ultimately, life-changing conversations can proceed due to newly acquired knowledge and changed outlooks. With this game, awareness can be raised, thus opening doors to continue the attempts of ending stigmas of mental health and encourage support for everyone who suffers.