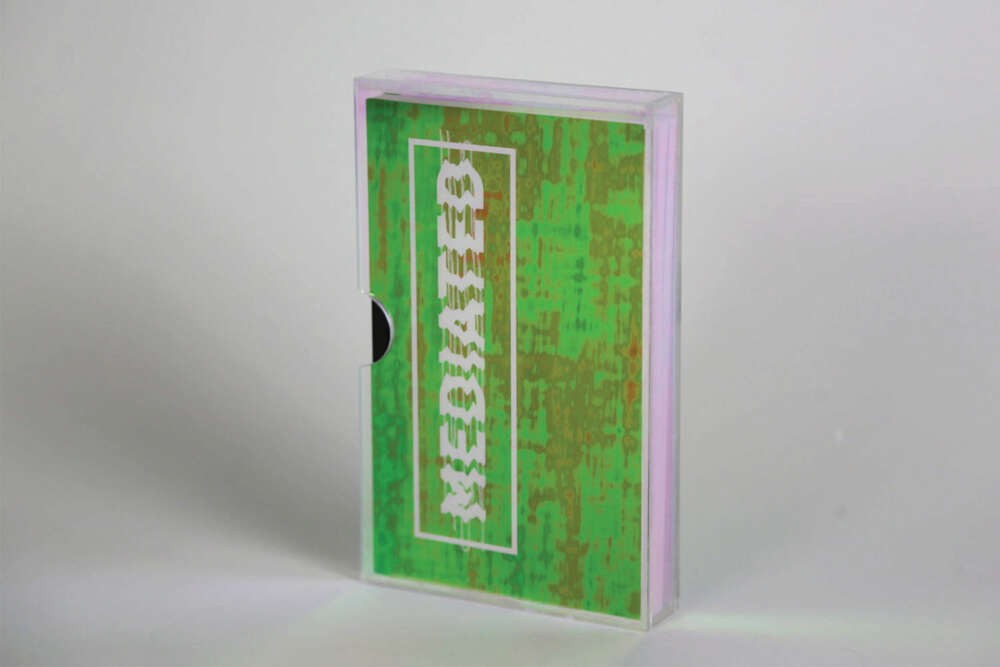 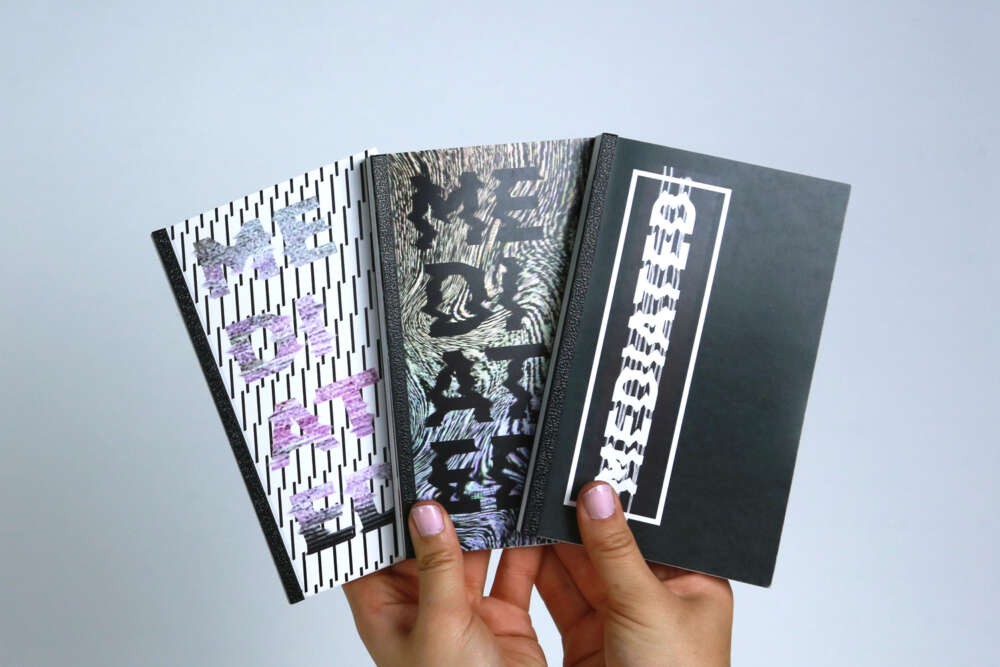 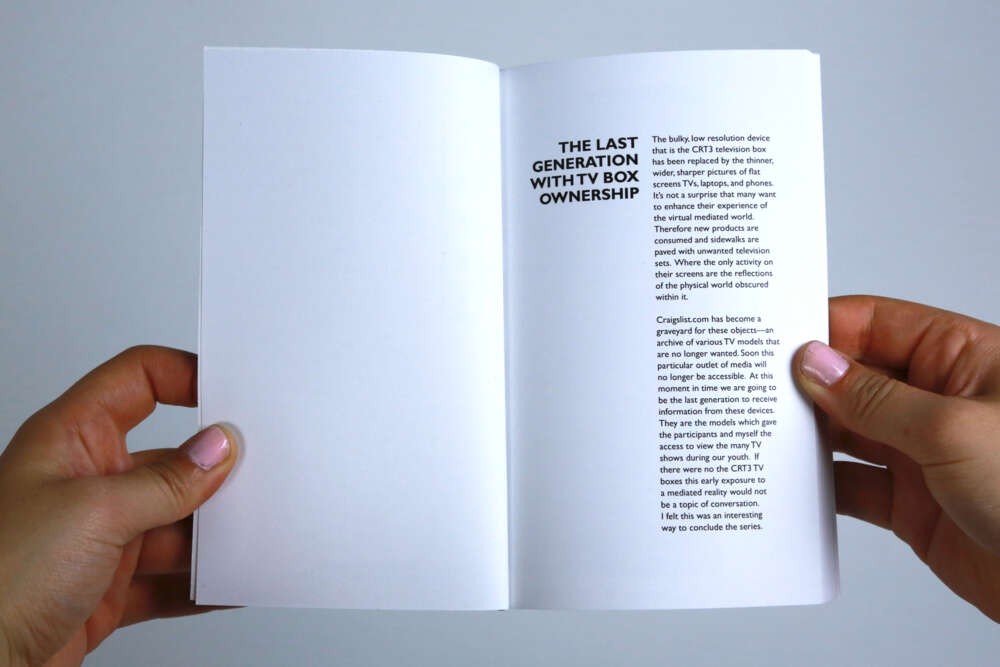 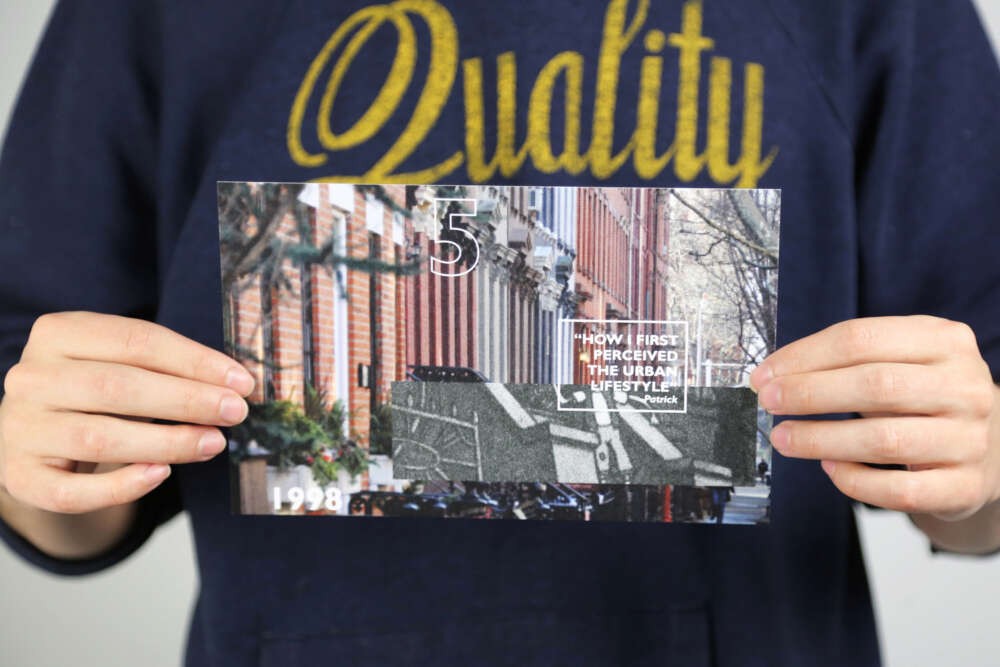 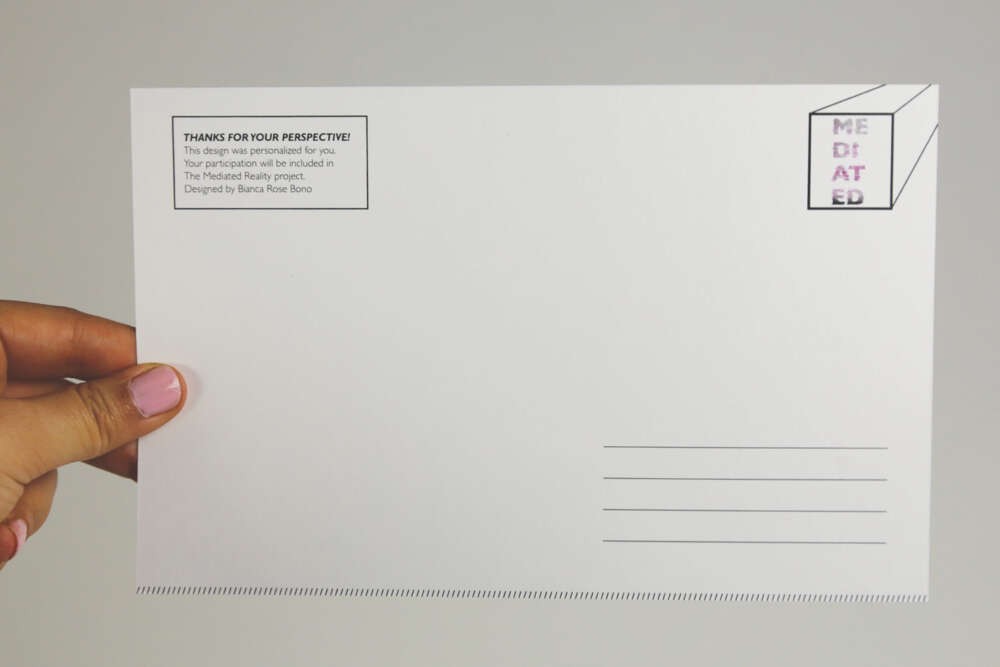 Mediated is a project that focuses on the the idea of a mediated reality, specifically one that is formed from watching television within our youth. You are living in a state where your mind is constantly associating the physical world to that of the virtual world. At a time where we are most vulnerable to understanding our surroundings, we have turned to the media for guidance. This bond that is developed with the device has unconsciously persuaded us to believe, act, or think a certain way. This series of three books each showcases a different theme within the idea of a mediated reality, labeled as One, Two, & Three. One is a designed assemblage of my personal perspective on how television shows left an impression on me within my youth. Two contains the same design format but with content based from the input of others. Posters and pamphlets further promoted the project as well as general involvement. In return the designs created were fabricated into a postcard for the participants to keep. Three is a collection of images found on craigslist of unwanted televisions, conveying that this particular outlet of media will no longer be accessible. Since, we are going to be the last generation to receive information from these devices and I felt that it was an interesting way to conclude the series.