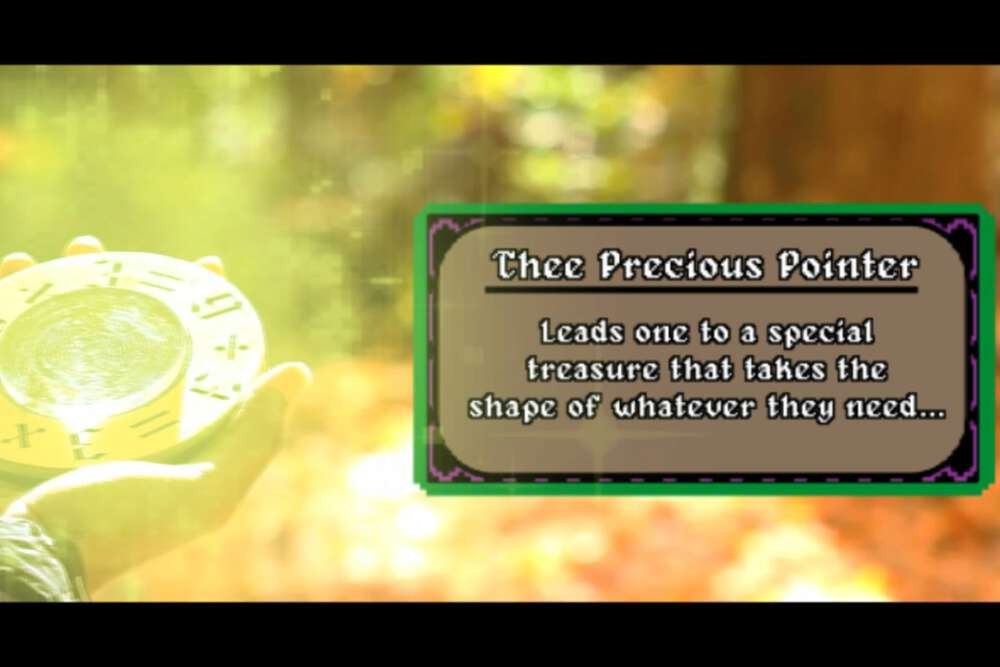 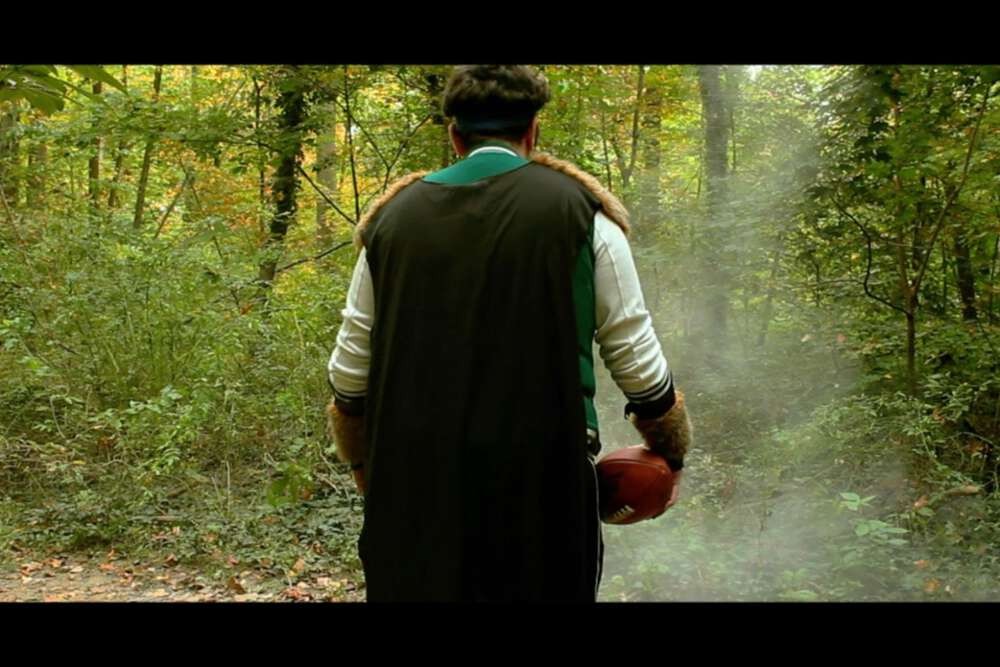 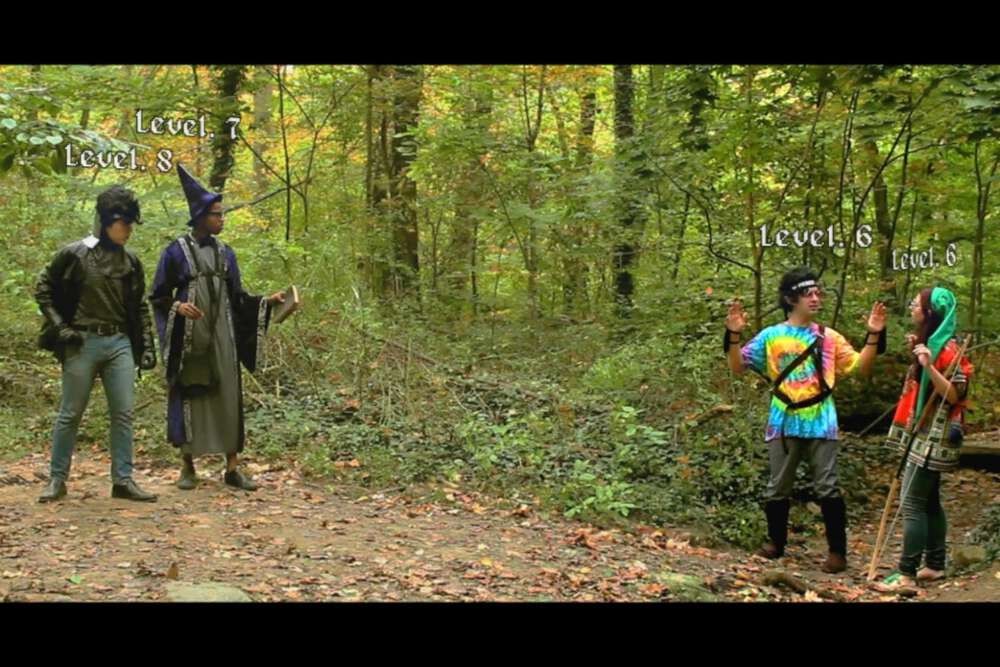 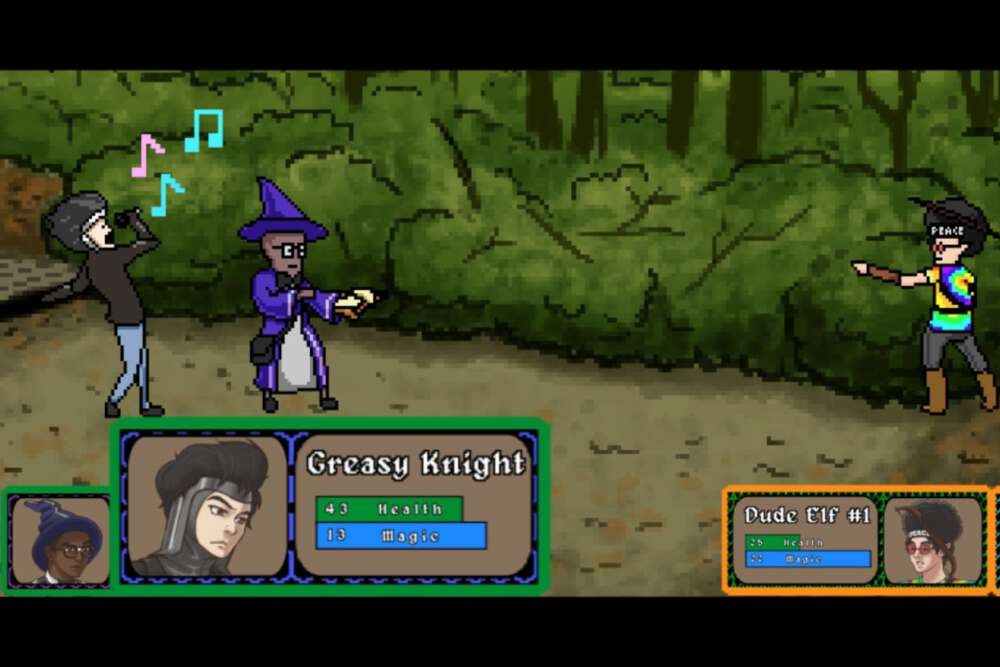 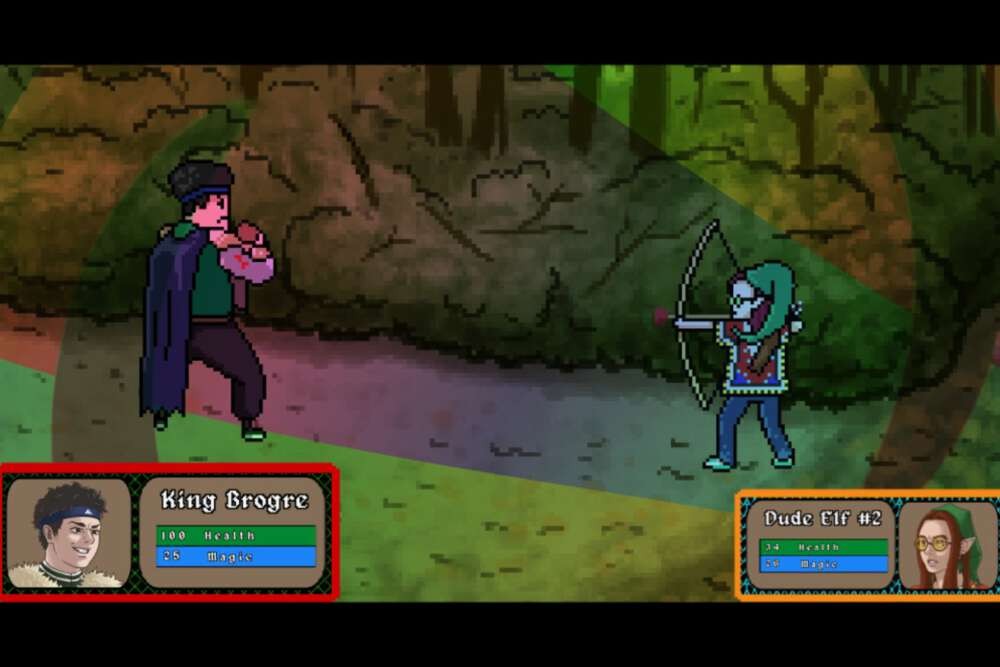 Modieval tells the story of a knight and wizard looking for treasure in a forest and the characters they interact with. But in this world, medieval stereotypes like wizards and knights are mixed in with modern subculture stereotypes like nerds and greasers. Like, the wizard is mixed in with elements of the modern nerd; robe and pointy hat in combination with suspenders, bow tie, and taped glasses making the character a “math mage.” The knight is mixed in with the elements of a greaser – leather jacket and chain mail meeting to create a “greasy knight.” The other characters include a dude elf; a hippie and and elf put together. And the antagonists are the brogres; jocks and warrior-types squished into one. The world and its characters are also filled in with gamer aesthetics such as levels for characters and text boxes, explaining objects and such. In addition, whenever characters enter into a battle with other each other, the normally live action scene transition into an animation in the style of older turn-based role playing video games.