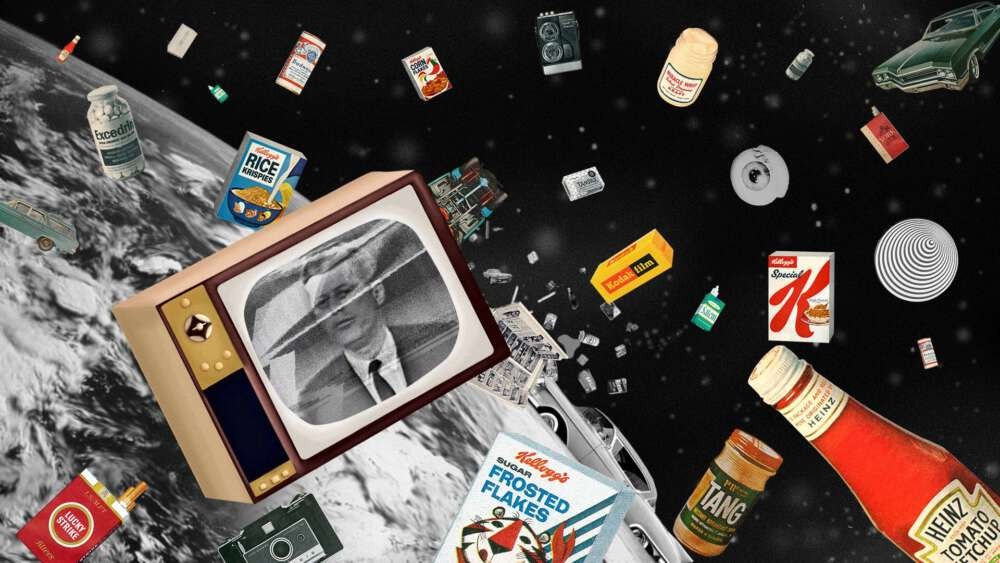 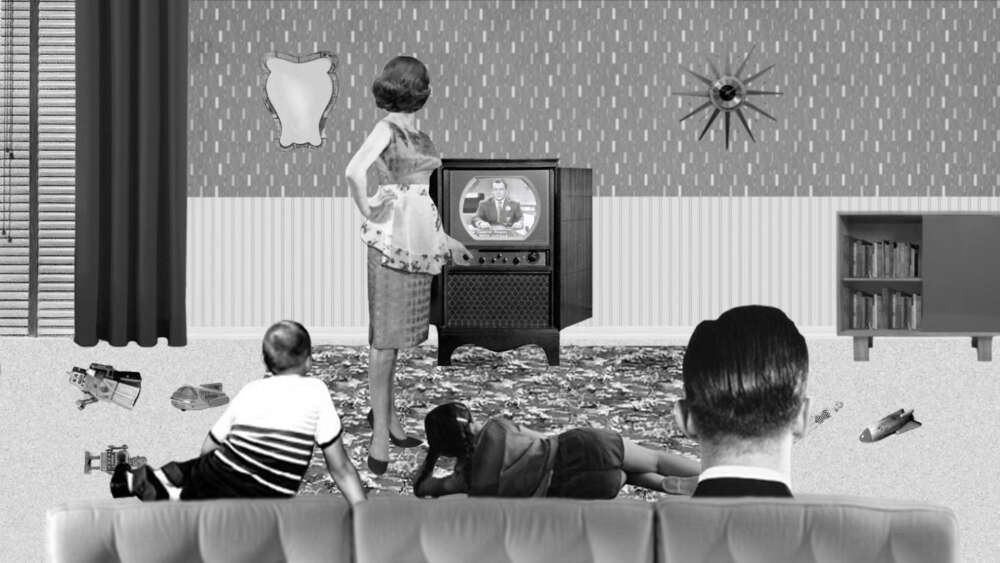 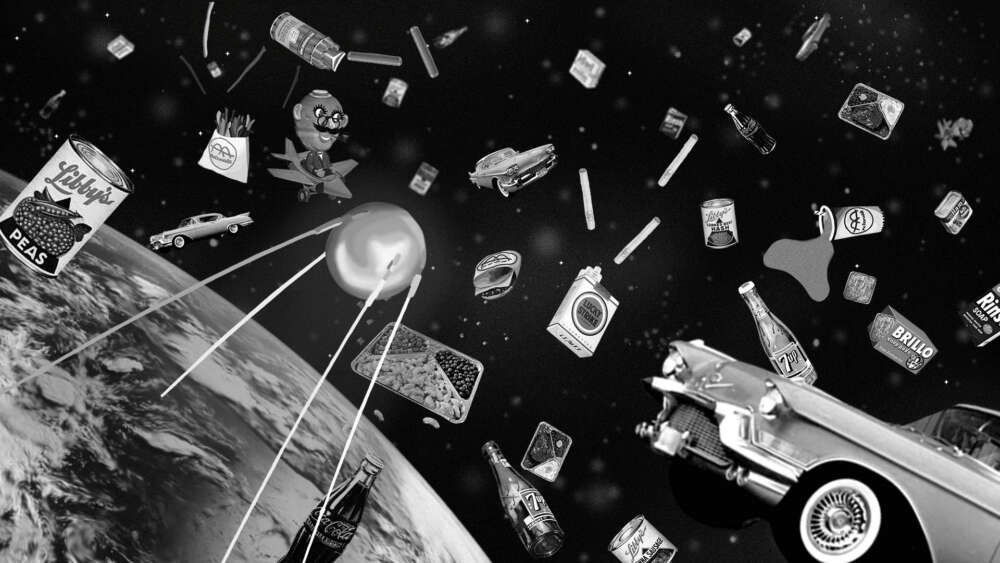 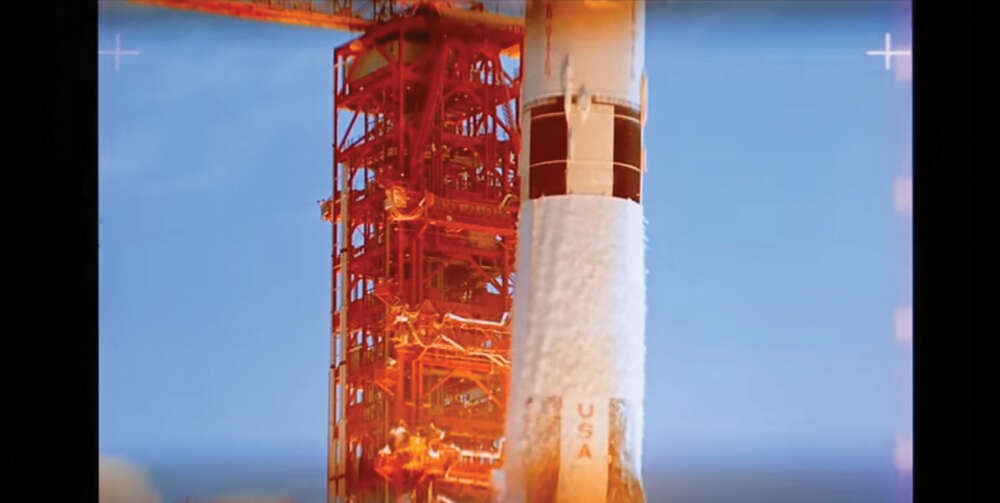 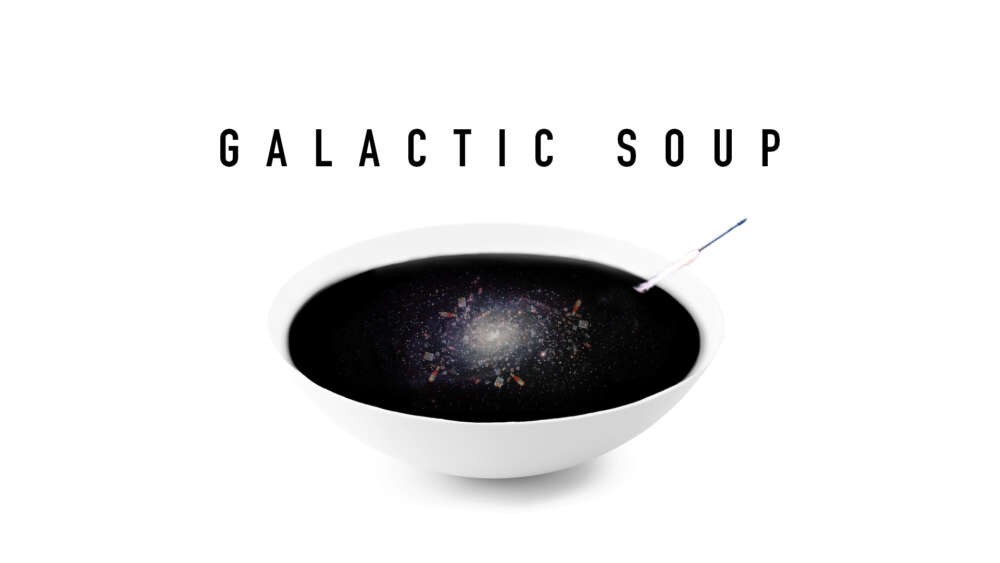 “Threescore and seven years ago in this very galaxy, on a pale blue dot, two opposing forces raced to enter the final frontier. The Space Race was not only a race to further spaceflight capability, but for knowledge, and ultimately, power. A generously funded space pro- gram and industries such as science and technology made advancements out- side of space exploration possible — specifically within medicine and technology (computers and many different communication devices). The technological advancements spawned from this promises and fears created by the Space Race, period and onward were vast and far-reaching, affecting all aspects of everyday life, both directly and indirectly.” Galactic Soup offers an alternative record of this time, an animated anthology that juxtaposes the history of space exploration with iconic events in science fiction and popular culture from an American perspective from 1950 until today. Images offer a better testimony than any other piece of historical evidence, and the images created during this time period offer a direct manifestation of the and space exploration in later years. By creating a divergent narrative, this piece attempts to ask the audience to analyze elements differently, as a whole. The work proposes conceivably unforeseen connections between historical and cultural events from a more inclusive cultural perspective. We find ourselves at a crucial time to reevaluate not only this period in history and its advantages, but particularly the future’s.