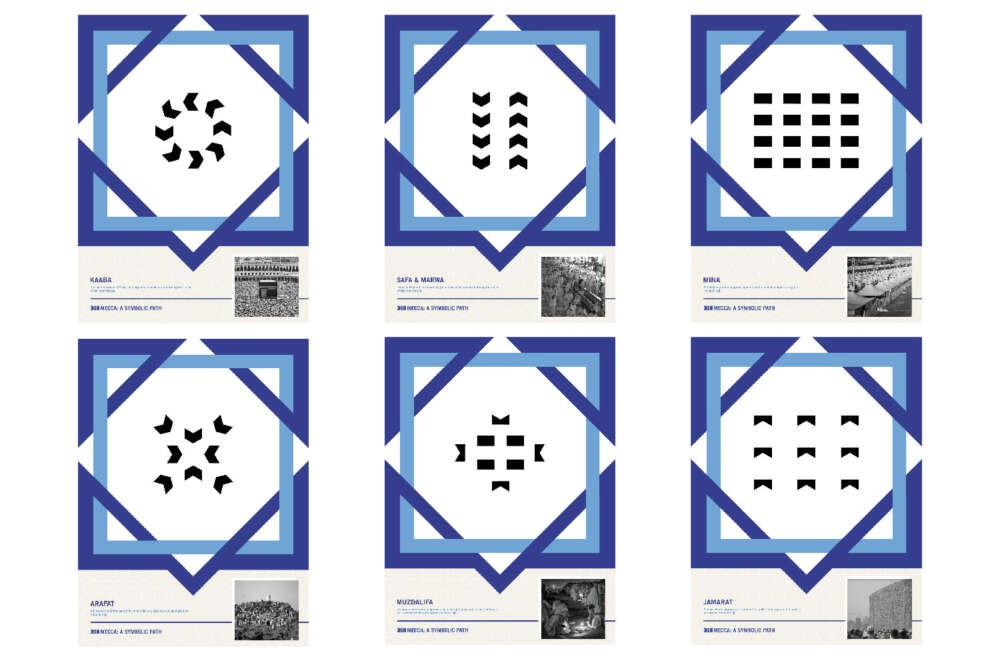 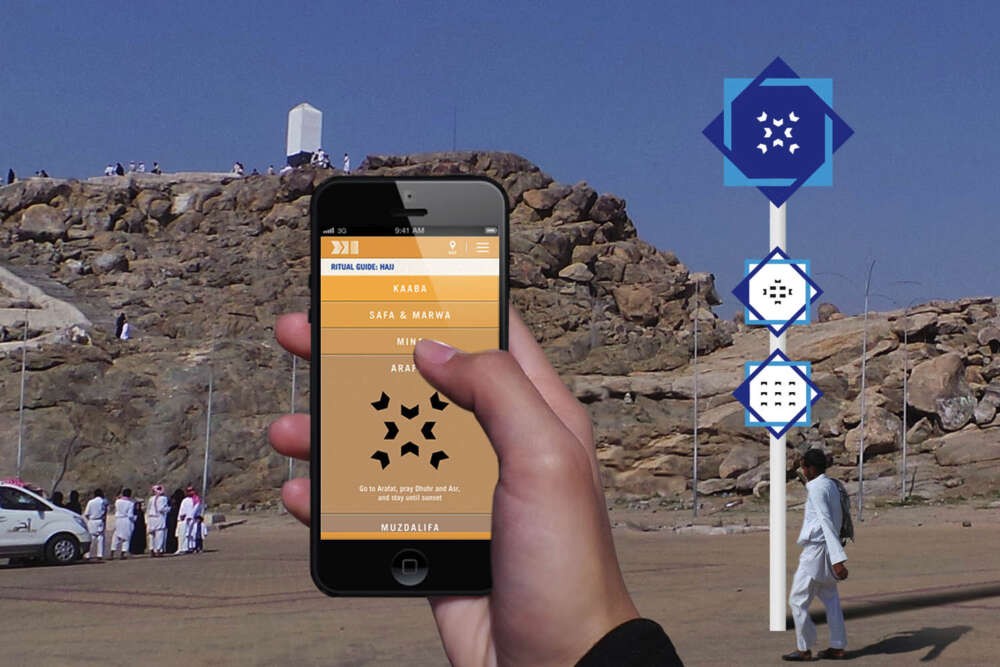 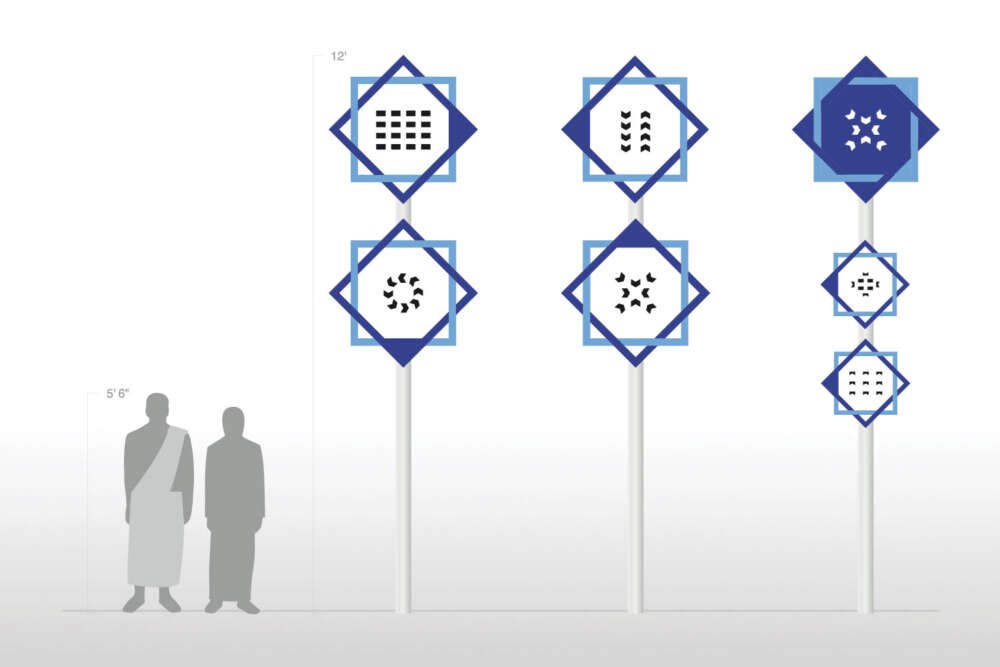 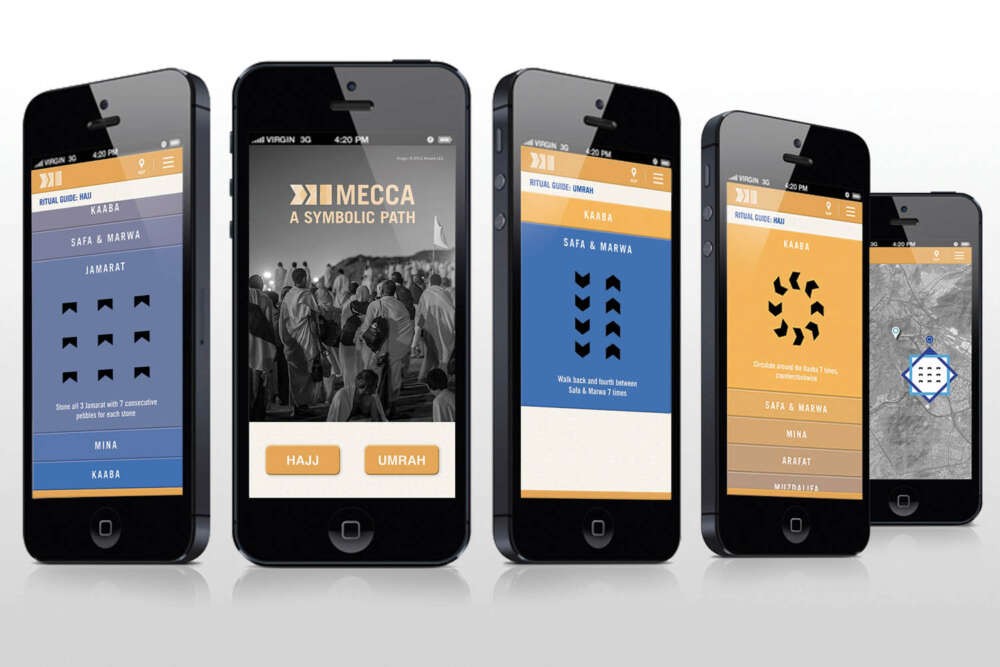 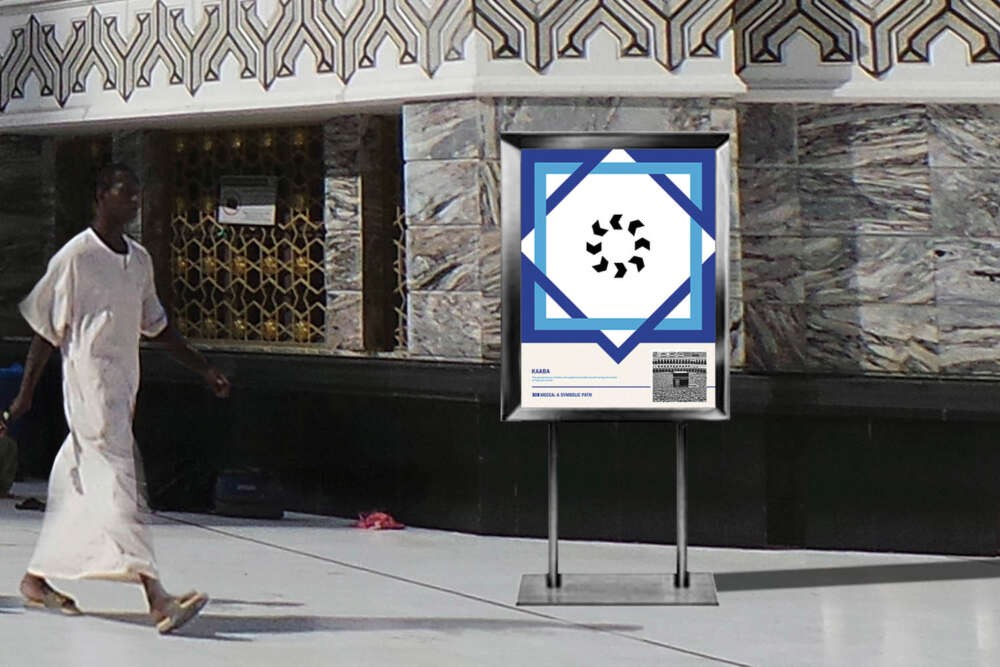 Every year about three million Muslims from around the world visit Mecca for the pilgrimage of Hajj. Not only does this happen once a year for Hajj, but also throughout the year to perform the minor pilgrimage, Umrah. This leads to a highly dense space with a very diverse group of people coming from differ- ent backgrounds and speaking many different languages. Even Arabic, the language of Islam, consists of many dialects used in different regions throughout the world. With a blend of countless ethnicities, language is the one thing that separates the pilgrims from one another. Mecca: A Symbolic Path involves designing a universal wayfinding system to potentially solve the issue of a language barrier in Mecca. The project includes a collection of symbols that represent the six monumental places of the pilgrimage, and placing them on signage that directs pilgrims around the city to those places. Working simultaneously with the signage, the mobile application gives users a step-by-step guide to performing the pilgrimage of Hajj and Umrah. Also a visual map of Mecca, embedded in the app, will make it easier to get around the large city. Finally, posters will help pilgrims recognize the symbols and what they represent. Inspired by the stories I’ve heard of other peoples journeys and my own, I hope that this project will benefit many pilgrims on their spiritual journey to The Holy City of Mecca.