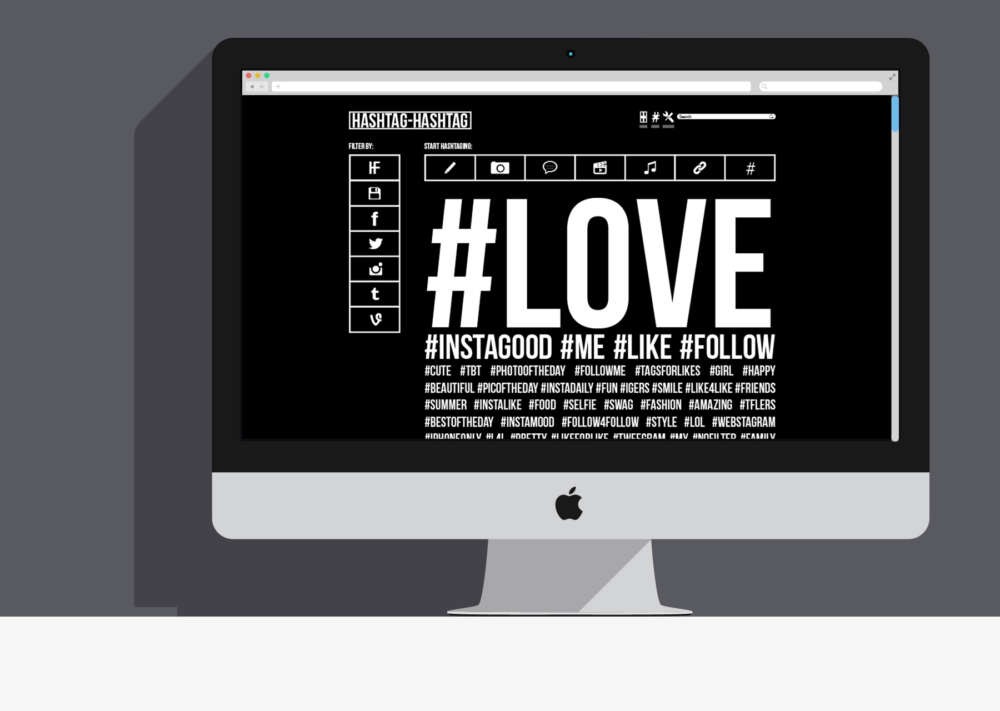 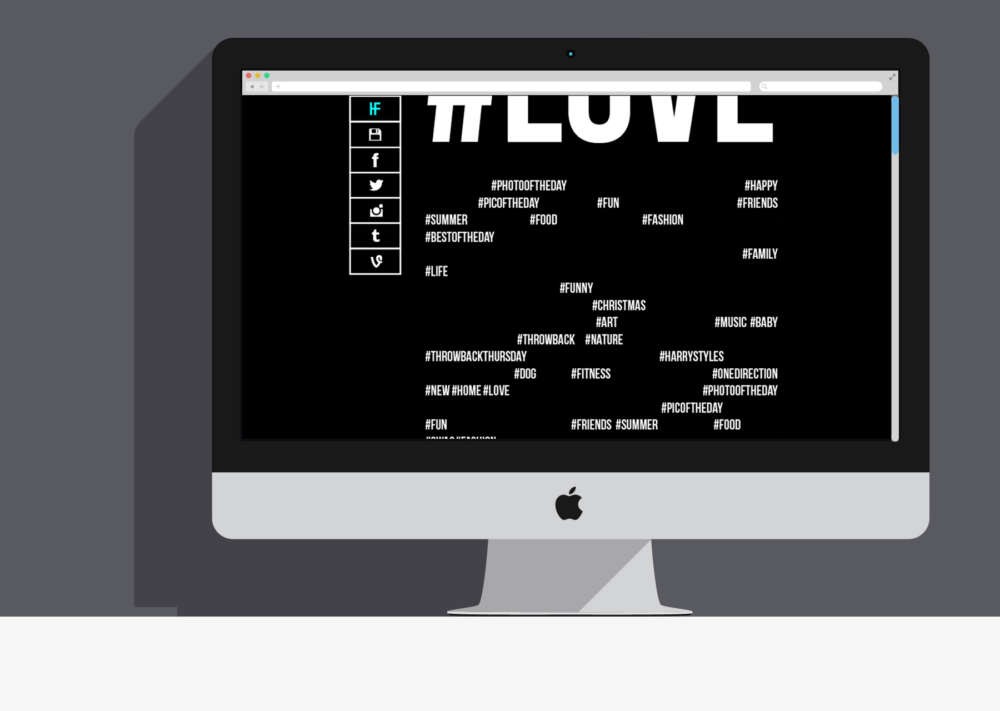 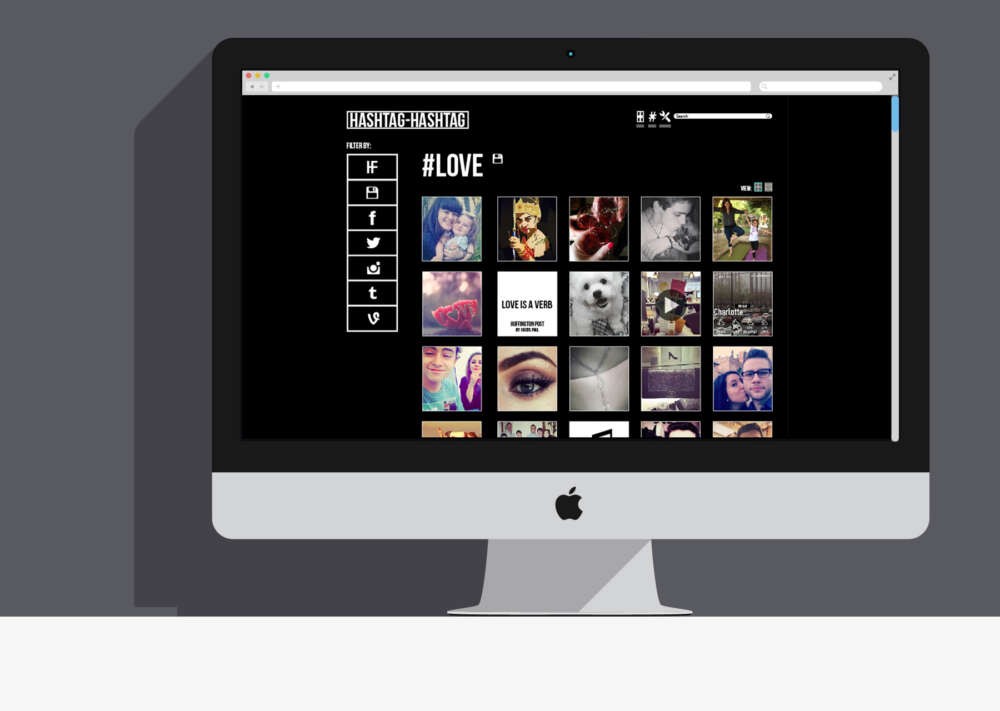 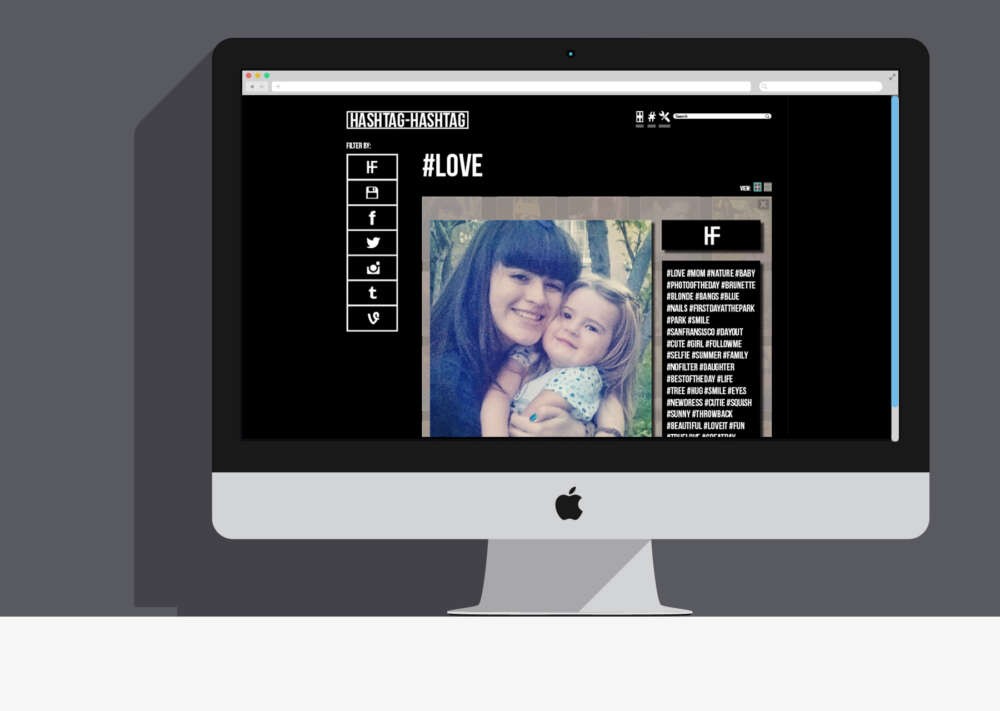 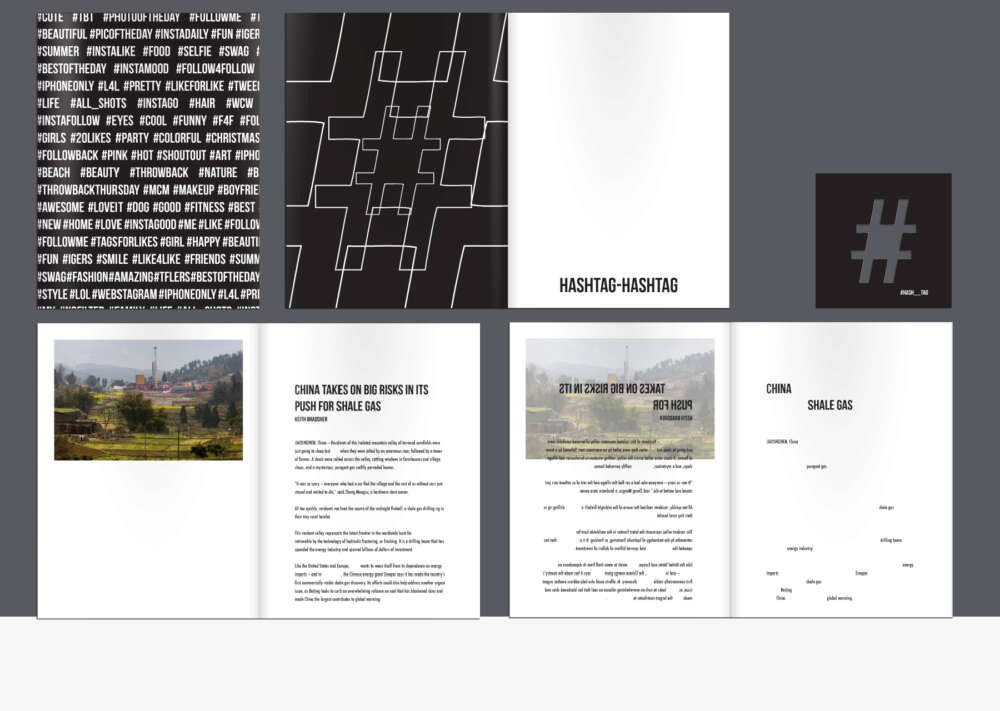 Hashtag-Hashtag is a brand that works as a satire of social media and the culture of hashtags. In a sense, hashtags have become their very own language that people overuse for organizational purposes but also are descriptive aids. Through a series of experiments, I have learned a great deal about a person’s mentality when they consider what they choose to share online. In general, people usually only post details into the that they feel embody and speak to their identity, which allows for a sort of social experiment that gives insight into the modern age and the population that creates it. Hashtags act as powerful vessels in which people can communicate and simplify their own perspective of who they want to be perceived as, molding their virtual identity and resulting in general-language hashtags. My project includes a website that will engage user participation and collect information that is already present in social media, with the hope of creating a satirical piece about our society. Like many things in American society, things are taken to an extreme and become something entirely different. Hashtags can be divided into two categories: informative and superficial. The website will act as a filter that will not only delete the general language hashtags, eliminating the superficial, but it will also express the amount of “filler space” in our world and media. This concept will continue in a small hashtag publication as well as a set of promotional hashtag cards that allow a user to physicially hashtag their environment.