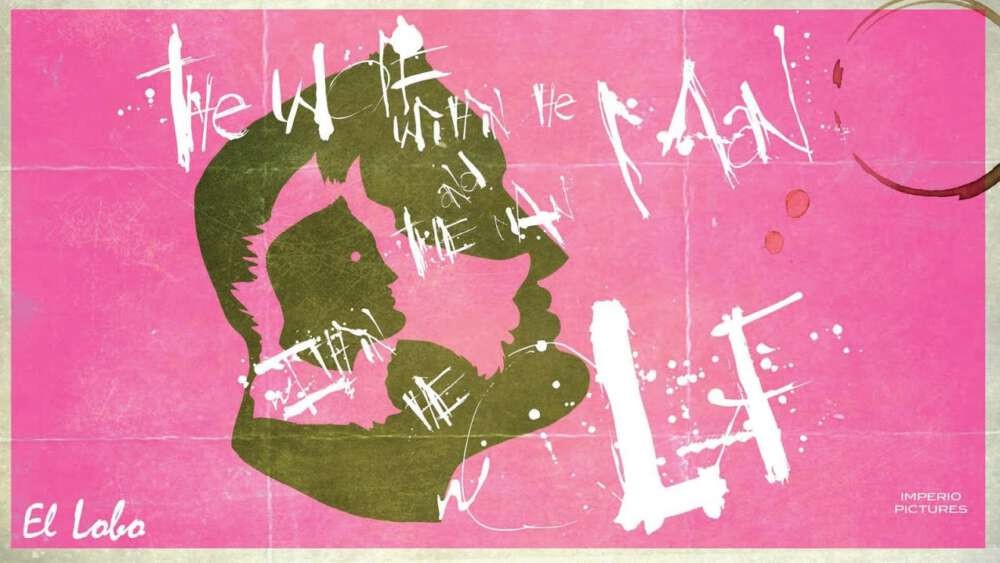 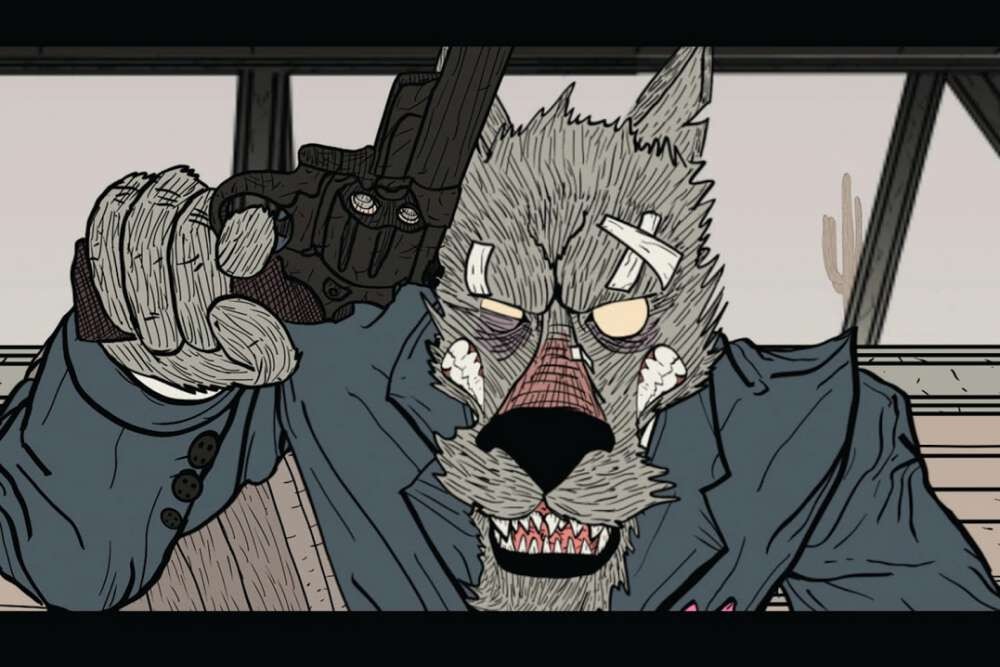 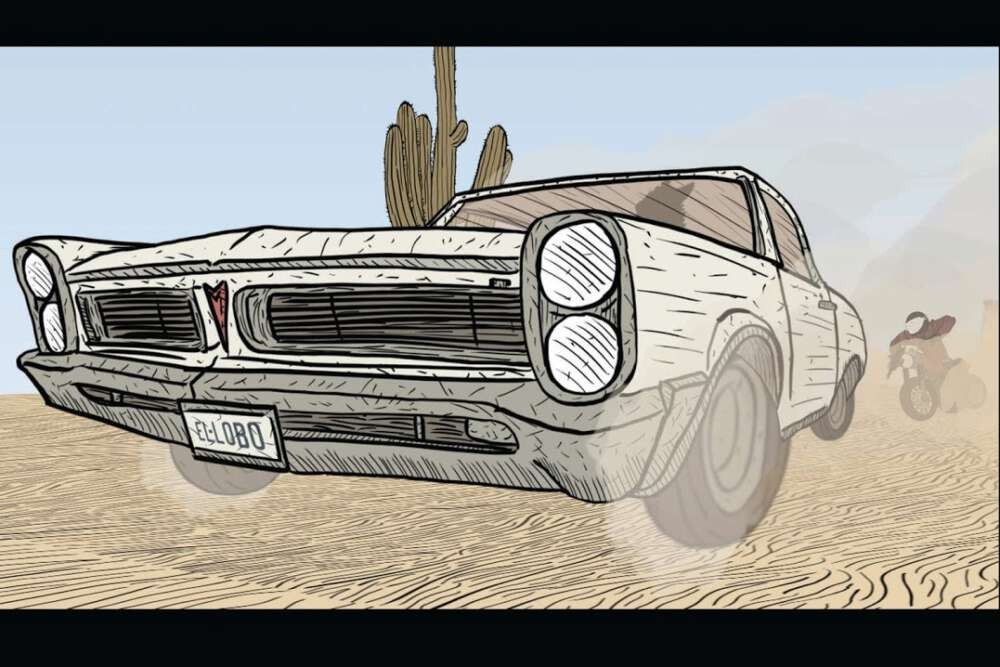 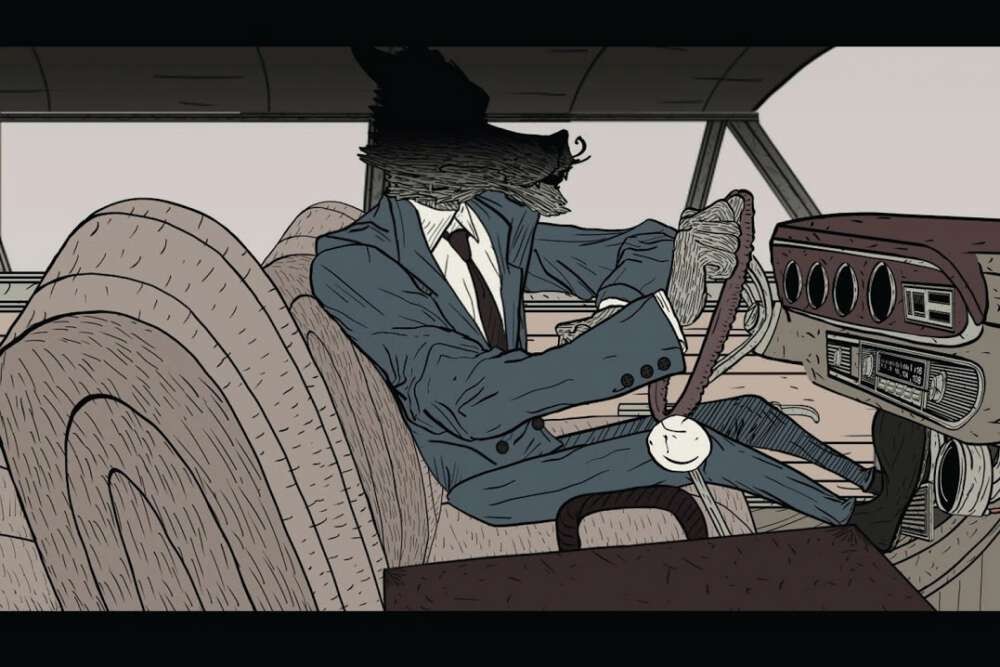 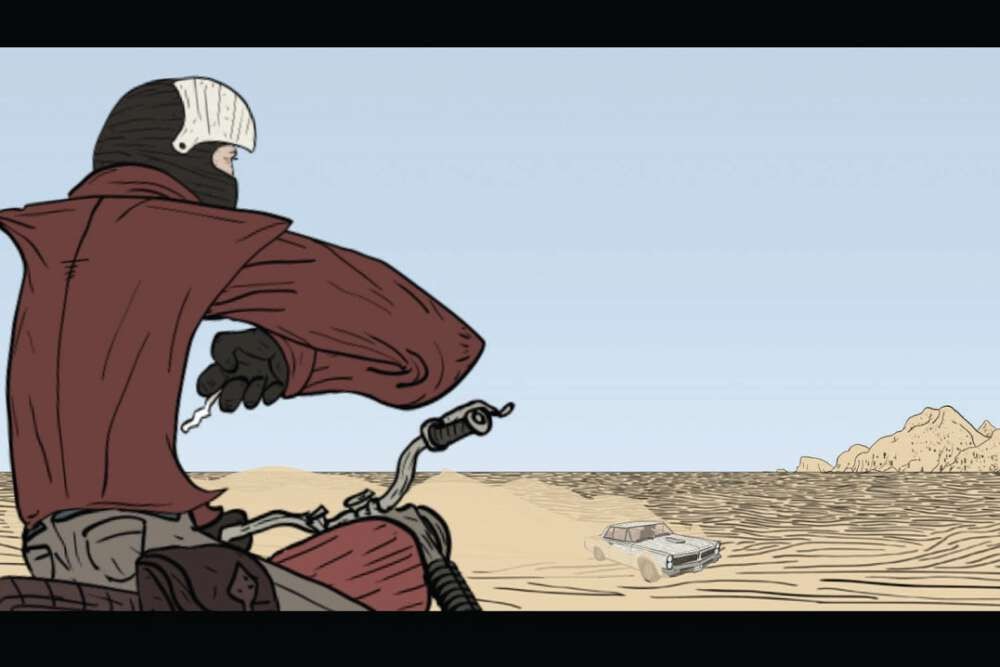 El Lobo, an animated short about the Wolf within the Man, and the Man within the Wolf. The narrative follows a crazed, undercover Operative-turned-fugitive, as he tears across the Sonoran Desert in his powerful muscle car. The double agent is exposed to an experimental narcotic and hallucinates himself a new identity as a criminal Wolf Man, “EL Lobo”. Struggling with his amounting insanity and with his former employers in hot pursuit, El Lobo makes a break for Mexico. The story is a homage to the hard-boiled Mexican crime films and the Spy thrillers of the Cold-War era. The Protagonists’ narration of the story is reminiscent of the Film Noir genre, another stylistic influence on the piece. The visual elements are made up of Adobe Photoshop illustrations, rendered in a comic book aesthetic, emphasizing on the frenzied spirit of the action-packed story. The elements and illustrations for the film are all composited, expressively animated and edited in Adobe After Effects. “He who makes a beast of himself gets rid of the pain of being a man.” — Dr. Johnson.