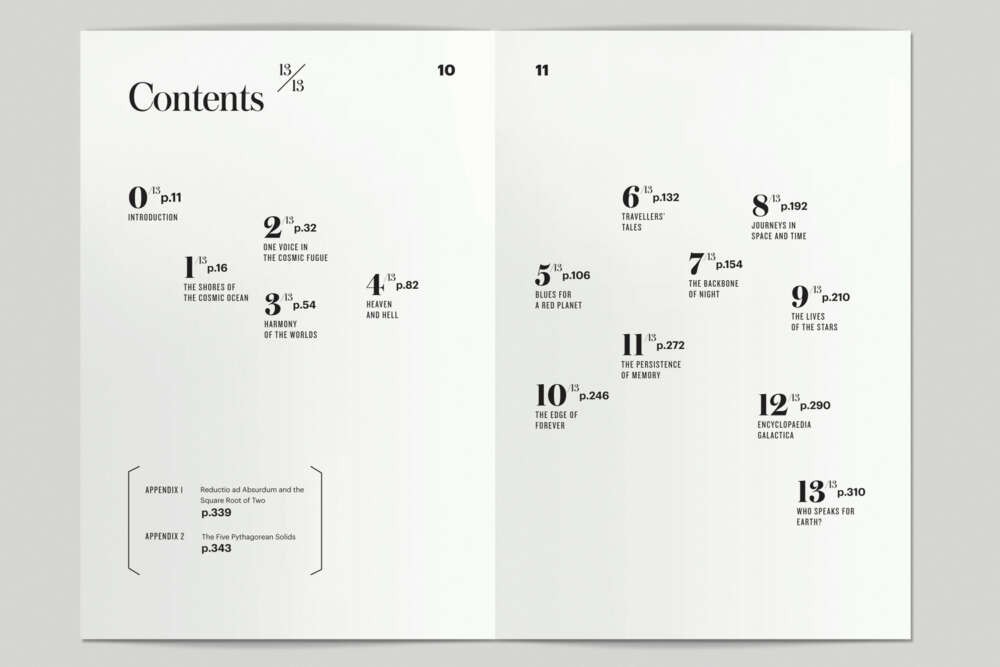 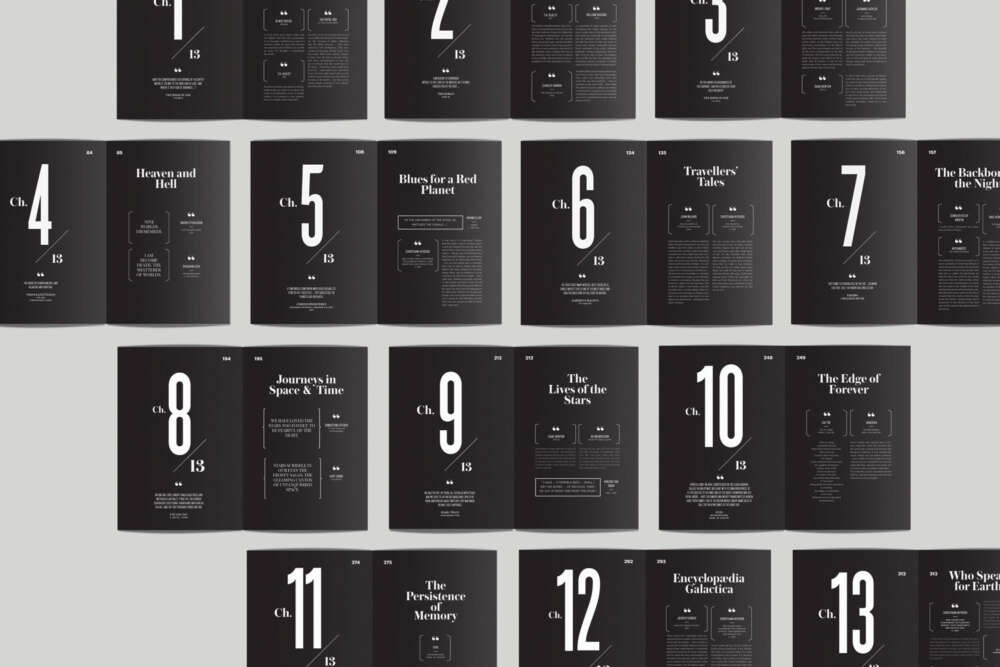 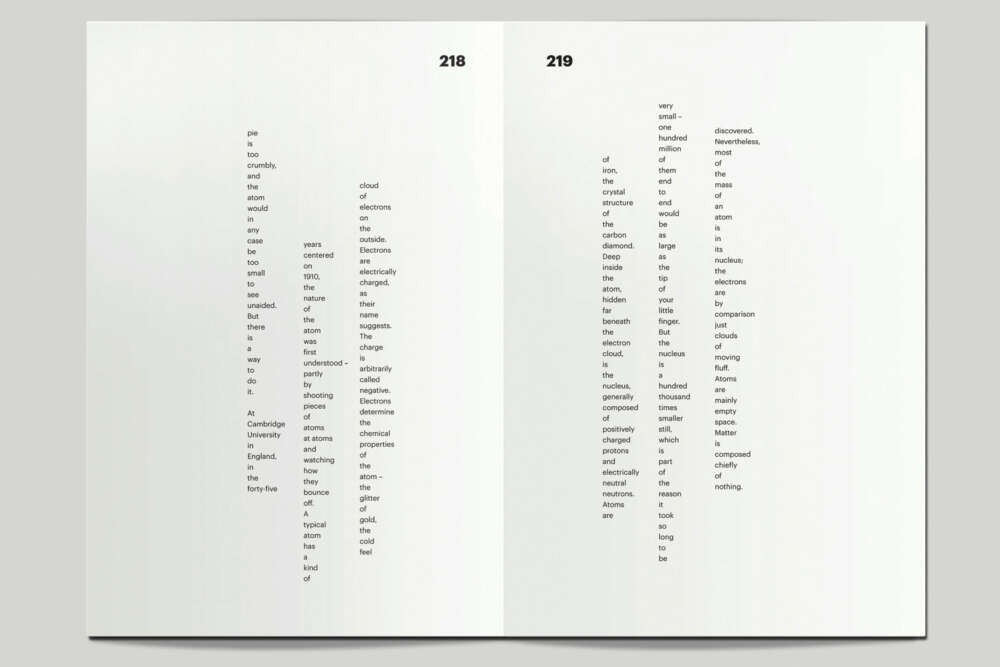 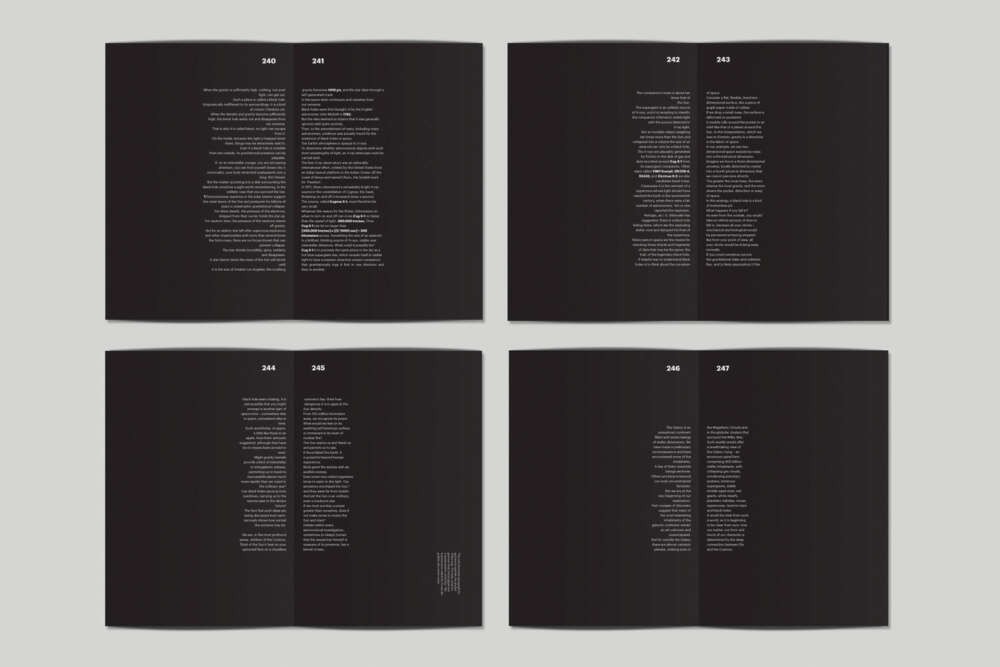 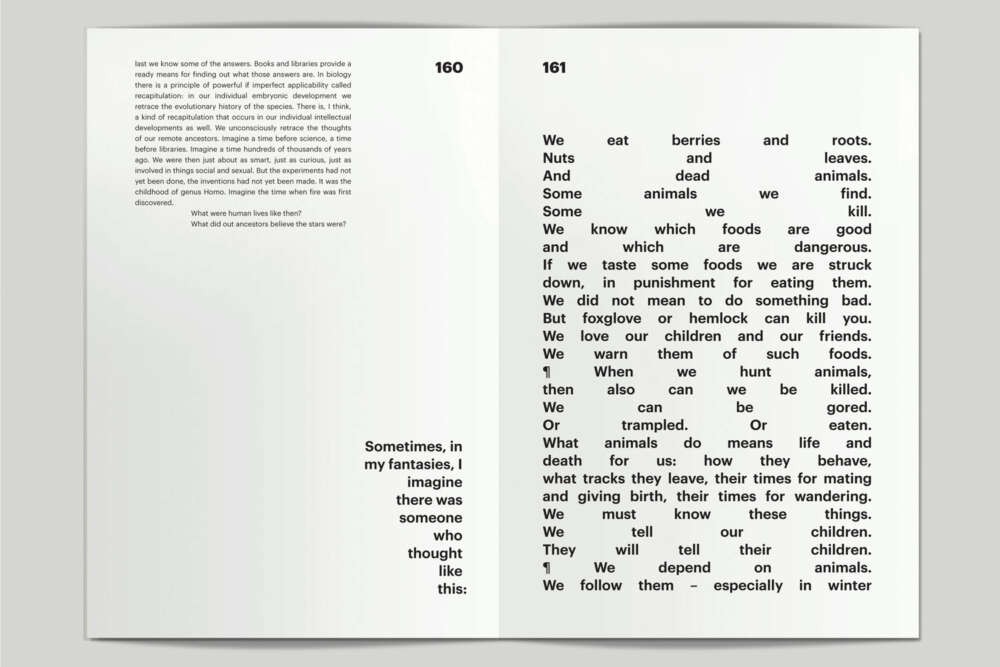 How can Science and Literature, often considered completely disparate areas of knowledge, be unified in a coherent and meaningful manner? Can a piece of science writing also be considered a literary classic? According to the physicist Niels Bohr, “The opposite of a fact is falsehood, but the opposite of one profound truth may very well be another profound truth.” Literature reveals truths, while Science is a search for facts. However, in my thesis, I will show that the two are not mutually exclusive. Carl Sagan’s Cosmos unifies this dichotomy by expressing truths about humanity in the process of explaining scientific facts about the universe. The method of this unification will be shown through various typographic styles and experimental typeset- ting that highlights his greatly convincing writing technique. Sagan’s text has also been designed to influence the pace and rhythm of reading, such that the reader is made more aware of the expressive and poetic quality of his writing. Typography is thus utilized as a form of subjective annotation. Identifying the patterns and usage of persuasive and poetic devices can enable us to become discerning readers and better writers. Gaining an awareness of the vastness of the Cosmos can empower us to become responsible citizens of the Earth. Consequently, this typographic redesign of Cosmos aims to inspire readers to become more critical through an examination of literary technique, but also more compassionate through an understand- ing of Sagan’s view of humankind’s place in the universe.