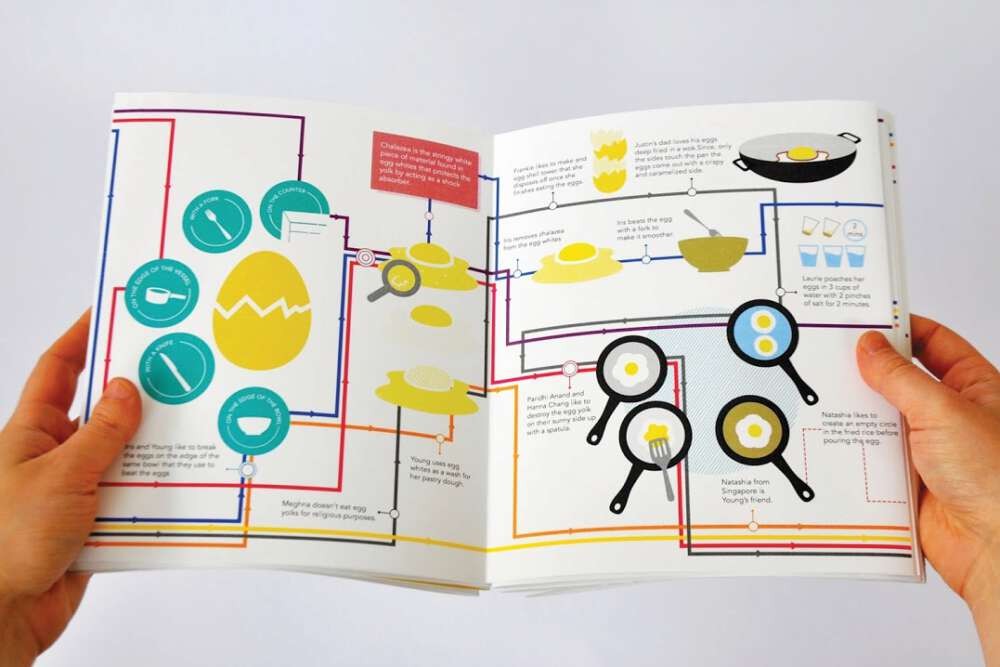 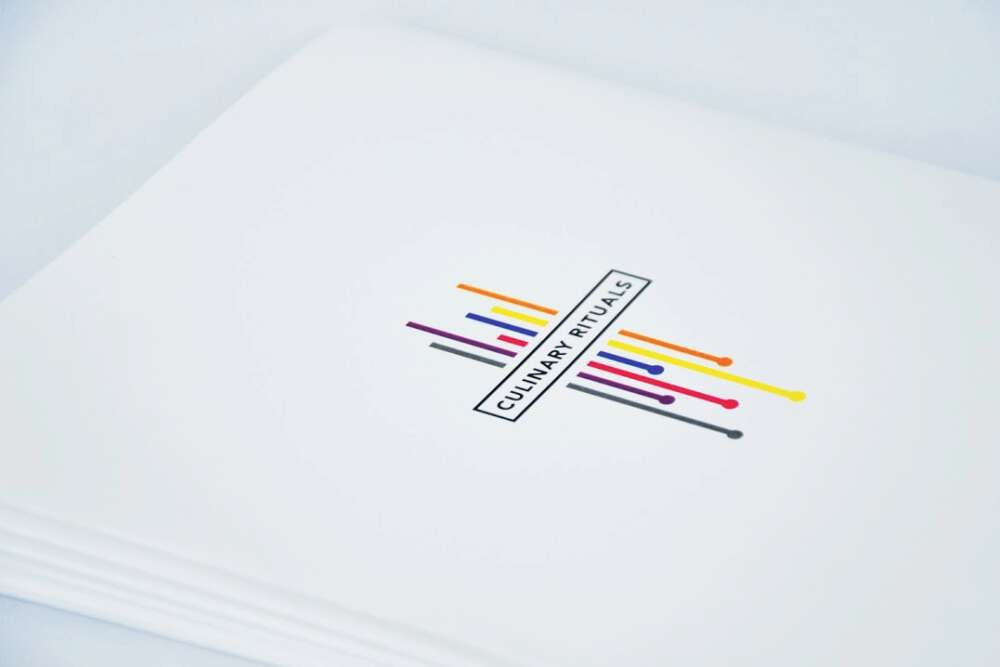 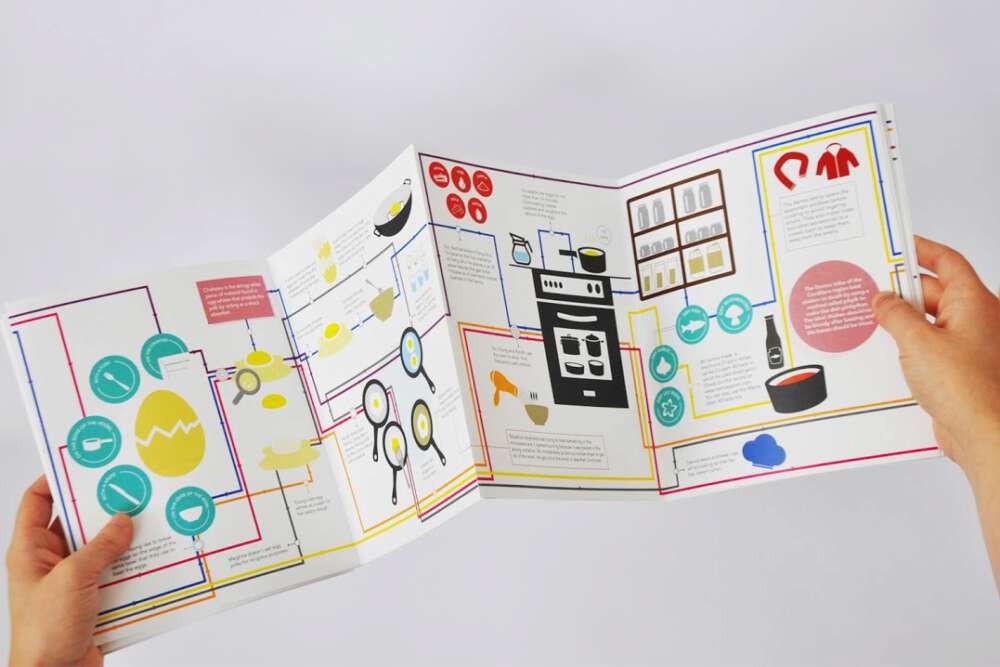 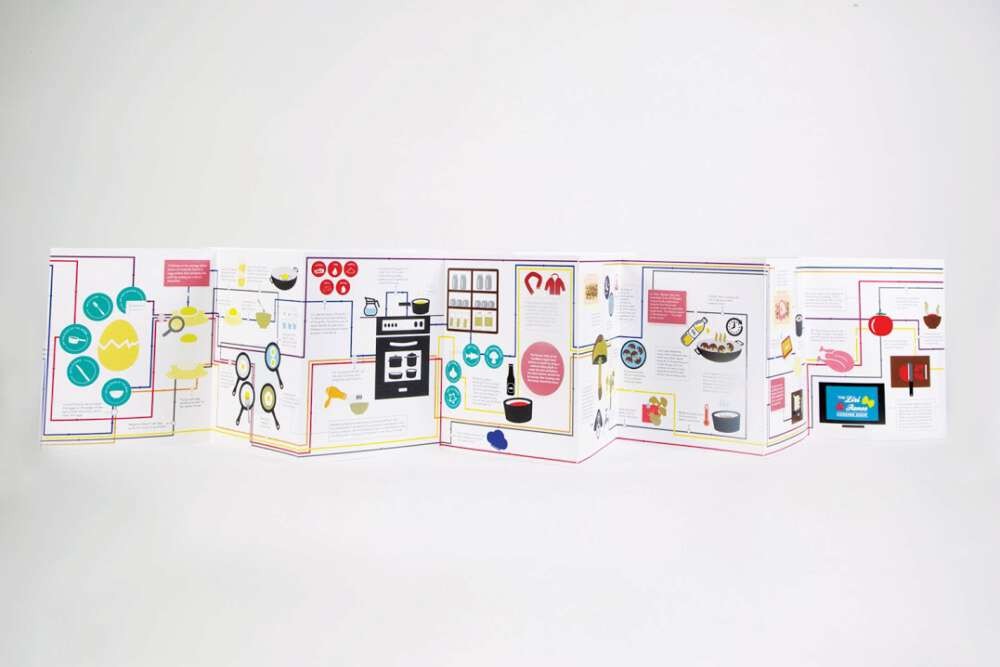 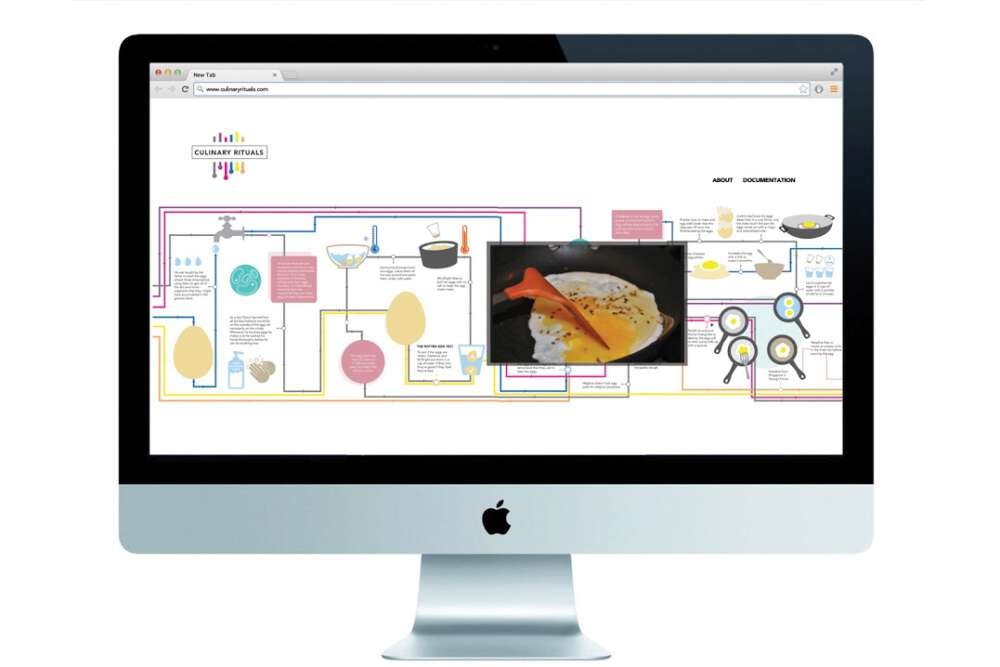 Culinary Rituals is a multicultural exploration of acquired and created culinary rituals. An experiment conducted by Harvard proves that culinary rituals enhance the taste of food considerably by activating the human senses which encourages people to become more aware of how they interact with their food. I started this exploration by documenting families living in New York City and by keenly observing their interaction with their food on the bases of the washing, cutting and cooking techniques they followed. Additionally, I extended my research by sending surveys to people around the world. Culture, religion, family and ancestry form acquired culinary rituals that are based on traditions and restric- tions. Urbanism, psychogeography and personal convenience provoke created culinary rituals and profoundly influence how people relate to food. Starting from one basic ingredient – the egg – I intend to take the reader on a culinary journey that travels from personal experiences to accidental discoveries.