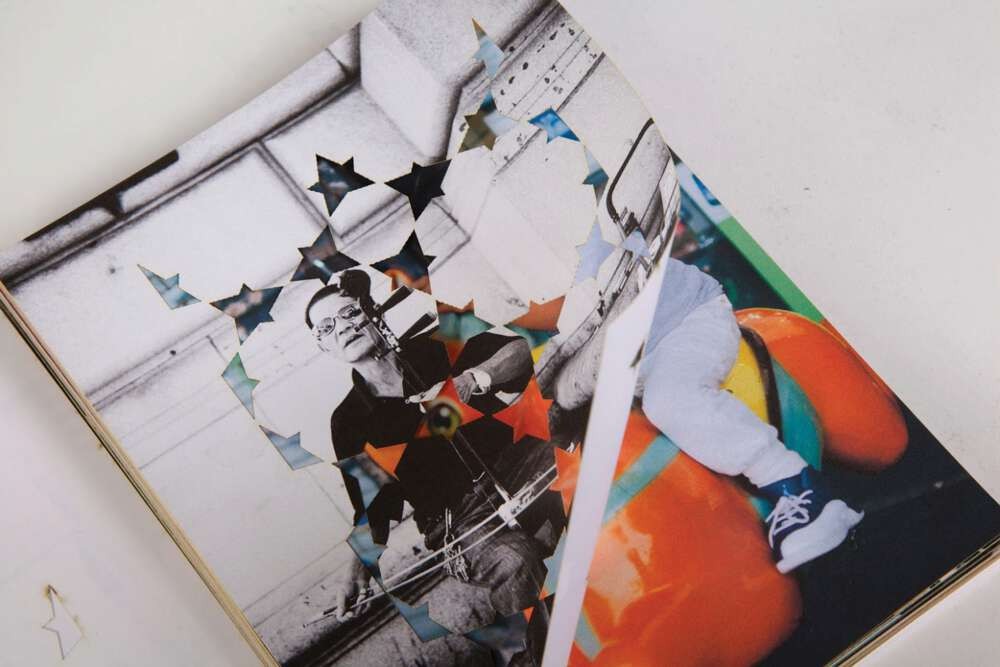 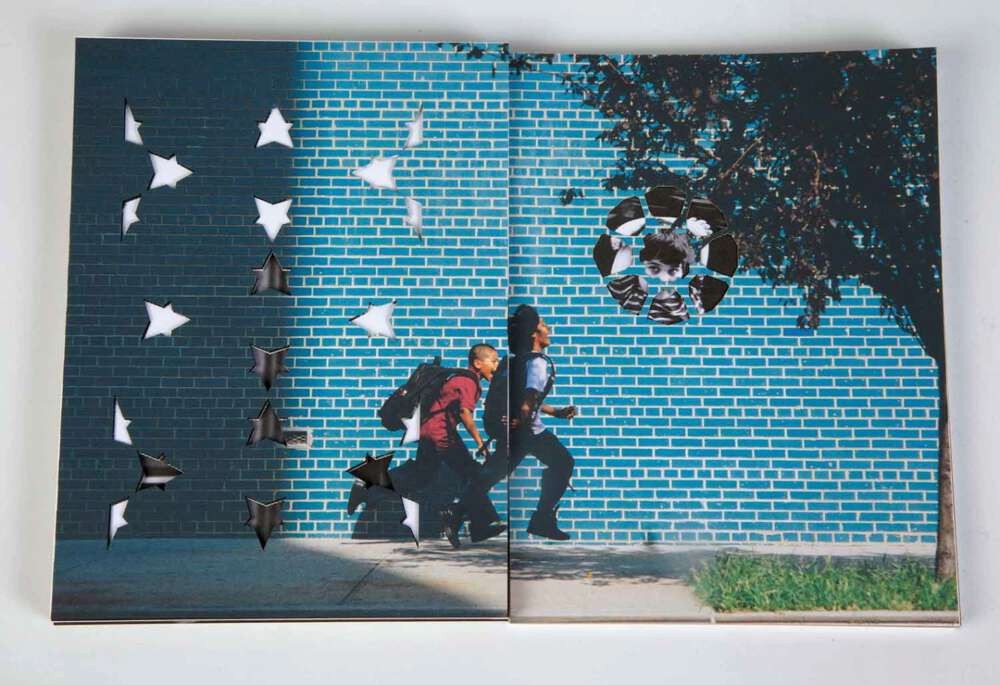 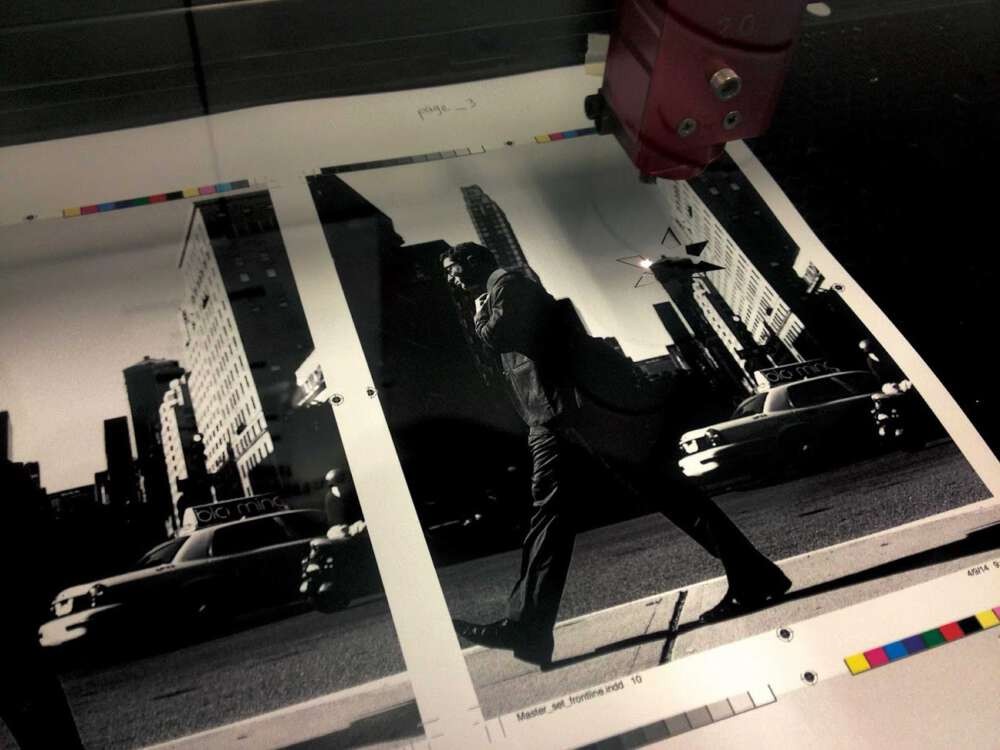 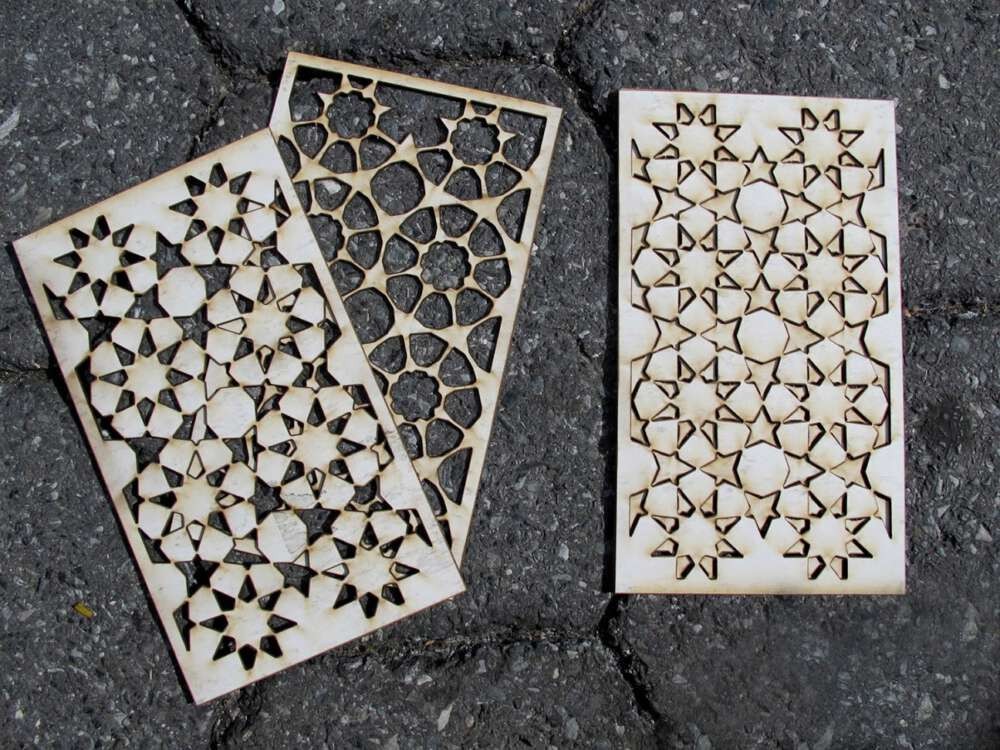 My thesis is a modern exploration of The Arabian Nights within New York City. This exploration takes the form of a primarily photography-based book. One booklet represents one night (Arabian Nights contains a total of 271 nights). This first book, which tells the story of The Merchant and the Demon, will be part of a proposed cohesive set of 271 books and each will recall traditional Islamic Art. Each book within this proposed series would feature a different city, a different grid pattern structure, and two new photographers. In addition, books of the series all come packaged with a selection of stenciled cards with the patterns that were used in the particular book. These cards are a fun way for readers of any age to explore the interrelation of the pattern permutations in any way they choose. The photographs chosen for this book come from two current New York street photographers, neither of who has met the other. I have chosen these photographers, Rufus Mangrove and Daniel Chowen, for their different yet compatible views of New York. While Rufus’ images capture the gritty and raw essence of the city, Daniel’s work focuses on the quiet, seemingly forgotten moments that comprise of living in New York. Paired together, the additions of patterned laser-cuts, these two photographers unite to form what I perceive to be a very rich view of such a diverse community. The final combination of book and cards will provide an experience of Arabian Nights in a modern, designed context while still embracing its rich traditional heritage.