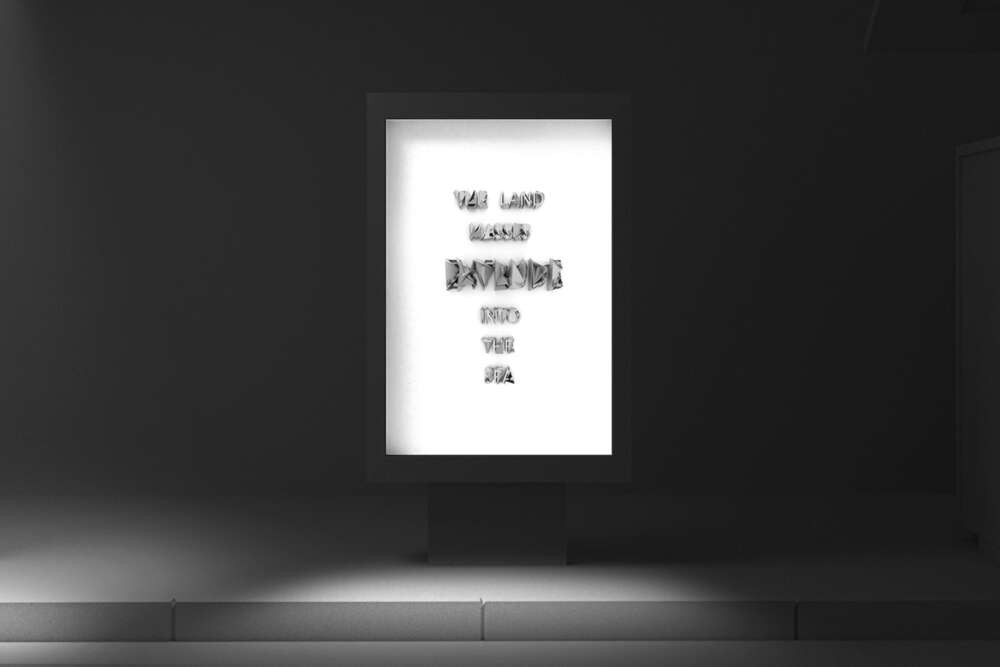 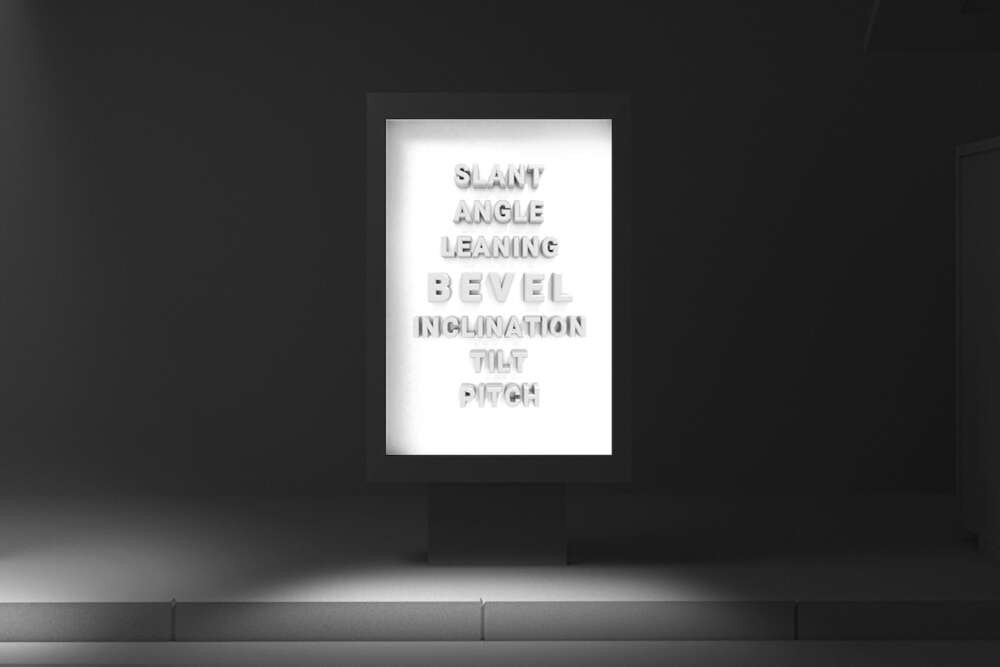 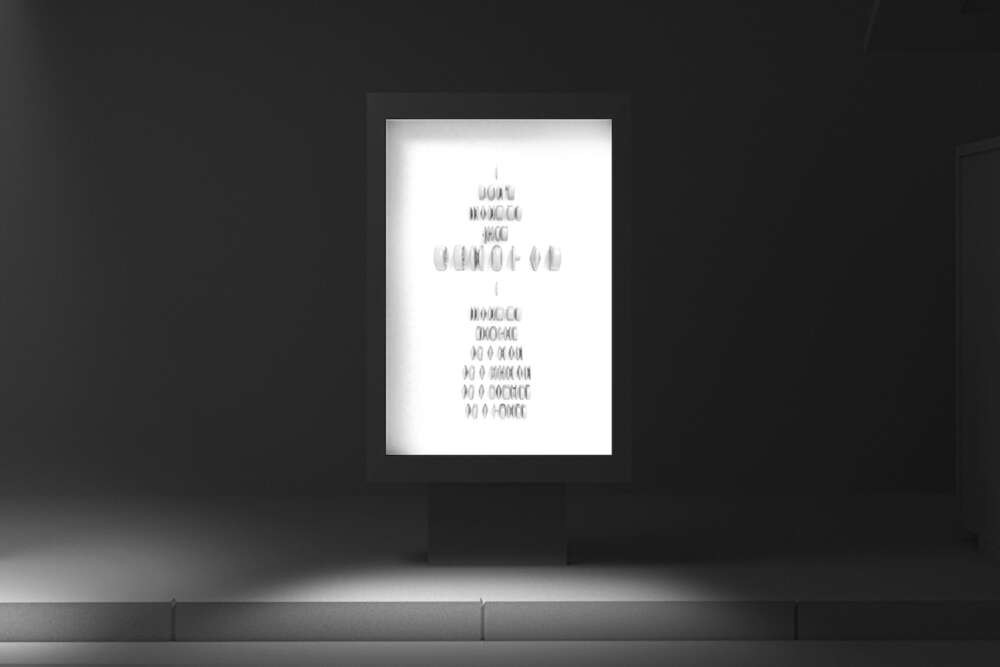 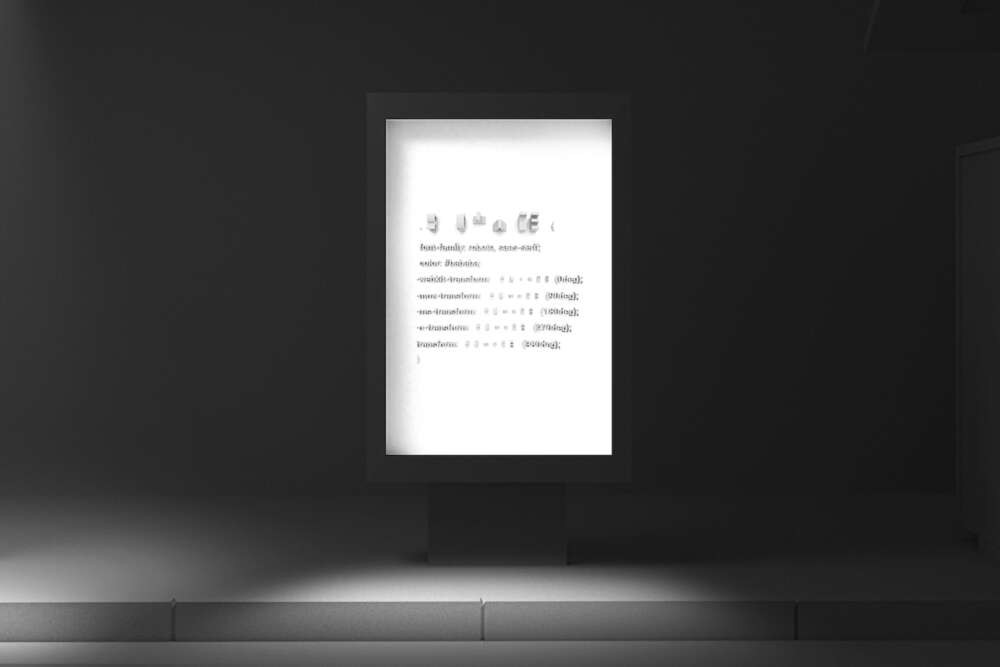 A traditional poster is designed and printed on paper, mainly composed of text and images. Past posters have expressed the possibilities of printing technology and mass production—contemporary posters have been able to be created in motion and displayed on the screens due to the technology of the 3rd industrial revolution period. These are often seen on many public screens—on LED billboards, in cabs, and subway stations—screens are everywhere nowadays. This project is proposing a next step for the poster.

I made a series of moving posters, composed of three-dimensional texts using CGI software, that would appear in virtual 3D environments. In such spaces it is possible to view in 360-degrees, which means that a poster could be linked to any 3D environment and viewed in augmented reality or immersive virtual reality from various perspectives and different atmospheres. The poster may also be triggered by actions of the user, such as their passing by, or even manual interactions. The poster becomes a time-based dimensional object, a new condition for this time-honored medium to explore.

What becomes clear is that type legibility in time-based virtual environments will allow typography new levels of freedom it does not have in simple orthogonal static viewing. Still, the design of motion-enabled posters do not ignore the history of posters—we still recognize that effective poster design has rules—it’s just that the poster’s design language is extending, evolving, and responding as new technologies become available.