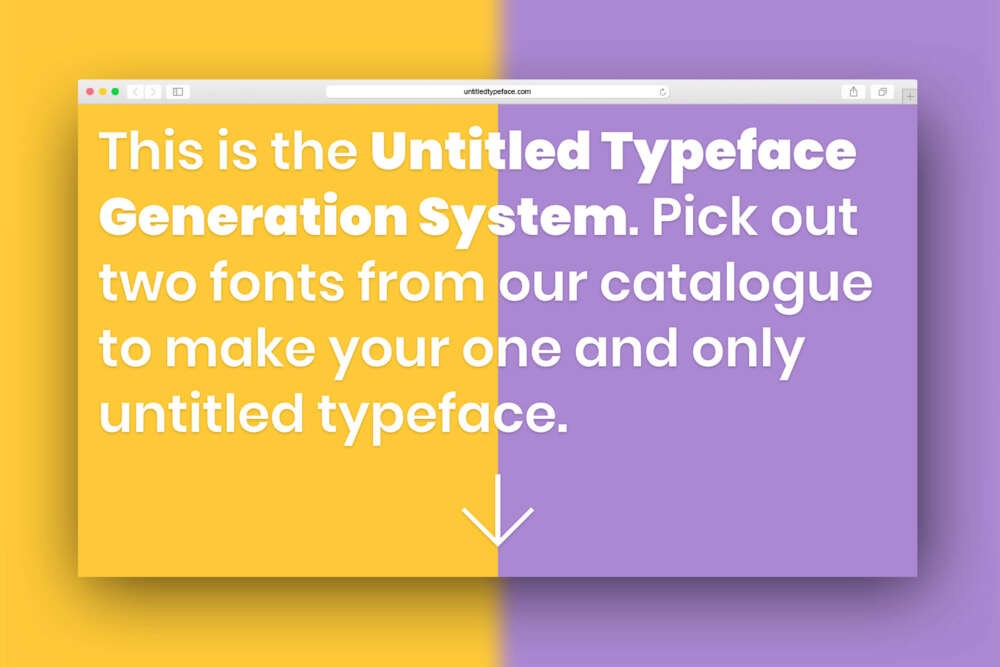 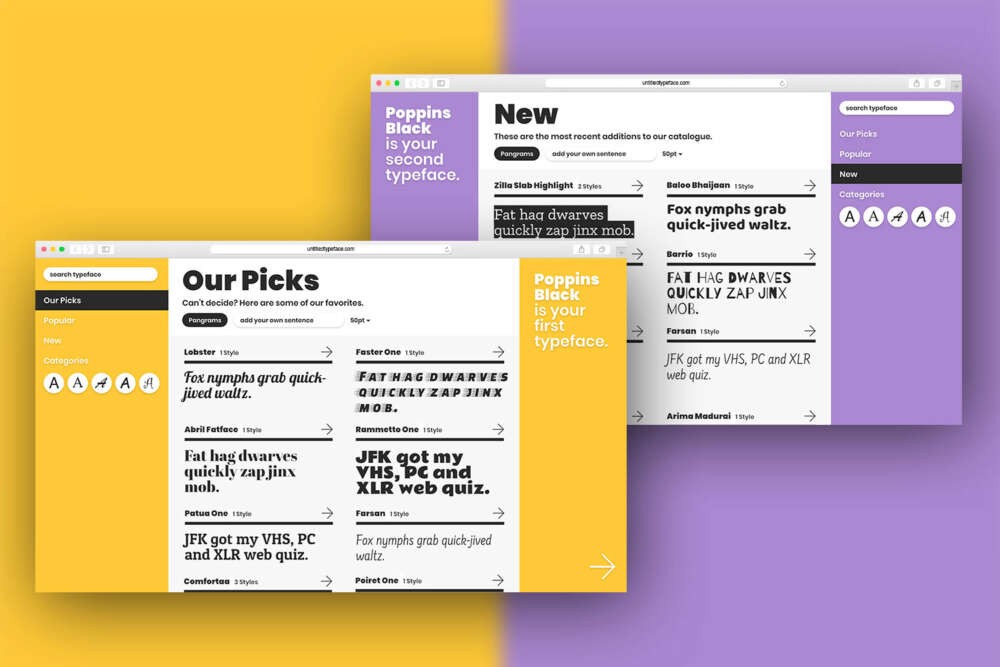 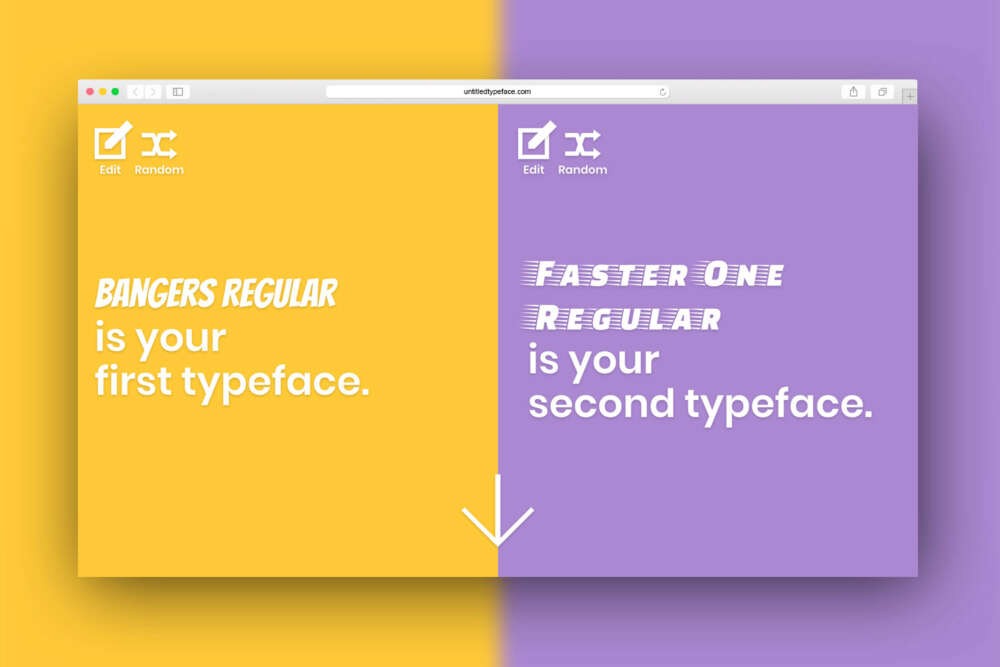 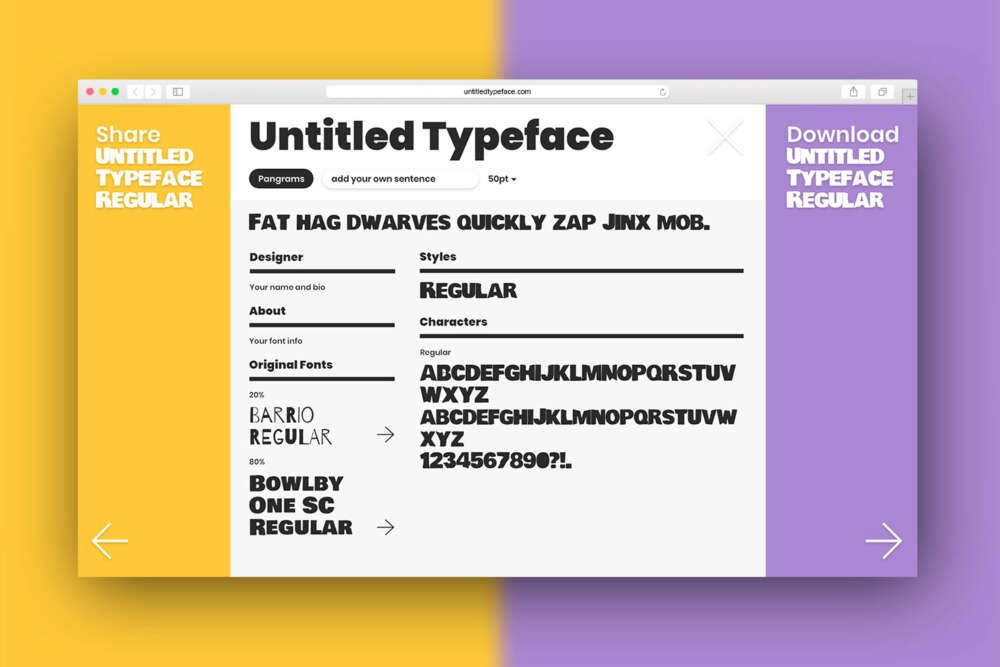 Comic Sans is unarguably the most hated font in the world. But is it really the “worst font ever”? Children prefer the invitingness of Comic Sans compared to other typefaces and even adults use Comic Sans to make things casual. Also, it is the go-to font (maybe alongside Impact) for Internet memes.

Who gets to decide what good design is? If something is loved by many, is it fair to say that it is actually bad? What if there is no such thing as good or bad design, but simply personal taste?

The Untitled Typeface Generation System is an online service that would enable anyone and everyone to create their own typefaces, according to their own preference. Connected to Google Fonts, the system allows users to select existing fonts as parts to be used for their own customized ones. Users would choose and combine two existing typefaces and generate a morphed spectrum, a value scale, in which they would be able to blend between their selections to find one in between they find the most appealing, or unappealing, if that is what they want.

The goal of The Untitled Typeface Generation System is to be a tool that could easily be used by professional designers, amateur designers, and non-designers alike to create new fonts both within and outside sanctioned aesthetics. At the same time, it would support and promote its main purpose, to entertain. It is on the Internet, after all.