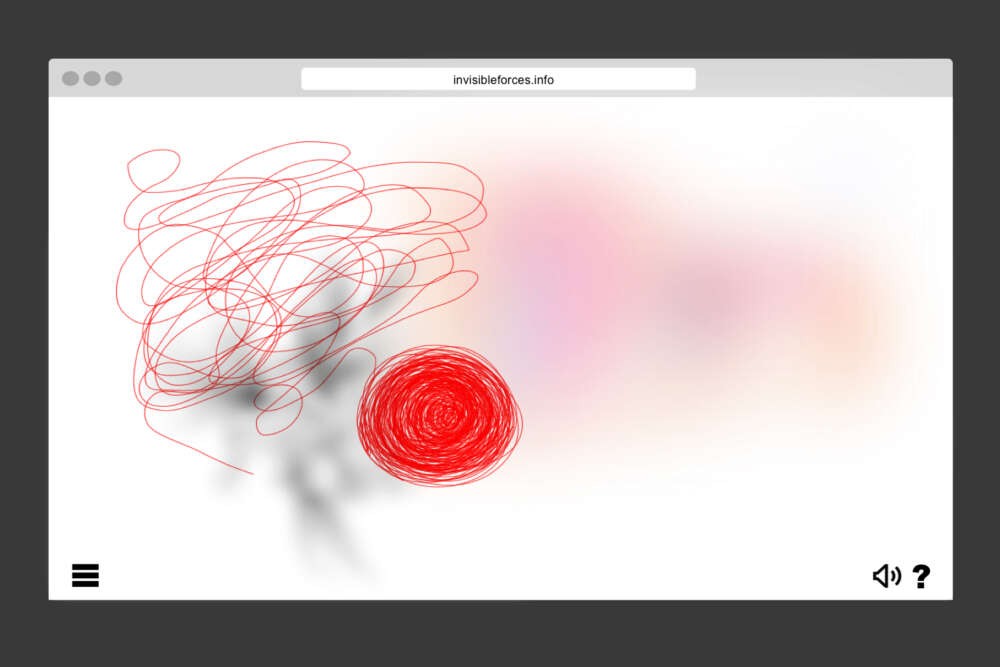 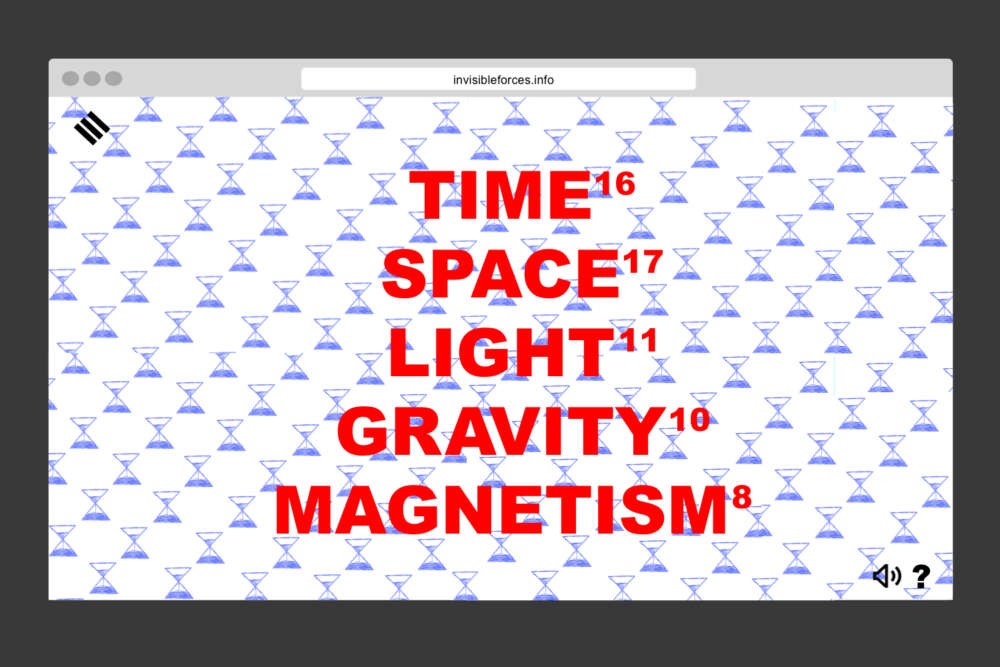 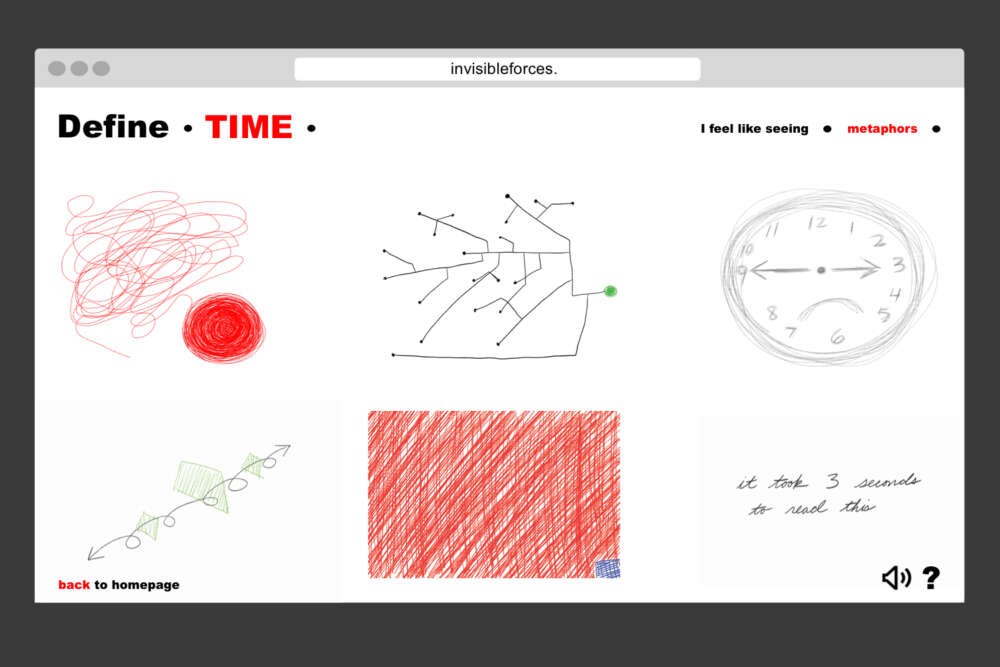 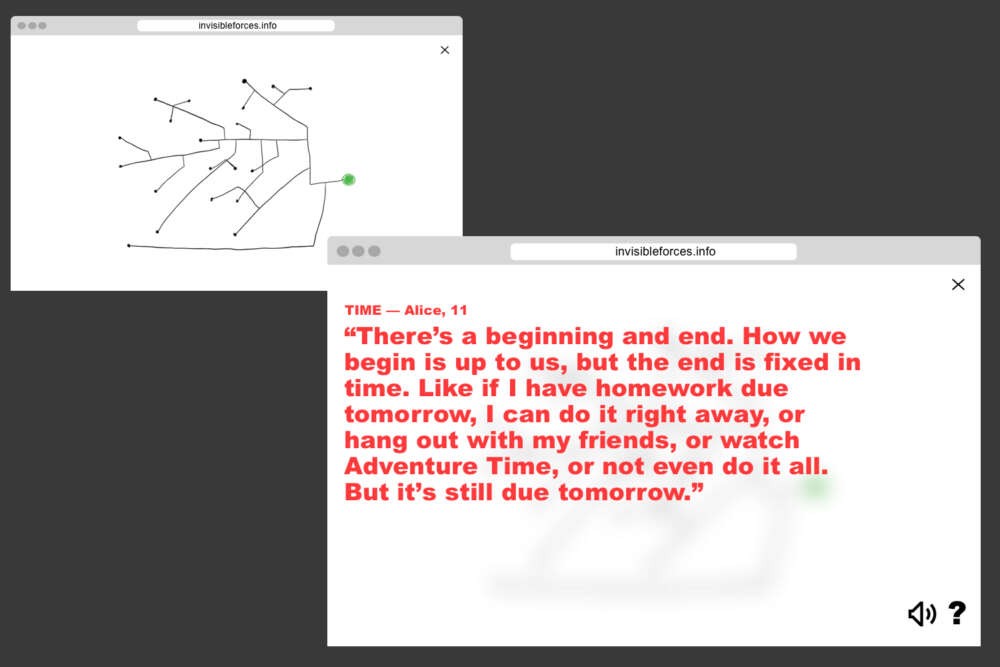 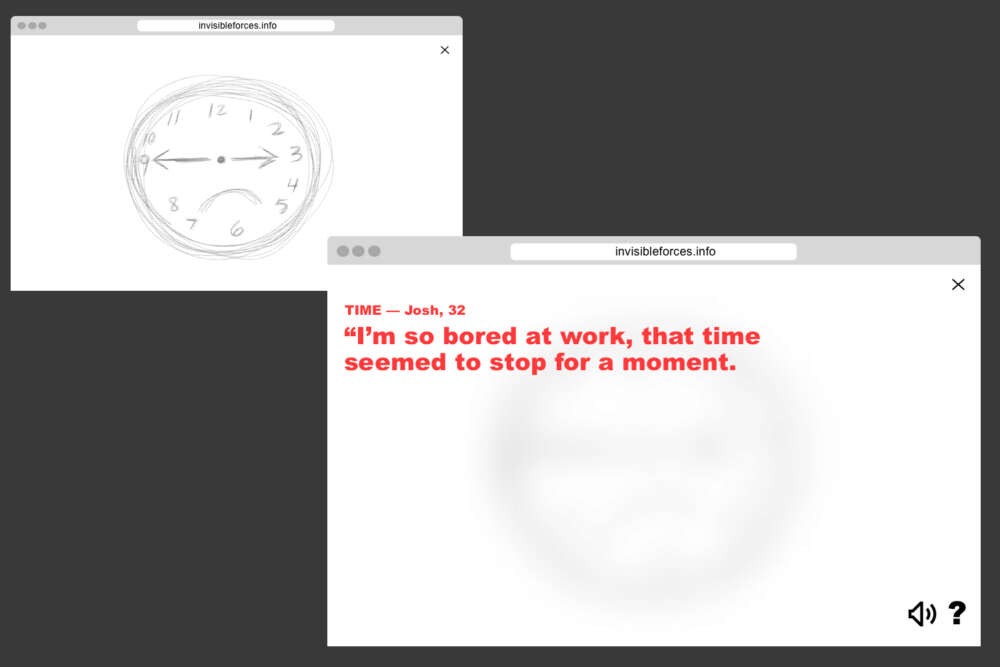 We are usually presented with an academic definition of time—a measurement, a schedule, a progress of existence. Christian, an eleven-year-old boy, defines time as “a ball of thread that unrolls,” then scribbles down a chaotic sphere with a strand emerging from it. How do we define an invisible force such as time or even space? We can’t see it, yet we know it exists. The things we can’t see—we tend to understand the least.

Invisible Forces is a website that archives drawings, quotations, and audio testimony of a participant’s own definition of an invisible force. The act of drawing the definition will further clarify each subject’s own definitions. Some are as simple as a drawing of a clock, while others are more poetic and intricate. Simple and playful interactions, like hovering
over a quote letter by letter while a participant speaks in the background, add tangible moments. Submissions of forces such as time, space, light, gravity, and magnetism further define and inform the user about the invisible forces that surround us.