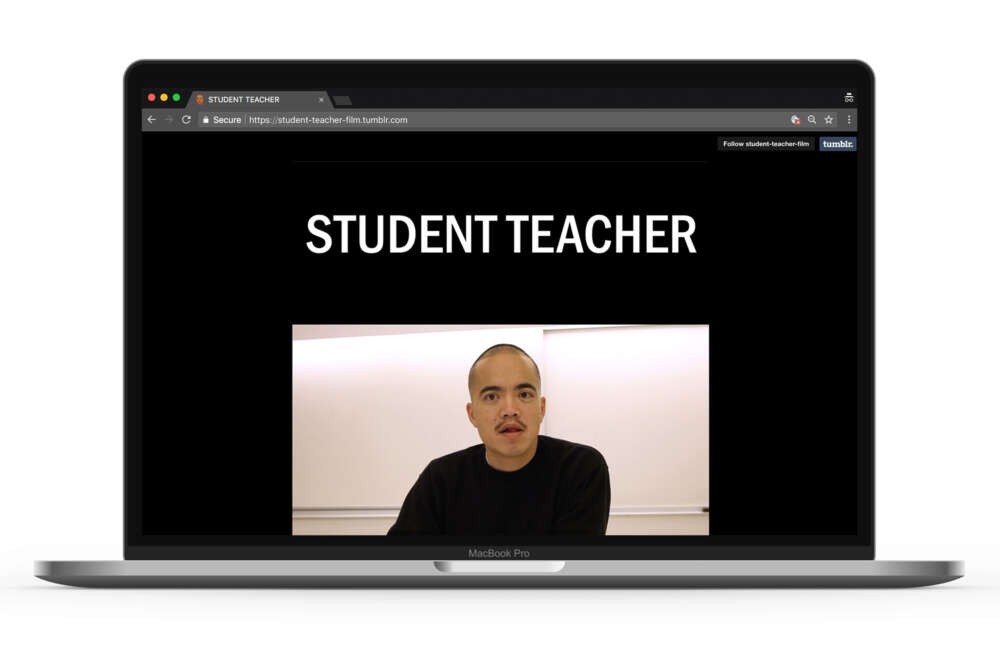 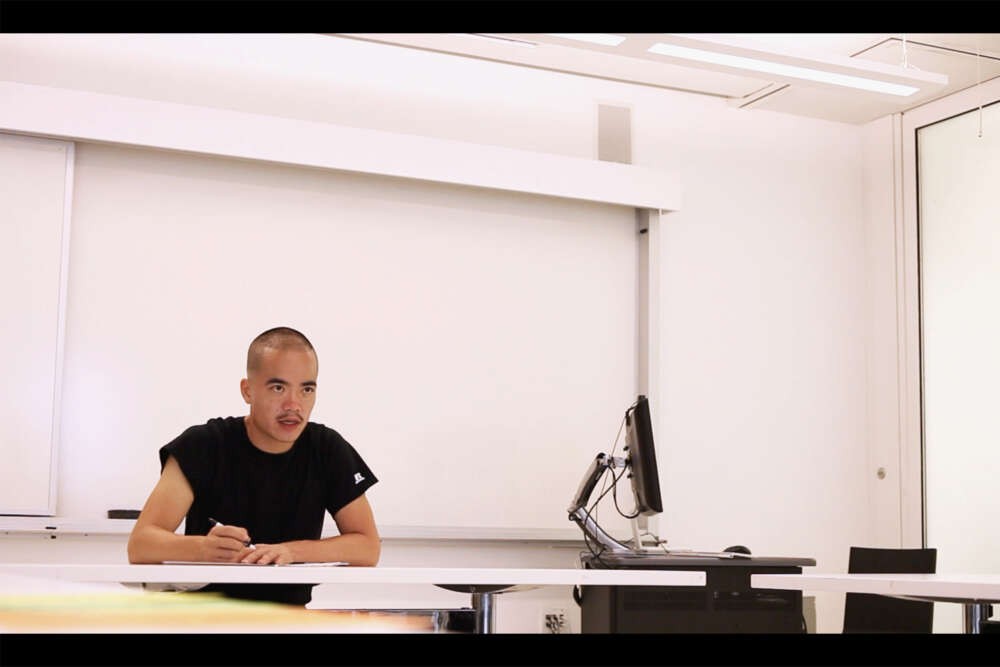 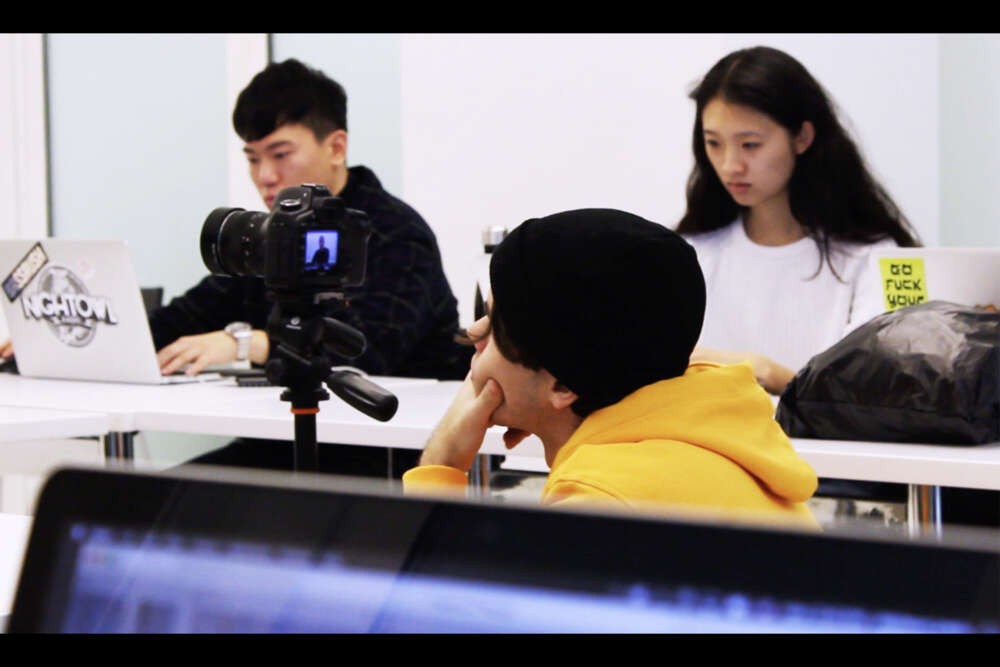 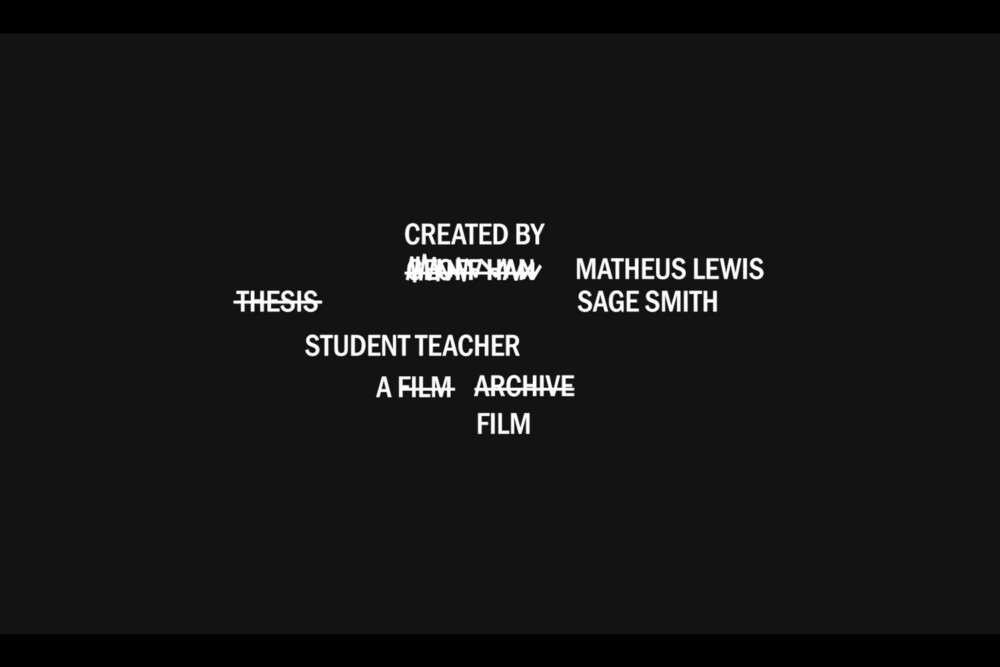 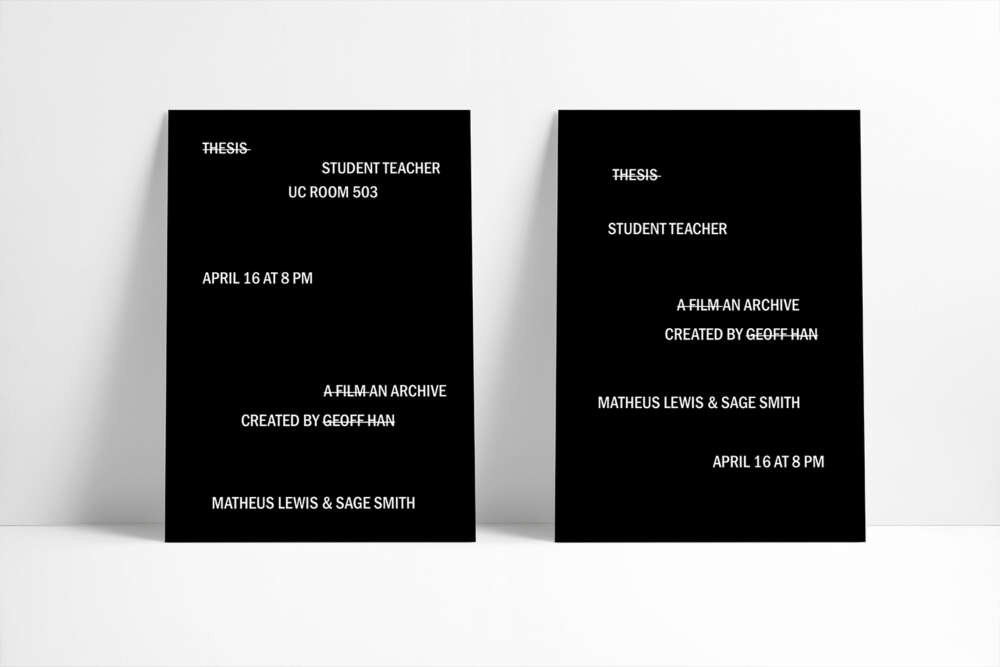 Student Teacher is a collaborative project with Sage Smith, a video piece documenting the very process of Thesis. In the first semester, we recorded three hours of every six-hour period using two DSLRs. Through experimental shooting methods, we captured about seventy hours of footage from everything between confessionals, interviews, raw footage and recreations. The purpose was to create a weekly archive that could later be designed into a documentary film that could express the difficulties of thesis and the current state of the discourse surrounding communication design education. Communication design as the new BFA major title amplifies the prior definition of graphic design, and encompasses web design, motion graphics, typography, book making, and screen printing. Film falls on the edges of this discourse, because if communication design is the design of visual information, film is a complex form of this practice. For them, the aspect of generating content out of the classroom was an opportunity to discuss the decision making process of design. The film Student Teacher captures the frustrations of students as they battle to finish a year-long project.