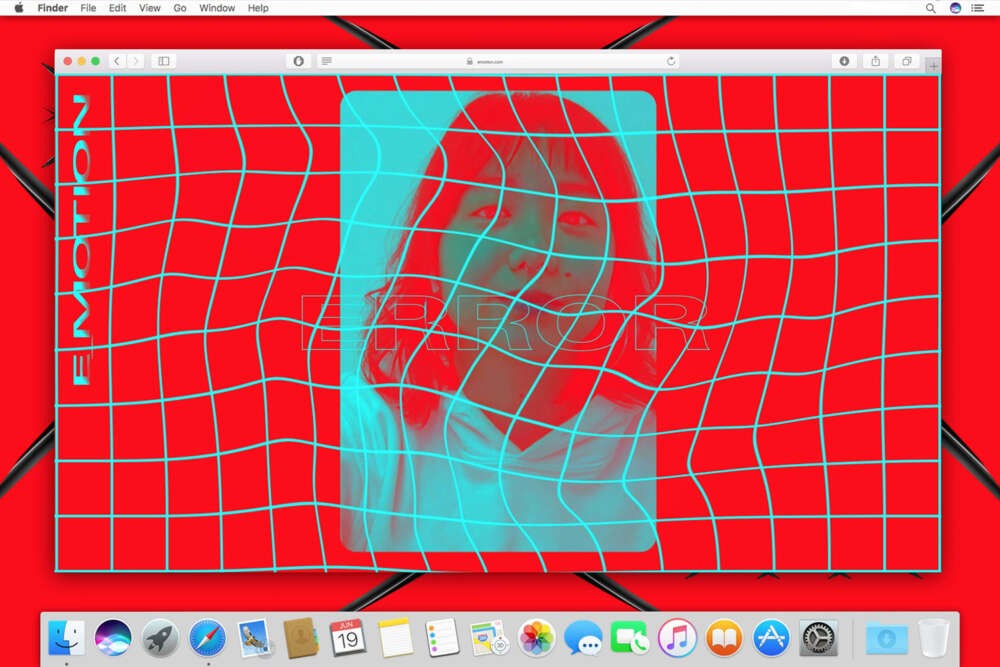 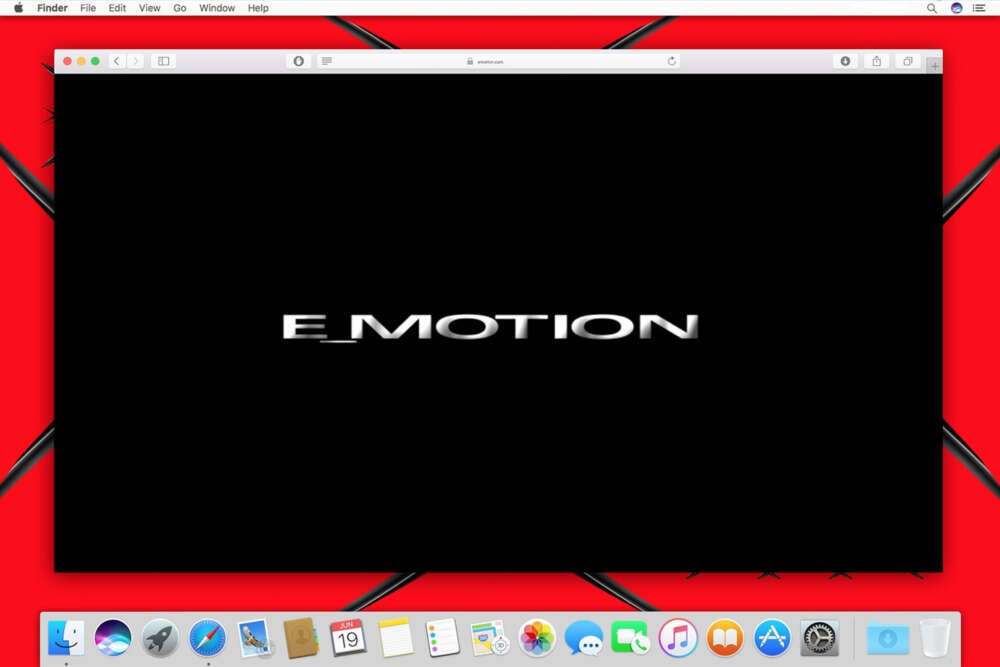 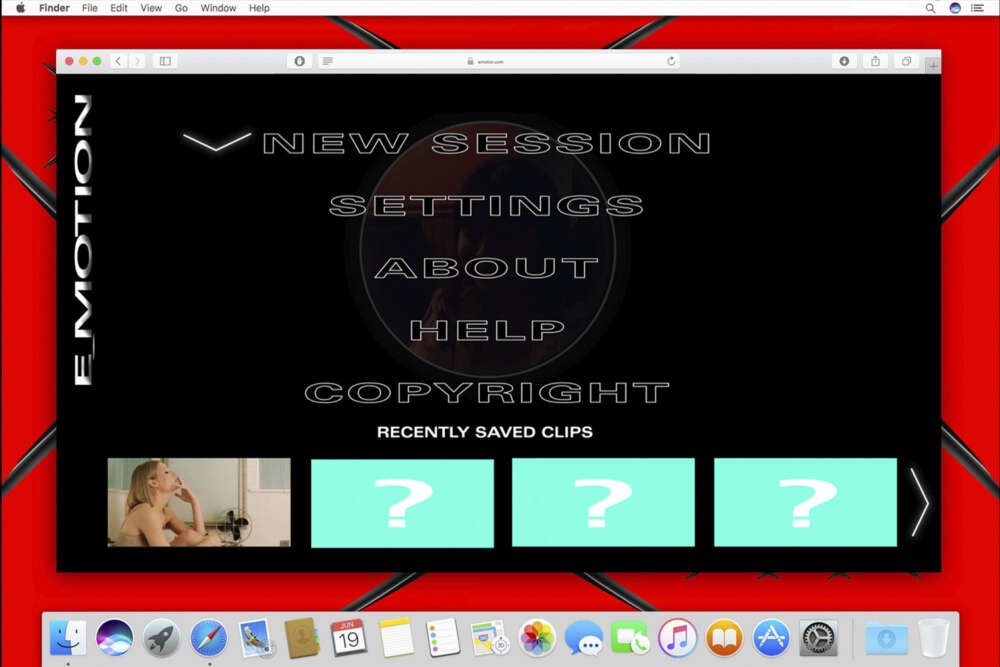 There is an increasingly thin line separating devices and their users. We see this through voice activated interfaces, facial recognition softwares, and social media. As sharing emotional responses through technology accelerates technology gains further ubiquity, resulting in a near seamlessness between users and emotions. My thesis centers around two emerging, existential questions: where is the line between emotion and technology? between the user and artifice?

To showcase this line, I am creating a website that demonstrates the aforementioned relationship with the use of facial recognition and cinema. The site works by generating movie scenes and clips based on the user’s current emotional state, once being read by the facial recognition software. Given that technology’s assessment of emotional states is based on binary distinctions, the more familiar with the patterns of emotion the site becomes, the more the outcomes become stuck in a loop. As a result, the outcome generated forms a cyclical pattern that reacts based on assumption of the users emotions based on previous data rather than an accurate representation of their current state.

This project takes a dystopian view on the rapid pace of technological development. In doing so, it presents an alternative perspective
to the otherwise technophilic Silicon Valley ideals and motives. It challenges the idea of development for development’s sake—questioning use and underlining the possibility of technology creating new dependencies rather than solving preexisting problems. Essentially, the culmination of these ideas lead to existential questions: where is the line between the user and artifice? Can we set it? How? Where?