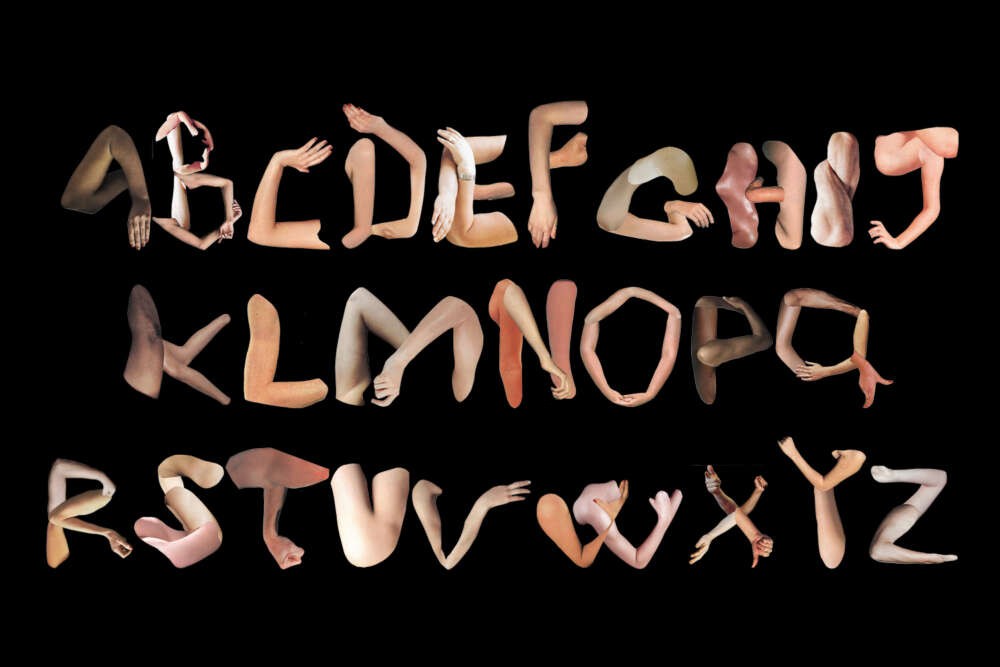 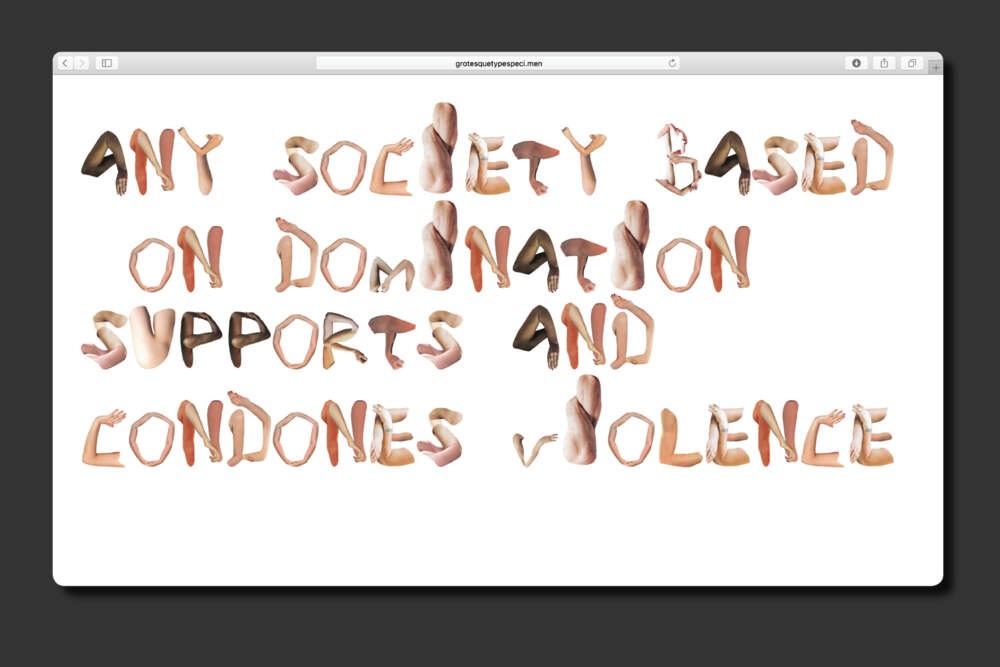 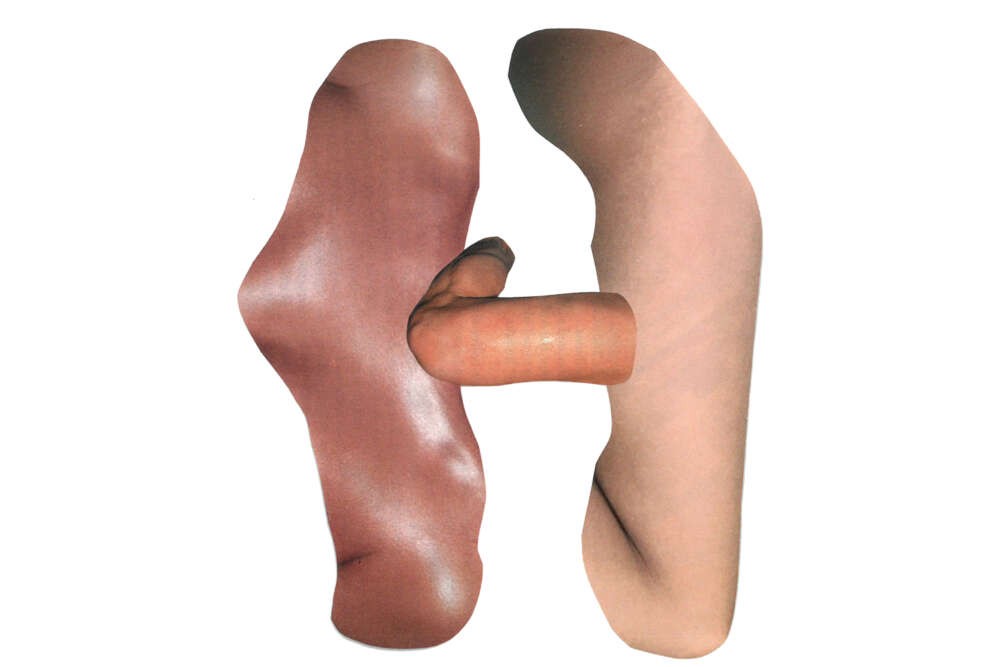 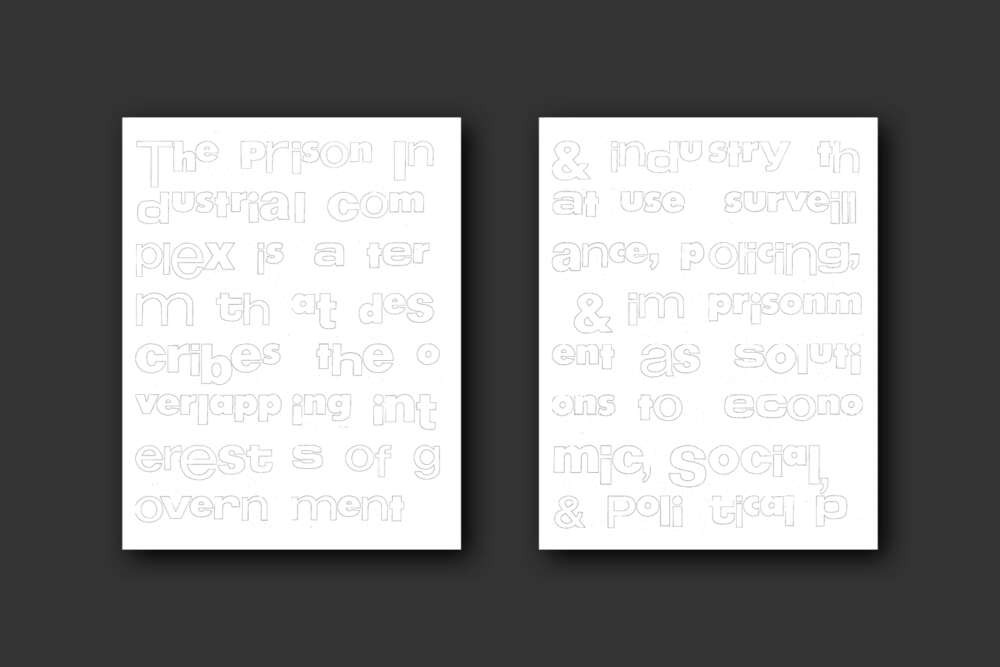 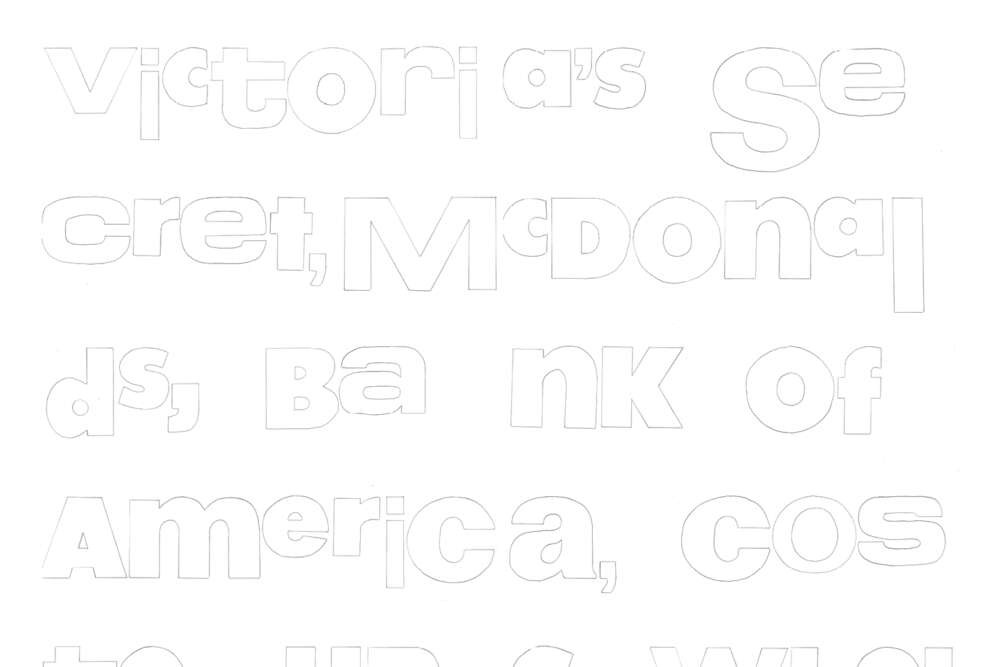 Grotesque: comically or repulsively ugly or distorted; malformed, deformed, misshapen, disproportioned, distorted, twisted, gnarled, mangled, mutilated; a family of 19th-century sans-serif typefaces. Through the exploration of experimental typography and the labor of making by hand, I identified the literary trope of the grotesque body. Originally inspired by the Black Panther Party Newspaper, I began to explore design without the use of a computer. Thinking of “Frankenstein” as a verb, I used texts from multiple sources and combined multiple typefaces, in order to create a new visual language. The first work produced from this exploration was a series of hand-drawn typographic posters about the prison industrial complex. The second work produced from this exploration was a family of collaged typefaces dealing with gender, radical feminism, and the exquisite corpse-like nature of the woman’s body. I am especially interested in conveying radical and political concepts through this medium, with an integrity that cannot be communicated through contemporary digital design.