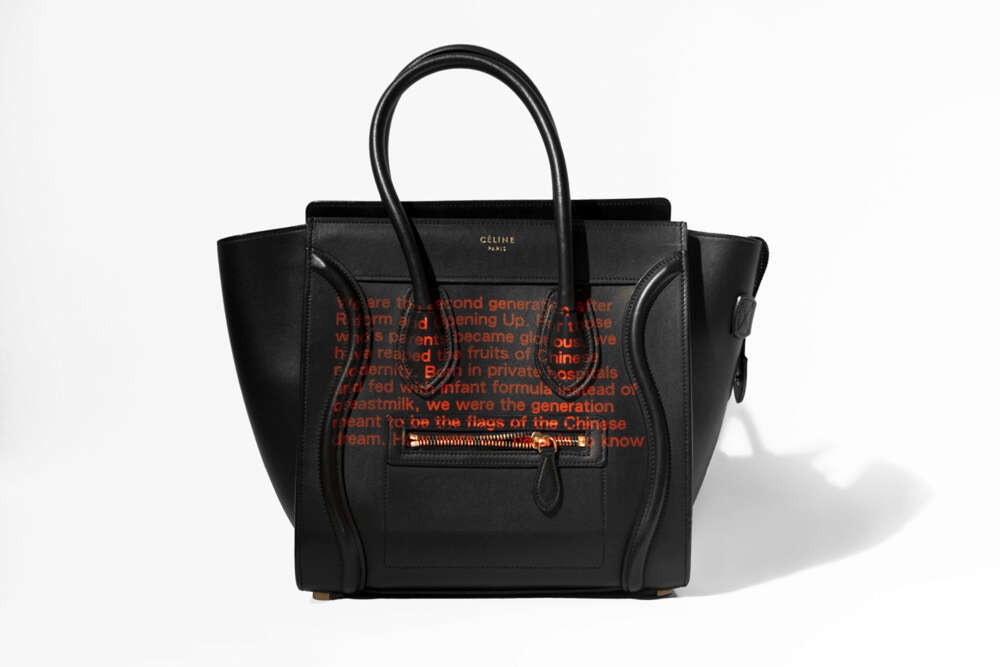 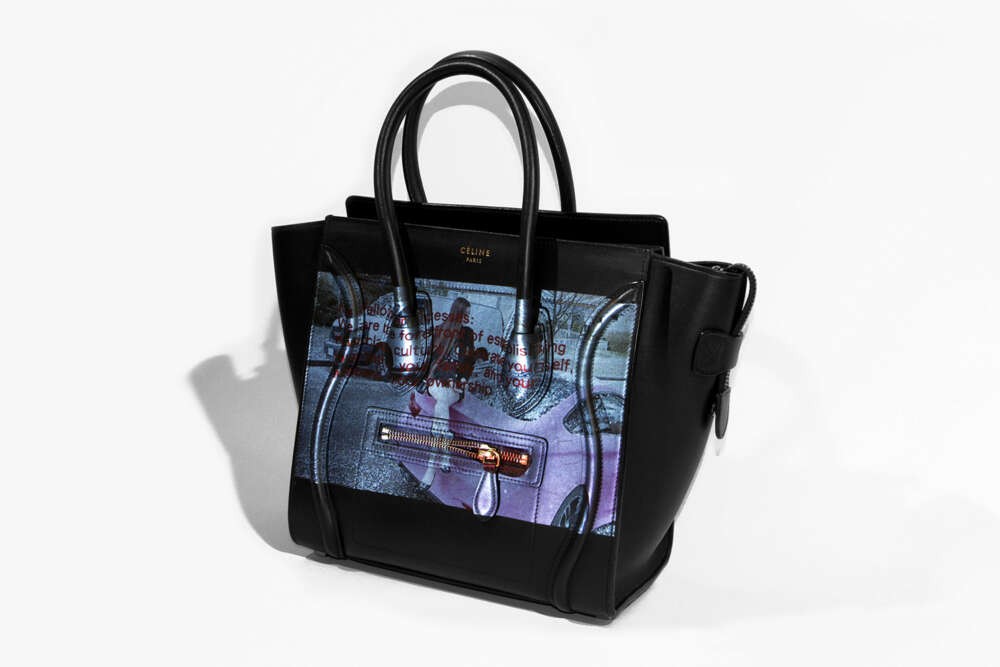 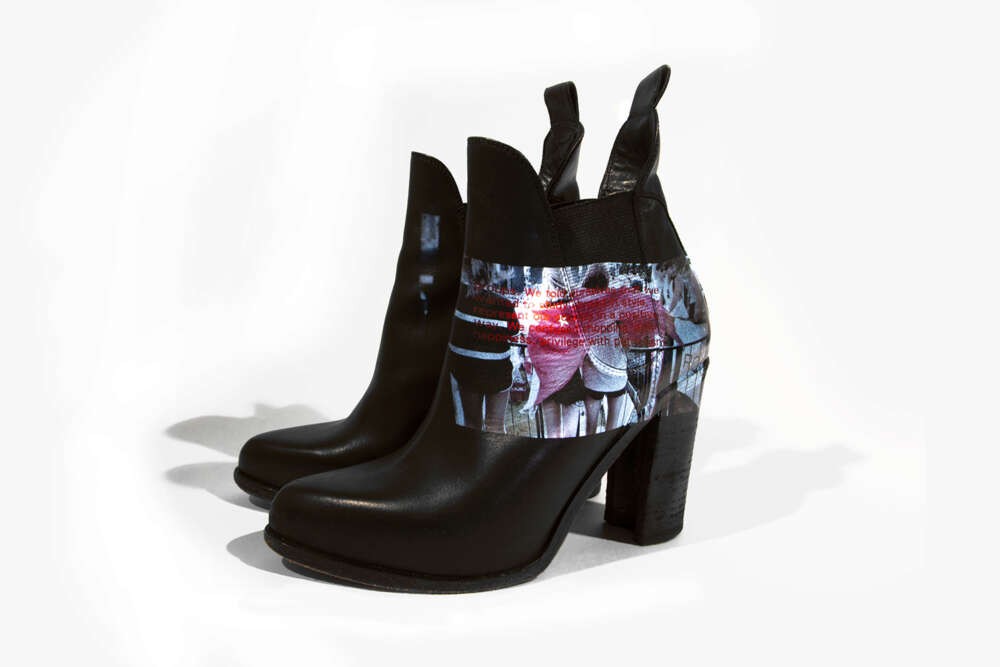 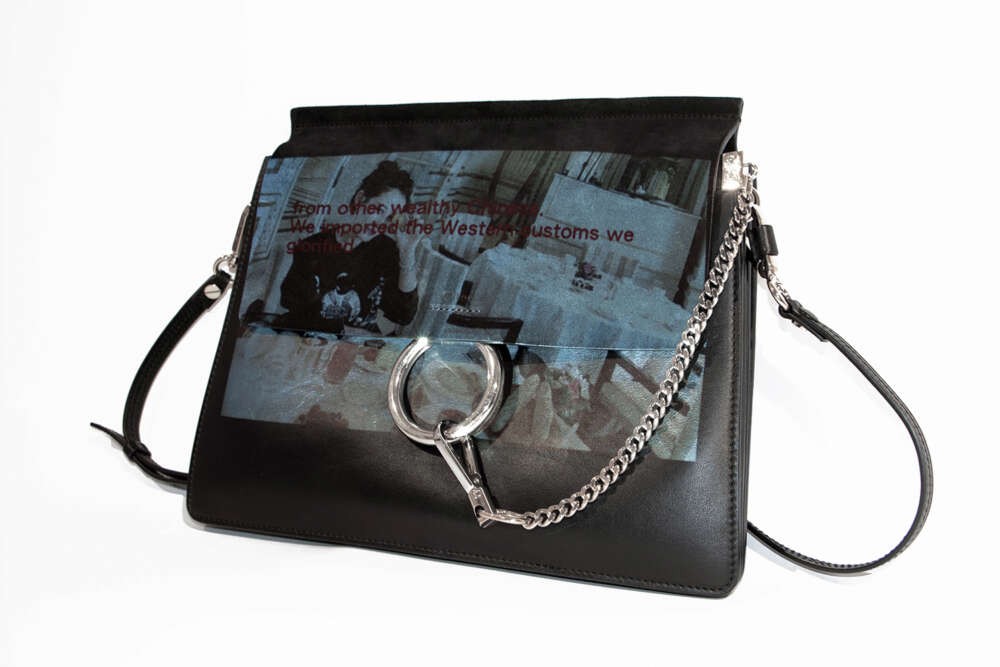 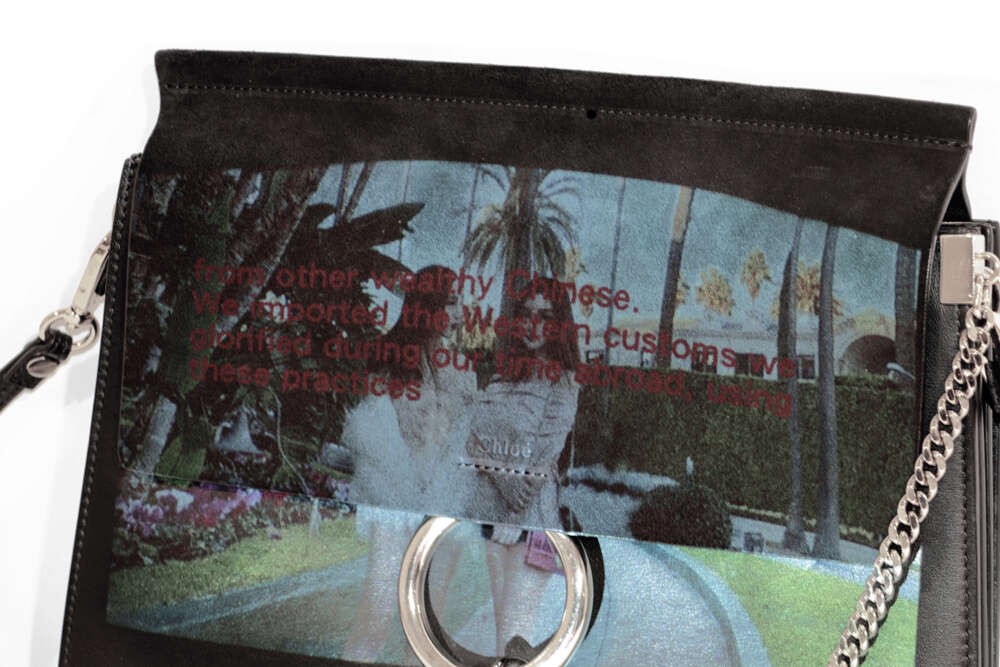 Through a typography-based video series, I subvert the form of self-criticism to comment on the wealthy second generation of youth in China. Chinese self-criticism is a public and performative act and has historically been a political tool used by Communist Party of China. I explore how limited personal and political expression has affected the consumption practices of contemporary Chinese youth post-Deng, taking a critical look at my own participation within this community.

The series begins by introducing China after Reform and Opening Up, noting the role that conspicuous consumption played in defining identity. From there, it follows the experiences of the children of these nouveau riche businesspeople and government officials, as they study abroad in America and return home, focusing on the role of young Chinese women in creating contemporary class culture.

This series is divided into three videos, each projected onto a luxury item: a Celine Luggage Tote, Rag and Bone boots, and a Chloe Faye. These items are a peek into my personal life, tying my critique directly to what I own while validating my belonging to the community I address.