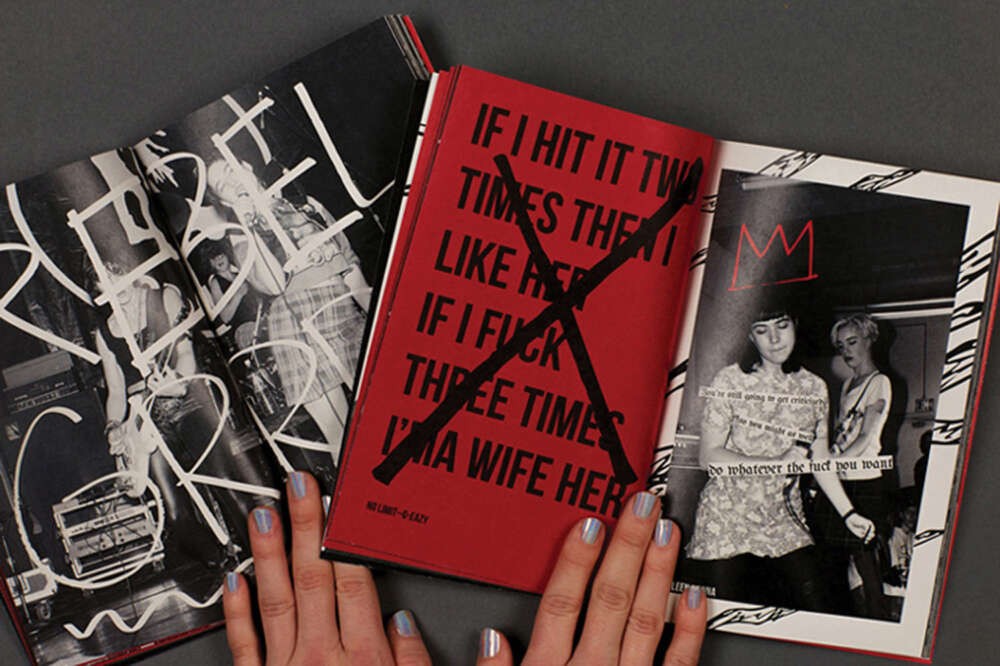 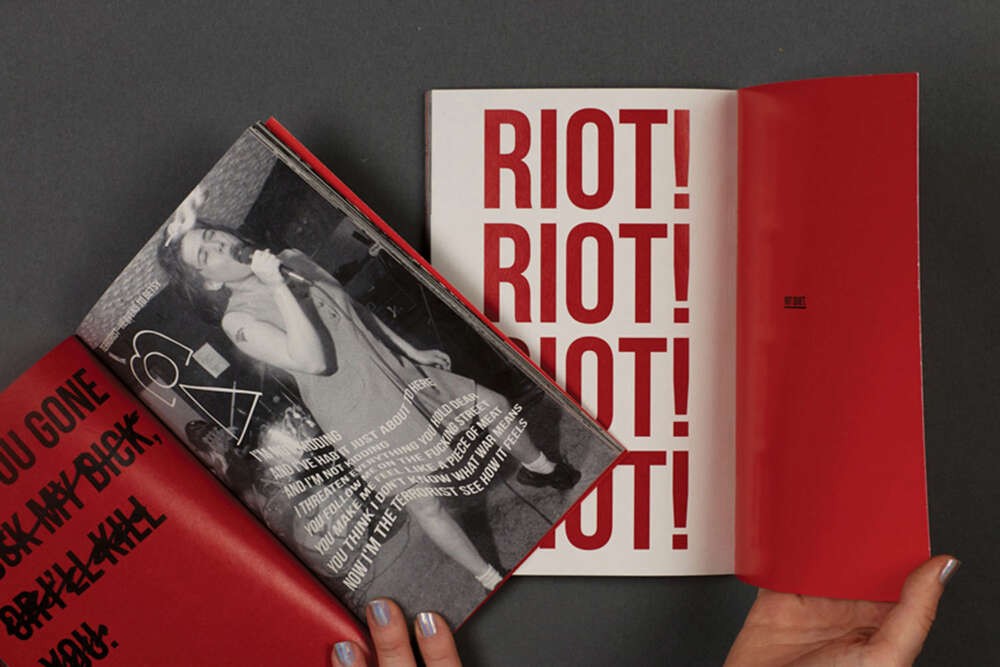 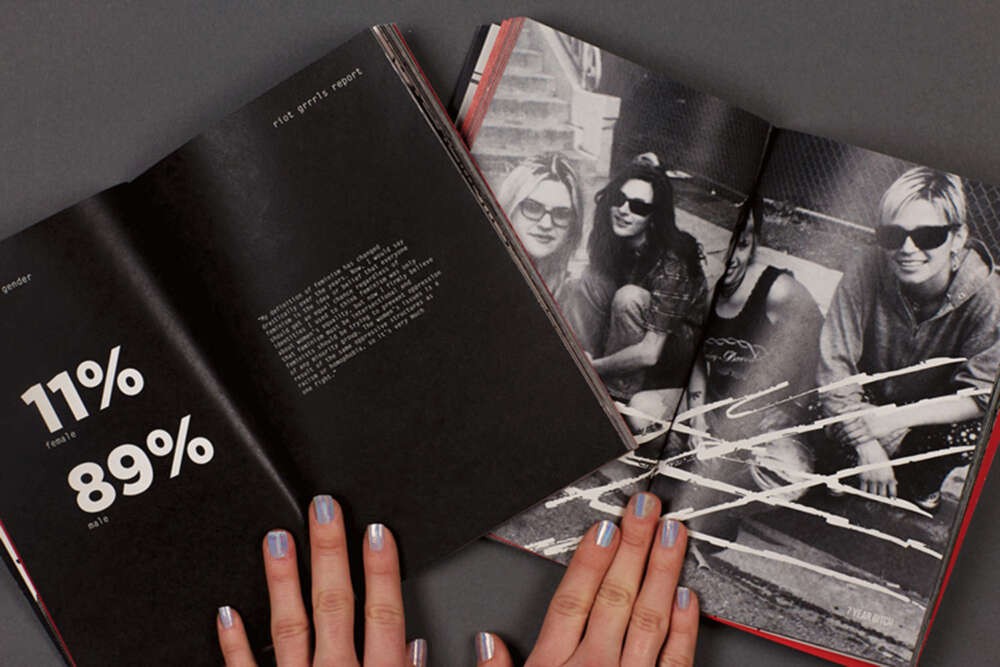 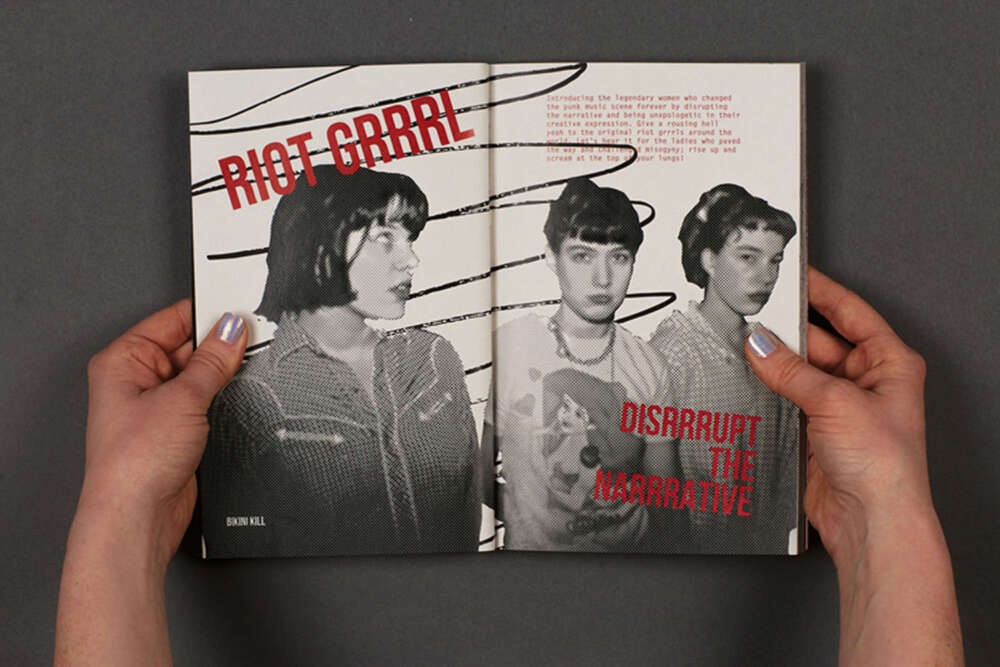 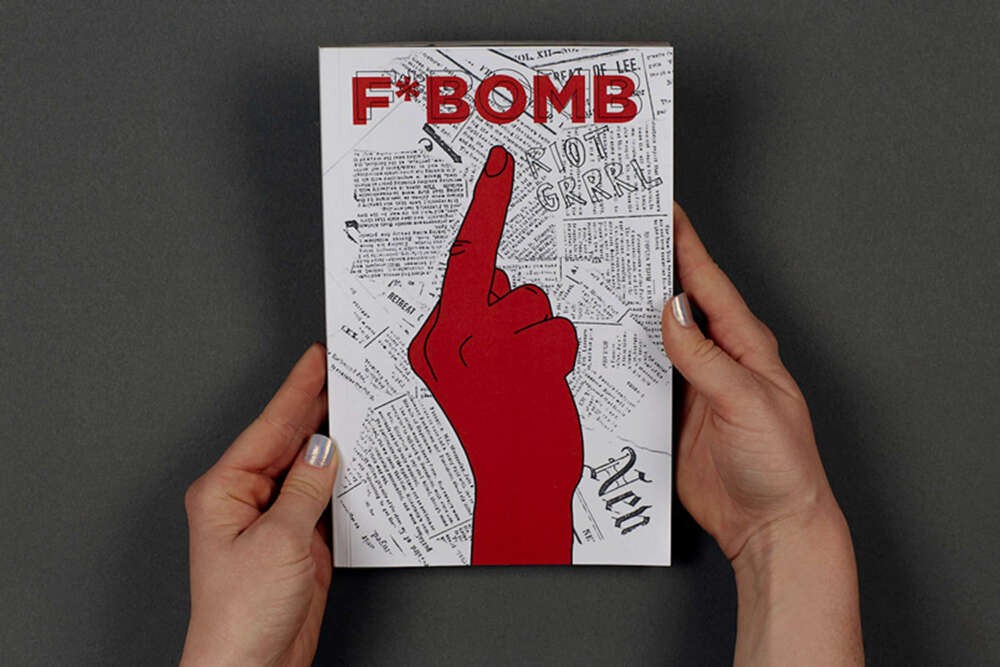 The Riot Grrrl Movement was influenced by female punk and rock bands of the 1970s and 80s. Beginning in the early 1990s in Olympia, Washington, the movement was started by young women who felt that the male-dominated punk music movement was not inclusive of women and lacked space for them to display their own greater feminist thoughts: they were angry with the limitations of the expectations of woman. Women wanted to rock too, but felt that they were objects of the punk movement, not individuals. Riot Grrrl emerged as a space for female musicians and to address underrepresented subjects surrounding women such as sex, independence, identity, and creation. Young women began forming their own punk bands, self-publishing their own collage-style fanzines, and creating their own music and art to voice these criticisms and make brash, powerful, and unapologetic music.

F*BOMB is inspired by the original DIY zine publications of its time and it attempts to revitalize the Riot Grrrl and “DIY” Punk Movement for today. It is the first issue of a monthly publication which comments on different facets of women in the music industry such as lack of representation, discrimination, news, interviews, and creative expression. FBOMB comments on why we need representation of women in the music industry and how Riot Grrrl can integrate into and influence the current landscape of feminism through the lens of music and pop culture. It is intended for individuals yearning for a Riot Grrrl revival, and those wishing to learn more about women in music. Through examining Riot Grrrl bands, lyrics, statistics, interviews, and newly formed Riot Grrrl revival bands it is clear that there is still misogyny and lack of representation in the music industry, but that the ethics of the original Riot Grrrl movement is still alive and thriving. It celebrates and holds accountable the trials and tribulations, missteps, failures, and successes of the industry and the music being created. FBOMB confirms that Riot Grrrl can fit into the current music industry and that the industry and the world needs feminism and Riot Grrrl.