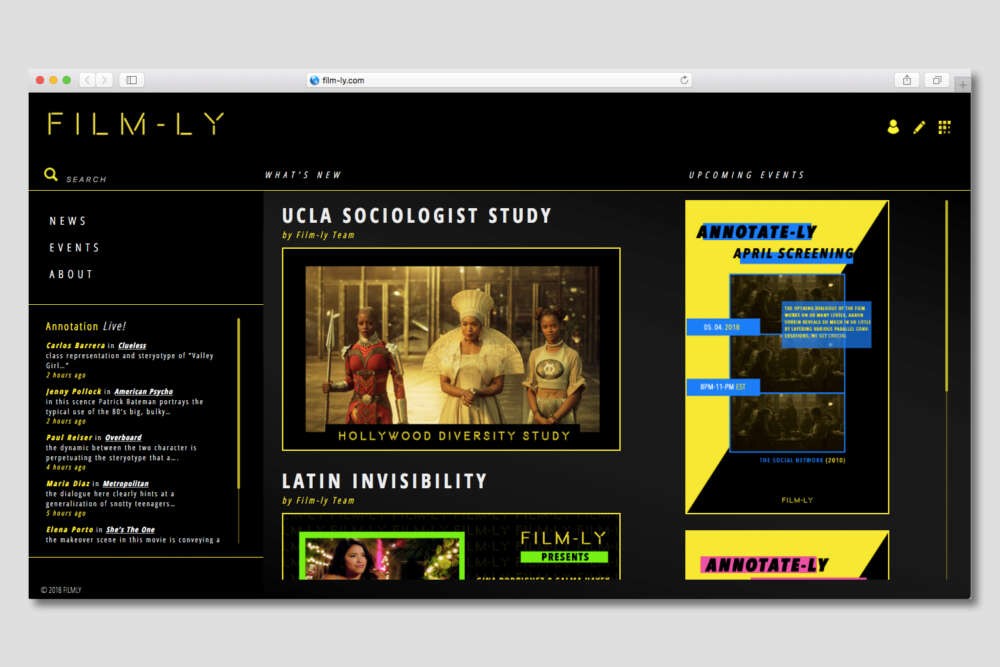 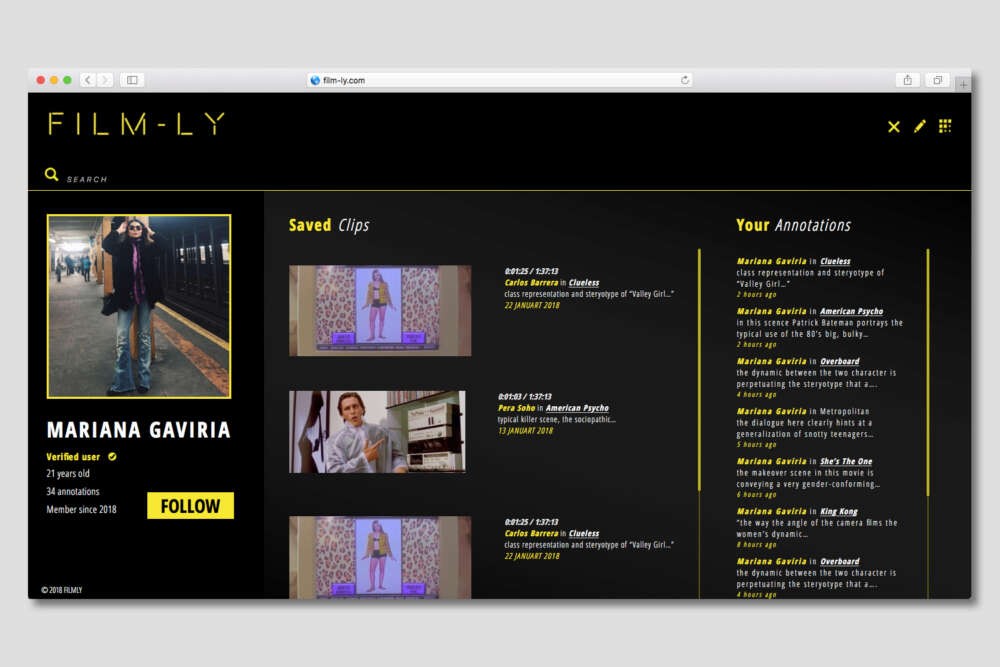 Film-ly is an online platform that seeks to bring forth issues of representation in Hollywood movies through crowd-sourced annotations. Cinema is an influential part of how we perceive and understand our world. Films teach us about historical events we never lived through, cultures we haven’t encountered, and experiences we could have never lived. As such, the power of film has to be used with accountability and responsibility, as we have come to learn in the past years with movements calling for more representation of women and race in Hollywood. Film-ly is a platform that empowers users to annotate and detail problematic treatments of representation in the Hollywood films we all grew up watching. By providing a platform that allows audiences to read comments by critics, students, and aficionados alike, and by building a community that actively reflects on issues of representation, we can hopefully foster a culture of greater accountability. As Film-ly’s content becomes richer and the perspectives more varied, it will grow into a platform where insights regarding the relationship between film and social responsibility are nurtured. Real change can only occur when the unconscious becomes conscious.