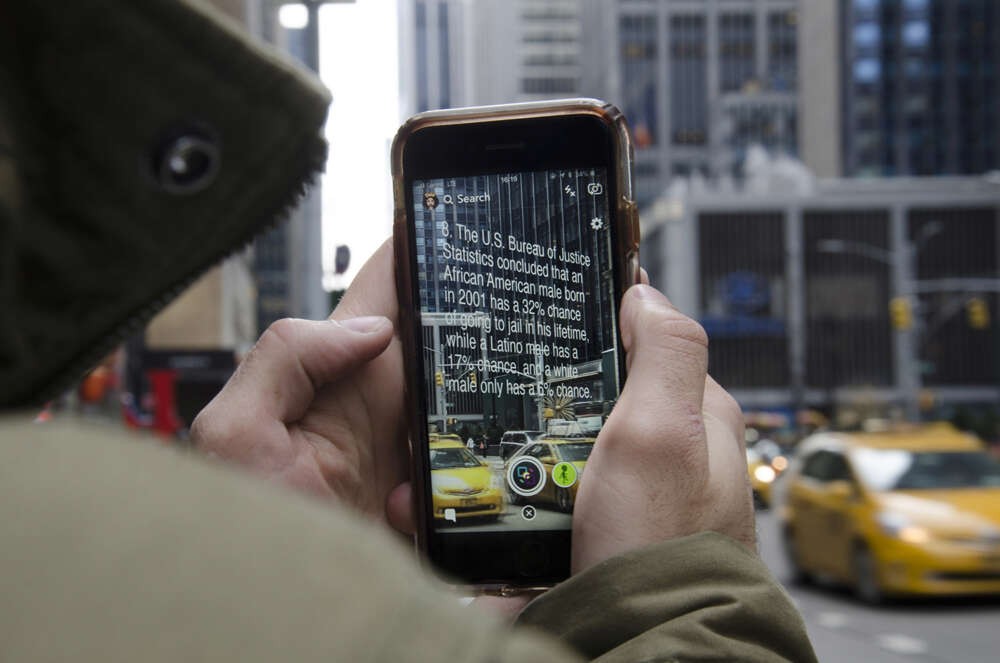 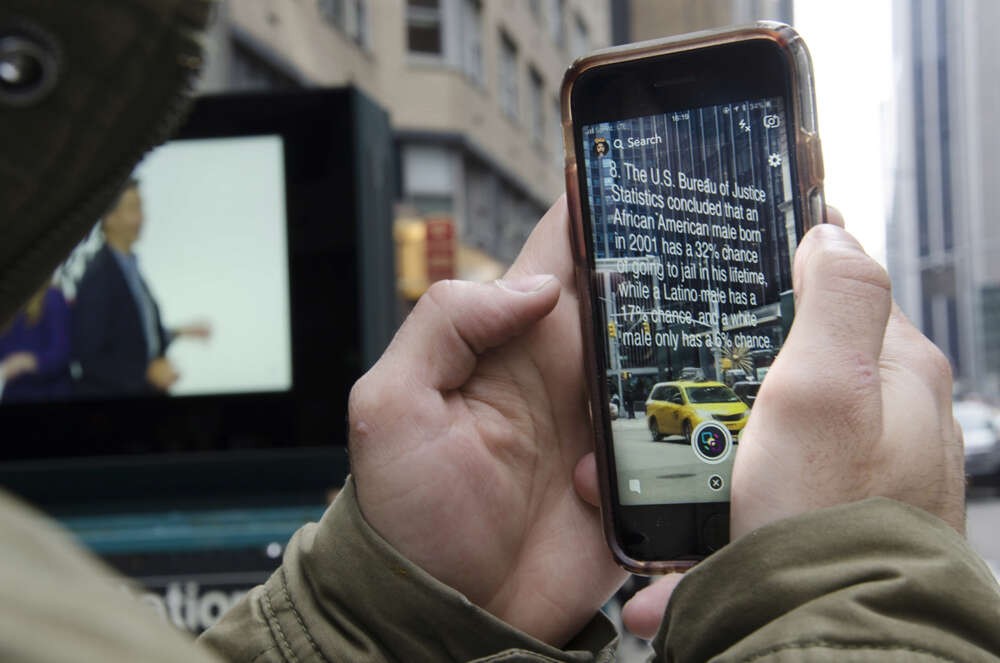 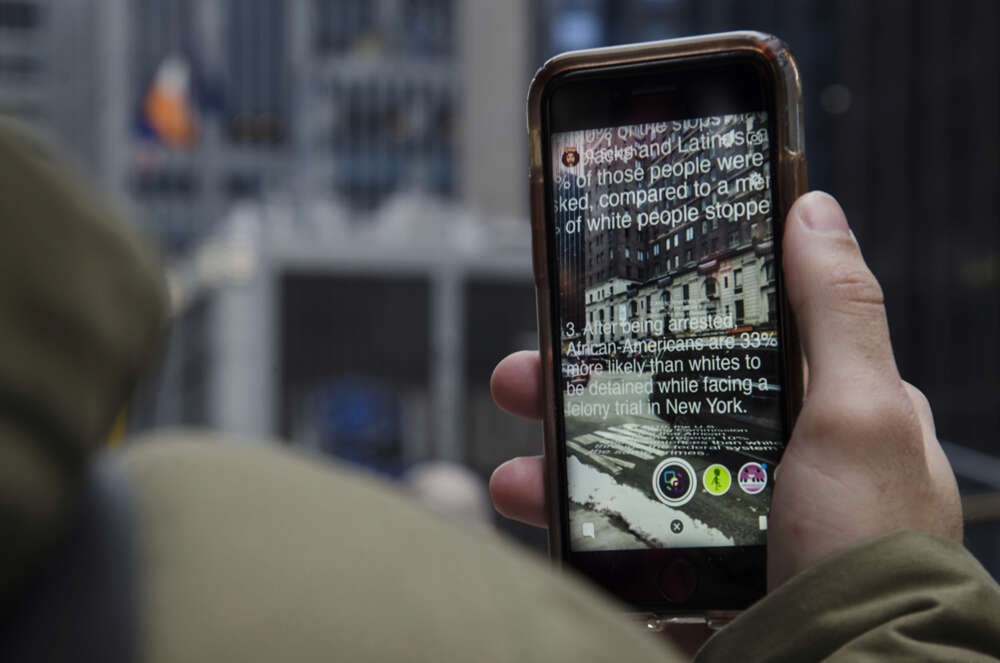 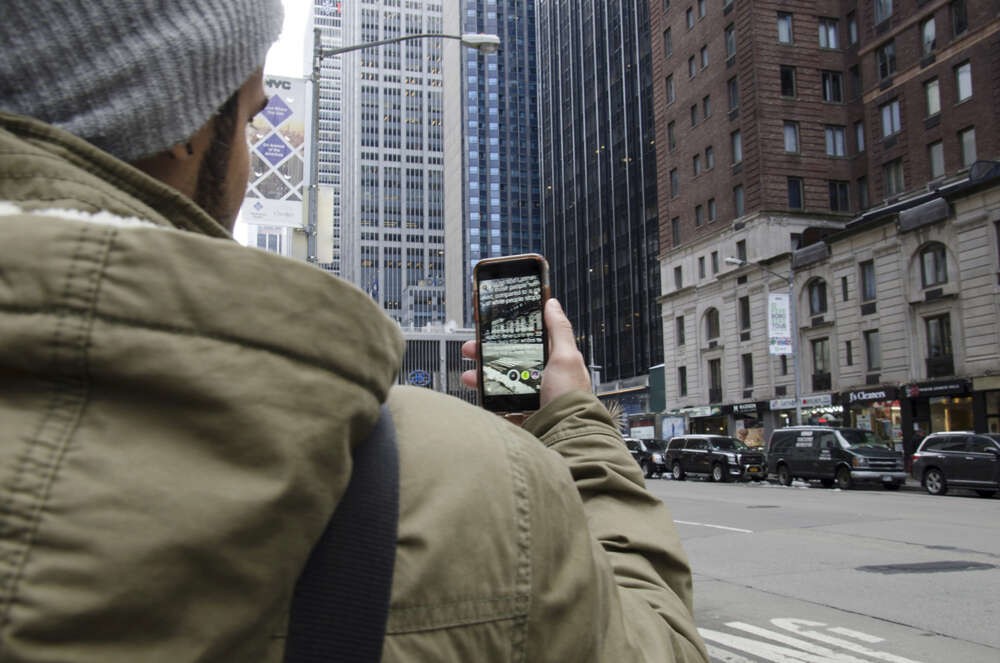 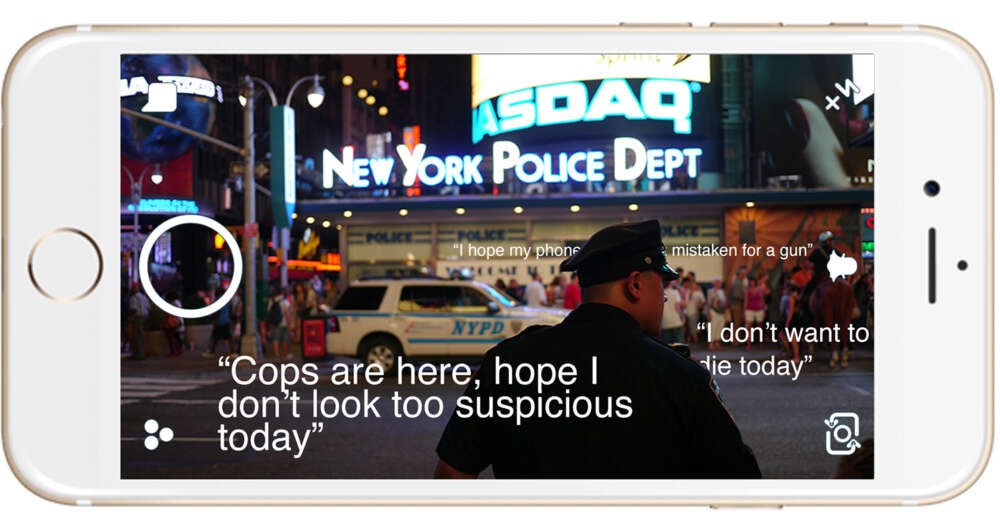 Advancements in technology have played and important role in spreading information and transforming media. Lately the integration of augmented and virtual reality has been gaining traction in the social media and technology world. Racial Lenses uses the social media platform Snapchat to create an interactive piece about racism and the reality of it for those it affects.

Racial Lenses was created using Snapchat’s augmented reality building program that allows users to upload their own designs to the social media platform. I took advantage of this tool by creating an augmeted reality lens that shows racial statistics such as; the percentage of black Americans more likely to get stopped by police than white Americans, and thoughts that may appear in the mind of someone whom the impact of racism affects. For example, the user would see augmented reality text of thoughts like “I’m in a predominately white neighborhood, will someone call the cops and have me arrested or killed for being black?” Statistics and location traction is based on New York City statistics, and recent apparent racially targeted incidents.

I chose a social media platform with location-based augmented reality and filter because it’s an app that can easily be recorded, shared, and viewed, by many users. People who don’t have to deal with racism can put themselves in the perspective of someone who does. Even as simple as worrying about being in a certain area and not being viewed as suspicious because of the color of their skin.