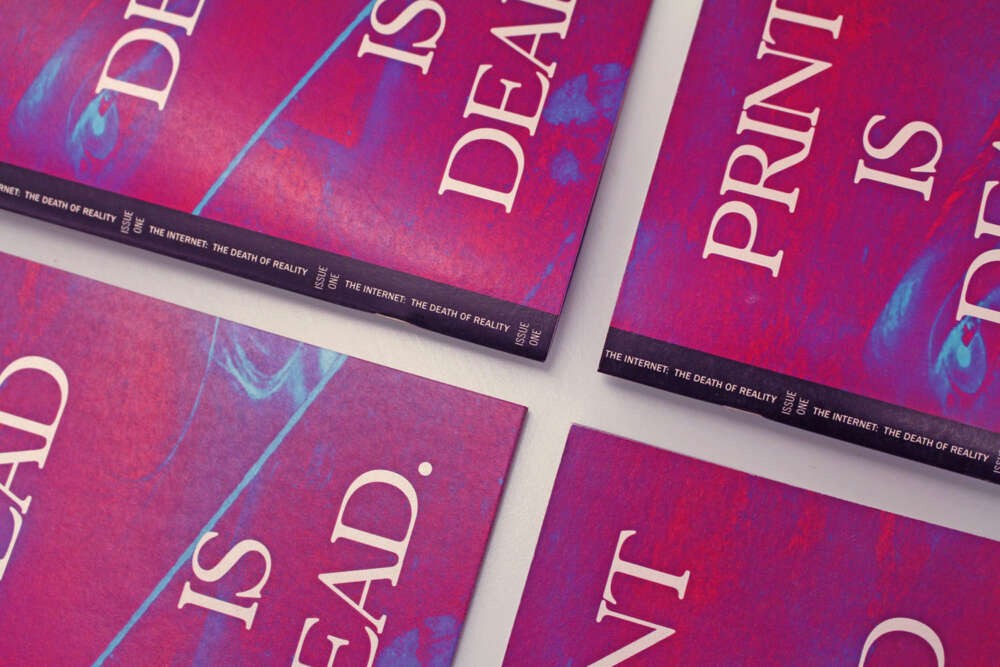 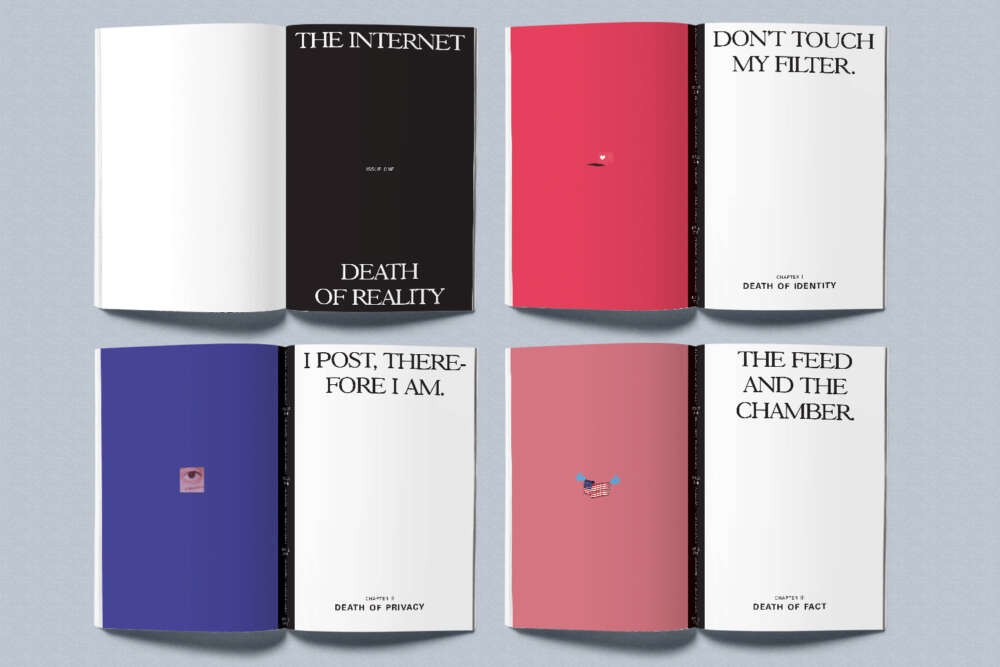 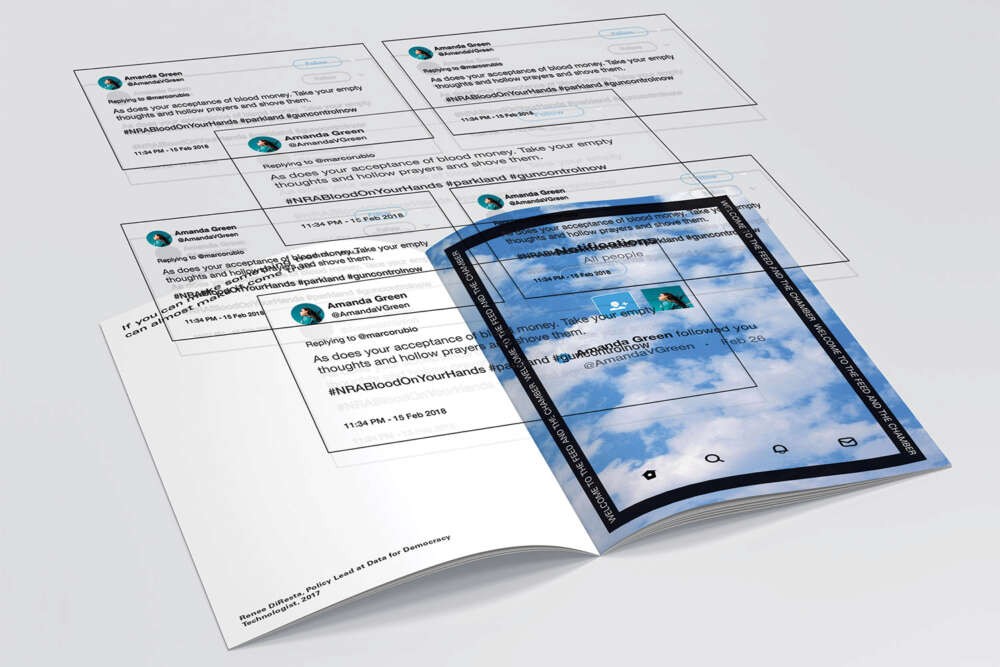 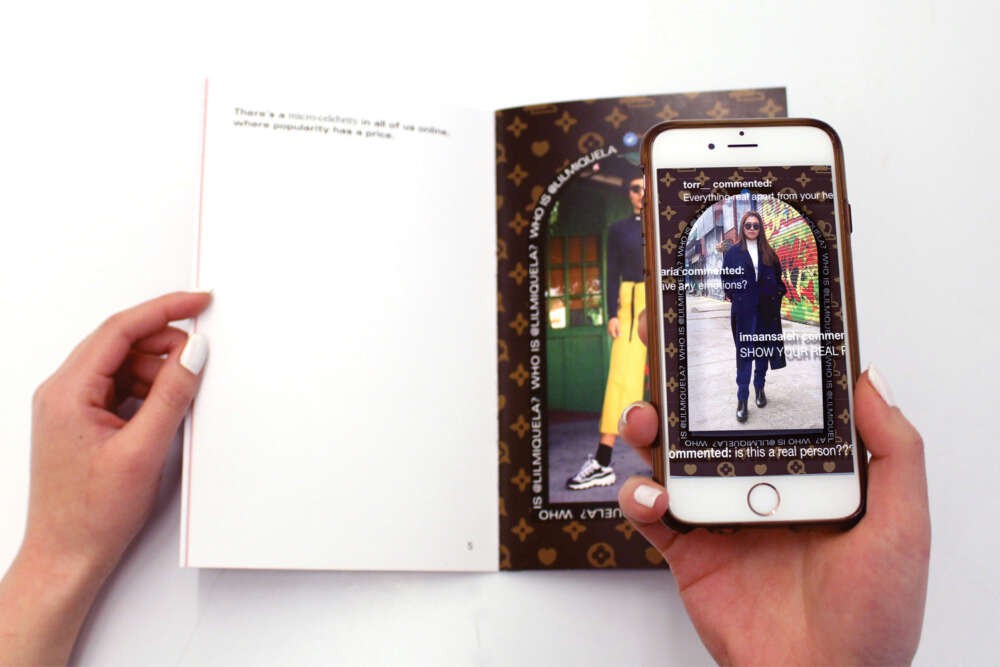 Our digital culture has been saturated with endless amounts of imagery, information, and networks. The Internet has become a vessel in which reality is questioned and lines are blurred between the real and the virtual. The Internet deletes all concepts of time, speed, separation and distance. The Internet is fast becoming its own reality.

Print is Dead is Dead is a subversive zine that aims to break the archaic “print media is dead” statement by introducing an augmented reality experience to the printed book. In its first issue entitled “The Internet: The Death of Reality,” the zine will attempt to answer the question: What can digital do that print can’t? What can the Internet do that reality can’t? The printed pages of the book are a representation of an Internet utopia—democracy, liberated expression, free speech—while the augmented reality application acts as a translator/filter of Internet dystopia, exposing what is false, imaginary, and distorted.

What do we stand to gain and lose from our digital selves? What do we choose to accept, believe, and trust on the Internet? This project is an investigation into the social and political realities behind the physical and digital realms. It confronts the conflicting truths that the Internet forms on the reality we experience.