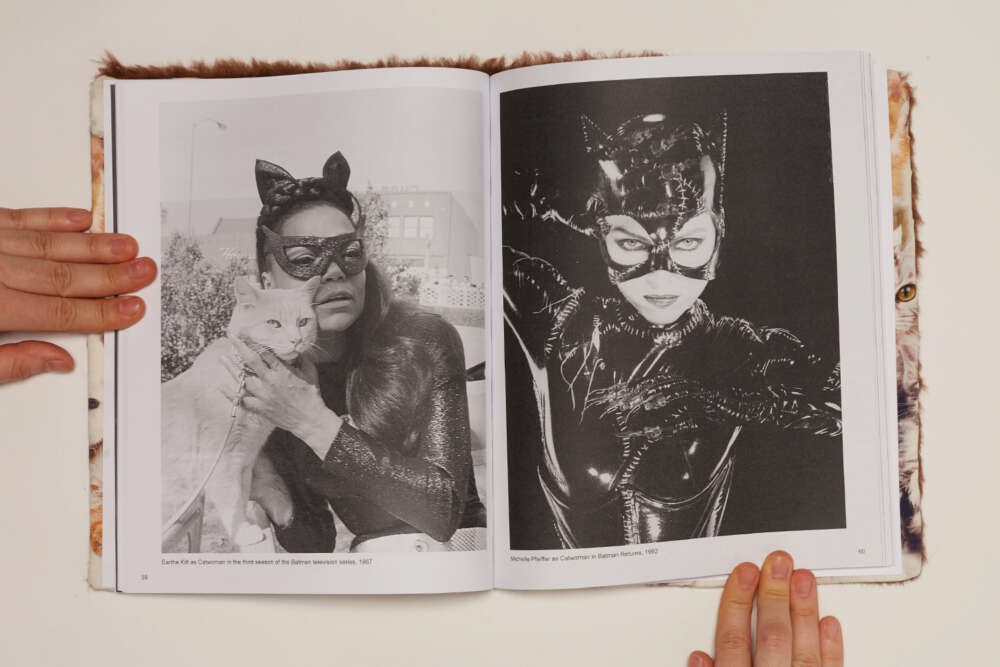 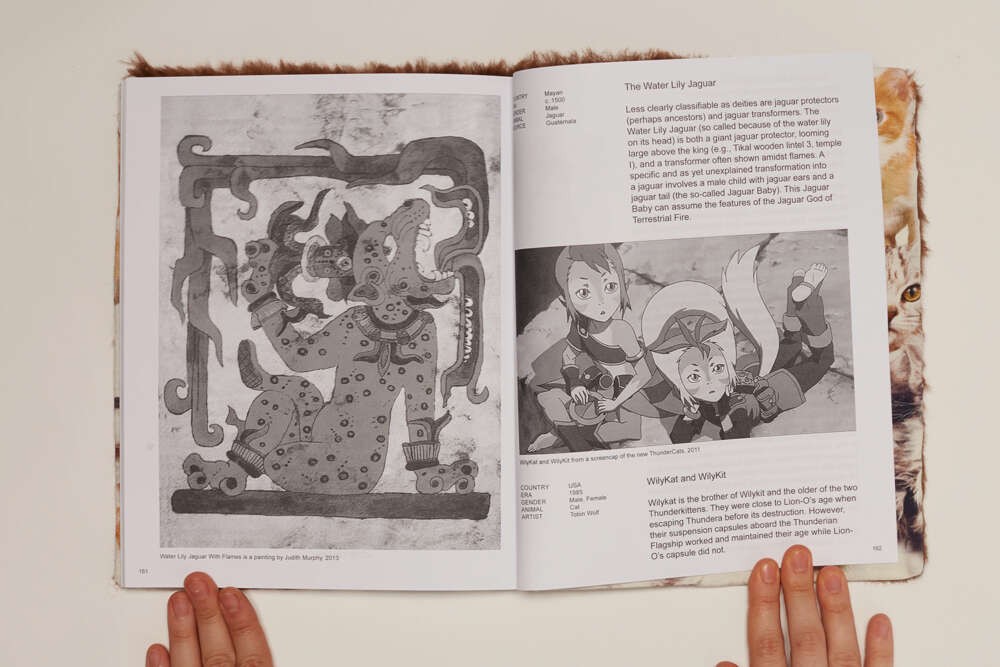 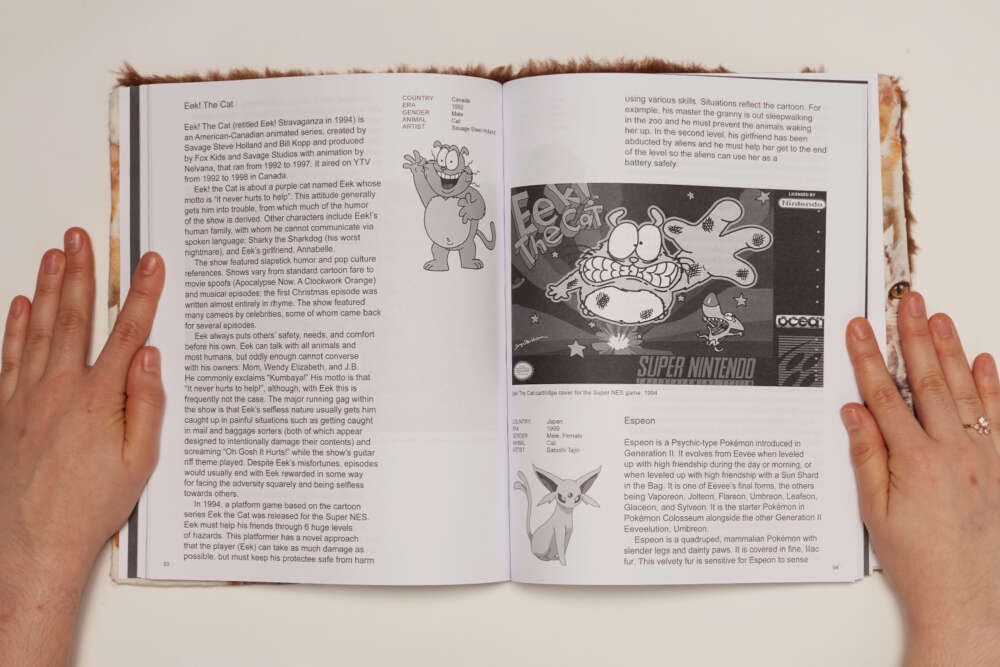 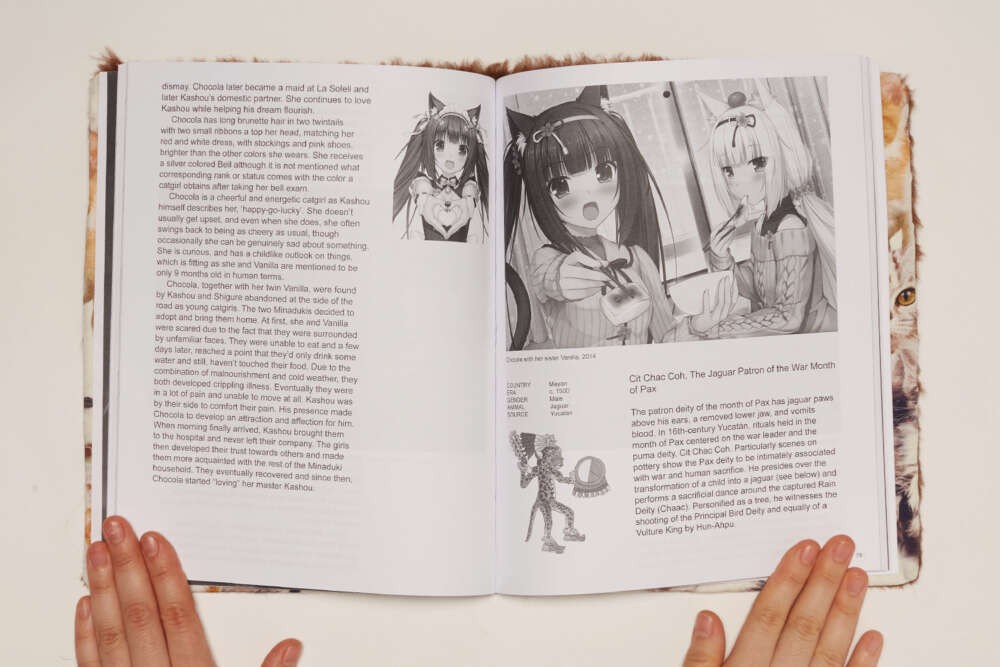 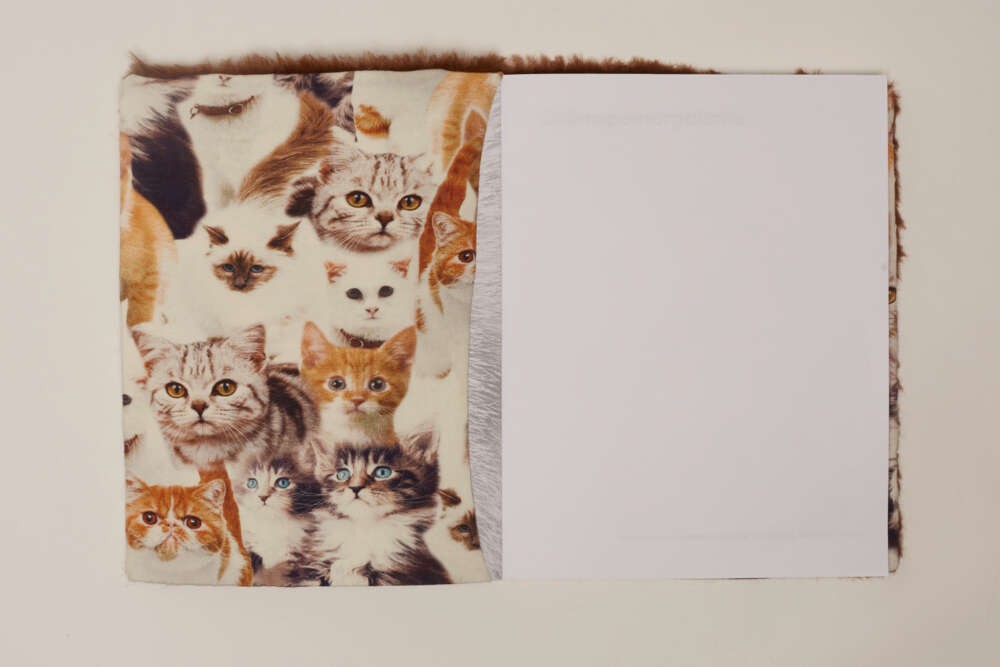 Why are we so fascinated with cats? To answer this question I delved into a history of feline fascination, collecting examples of “Cathropomorphisms.” I found many archetypes throughout literature, folk lore, religion and pop culture in which the distinction between cat and human was blurred.

I sorted examples into alphabetical order, from the ancient Egyptian goddess Bastet to the internet sensation of Pusheen, to compile the definitive encyclopedia of kitty people. Sly and seductive, cats are often synonymous with aspects of femininity, while the roar of a ferocious lion is often seen as a totem of masculine ferocity. Sometimes a cat is nothing more than a non-gender specific cuddly ball of fluff representing an androgynous ideal of cuteness. In this project I want to explore the entire symbology of cats in our culture.