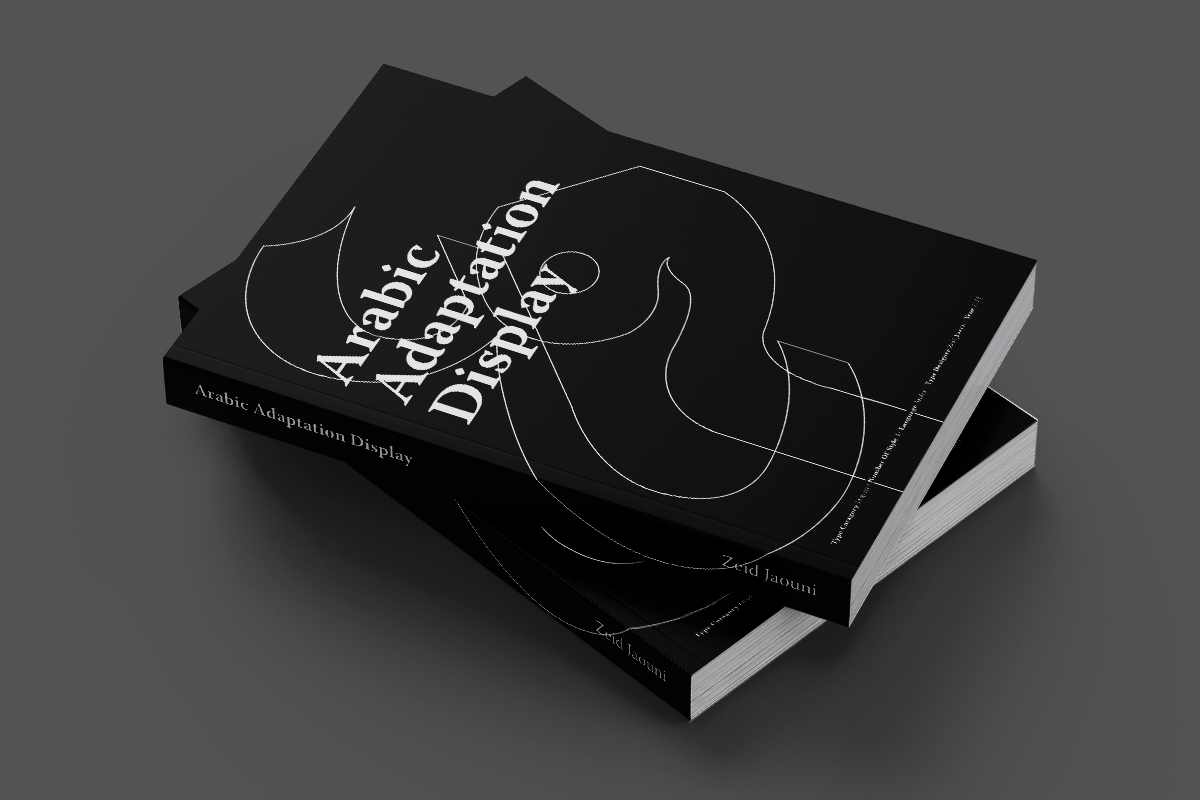 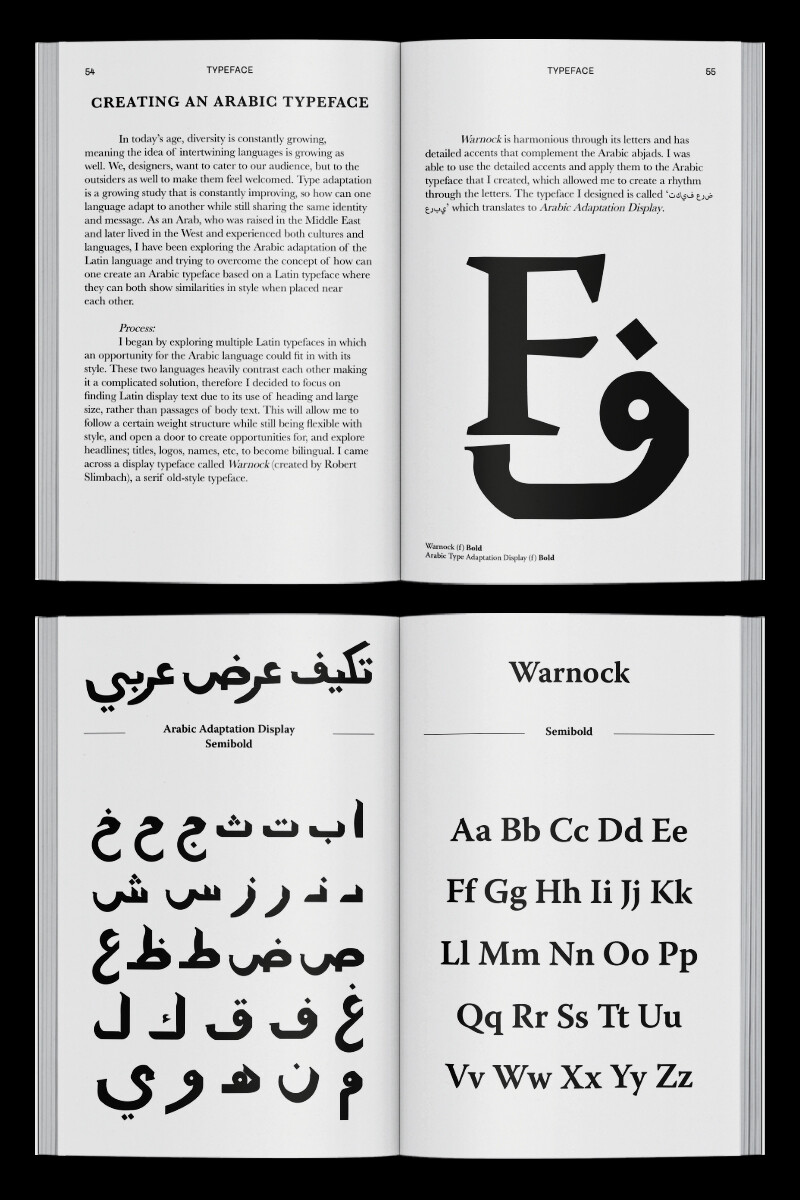 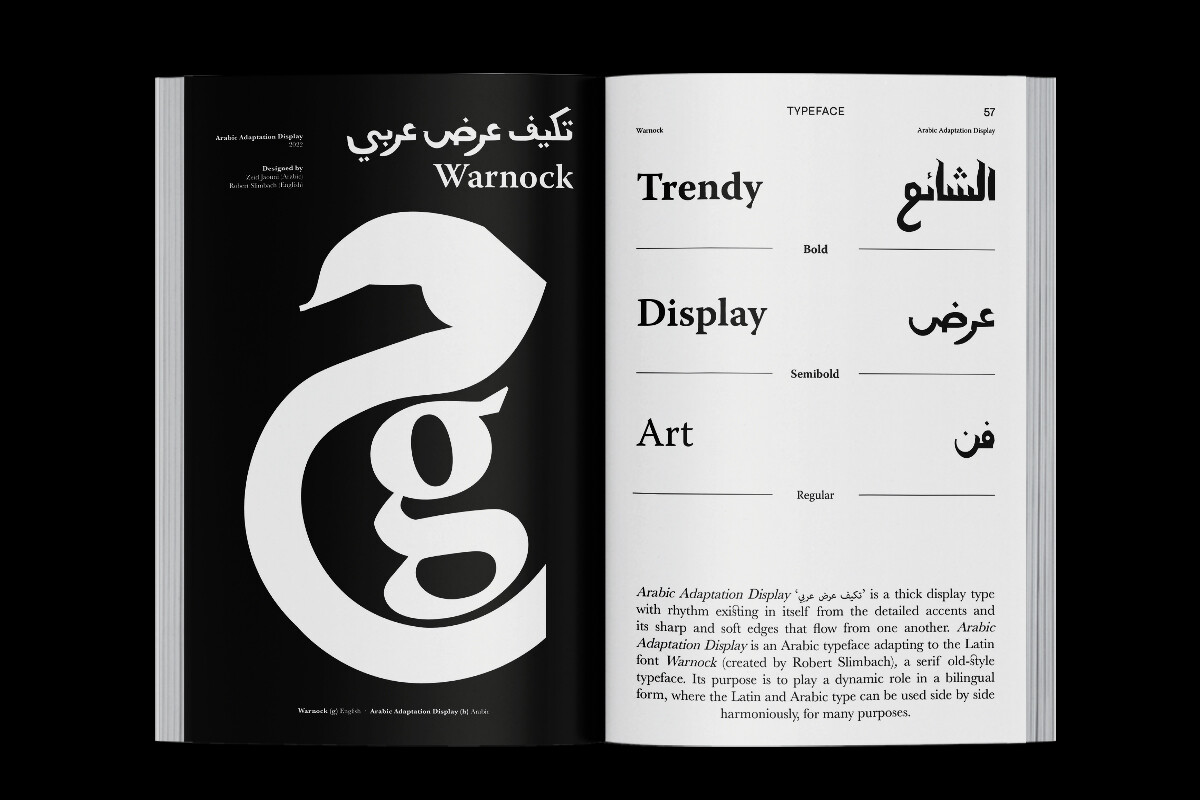 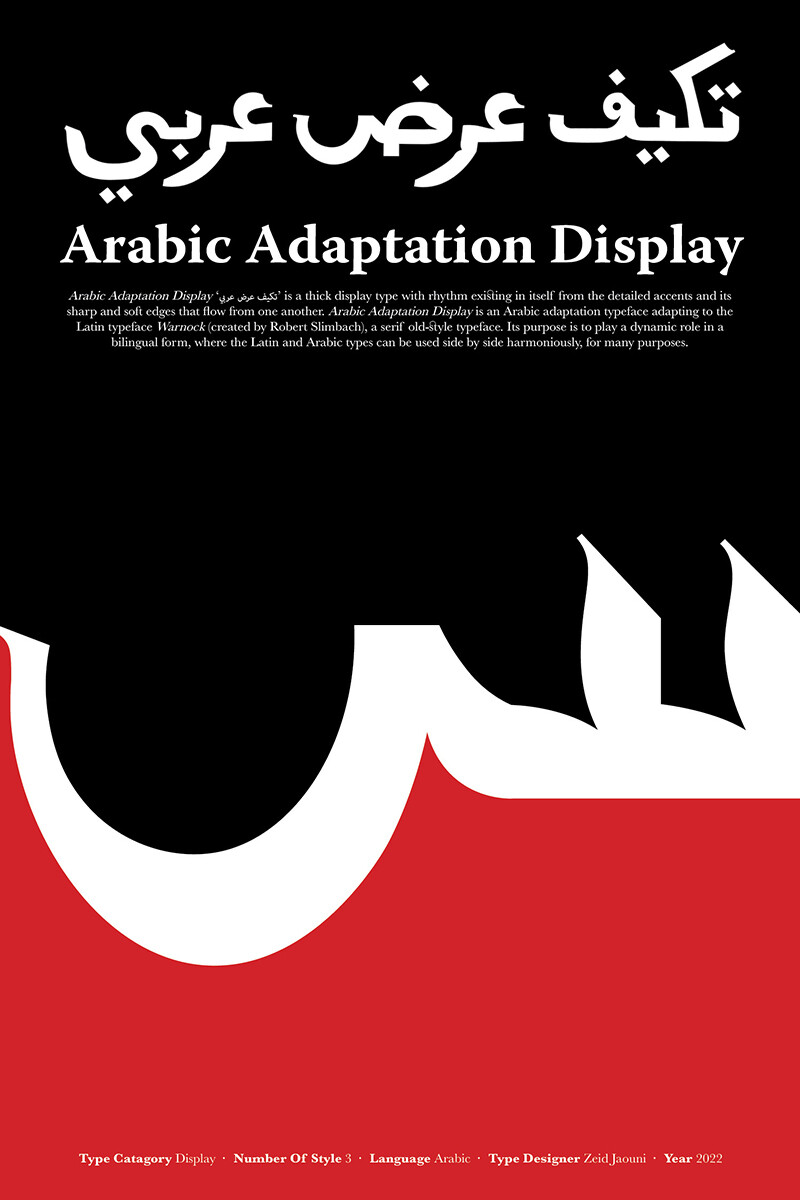 There are over 7,000 languages spoken around the world today. Many of them have multiple variations due to growing numbers in diversity, such as Arabic which has over twenty different variations spreading from North Africa to the Middle East. The vast amount of spoken languages occurring around the world has led to multiple evolving and intertwining with each other, allowing the ability to speak to a wider range of audiences. Consequently, people have started to adapt to the idea of using mixed languages, but the writing system needs to reflect. Using a script, the key component of typography that defines a particular style of glyphs that echos the spoken language. For example; the Latin script includes the French and Slovak writing systems, and the Arabic script includes the Urdu, Persian, and several other writing systems.

This thesis explores the Arabic adaptation of the Latin language. Today, with diversity constantly growing, we as designers, need to cater to our audience(s) by allowing outsider cultures to feel welcomed. Type adaptation is a growing study that is constantly improving, so how can one language adapt to another while still sharing the same identity and message? As an Arab who was raised in the Middle East, and now living in the West, I experience life through culture and language. I have spent my semester concepting and creating an Arabic typeface based on the Latin-based font Warnock (originally created by Robert Slimbach) that documents my journey in connecting both cultures.