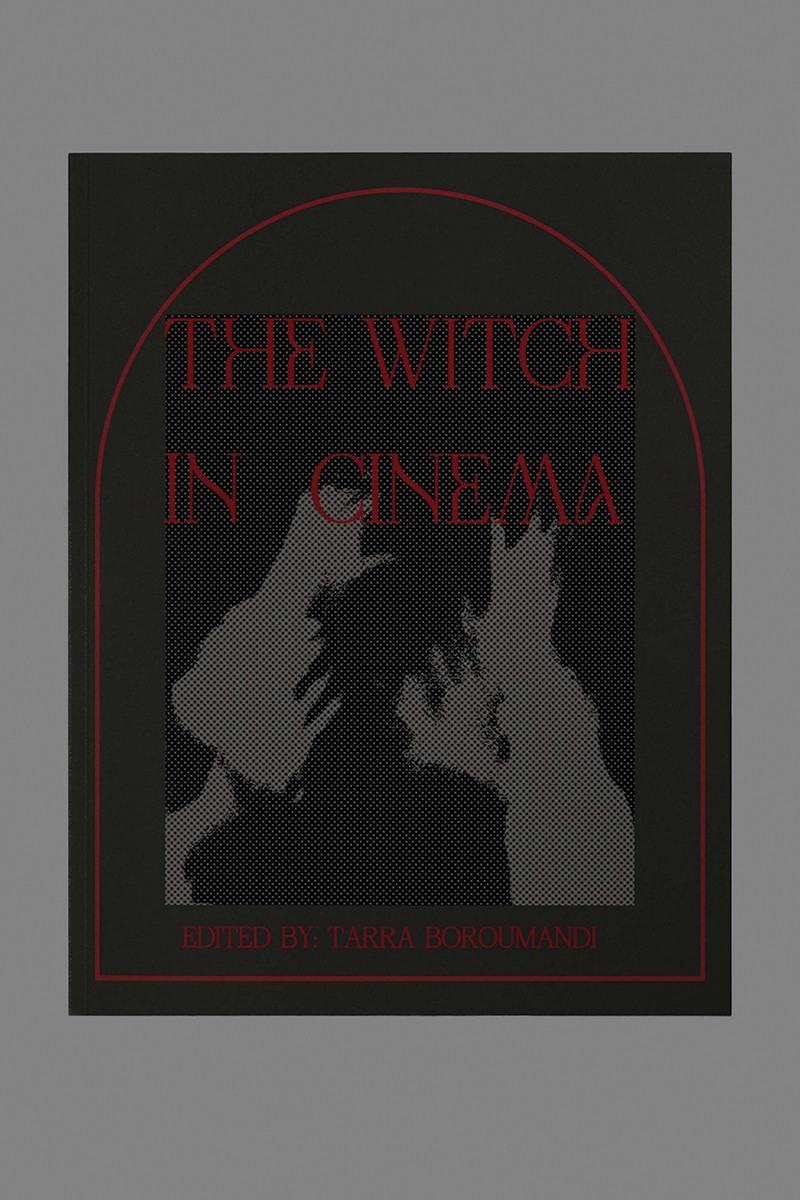 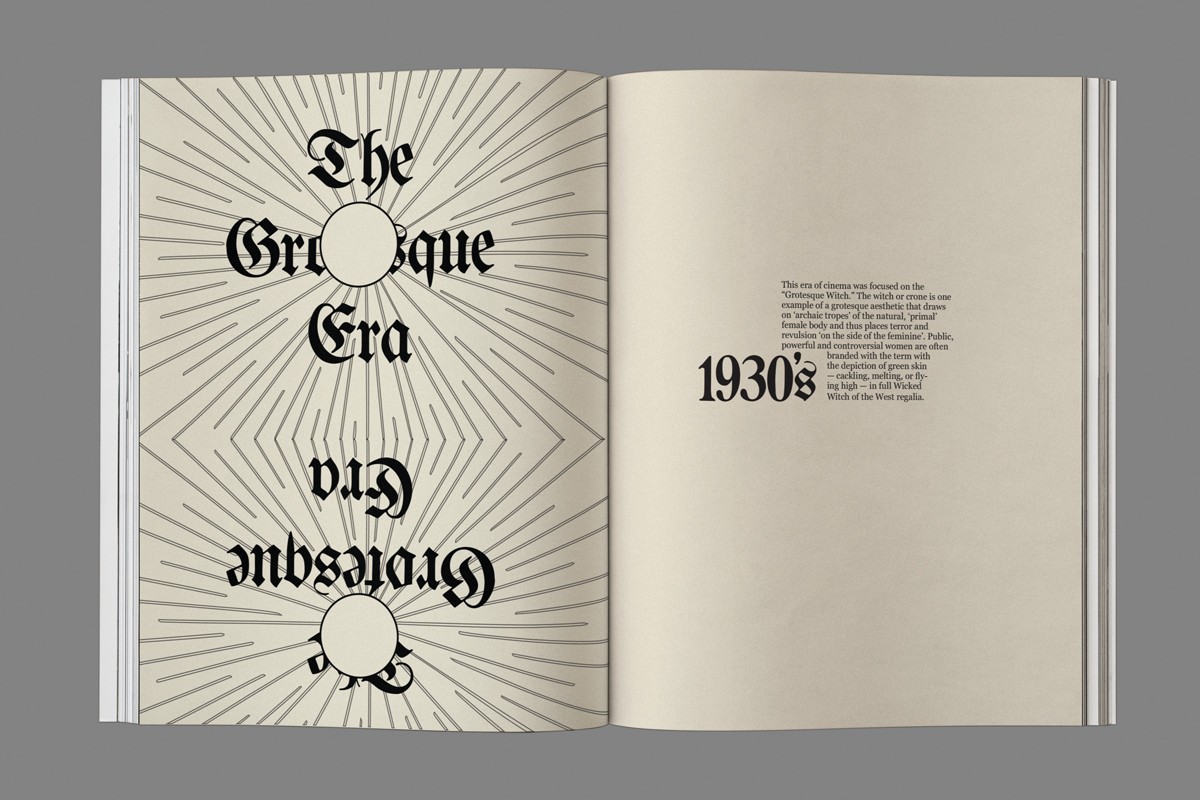 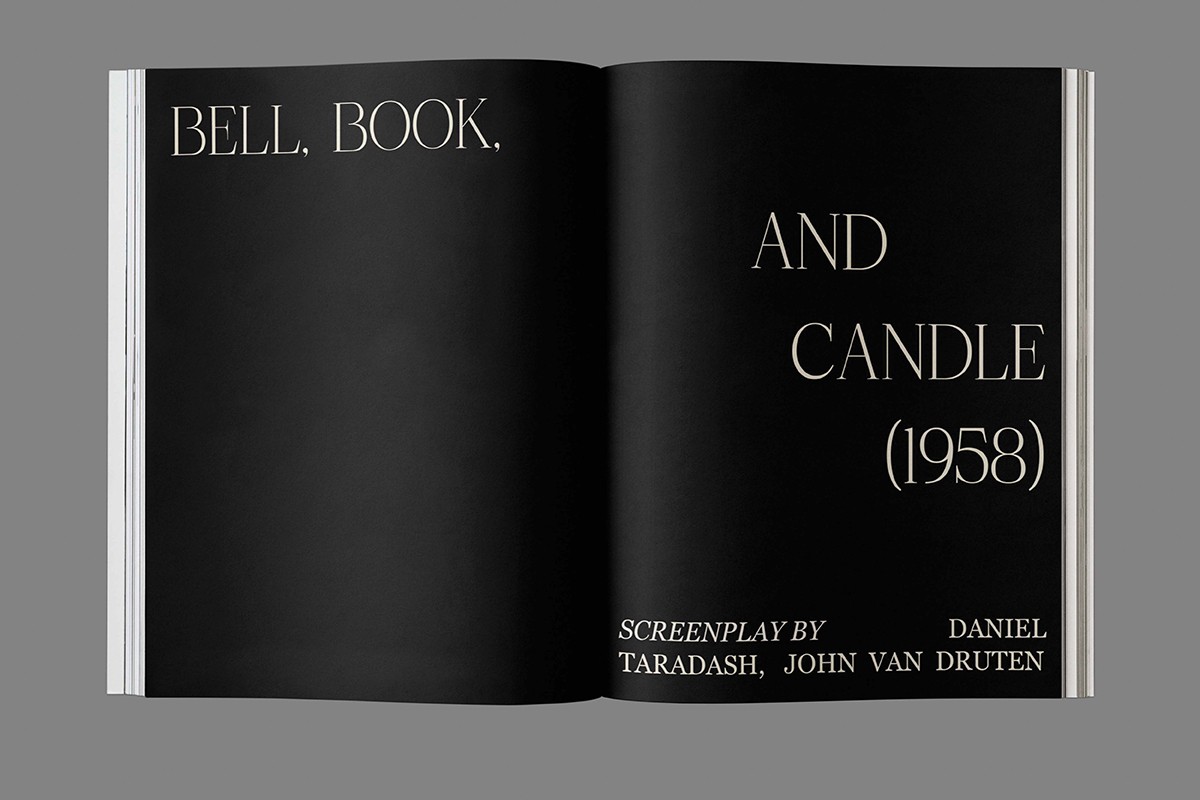 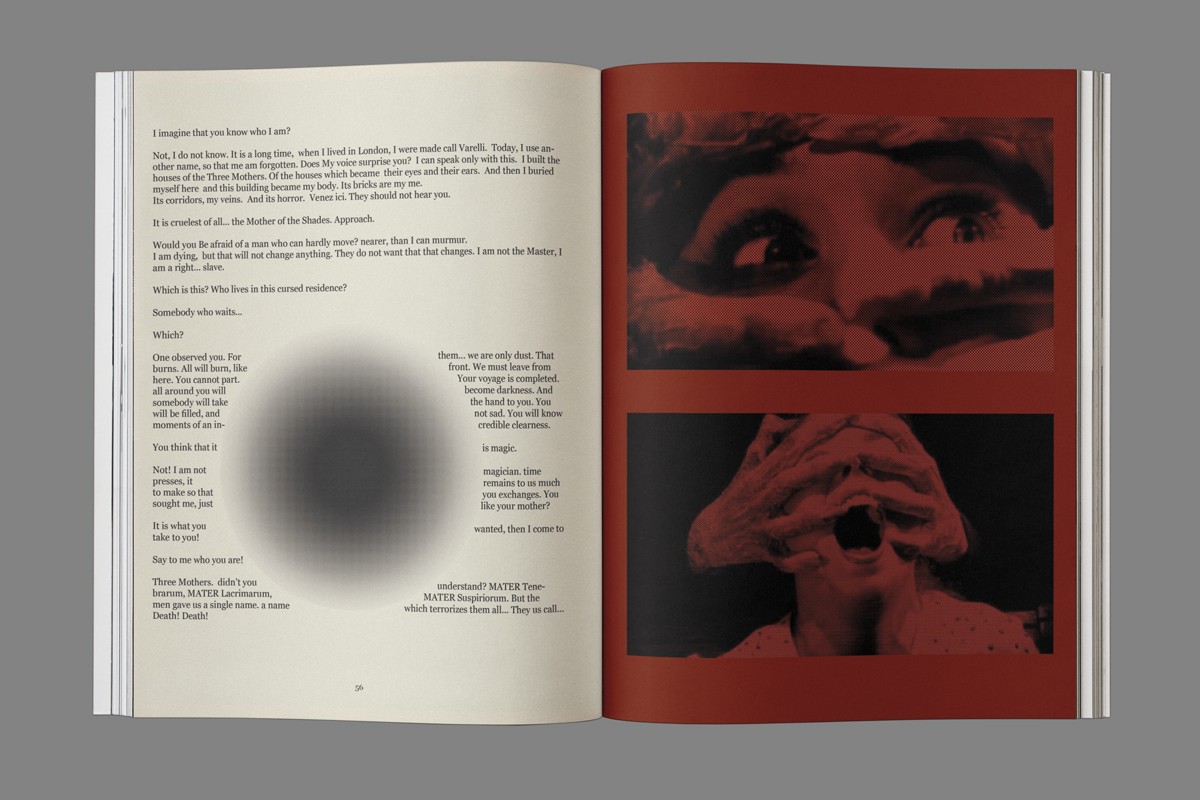 A common villain archetype seen in cinema throughout time is the witch. We imagine the witch as either being an evil hag that casts spells to harm others or as a likable character who uses her powers for good. Over the span of 90 years, cinema has gone from villainizing witchy protagonists to portraying them as powerful tropes of female rebellion. This book, The Witch in Cinema, explores each era of cinema and how screenplays have evolved their representation over time. From the Wicked Witch of the West in The Wizard of Oz (1939) to the empowered young witch in Robert Egger’s The VVitch (2016), this book highlights the evolution of witches portrayed on screen.

This project explores the evolution of this character trope by examining excerpts from screenplays from the 1930’s to present day. Each era contains its own stylistic typeface, transforming from a medieval, gothic font to a contemporary, airy serif font. The eras of witchy movies are categorized as “The Grotesque Era” all the way through to the “Empowerment Era.” The design starts off with dark blots interrupting the text dialogue, symbolizing how the portrayal of the witch is tainted. The type and imagery become less distorted as the book progresses. This correlates with the evolution of the witch archetype becoming less villainized. Towards the end, the text becomes more clear and easier to read. This aligns with the shift we see in how witches are becoming more evident of an empowering archetype.