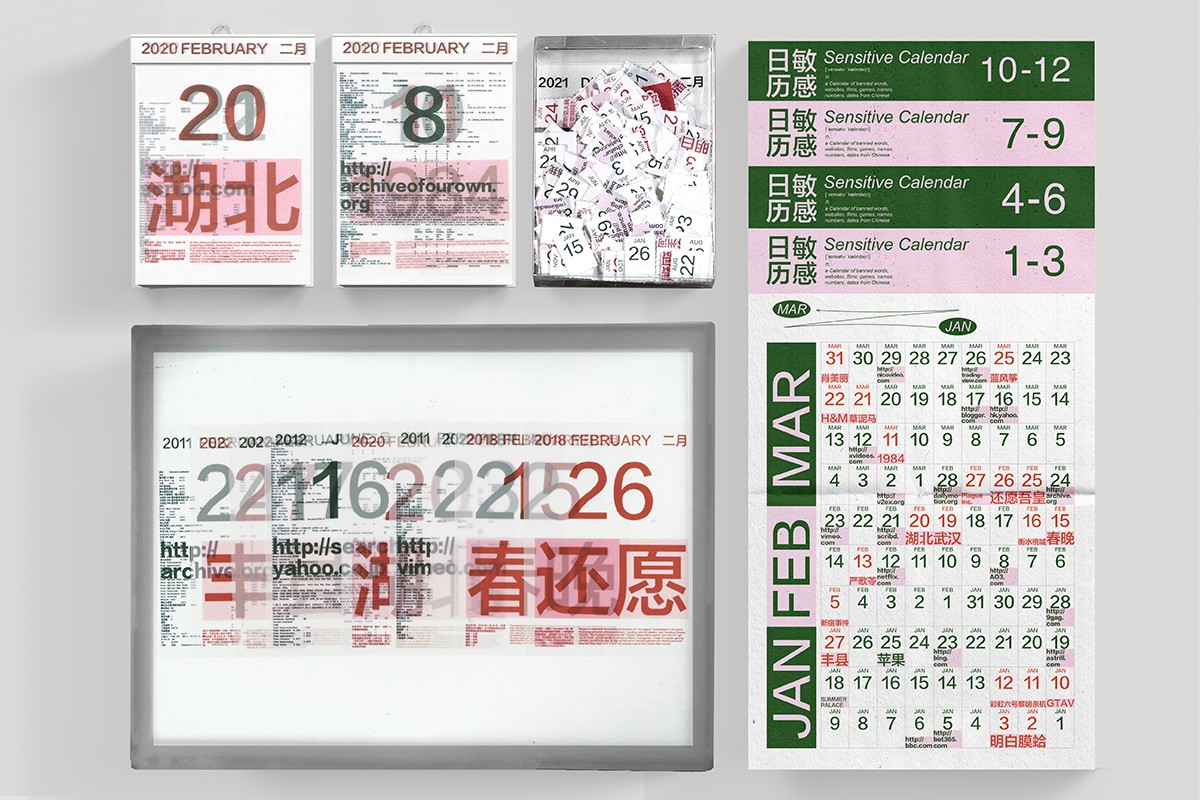 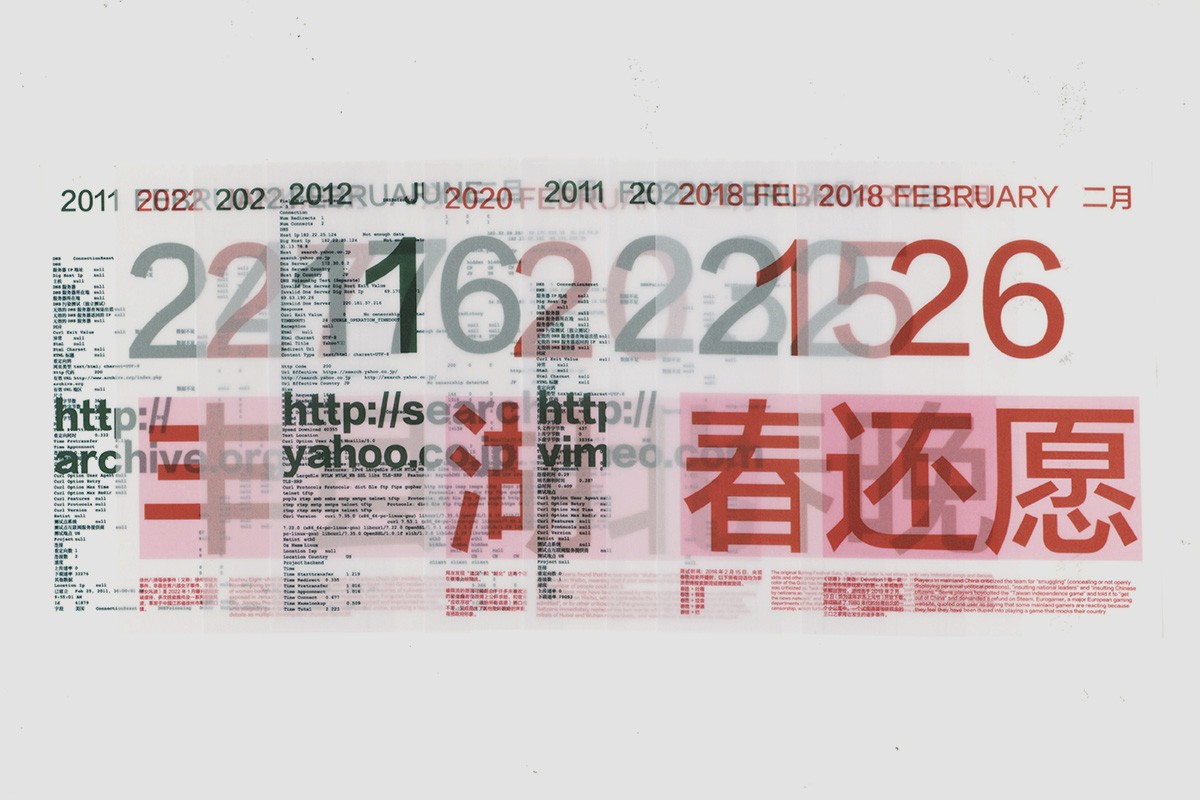 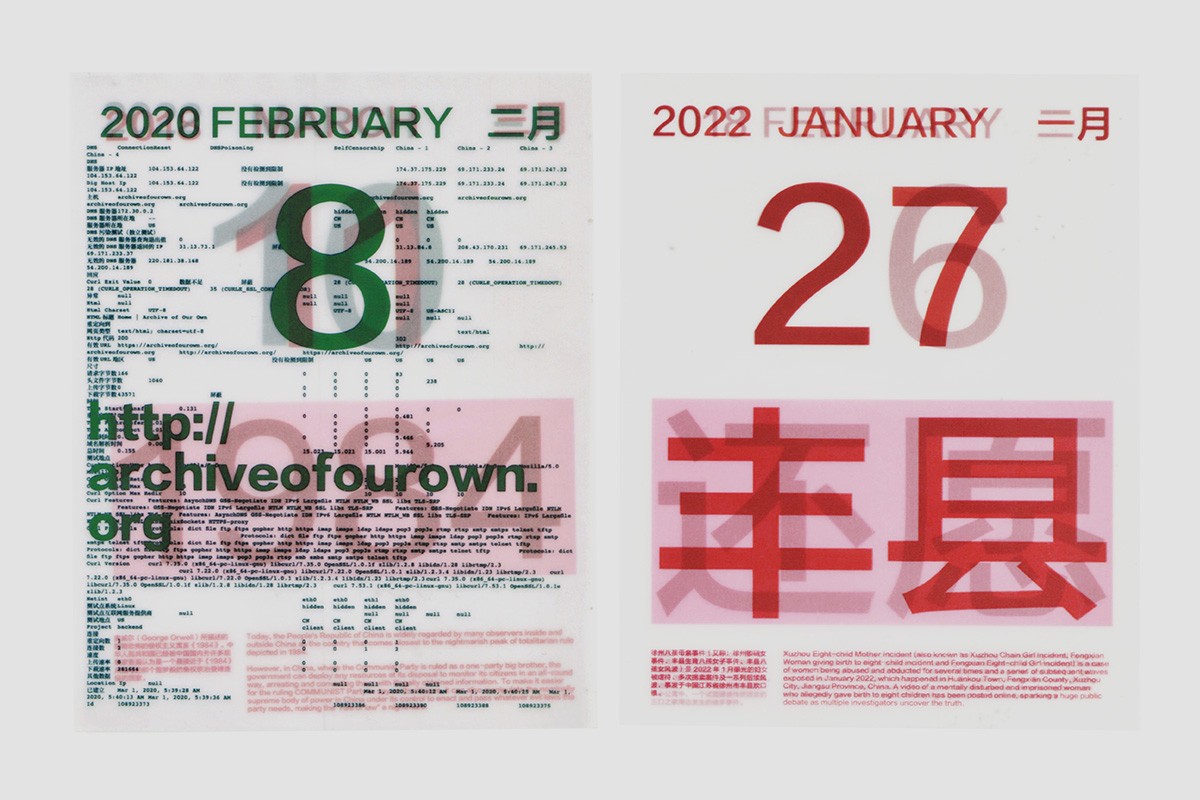 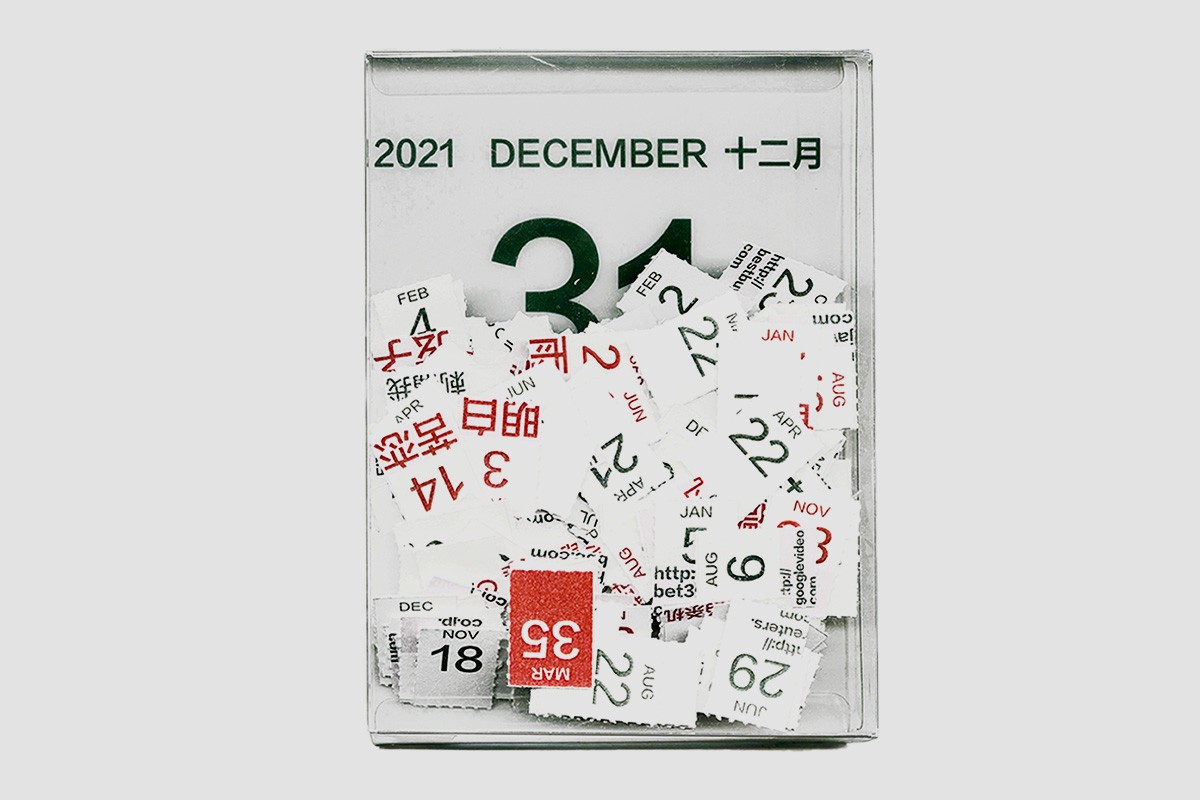 As one of a billion Chinese online users, I inhabit a highly policed version of the World Wide Web. Every day thousands of posts, websites, and films are deleted by the government; these contain sensitive content related to sex, violence, politics, and social issues.

The internet censorship by the Cyberspace Administration of China is an administrative act of part of the extensive surveillance in China, it controls what people see, access, or express on the internet through legislation and official initiatives. In 2009, the campaign to clean up internet vulgarity resulted in a large number of websites being shut down. Each day, we lose a part of our history and our language.

My thesis uses the template of a calendar to collect examples of this erasure. For each day I document the specific date on which the Cyberspace Administration of China deleted a link from the Internet or marked a word as sensitive. I was interested in the ephemerality of a calendar, as the torn-out pages could symbolize the language and history being removed from our collective memory.