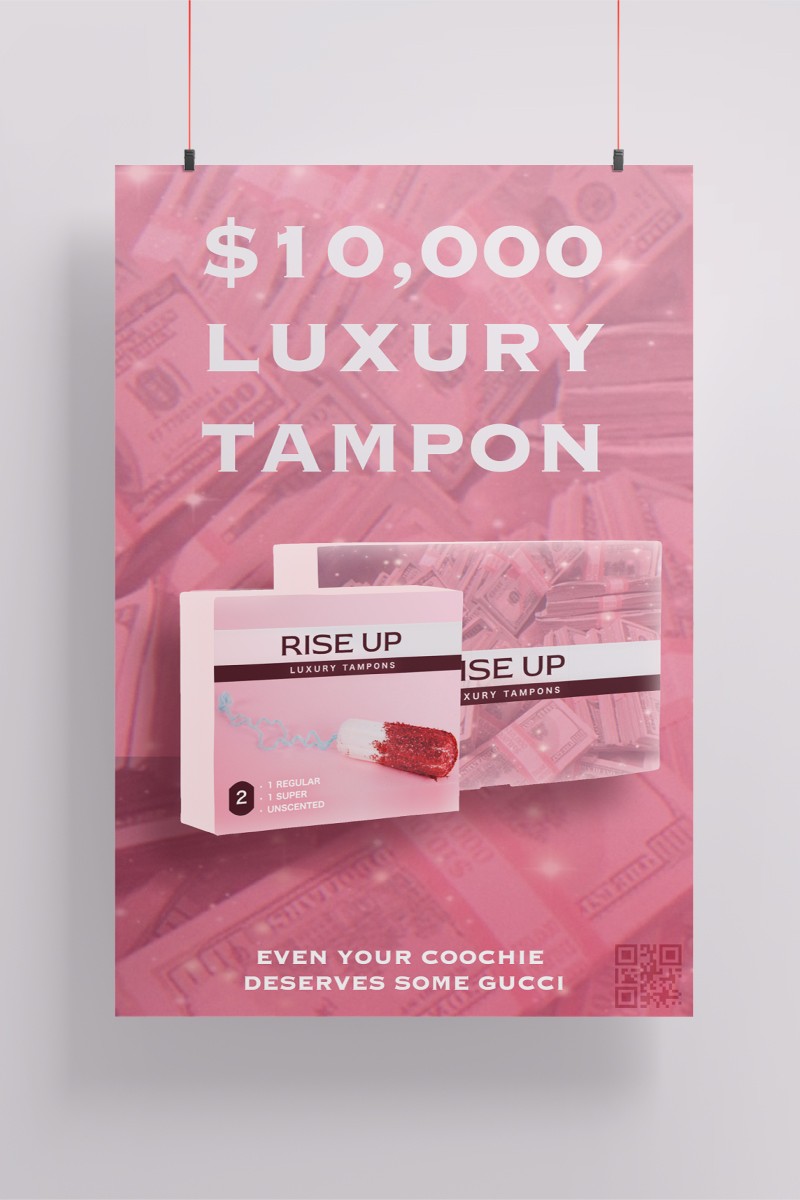 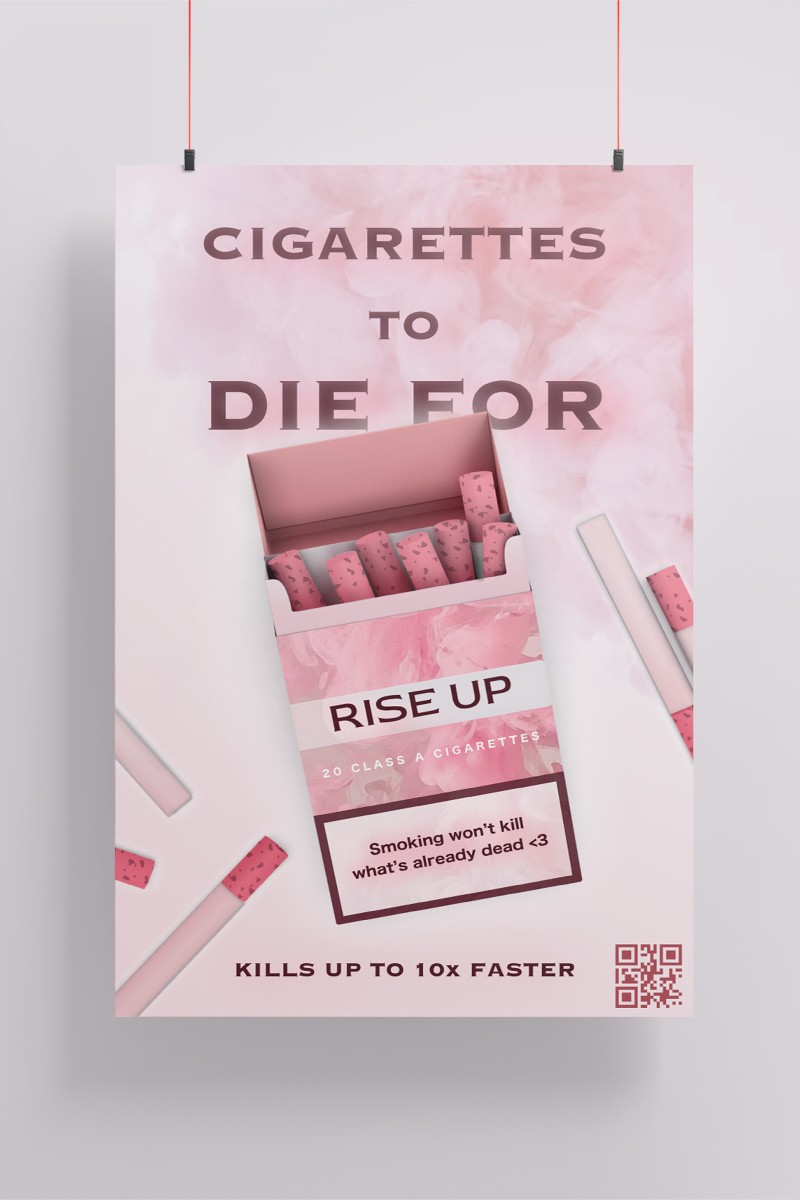 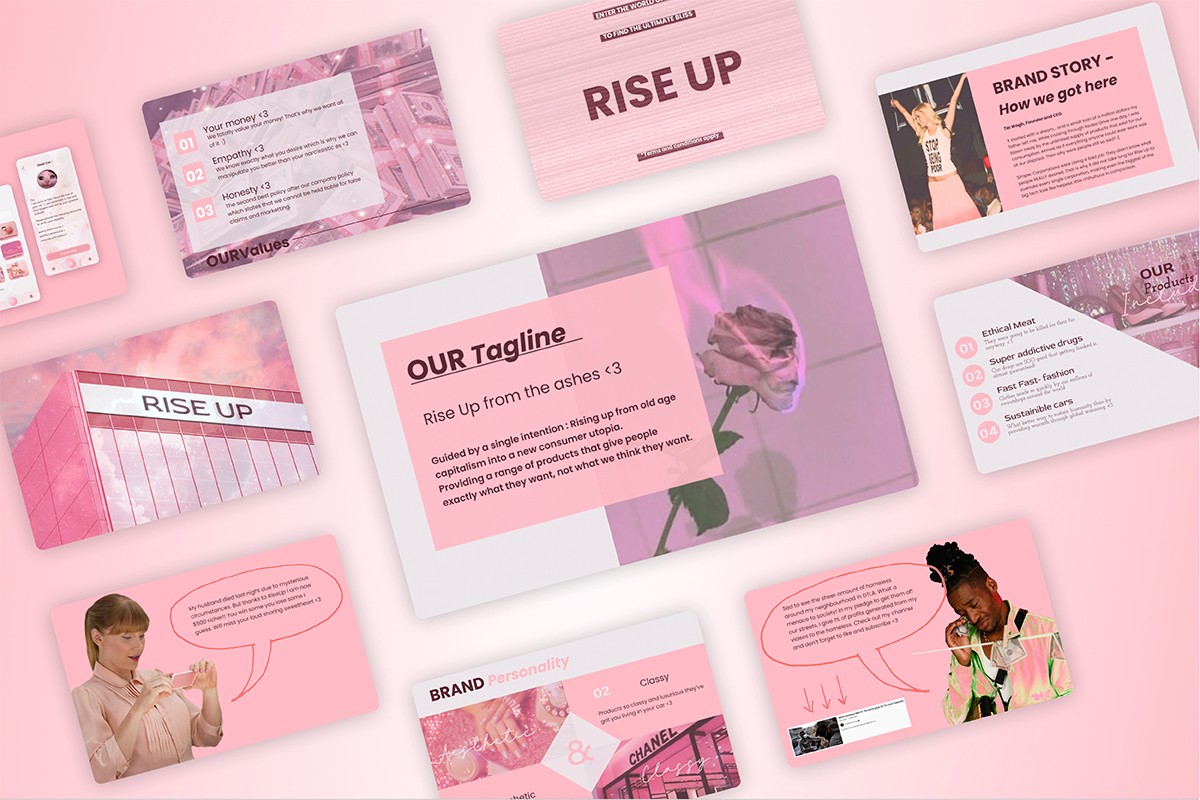 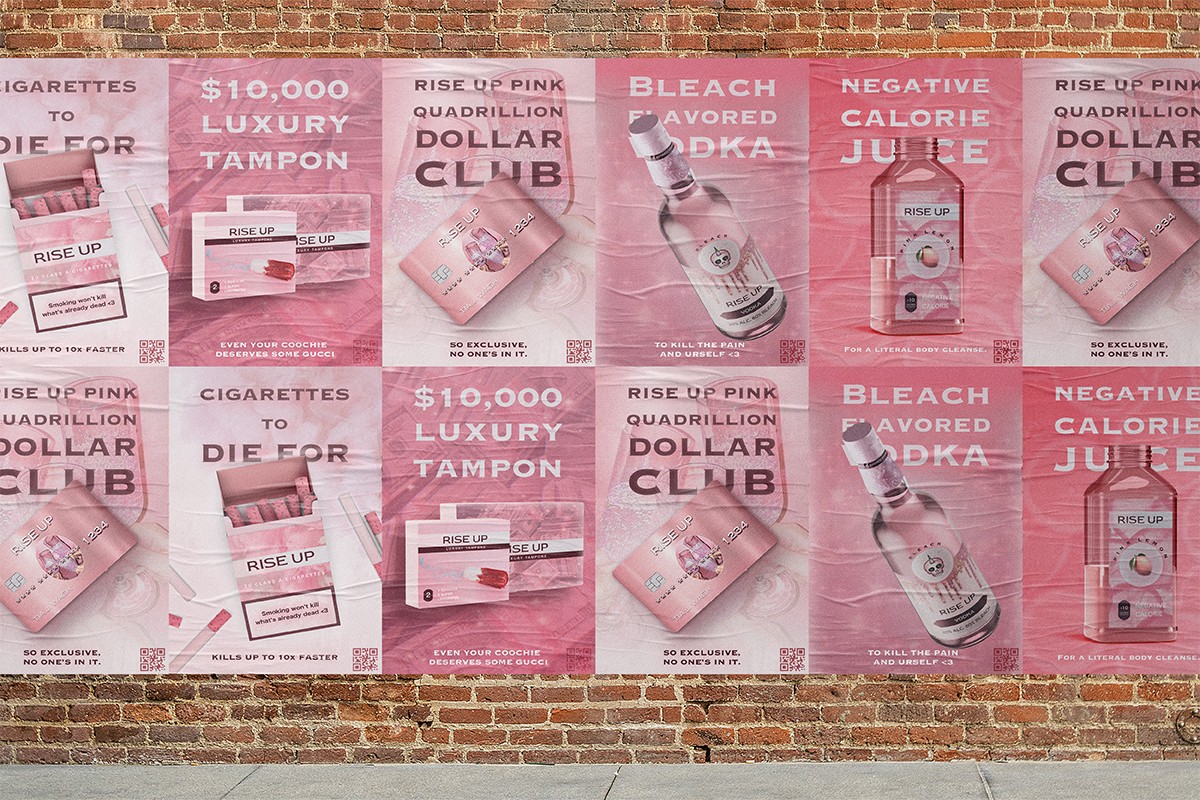 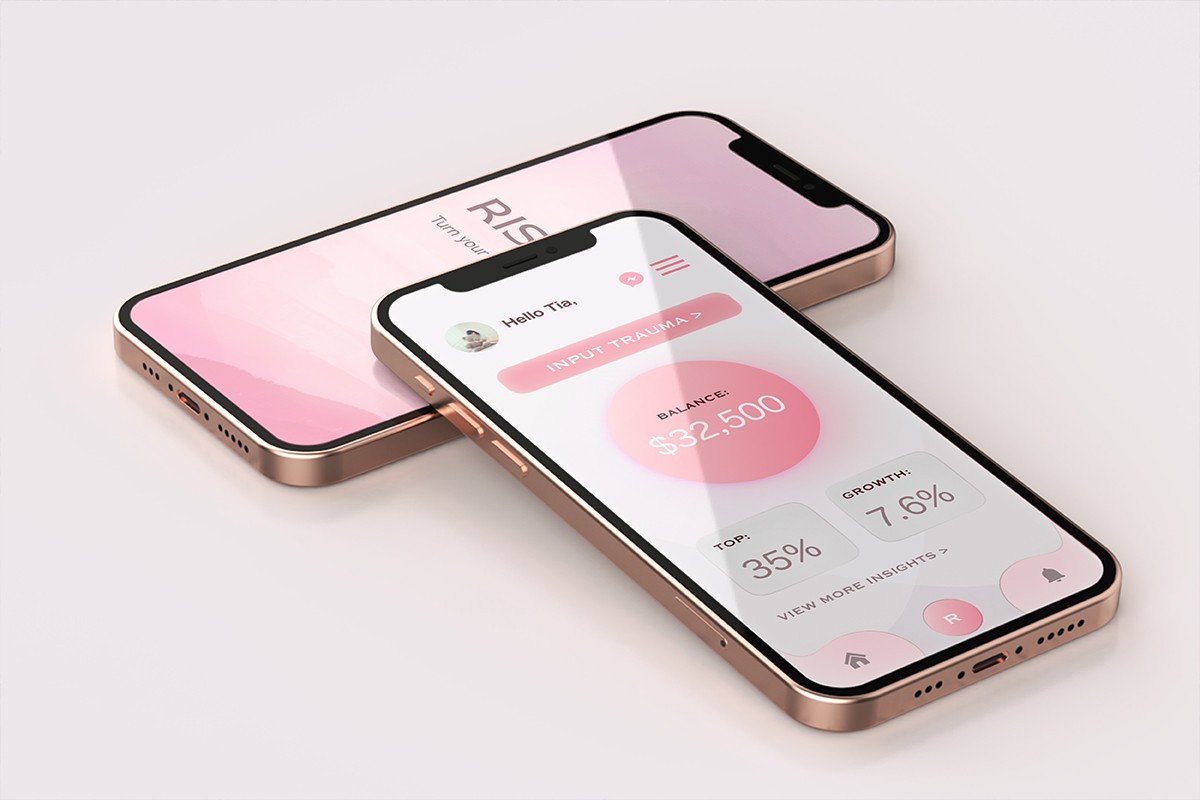 Inspired by Black Mirror, and our current reality, Rise Up is a dystopian brand set in a futuristic society in which Rise Up has monopolized every industry. Like many big corporations, it hides its sinister motives behind marketed positive values, claiming to change lives for the better, only to inflict chaos on the world. It sells a range of products, from fast killing cigarettes, to luxury tampons. Living in an ignorant bliss, the consumers in this world buy into its capitalist propaganda.

The project intentionally blurs the line between our world and this dystopian society, forcing us to question our values and priorities in a world where capitalism is a product and we’re all products of capitalism. Rise Up targets general consumers, but more specifically, young adults and teenagers who are more impressionable and influenced by harmful trends.

Explorations include an app that literally turns pain into power by converting trauma into dollars. It works like an insurance policy, and as any policy, people find a way to cheat the system, compromising their morals in the process. The second exploration is a poster series with harmful products like negative calorie juice, that serves as a commentary on people’s obliviousness to damaging marketing tactics. Rise Up also includes other brand collateral compiled in a brand deck, designed in a pink, Tumblr-esque aesthetic to contrast its dark content and bring out the superficiality of this world.