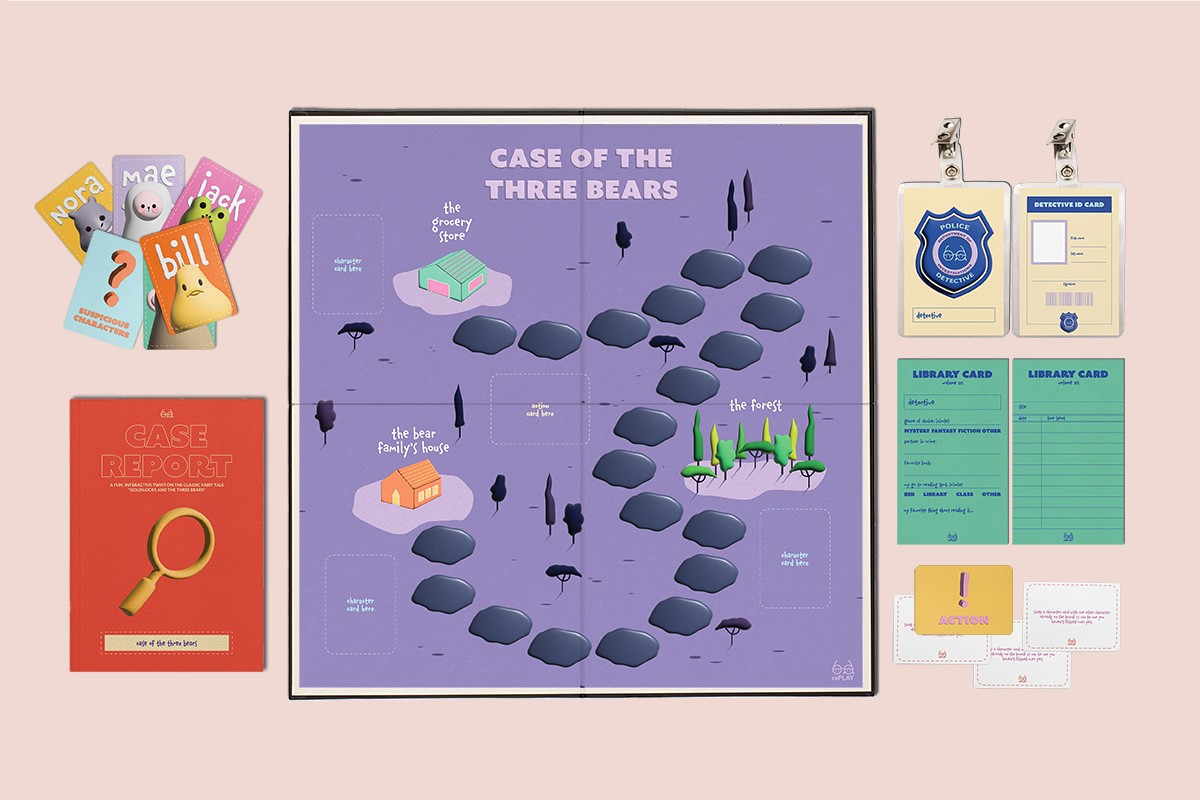 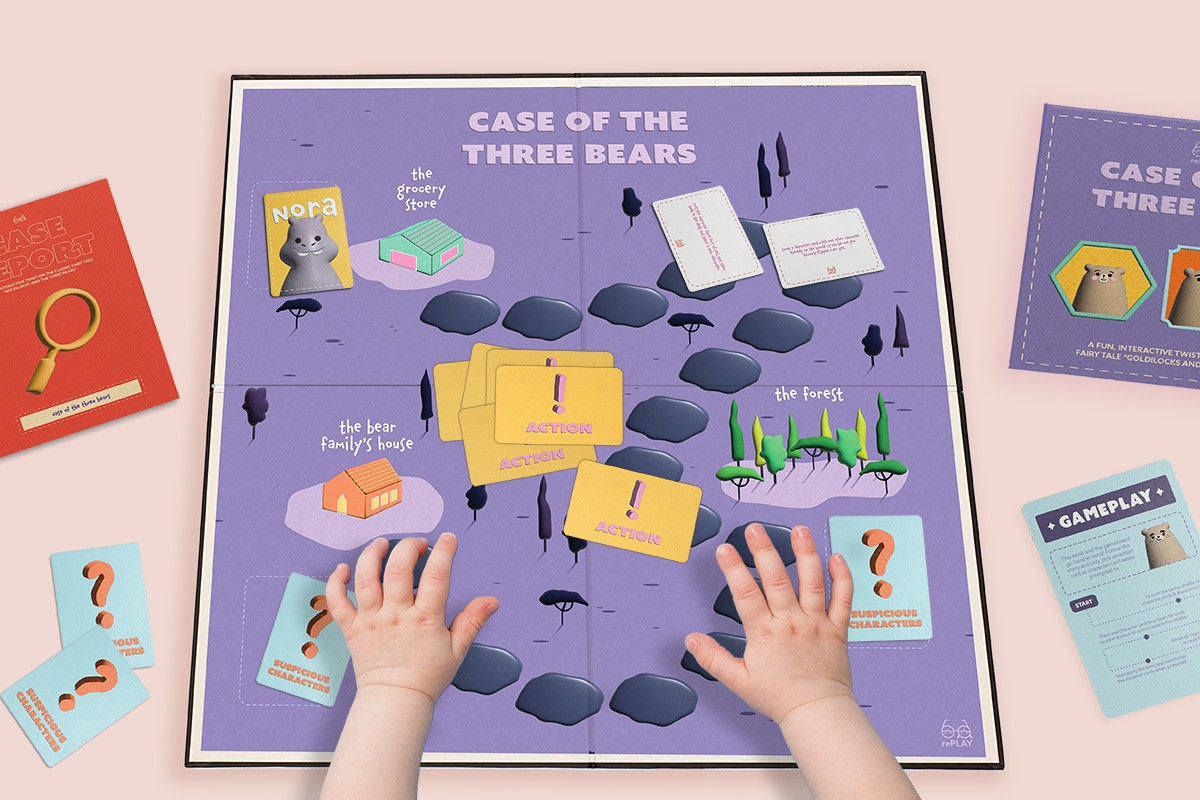 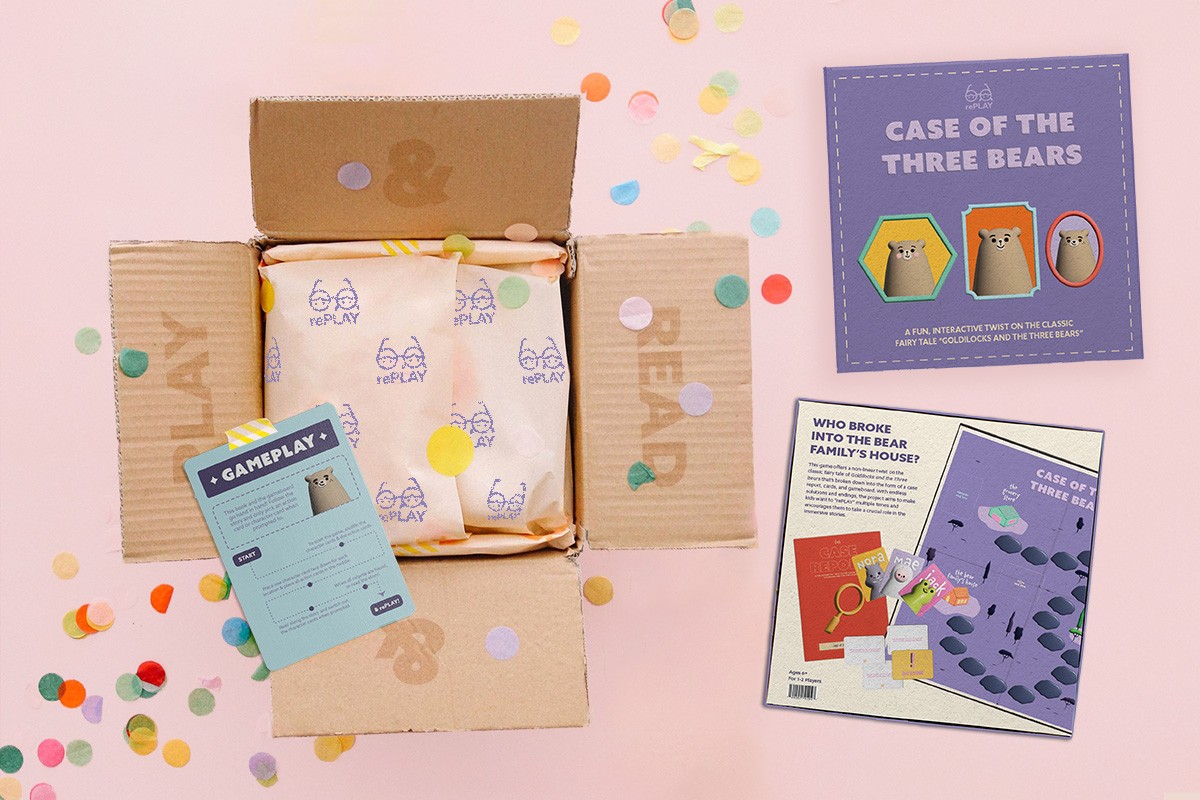 How can you preserve the magic of reading in an increasingly distracting world?

Reading at an early age fosters imagination, creativity, and curiosity. Thanks to the ubiquity of technology and social media, traditional books struggle to fully capture the attention span of the younger generation for long periods of time in comparison to TikTok, Netflix, and video games. Children today read less frequently and enjoy reading less than any previous generation. According to a survey conducted in late 2019 and early 2020 by the NAEP, “The share of 9-year-olds who said they never or hardly ever read for fun on their own time was at its highest point since the question was first fielded: 16% said this in 2020, compared with 11% in 2012 and 9% in 1984.”

rePLAY, combining the words read and play, aims to preserve the magic of reading by reimagining the way of storytelling. Who broke into the bear family’s house? Who’s the culprit that ate their porridge and broke Baby Bear’s chair? This game offers a non-linear story that’s broken down into the form of a case report, cards, and gameboard that guides the narrative of the classic stories with a twist. Building upon the traditional printed book format with an interactive, non-linear structure allows children to fully immerse themselves into stories and expand their imagination. With endless solutions and endings, the project aims to make kids want to “rePLAY” multiple times and encourages them to take a crucial role in the immersive stories.