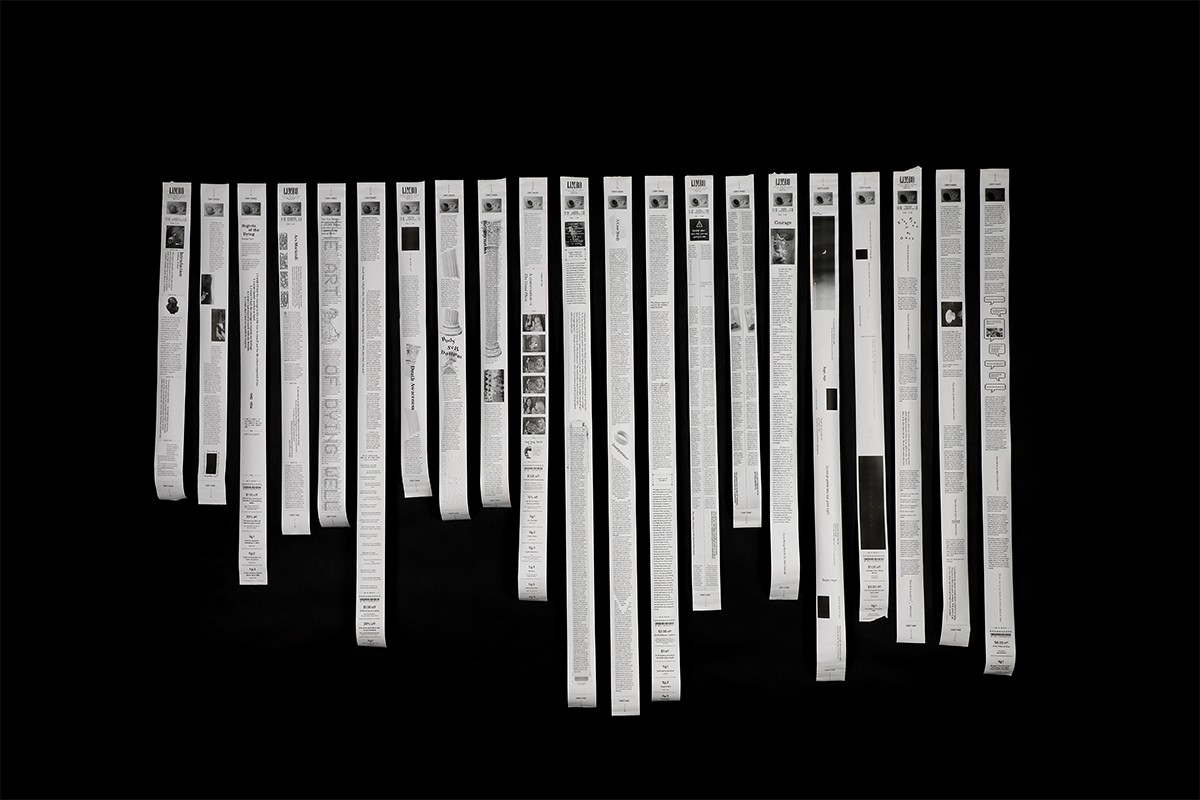 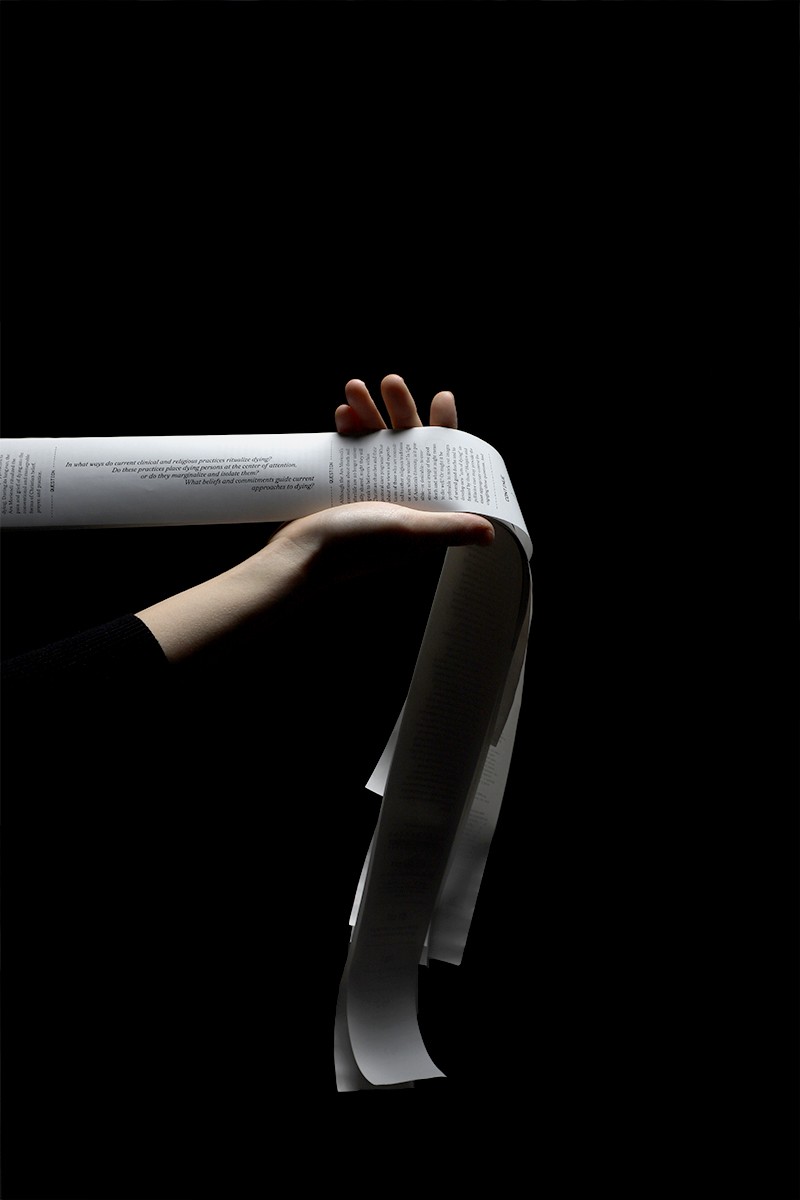 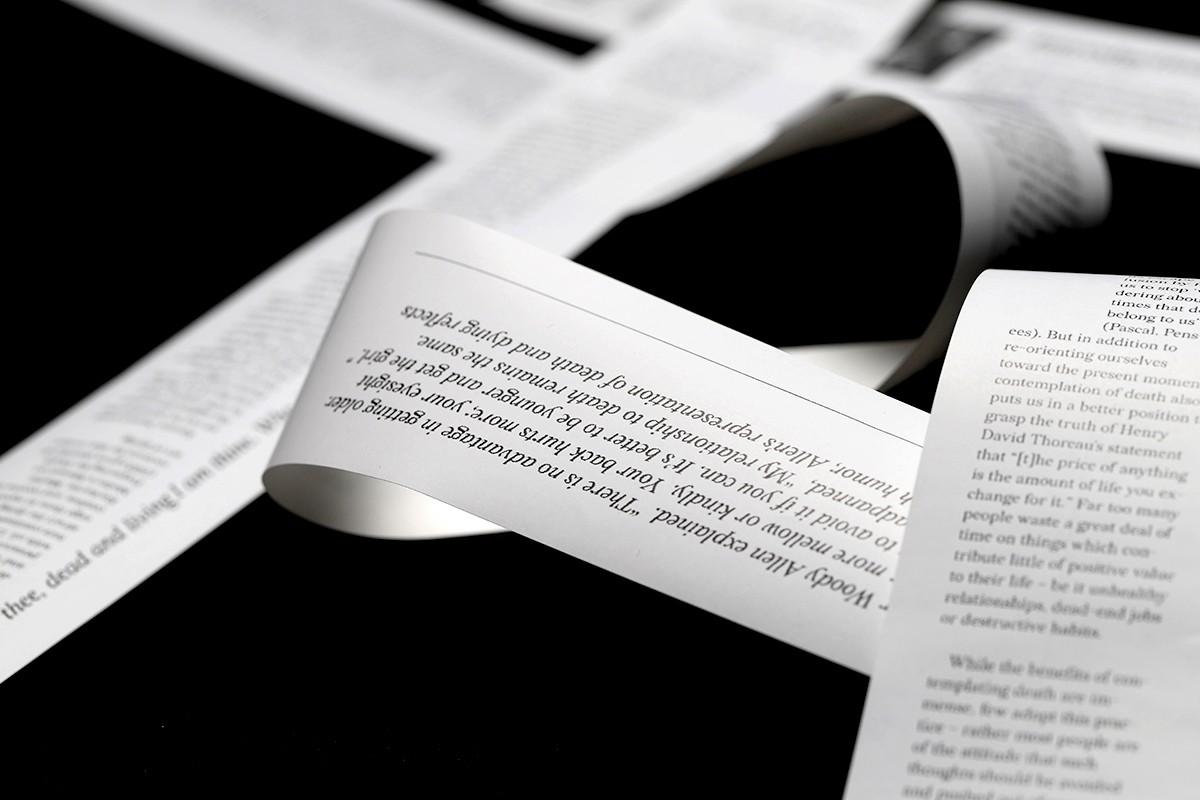 To understand the concept of mortality, people have created various religious beliefs, funerary rituals, memorials, and many more customary practices that have defined culture and helped to manage the natural fear of death. However, in the modern world, society has mostly forgotten about traditional approaches concerning the eventual end of one’s life. Instead, we have created a facade of physical immortality through the use of modern medicine, rejecting a confrontation with the inevitable and unpredictable nature of death.

Limbo is a periodical publication created to guide its reader to contemplate the heavy topic of mortality. Its physical format, a collection of receipt strips, embodies the concept of memento mori with each printed letter fading at the touch of a hand, leaving behind an unlimited amount of negative space for contemplation. With each issue focusing on a different aspect of death, Limbo urges its readers to turn their gaze back on a seemingly scary topic by discussing the many aspects of life and death. The design utilizes a glitched visual language, in order to signify the perishable quality of Limbo. The periodical is published on a monthly basis, automatically faxed to the reader’s receipt printer, renewing once every year.

Ultimately, this project is a journey that seeks to unveil the roots of our fear of death, to help readers find a way to face this fear, and gain a new appreciation of life. By redefining the reader’s perception of mortality, Limbo attempts to destigmatize death through design.