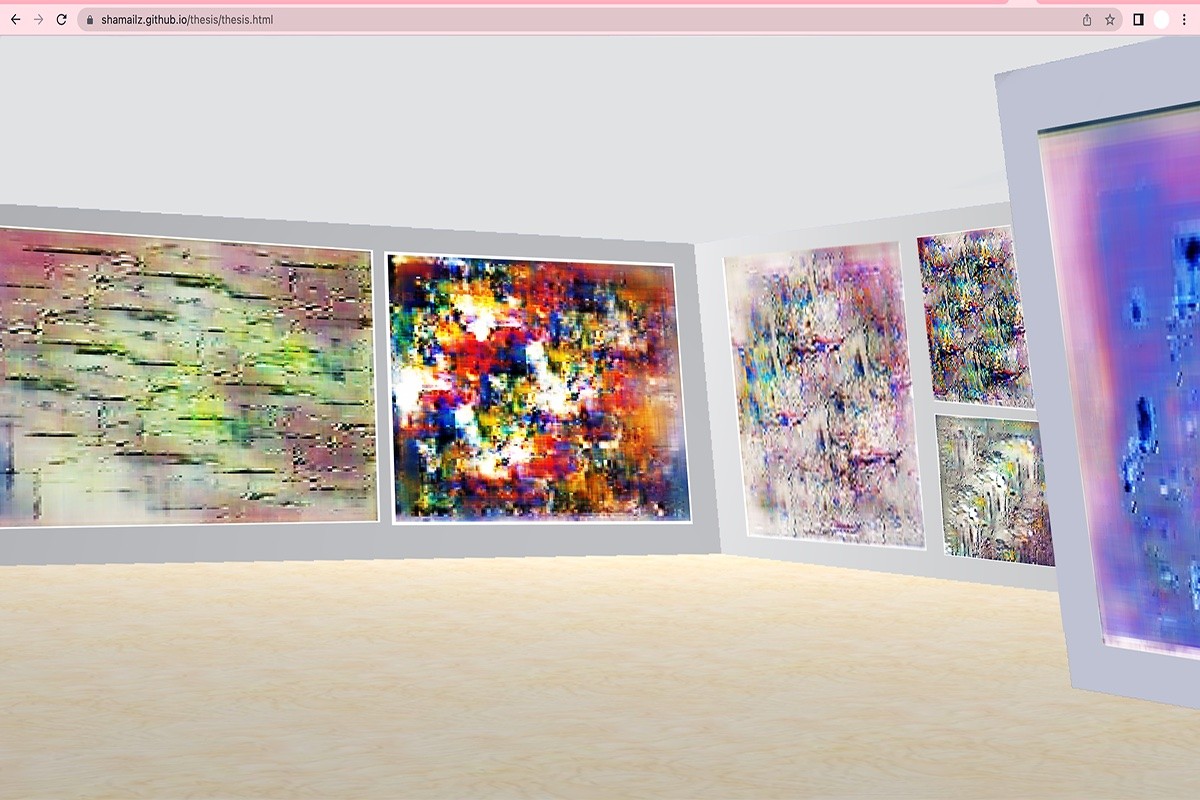 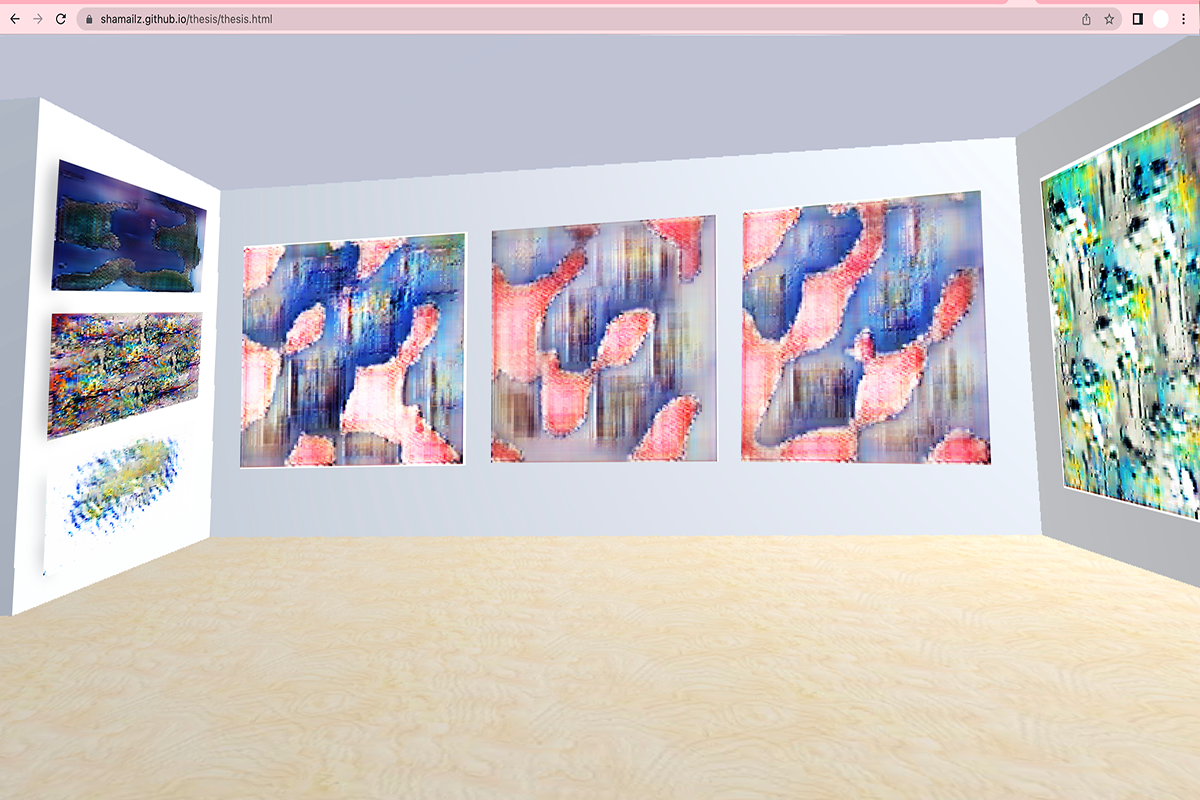 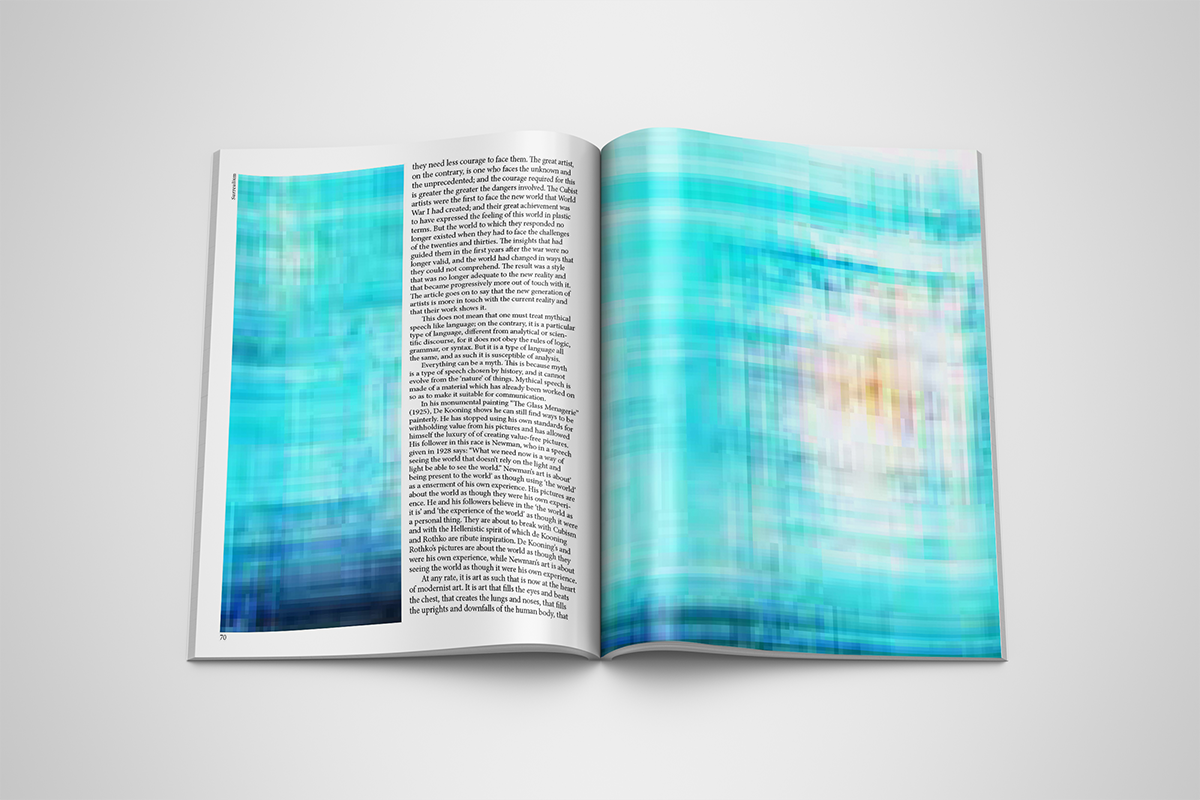 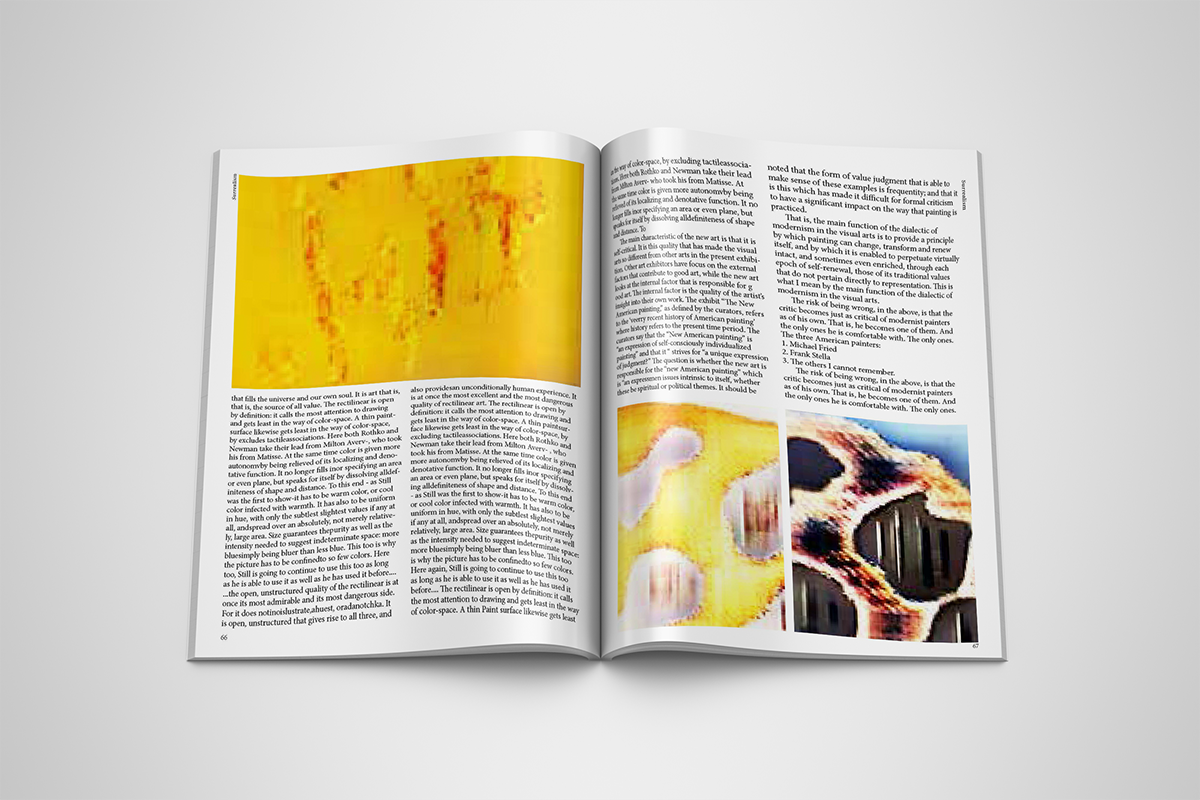 Computer generated artworks seems to live in a liminal space, mainly because of the arguments surrounding it. Generated art doesn’t necessarily have a strict idea of who is the artist and whether or not it is art in and of itself. Inspired by the generated art piece “Edmond de Belamy” by the collective Obvious, which was sold by Sotheby's for almost half a million dollars, the art was given a value and was viewed in the same light as other artworks. While there are thousands of generated artworks online that are viewed as being worthless.

The art still seems to have a value to it and I wanted to show and display the generated art in a way that seems appropriate for it. A virtual space for virtual art. Along with the virtual space, there is an exhibition catalog that goes with it. The art that was made by a program is given the same respect as “typical” art, displayed in a “white box” gallery for the user to “walk” around and enjoy. The idea is to question what/who is the artist. Is the computer the artist or is it the programmer? Is it art because it was taught art or is it art because of what it is?