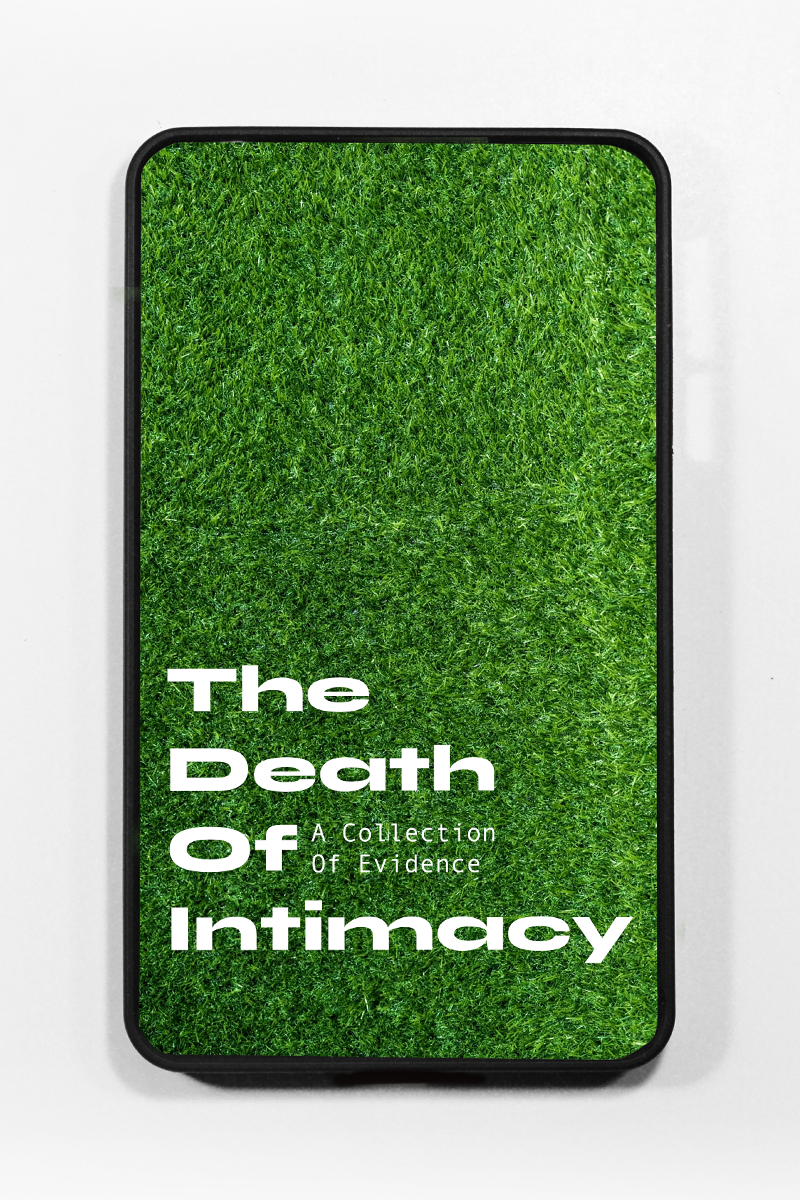 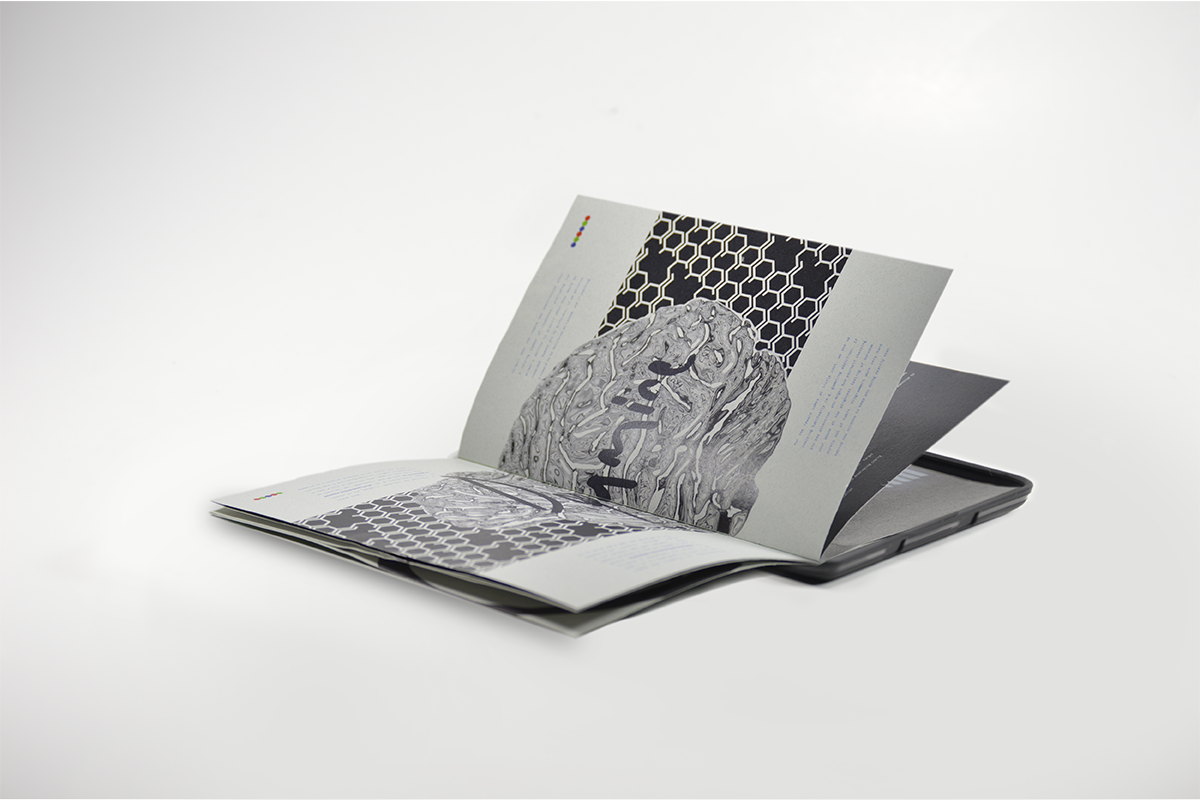 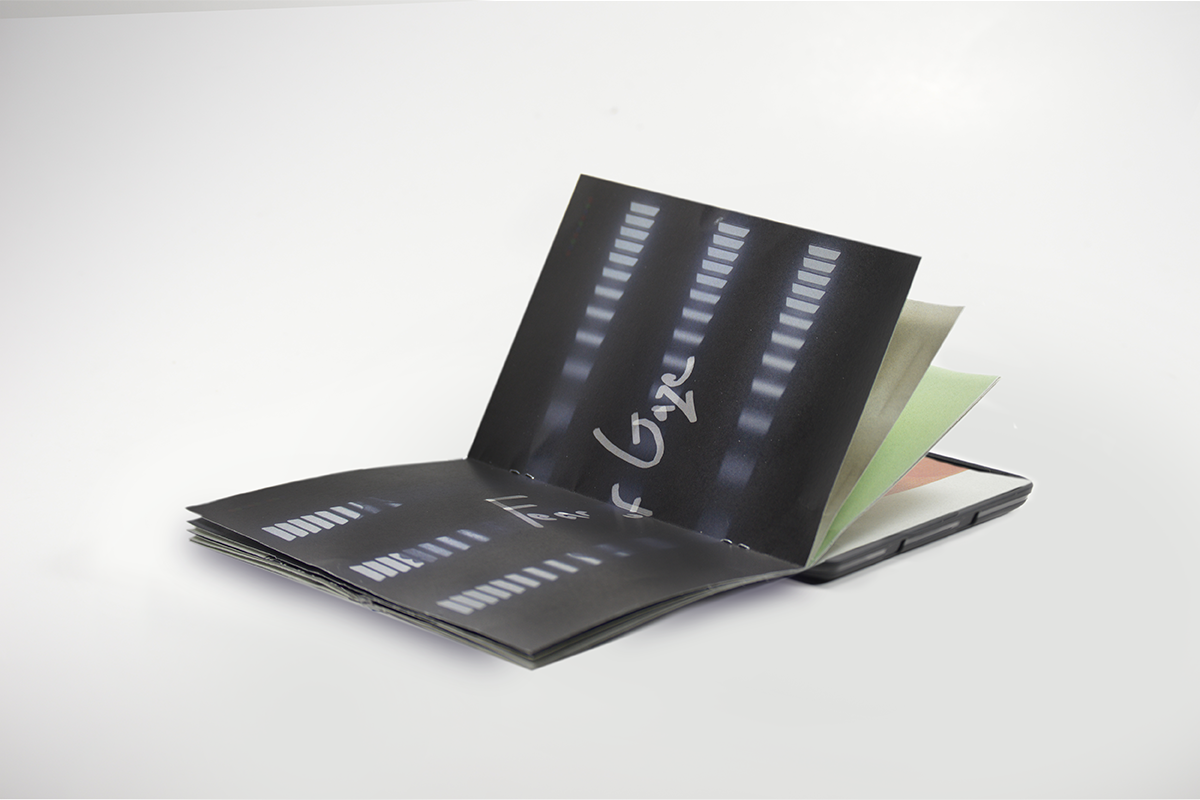 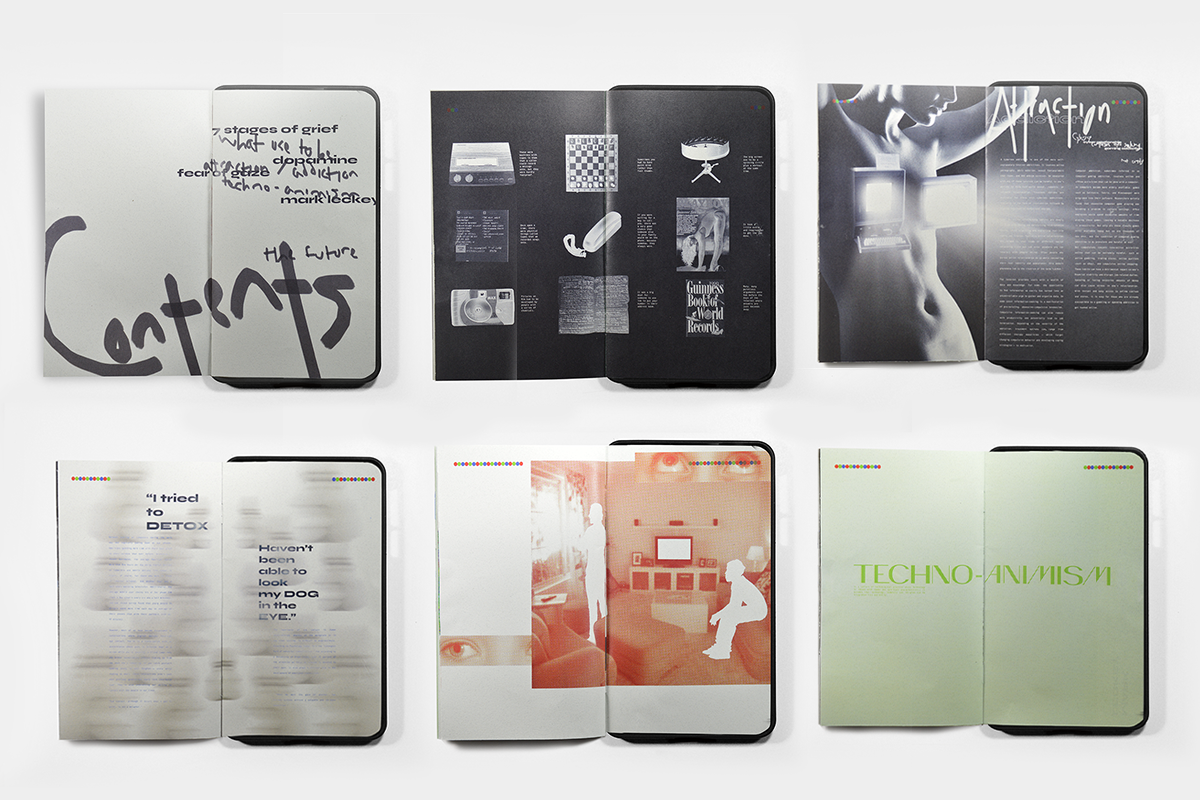 I’ve always been interested in narratives that predict the future, particularly in films that deal with a character’s internal struggle rather than a grand spectacle of a neon city and flying cars. Most of these future-focused narratives have kind of cheated by pretty much describing to us what our own futures are bound to look like if we just follow the designs, systems, societal norms, aesthetics, etc., that have been documented on camera for us in the last fifty years by minds that have conjured these ideas through their own developing timelines. Rapid escalation of social media and entertainment have helped in slowly forming sociopathic identities in ourselves. How lost would we be if all these screens were to just… disappear?

This zine compiles information that breaks down how users overtime disconnect from the physical, both manual forms of technology and from empathy. My process began with compiling the essential tools that were the predecessors to what phones and tablets provide for us, and discussing the many screen addictions that have resulted in that shift. I found myself discovering new beliefs that further prove the detachment of our gaze. In an interview with British artist Mark Leckey he speaks on his work focusing on the idea of techno-animism, how we would revert back to our primal states, lacking human emotion. With the context screens damaging our personalities it drove me to render a subtle moment of disconnect in an ordinary situation, depicting the hollowness of ourselves avoiding simple contact.