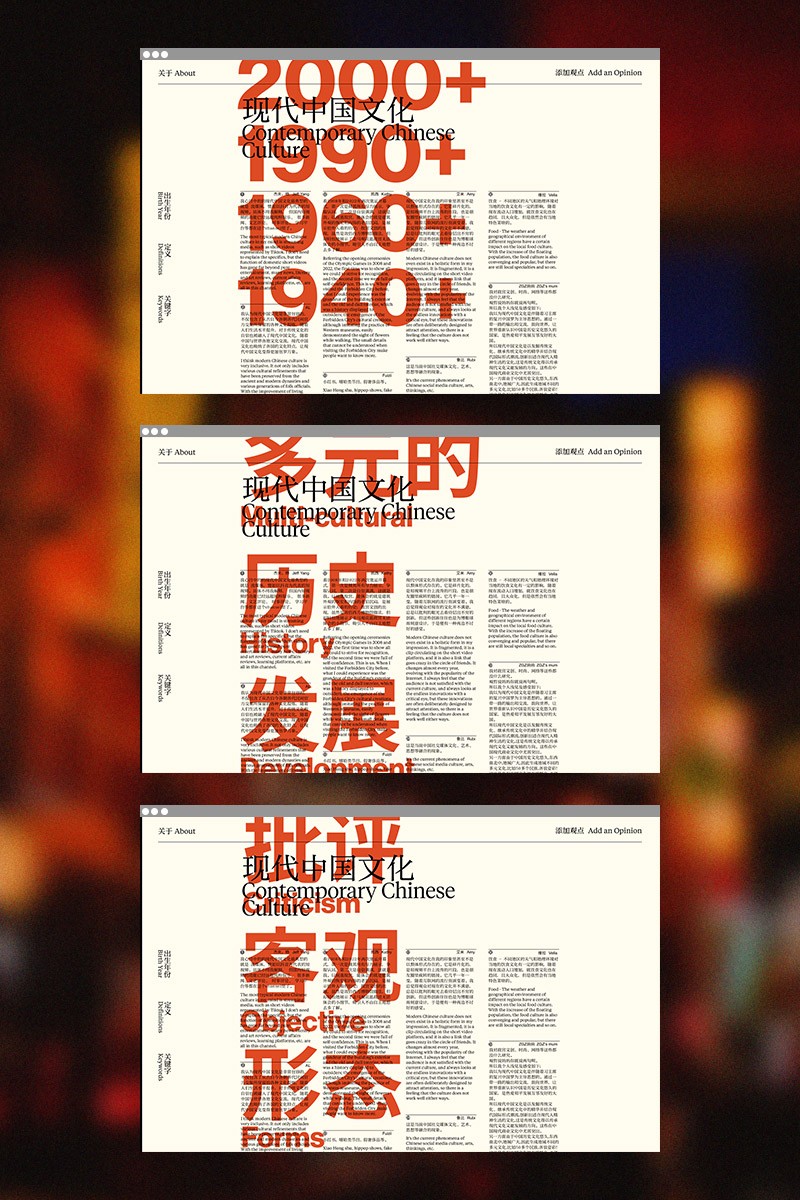 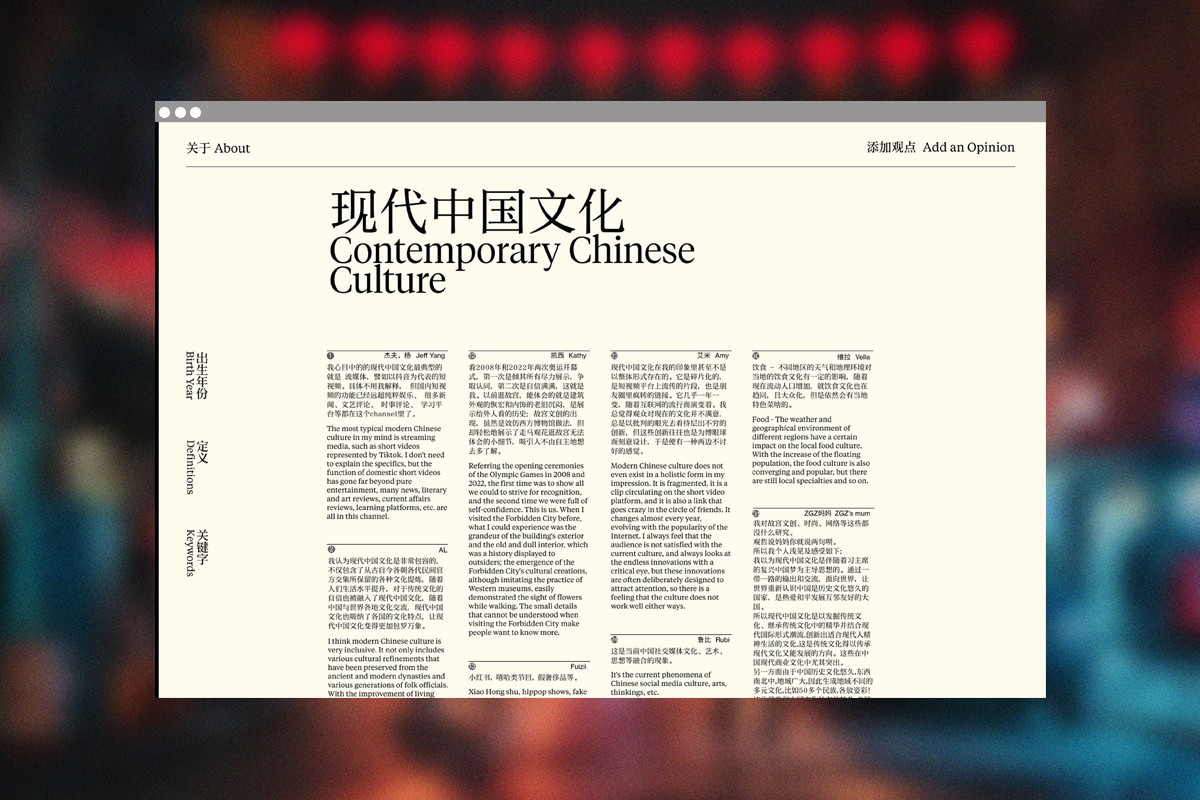 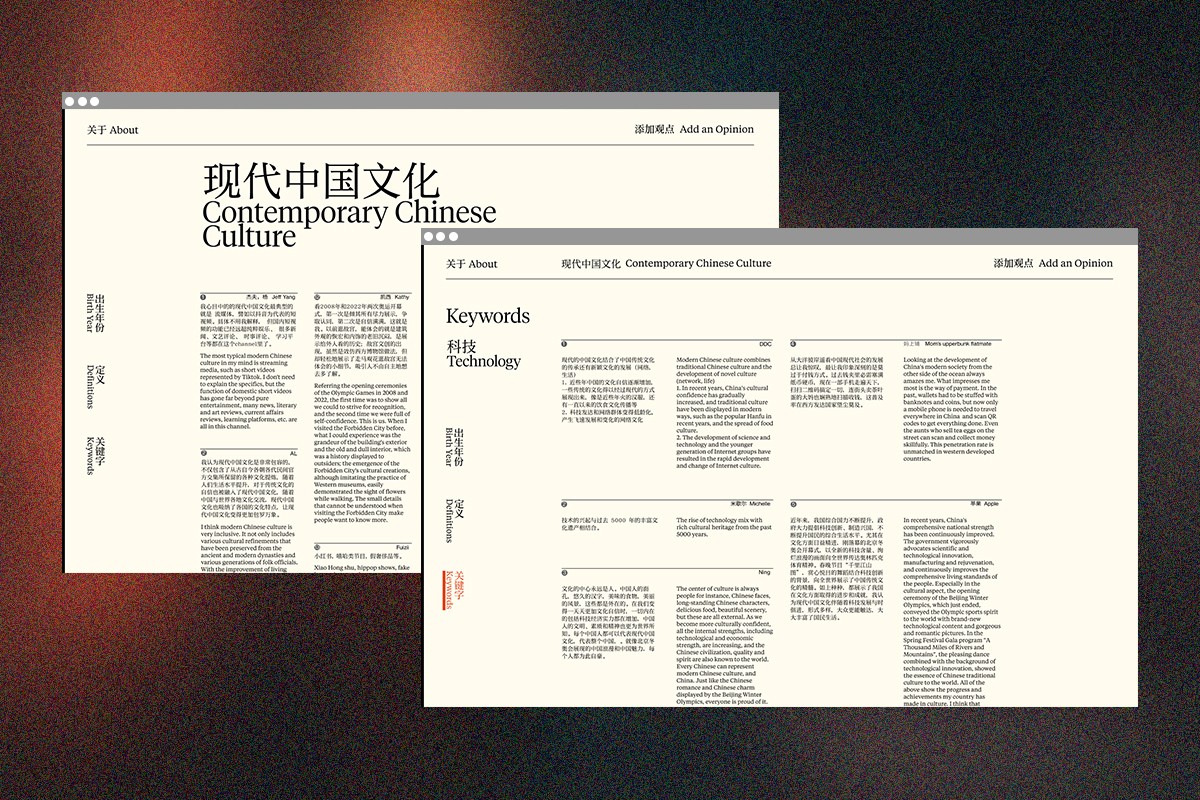 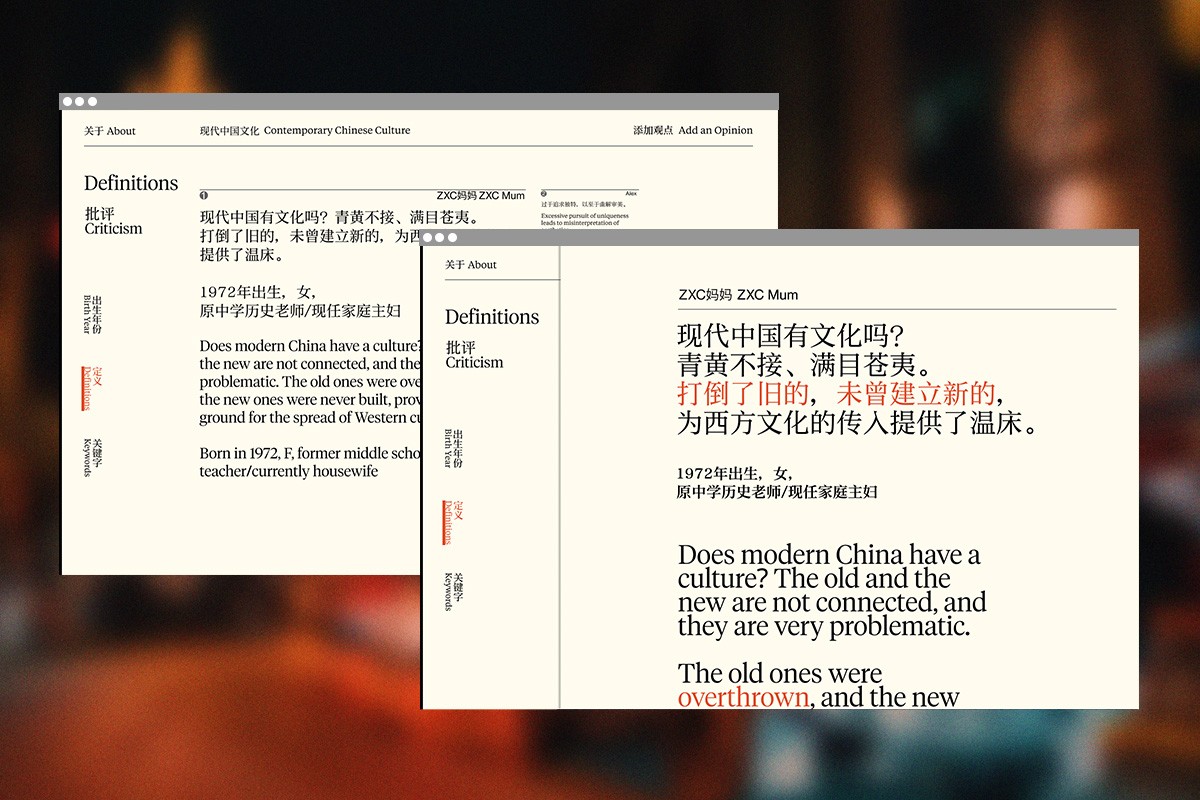 China has a history of over 3500 years. Throughout this time, traditional styles of literature, Hanfu, music, technology and so on were developed. However, more recently technology has evolved but the style has not; for example, letterpress replaced handwriting in mass production, but the Chinese styles has remained the same, unlike in Western cultures. The focus shifts between preserving traditional style, and being influenced by other cultures, which results in a weak aesthetic. One example would be how Chinese digital typefaces such as Songti and Heiti struggle to develop while English typefaces have a lot of variations. Chinese culture and Chinese style struggles to take form, to break through its old form and be reborn. This site allows viewers to explore the submitted comments progressively from a birds-eye-view to more focused, individual perspective.