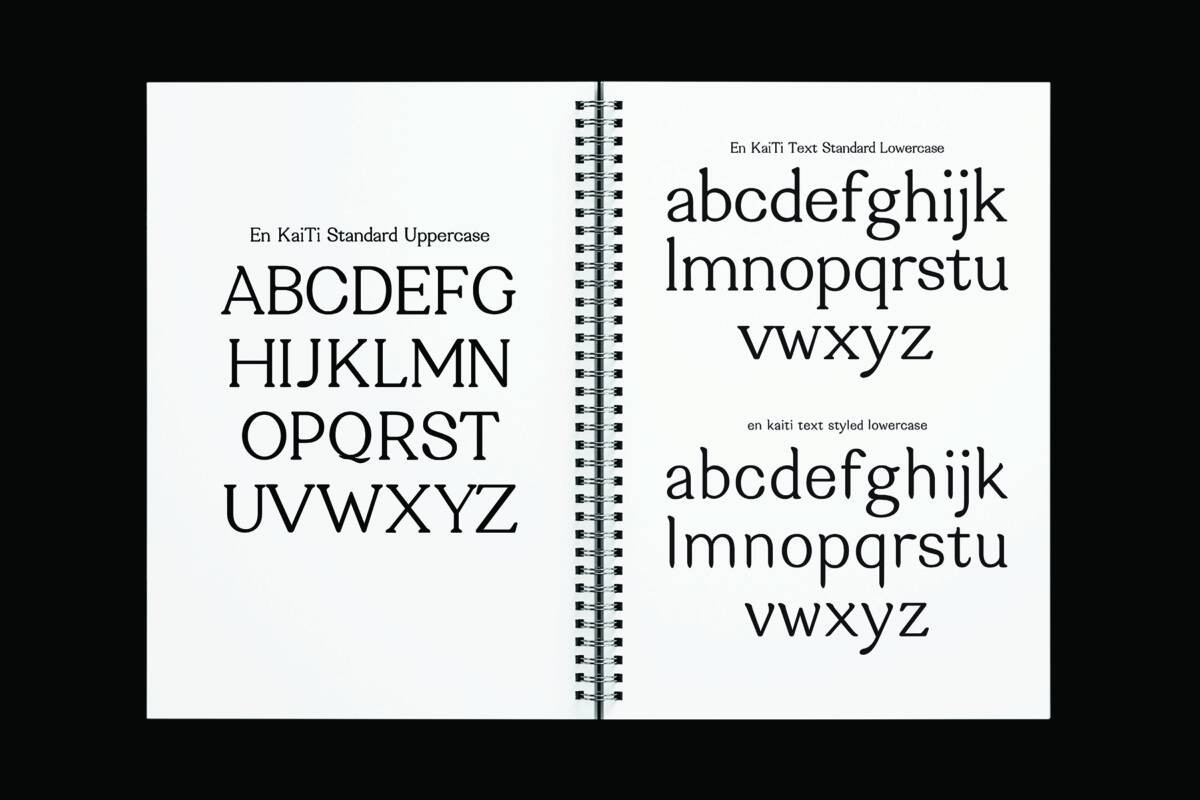 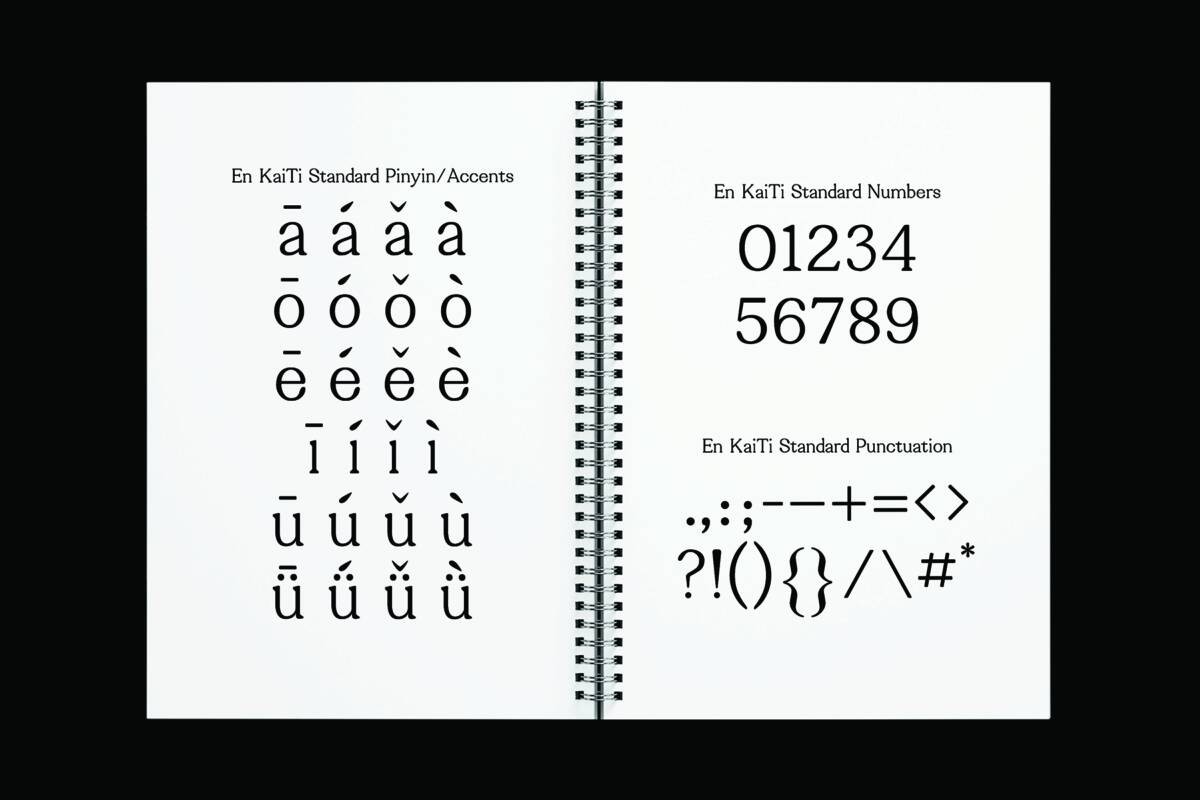 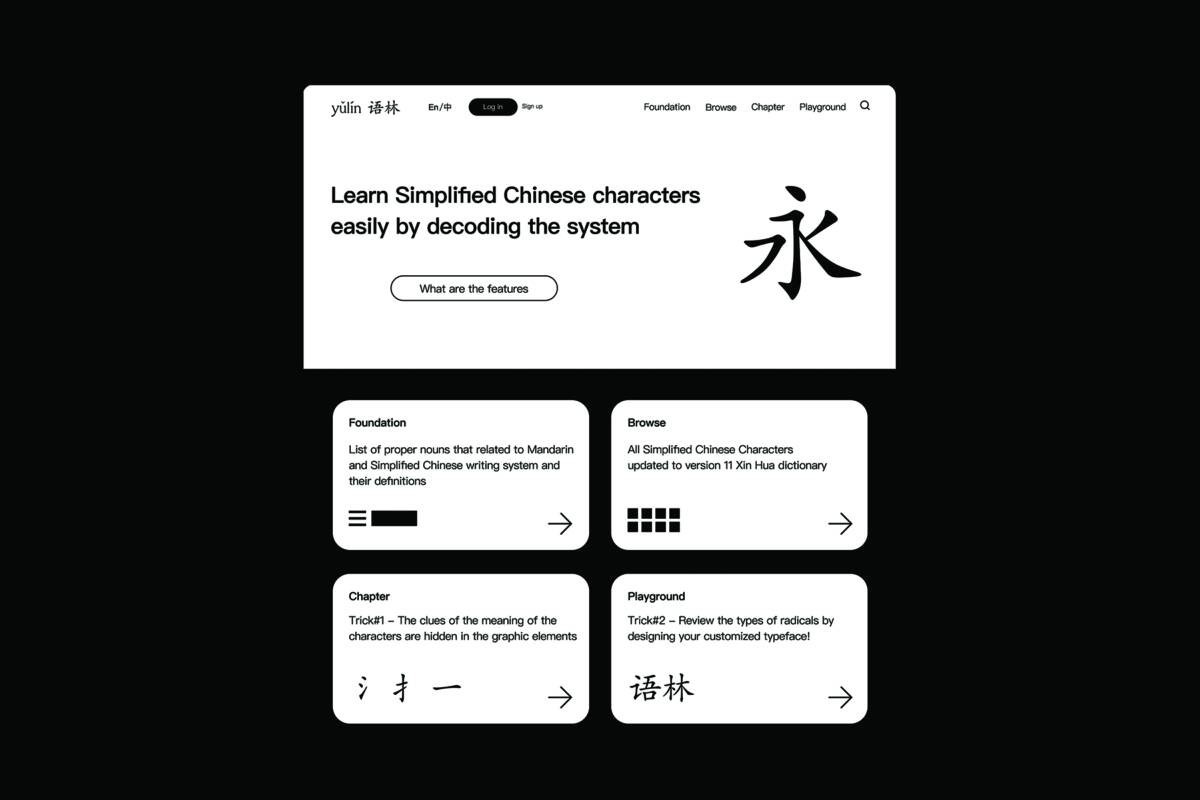 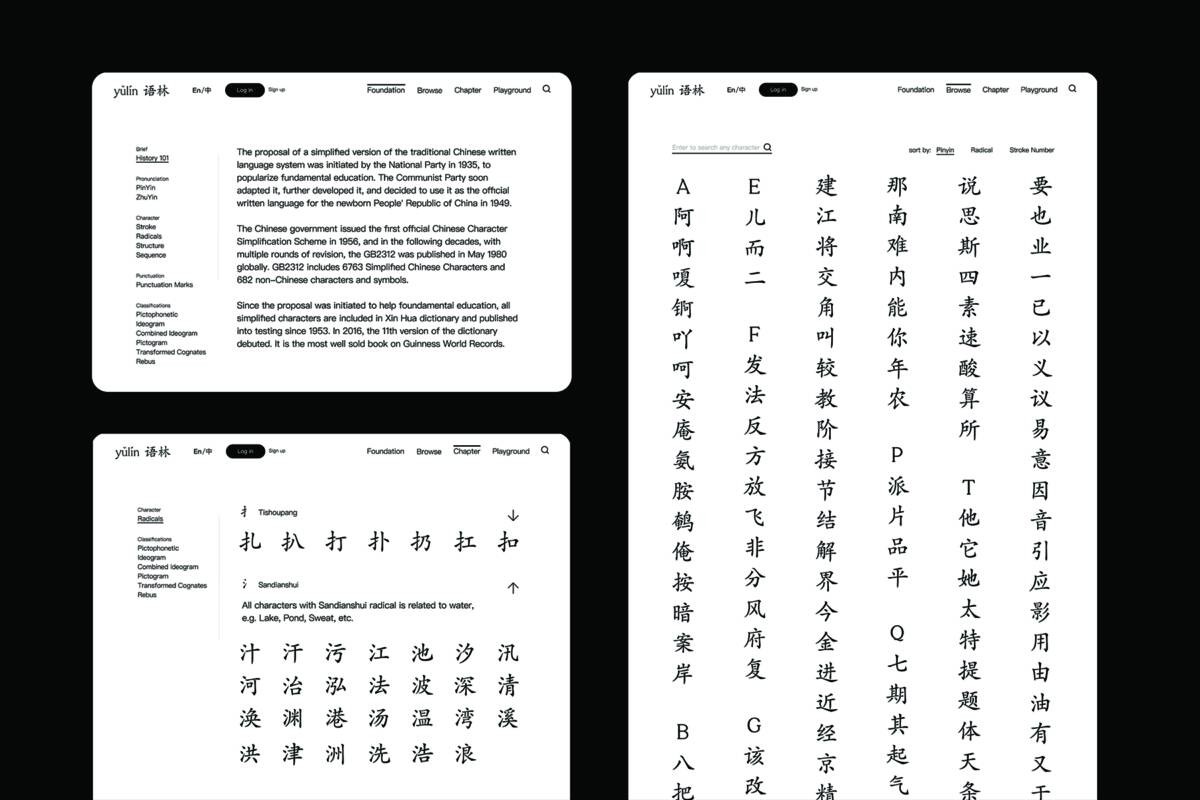 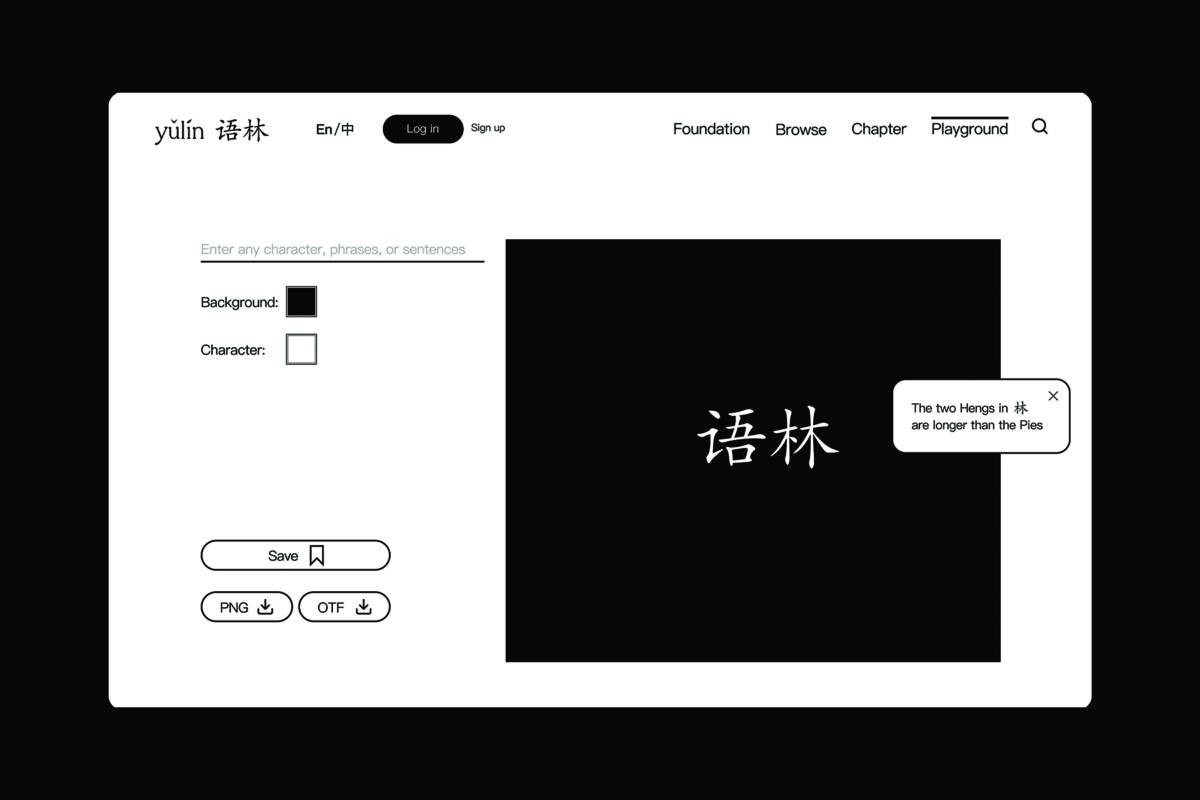 中⇌EN Language is the bridge for all communication. It can be further digest by pronunciation, which is sound, and written letters and characters, which are shapes. Interested in the forms of written languages, permutations of shapes and semiotics, I explored the graphic design conversion between Simplified Chinese and English. My experiment has two phases differentiated by design concept directions. The first direction is from Simplified Chinese-to-English, where I designed En KaiTi, a Latin typeface, using the stroke pattern from the Simplified Chinese textbook typeface, HuaWenKaiTi. My typeface includes all uppercase and lowercase letters, numbers, punctuations for both language systems and pinyin accents, the pronunciation system of Mandarin. The second direction is from English-to-Simplified Chinese. I built a website, yulin, for people to learn Simplified Chinese by decoding the rules within Simplified Chinese writing systems. With detailed information in character radicals, writing sequence, evolution history, and pronunciation, the platform contains the knowledge to benefit users with all levels. Further inspired by the concept of dictionary and archive, the website is initiated as a platform to digest information on users' own pace and have fun while learning.