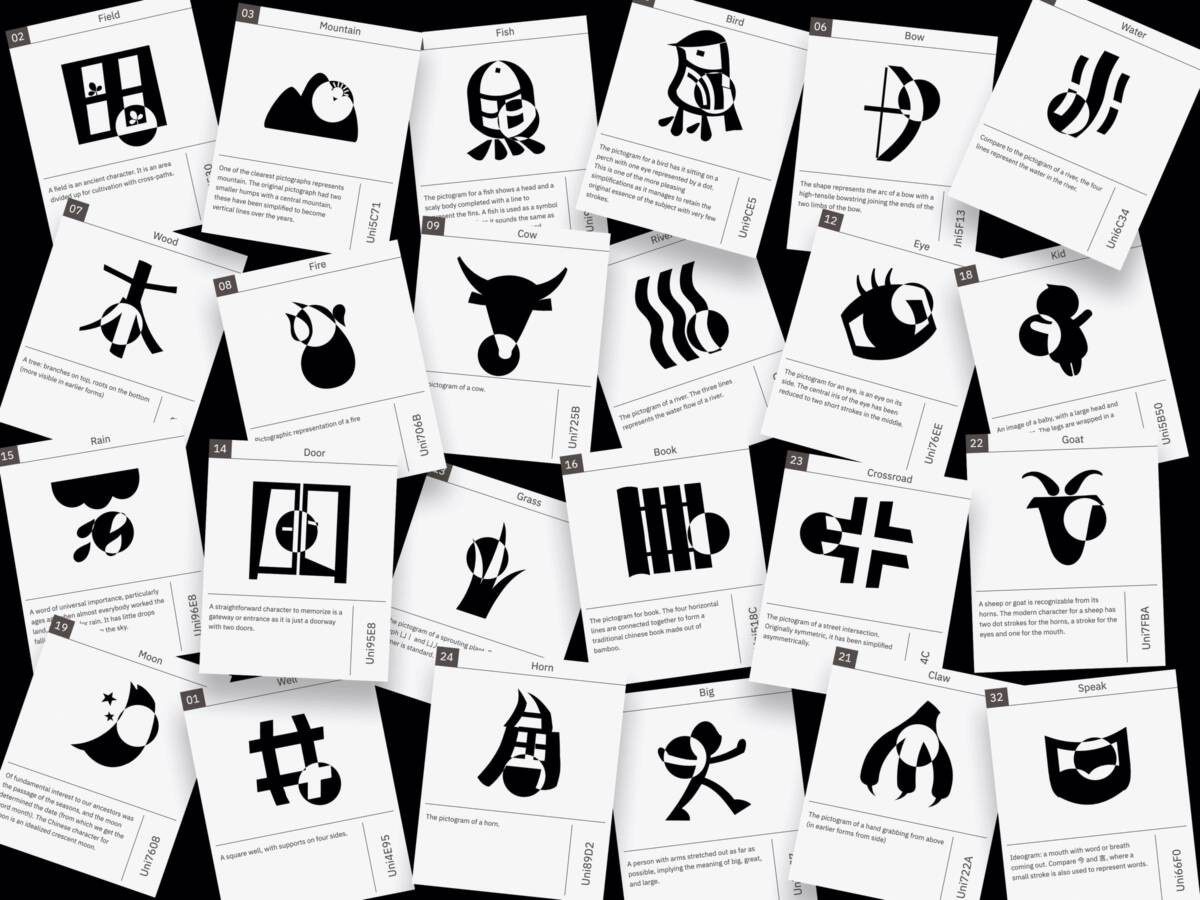 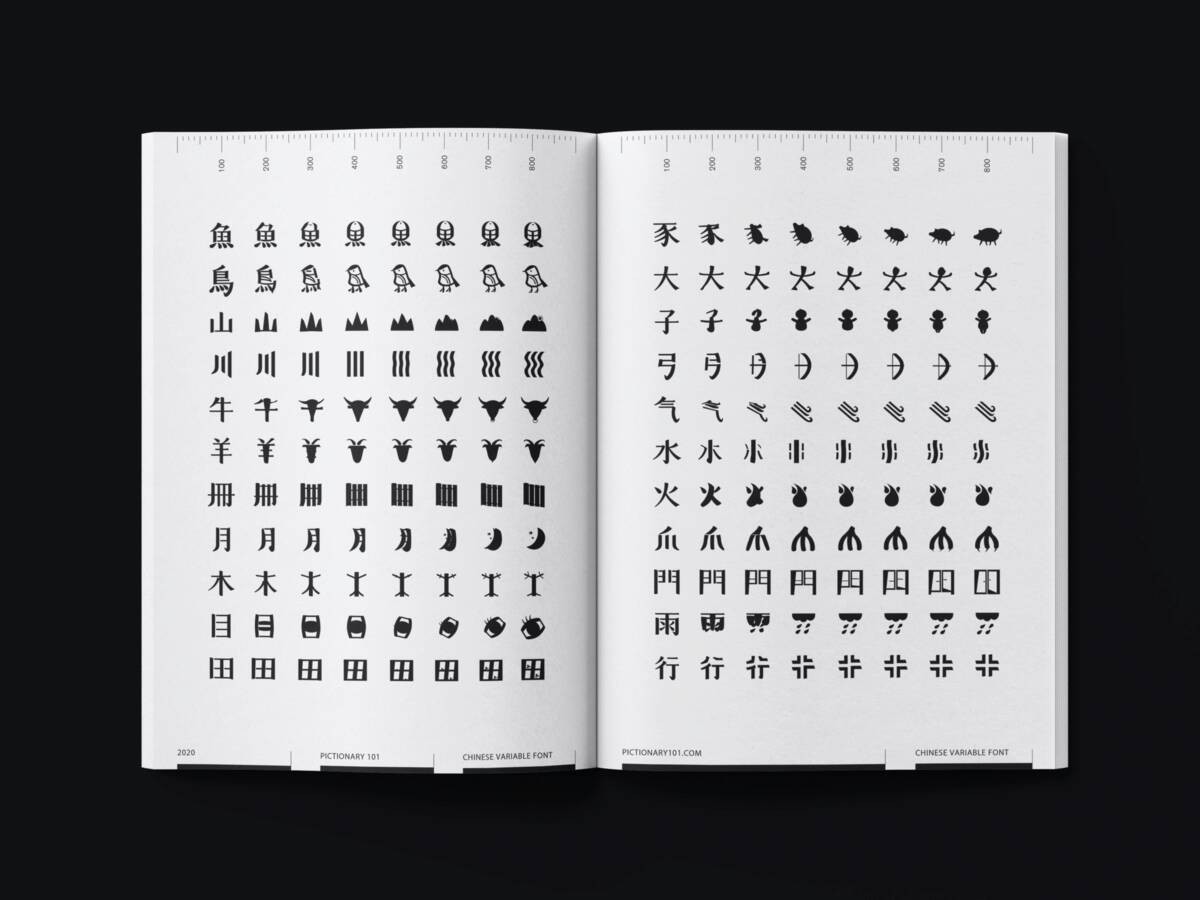 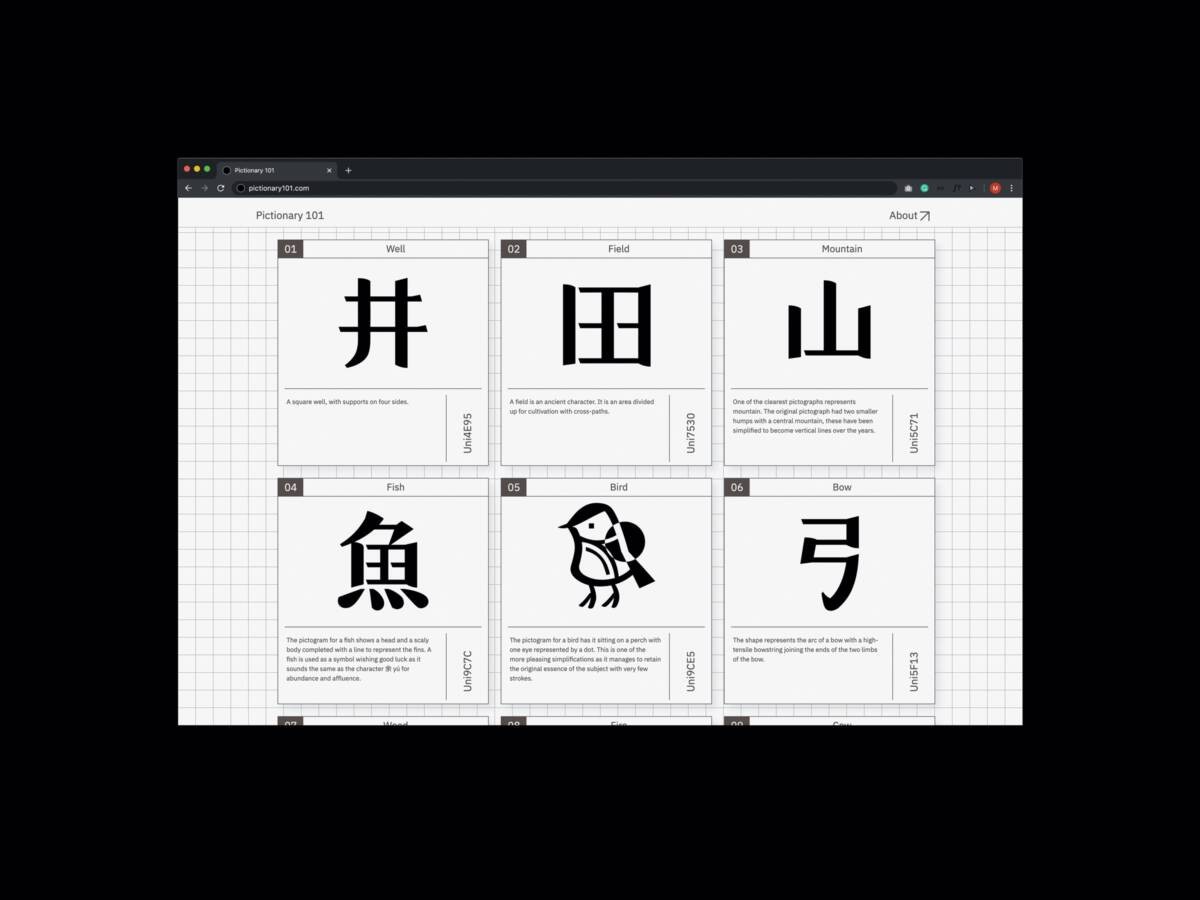 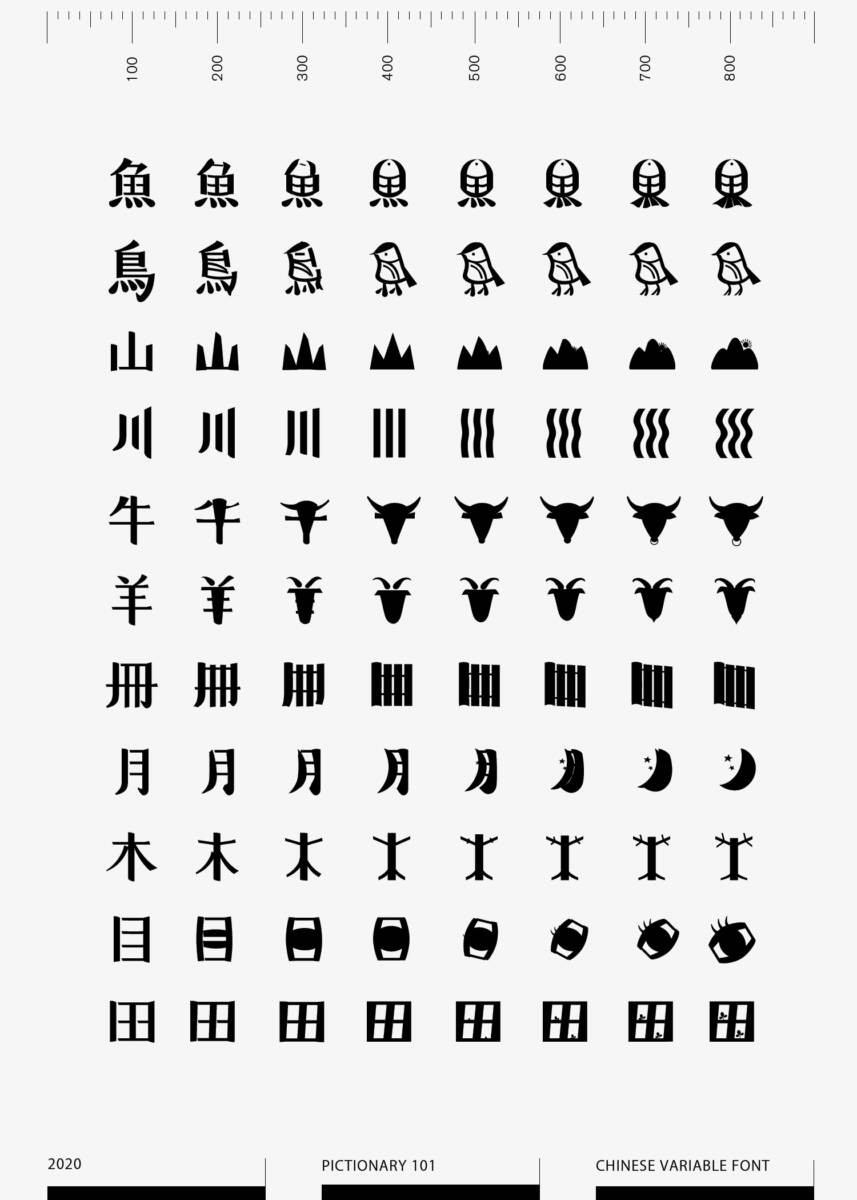 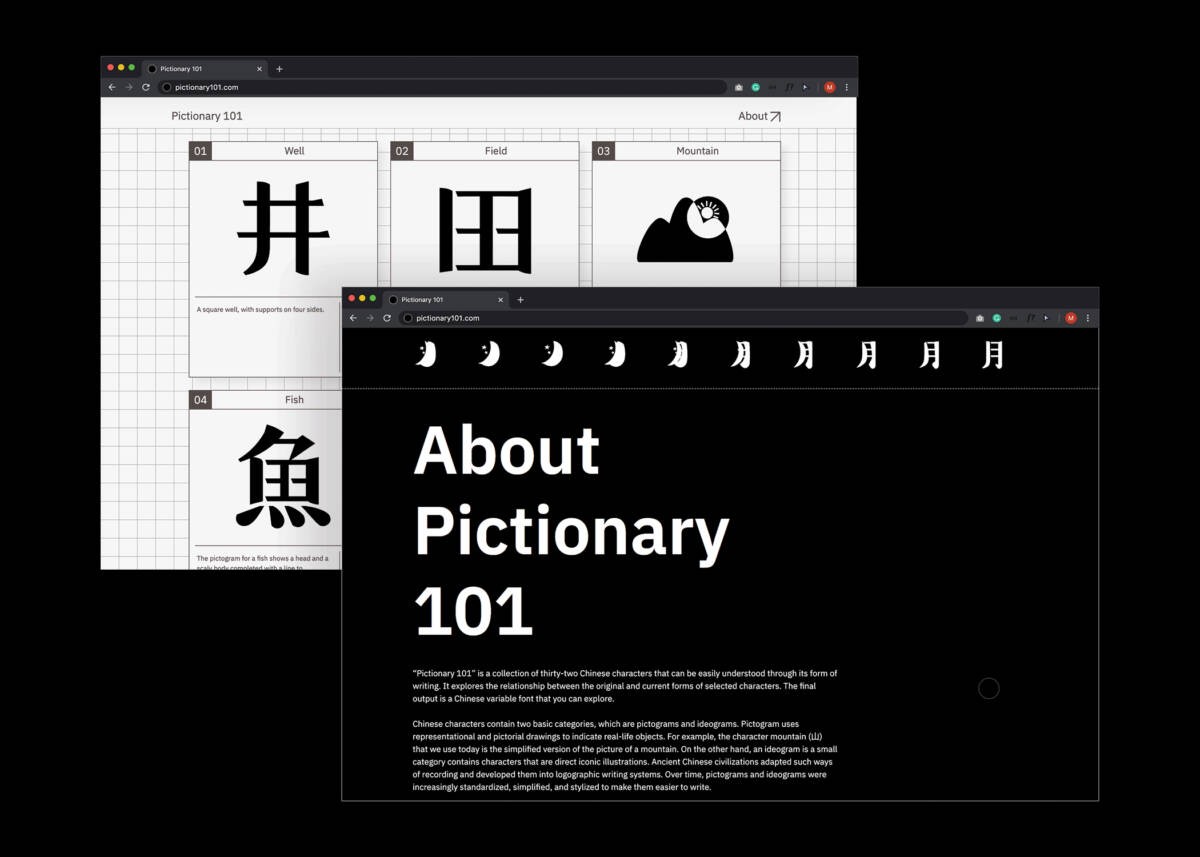 Pictionary 101 is a collection of thirty-two Chinese characters that can be easily understood through the form of the characters. It explores the relationship between the actual and writing form of the object. The transition was created using variable font technology. Chinese characters contain two basic categories, which are pictograms and ideograms. Pictogram uses representational and pictorial drawings to indicate real-life objects. For example, the character mountain (山) is the simplified version of the drawing of a mountain. On the other hand, an ideogram is a small category that contains characters from direct iconic illustrations. Ancient Chinese civilizations adapted such ways of recording and developed them into logographic writing systems. Over time, pictograms and ideograms were gradually standardized, simplified, and stylized to make them easier to write.

For those who are not native Chinese, learning Chinese can be challenging. However, if Chinese-learners start by understanding how a character is formed, it will be easier for them to learn and communicate. Pictionary 101 is a starting point where I connect complicated forms to its original picturesque presentations. They can be understood as combinations of strokes but can also be viewed as drawings that were gradually simplified for easier communication over time. After understanding the illustrative transitions, it would be a lot easier for anyone to learn.