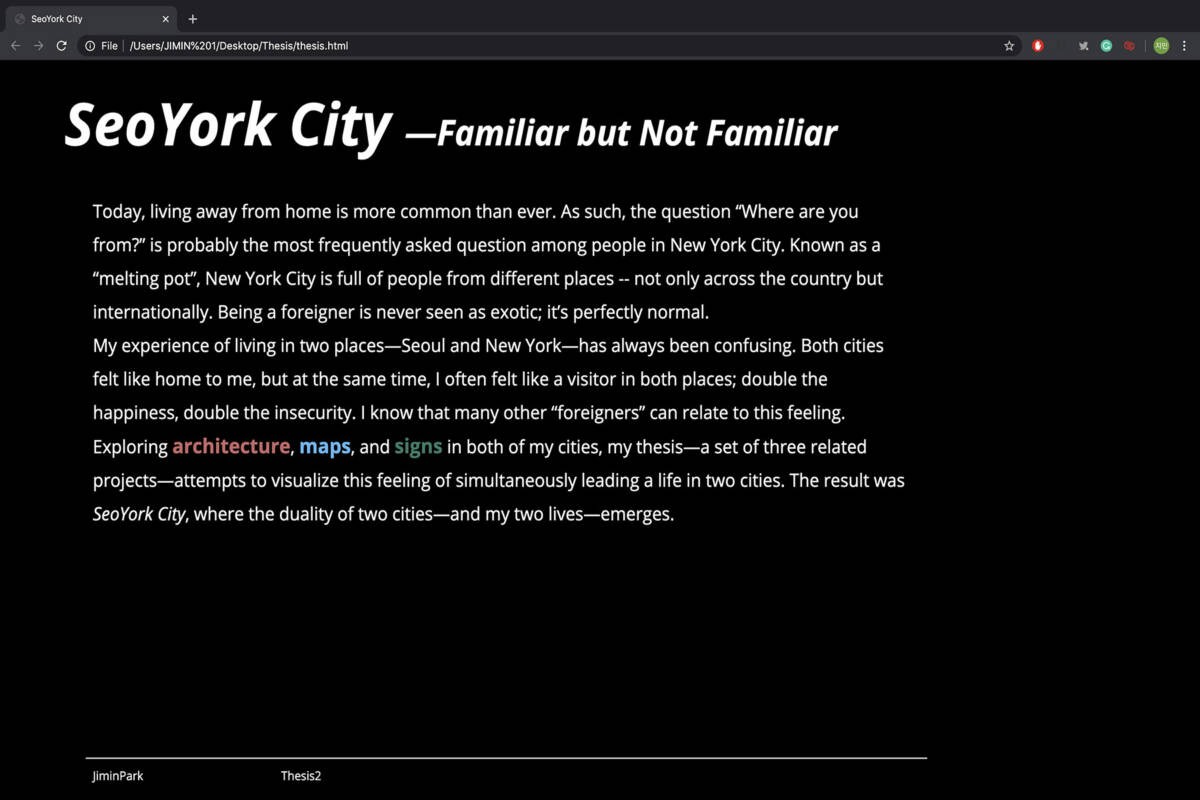 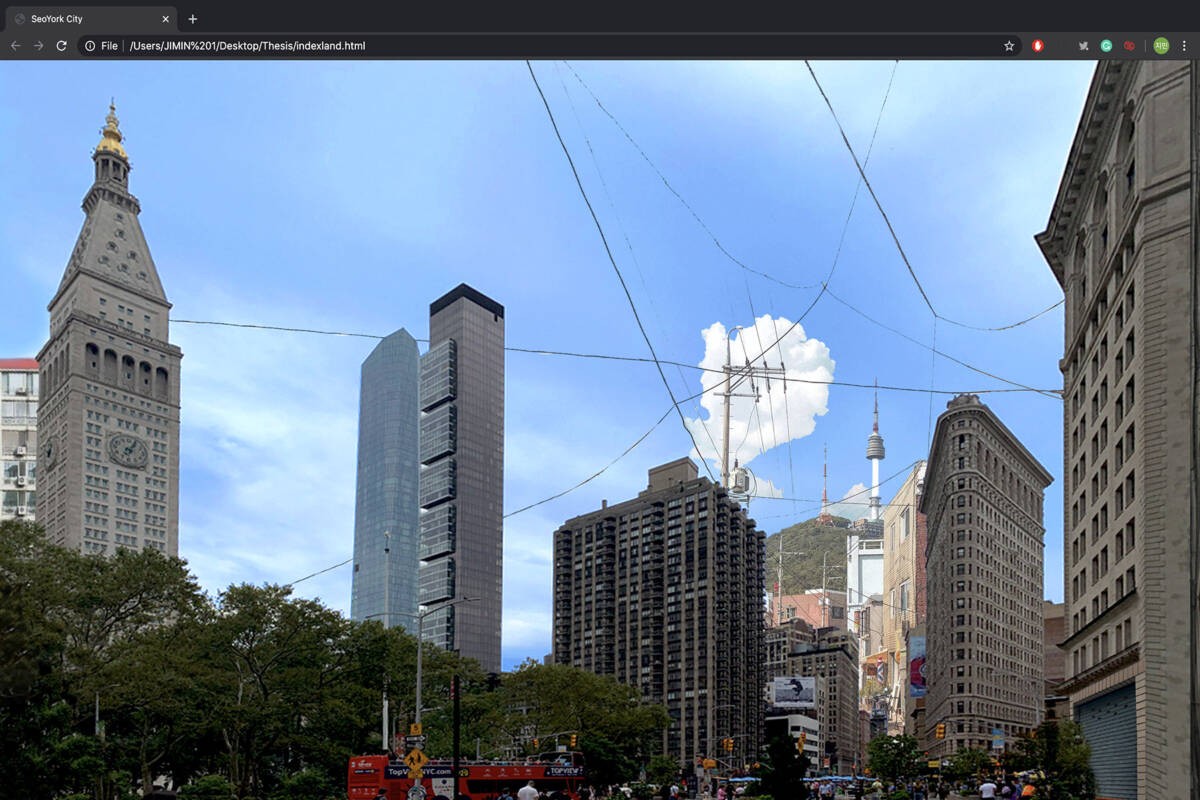 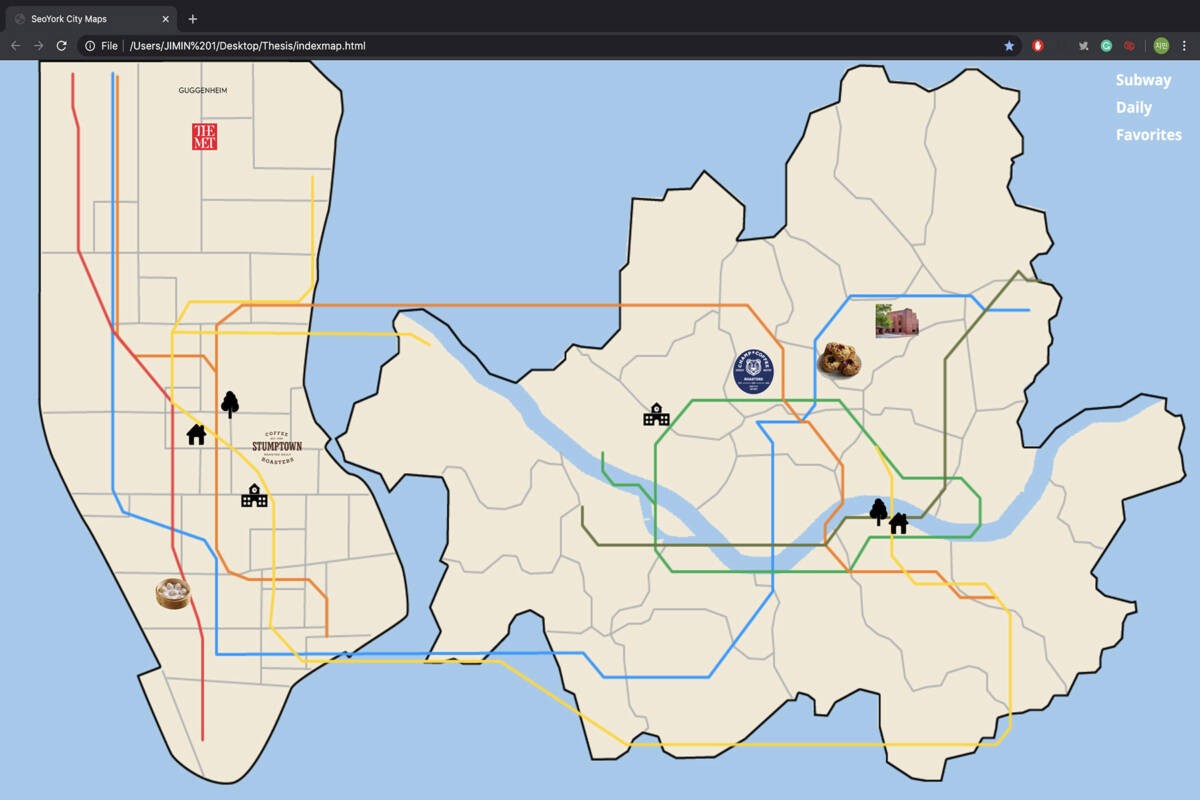 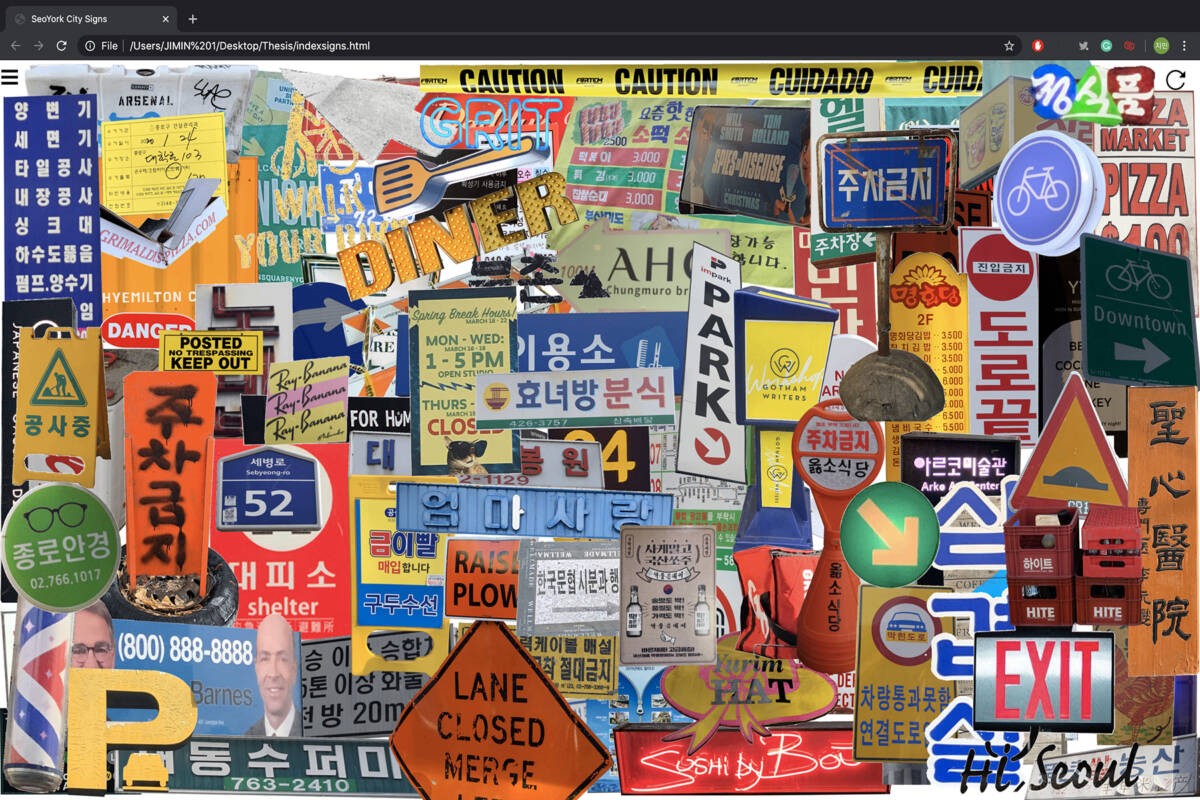 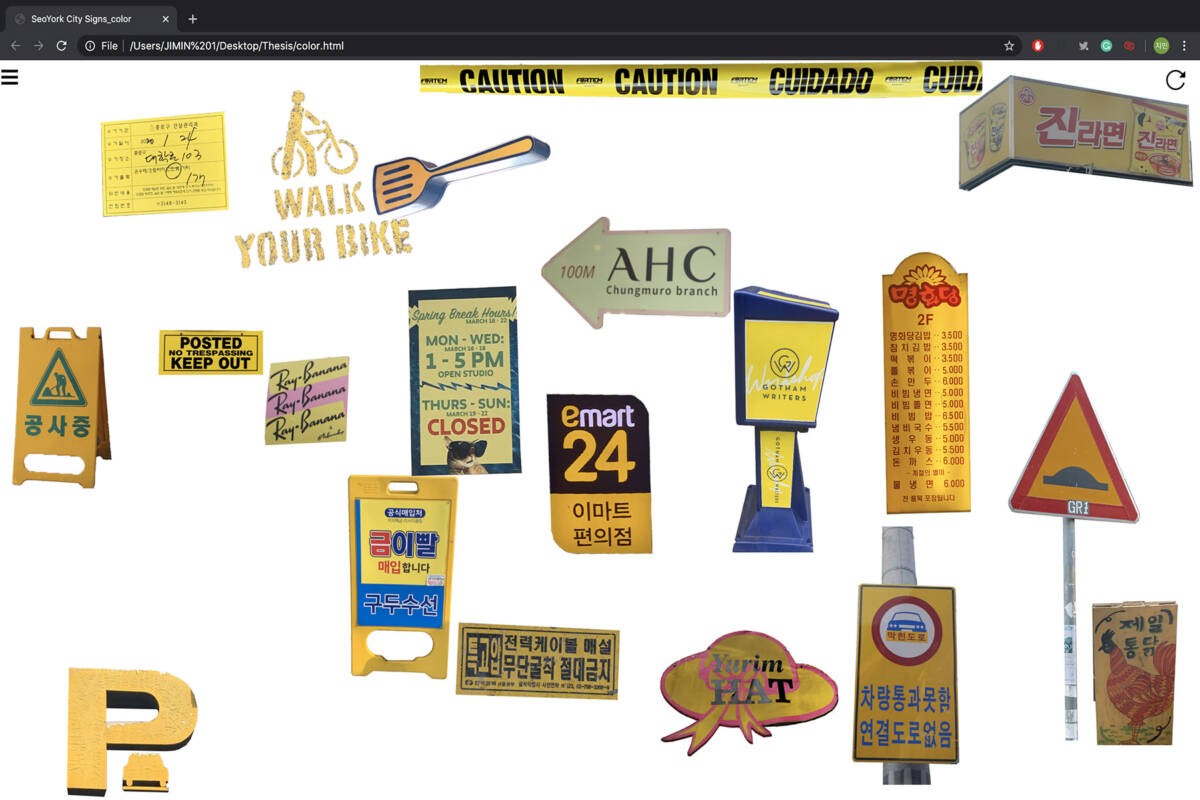 Today, living away from home is more common than ever. As such, the question “Where are you from?” is probably the most frequently asked question among people in New York City. Known as a “melting pot,” New York City is full of people from different places, not only across the country but internationally. Being a foreigner is never seen as exotic; it’s perfectly normal. My experience of living in two places—Seoul and New York—has always been confusing. Both cities felt like home to me, but at the same time, I often feel like a visitor in both places; double the happiness, double the insecurity. I know that many other “foreigners” can relate to this feeling. Exploring architecture, maps, and signs in both of my cities, my thesis—a set of three related projects—attempts to visualize this feeling of simultaneously leading a life in two cities. The result was SeoYork City, where the duality of two cities—and my two lives—emerges.