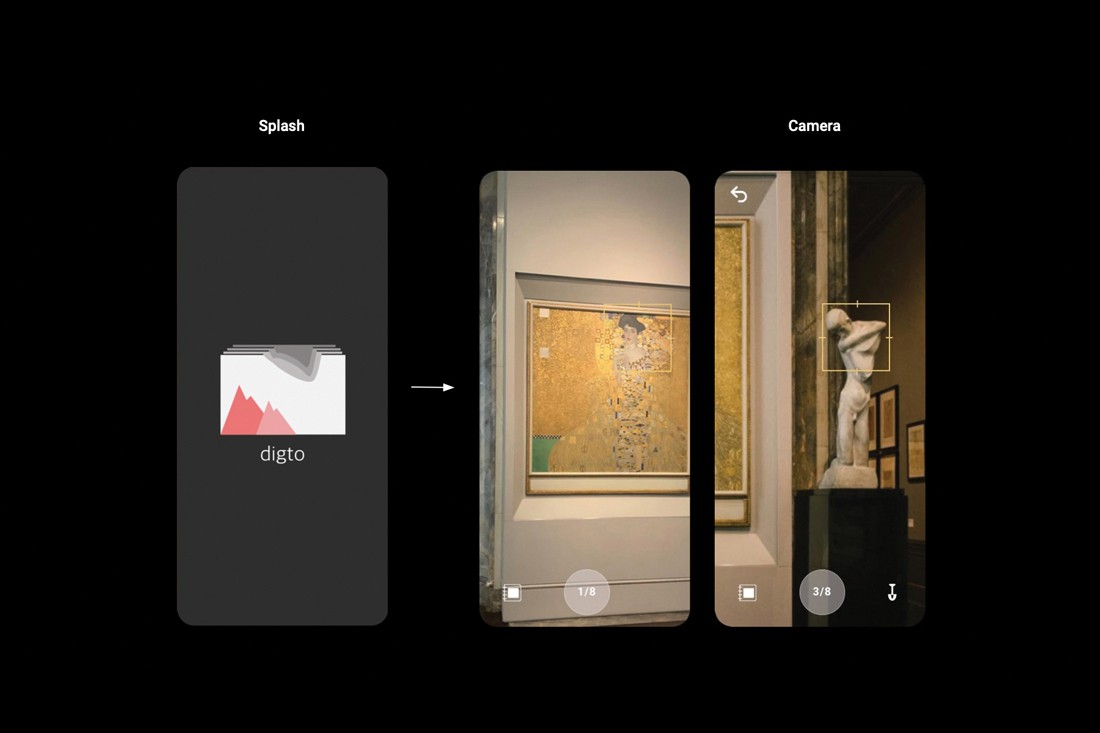 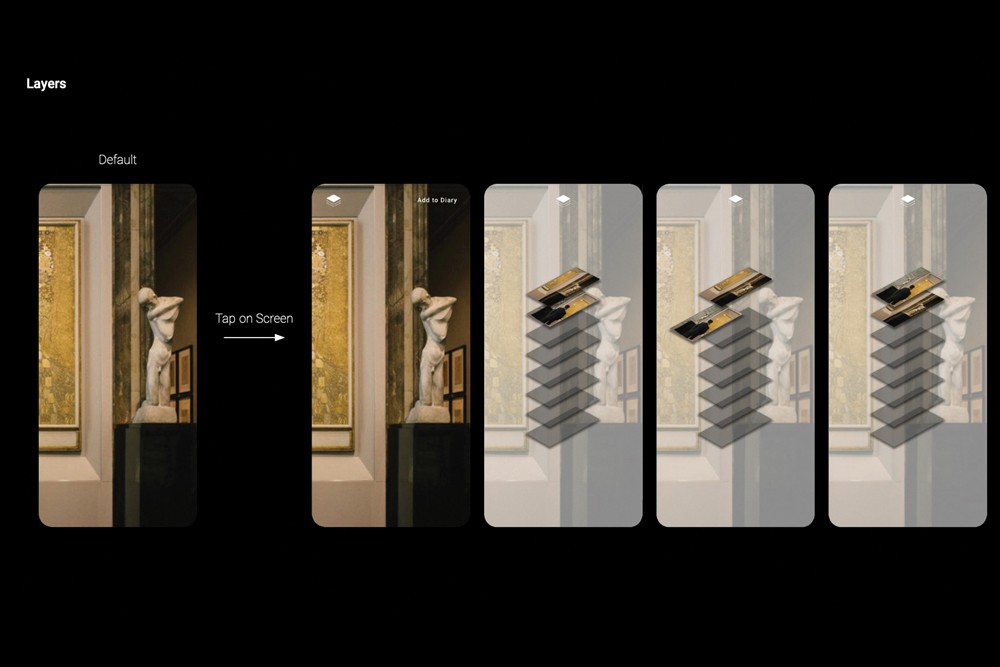 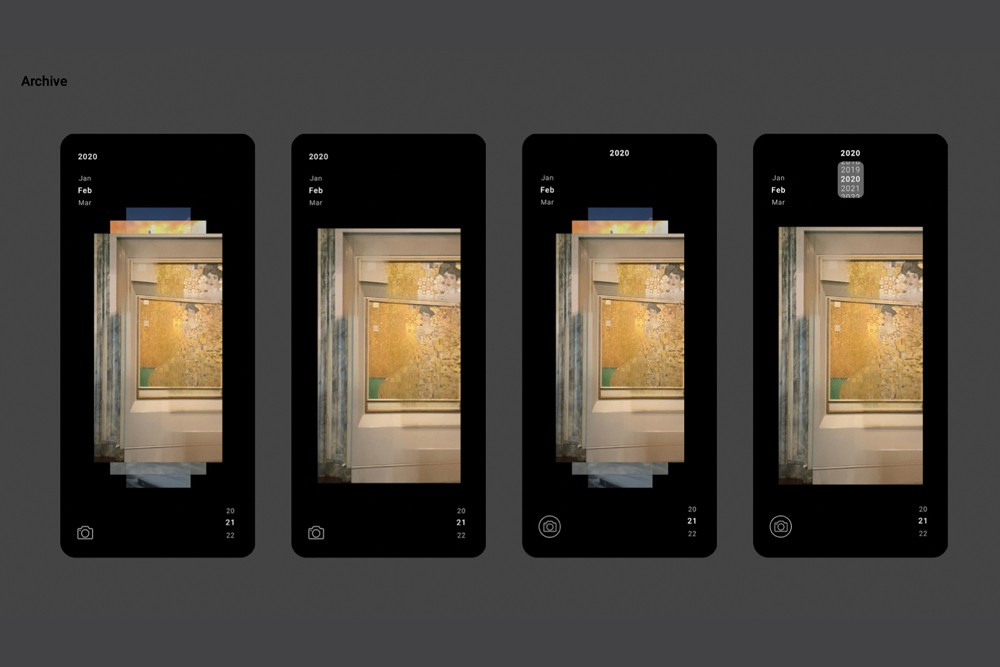 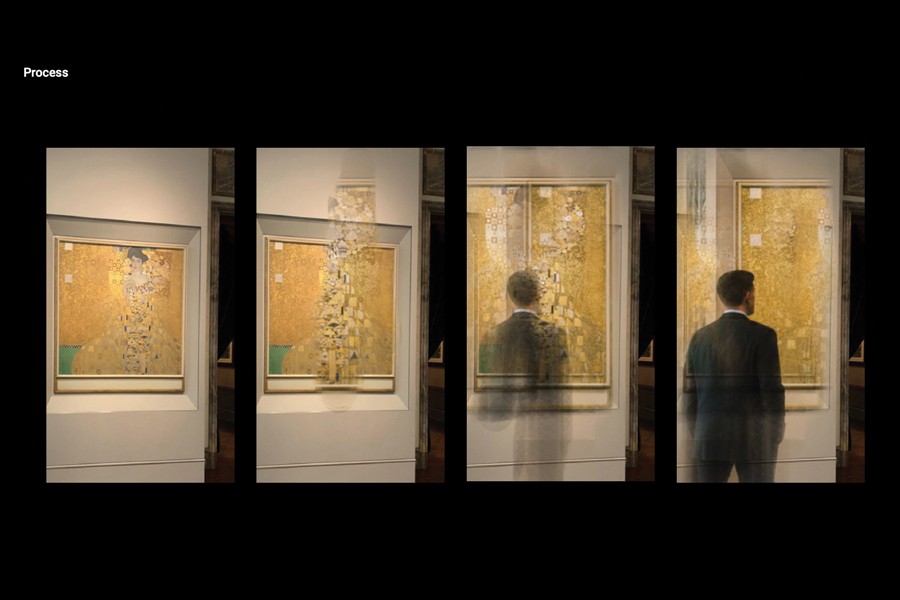 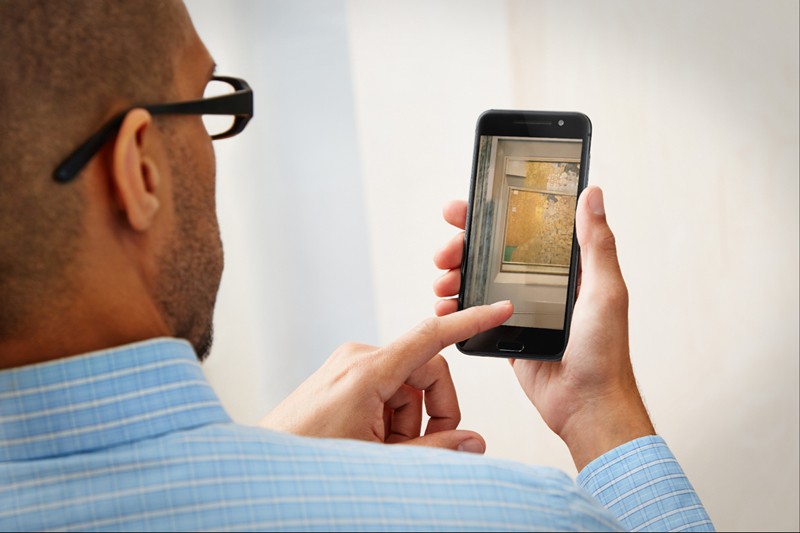 What is Dansaekhwa? Dansaekhwa, directly translated to English, means monochrome painting in Korean. In the 1970s, the first generation Dansaekhwa artists, emerged to challenge the normative, more pictorial aesthetics of painting. The artists practice repetitive processes during the painting to find truth and zen in mind. Park Seo-bo, the master of Dansaekhwa, often repetitively layers paints and papers, then carves the stack with different thickness of pencils. He believes the canvas is a place to empty one’s mind, and the result is the record of the meditative action. Hence, Dansaekhwa has its value not only in its aesthetics but also in the process of creation.
Inspired by the philosophy of Dansaekhwa artists, Digto is an app that allows users to stack photos and dig each through each layer in a meditative act through. Users can use both live and archived photos and select different tools to dig through the photos. During the process, users will interact directly with the photos, and can save a new still imagecreated from the action. Also, users can choose to record the full process of digging through photos and save them as moving, transforming imageswell. Through the experience of altering the photos, users will not only be able to create surprising outcomes, but also find zen in the moment.