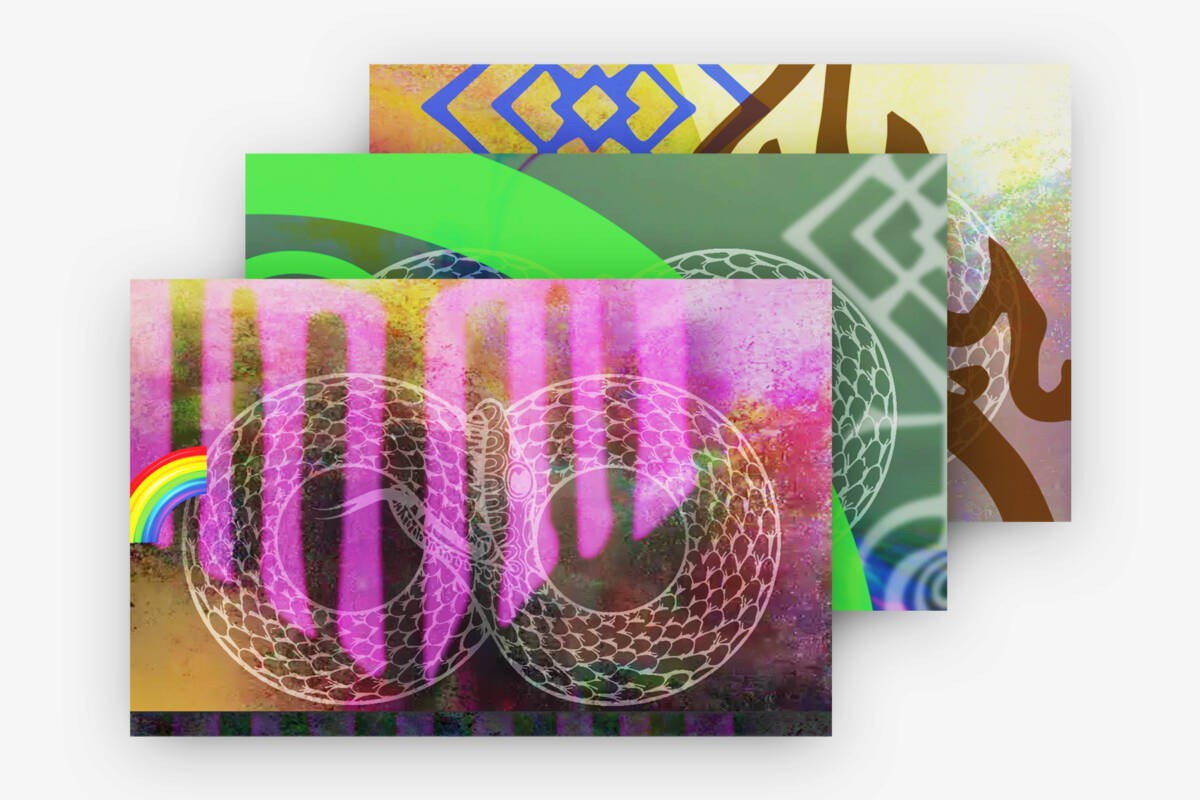 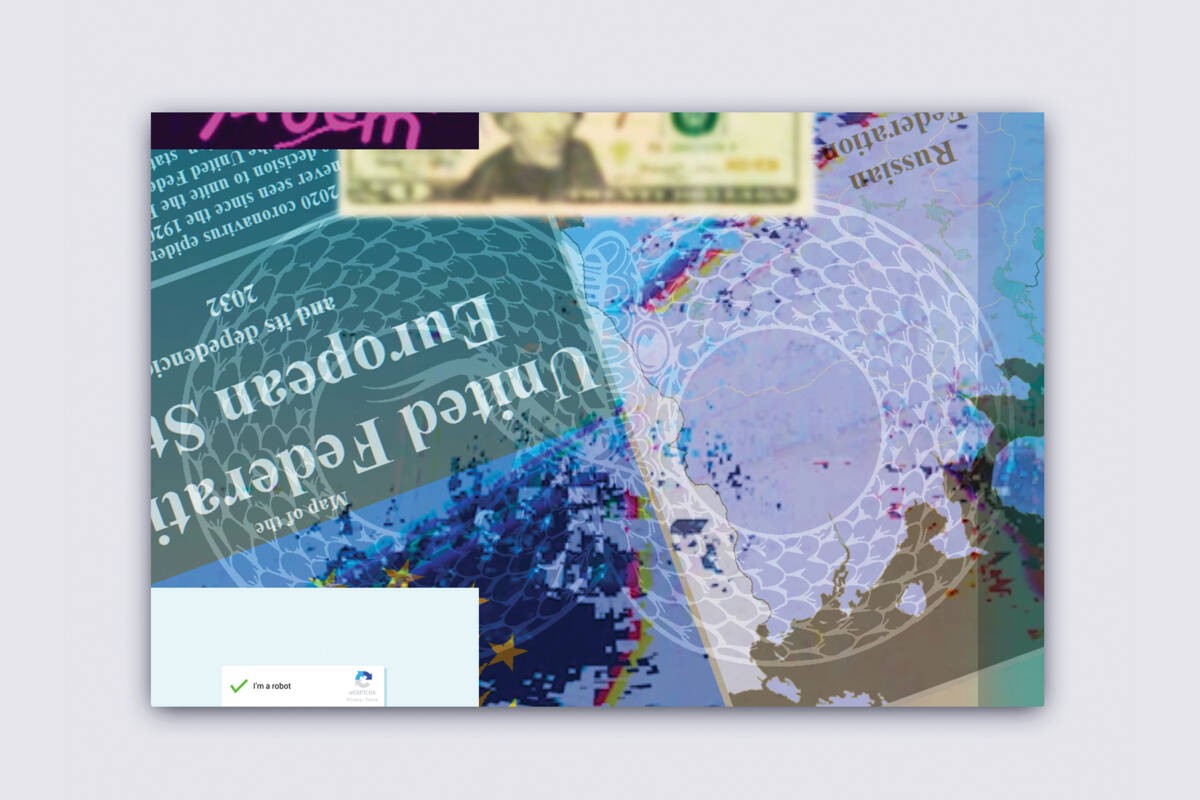 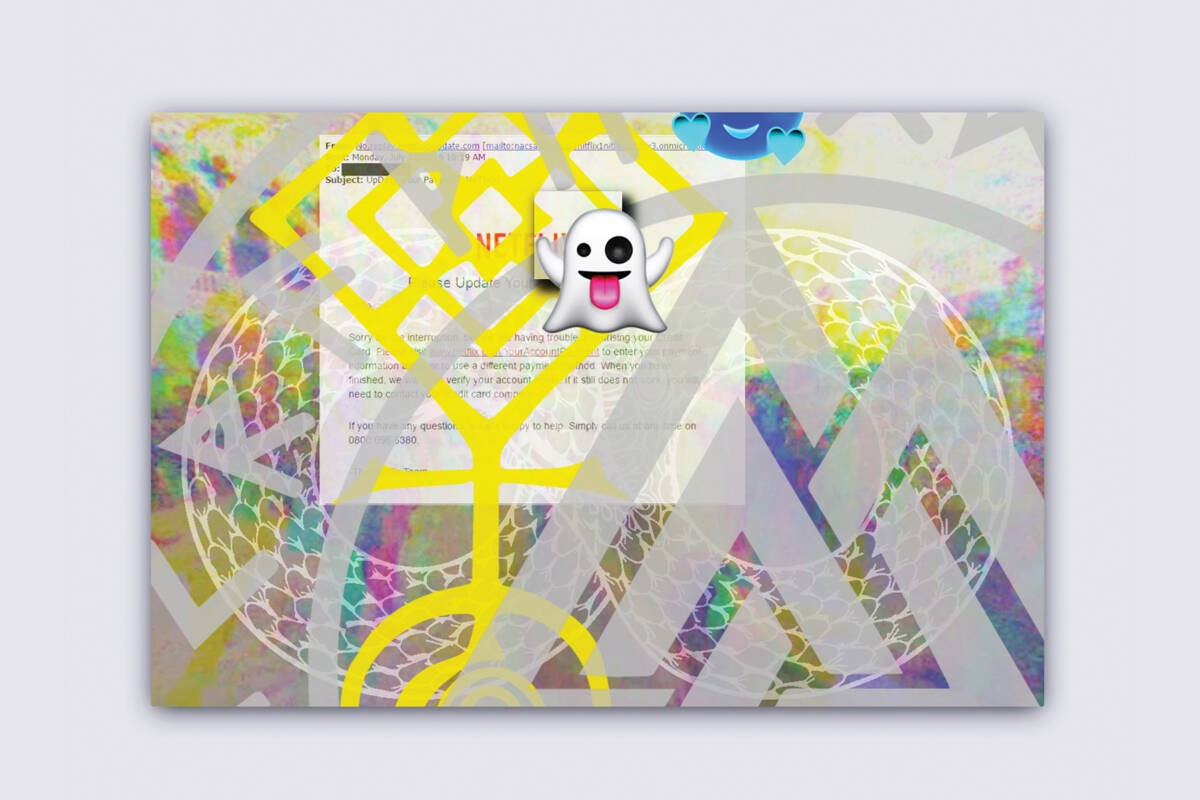 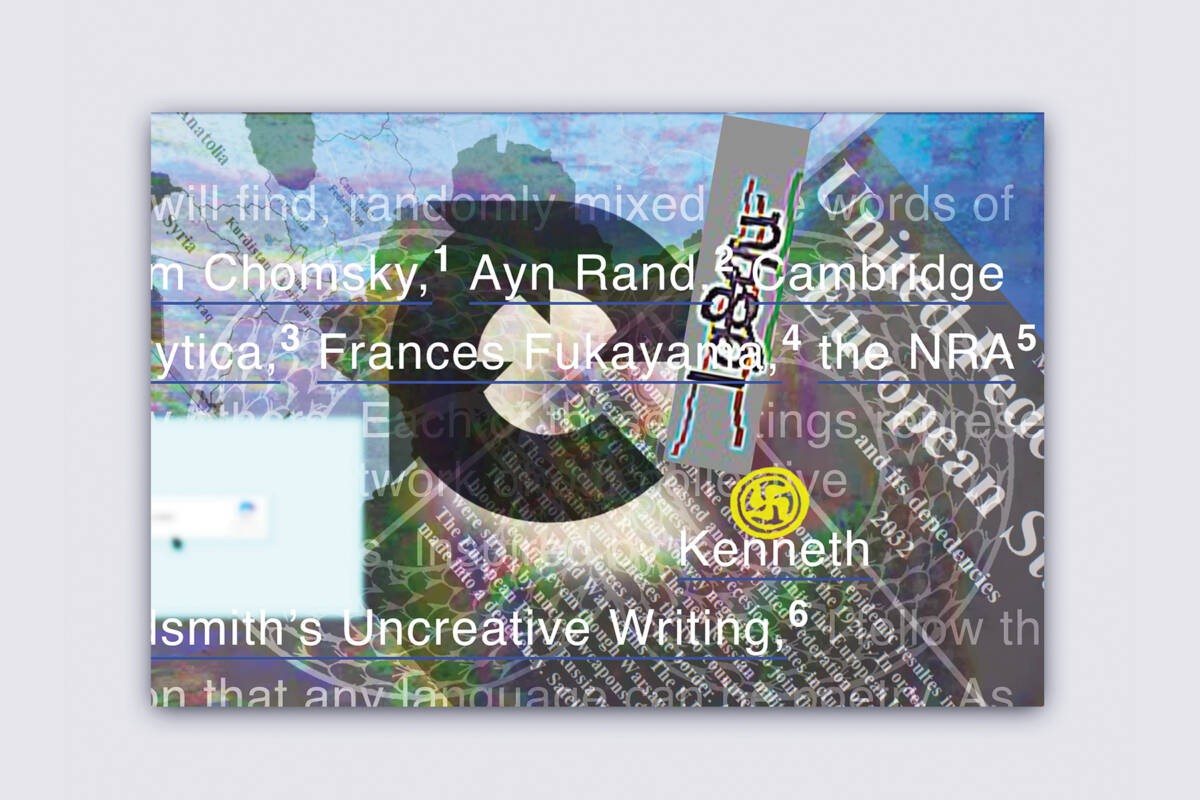 Political discussions among citizens are often limited to recitations of the arguments they have heard from cable news pundits. These commentators are themselves puppets of corporations which privilege conflict above nuanced analysis. The media creates the parameters of debate, the arena for game, and viewers play the role of supporters who cheer along the sidelines; in doing so, they perpetuate the orthodoxies of their tribes’ beliefs. With this project I attempt to disrupt the pre-packaged consumption of ideology, and seek to re-publish rhetoric without context or judgment.

You will find, randomly mixed, the words of Noam Chomsky, Ayn Rand, Cambridge Analytica, Frances Fukayama, the NRA and many others. Each of these writings represent nodes in a network of our collective consciousness. Inspired by Kenneth Goldsmith’s Uncreative Writing, I follow the notion that any language can be poetry. As such, this is not a project concerned with the veracity of claims, but instead with the aesthetic of ideas.